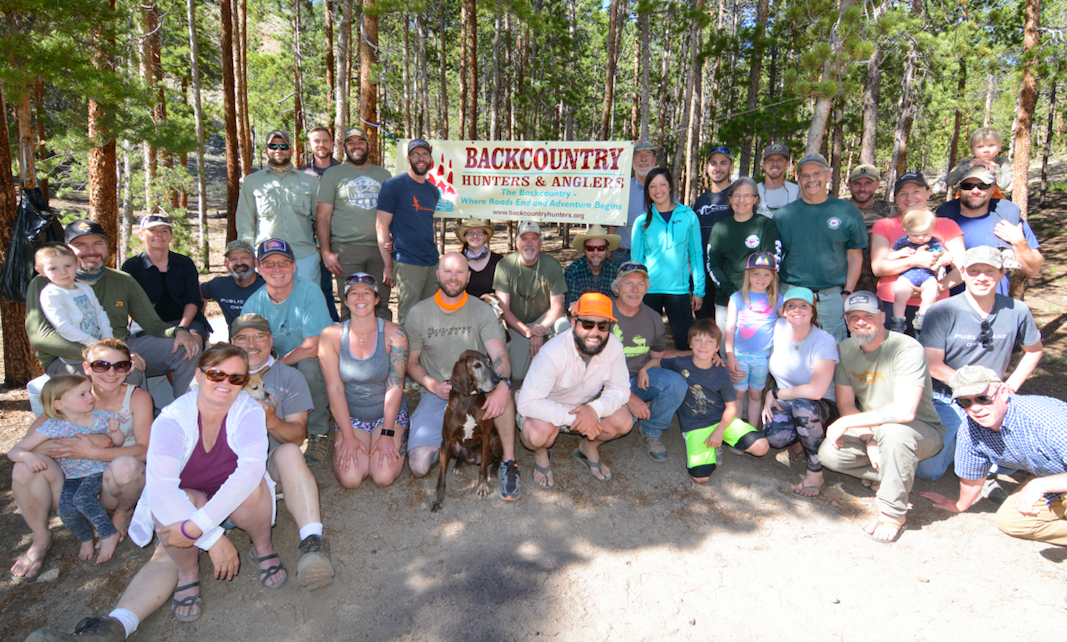 The Colorado chapter of Backcountry Hunters & Anglers (BHA) had another great year! For starters, we significantly increased our boots-on-the-ground presence, adding hundreds of dedicated hunters and anglers to our rapidly growing team of conservationists. We held or participated in events all over the state, grew our Habitat Watch Volunteer (HWV) program and expanded the Chapter Leadership Team (CLT), all of which mirror BHA’s rapid growth trajectory and increasing effectiveness across the country and North American continent.

During the first half of 2019, we held our first formal CLT strategic planning session (in March), organized or participated in 40 activities and events across the state, added 11 leaders to the CLT, expanded the HWV program with 11 new volunteers, and held our 11th annual Colorado BHA Rendezvous. For additional information see: “Colorado Backcountry Hunters & Anglers Mid-Year-Report/Update: June 2019.” Backcountry Hunters & Anglers: 7/1/19. 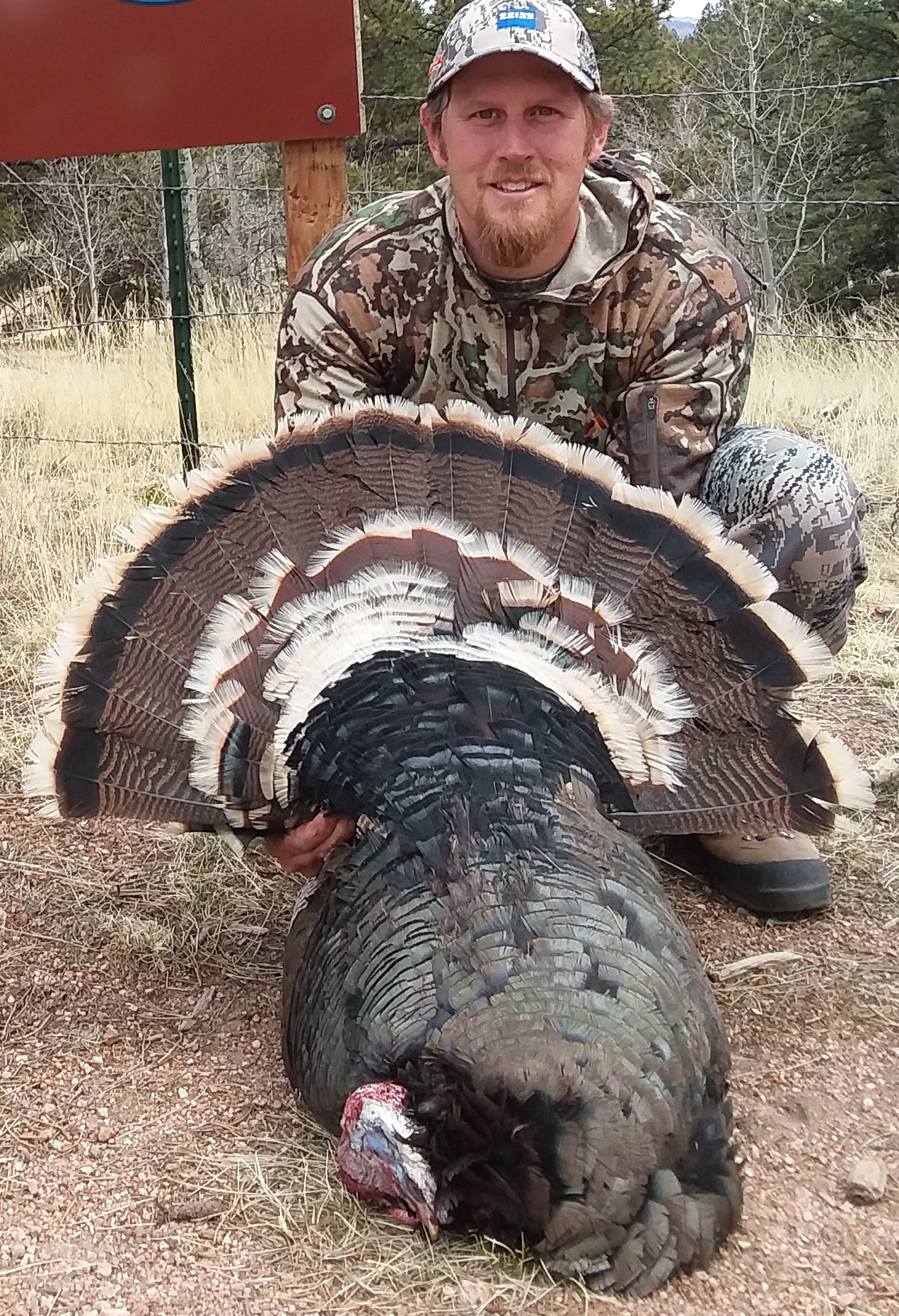 During the second half of 2019, we kept the pedal down and—despite hunting season(s) becoming our primary focus—organized or participated in another 22 activities and events, bringing the tally for the year up to 60-plus!! This yearlong whirlwind of Colorado BHA events/activities helped us recruit nearly 500 new members and shot our total membership up to over 2,900 hunter-angler-conservationists.

“A tip of the hat to the California (659), Michigan (592) and Colorado (494) chapters for helping bring-in the largest net increase of dues paying members in 2019!” Tim Brass, BHA State Policy & Field Operations Director, said. “Thanks to efforts by many of you, we busted the 40,000 member mark continue to grow faster than any other conservation organization in North American!”[1] 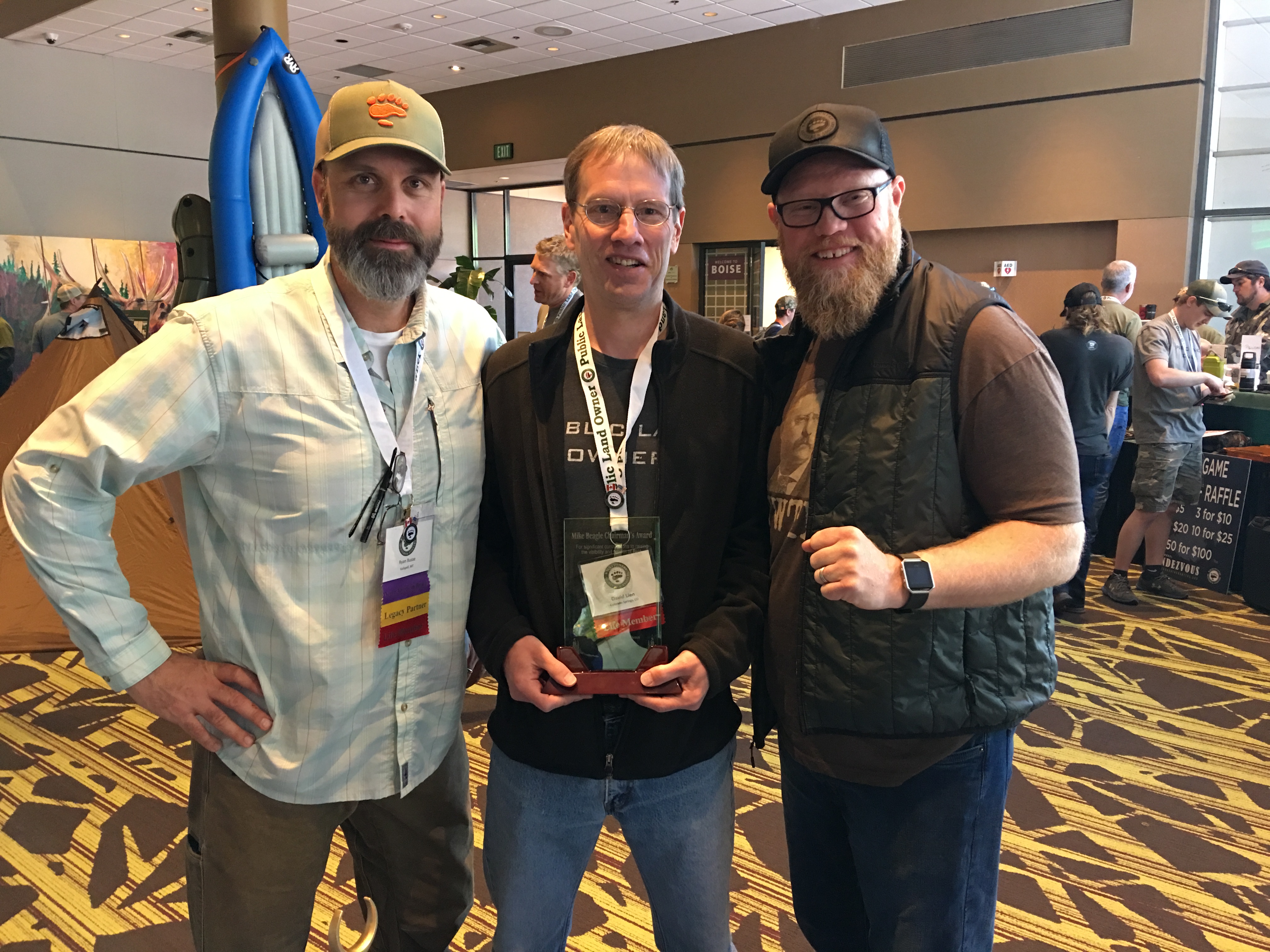 At the Backcountry Hunters & Anglers 8th Annual North American Rendezvous in Boise (during May), chapter co-chair David Lien received BHA’s Mike Beagle-Chairman’s Award, which is bestowed to an individual who shows outstanding effort on behalf of Backcountry Hunters & Anglers. The award is named after Beagle, a former U.S. Army field artillery officer, who started BHA with the “Gang of Seven” around an Oregon campfire in 2004.[2] 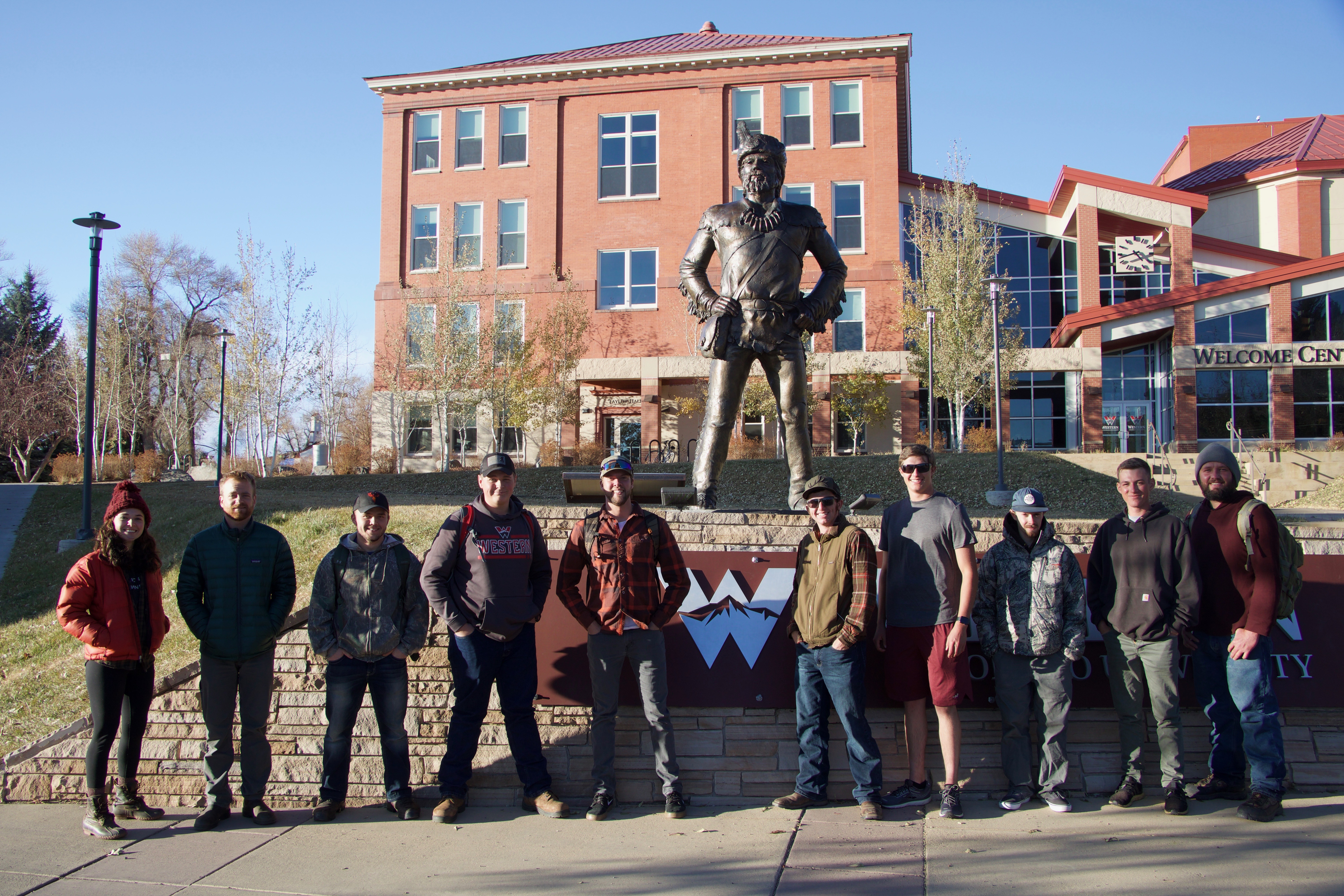 Last but not by a long shot least, Colorado BHA was recognized in the Backcountry Hunters & Anglers 2019 Policy Roundup, “State Accomplishments” section. As stated there: “Years of hard work by BHA was recently rewarded in Colorado when the state approved the expansion of public recreational access on 500,000 acres of state trust lands that were previously closed to public use, with 100,000 acres opened immediately to the public in 2019.”[3]

Colorado BHA was the first Backcountry Hunters & Anglers state chapter, founded in 2005. “During July 2006, I accepted an offer from Colorado BHA founder David Petersen to become his chapter co-chair, when Colorado was the only BHA state chapter in the country,” said chapter co-chair, David Lien (a former U.S. Air Force officer). “We had 50 members at the end of that year. Now, we have almost as many Chapter Leadership Team members and nearly 3,000 boots-on-the-ground members!”

“BHA’s growth in Colorado and across the North American continent has been nothing short of astounding,” David added. “I’ve been told many times over the years that BHA would never make it because we weren’t doing what other sportsmen’s groups were doing and/or we weren’t catering to a specific political demographic. It turns out that’s exactly why we’ve been so successful.”

During 2019, BHA added eight new chapters: in Indiana, Illinois, Kansas, Kentucky, New Jersey, Oklahoma, Tennessee and the Yukon. There are now chapters in 45 states, two Canadian provinces, one Canadian territory and the District of Columbia. BHA membership grew to a remarkable 40,000, with members in every U.S. state, Canadian province and territory.[4]

“Our ultimate goal is to inspire, empower and inform our boots-on-the-ground members to help them do whatever it is they want to do within the broad parameters of BHA’s wildlands and wildlife protection mission,” David says. “What started around a campfire in 2004 with Mike Beagle and the Gang of Seven has grown into a forest fire! And in the words of BHA President and CEO, Land Tawney: ‘The best ideas come from around a campfire.’”[5]

“When game animals were scarce or absent … hunters … stepped forward as conservationists … When it came time to protect the fading wilderness, the idea for its preservation found its birth around the hunter’s fire.” –Jim Posewitz, Inherit The Hunt[6]