The Colorado chapter of Backcountry Hunters & Anglers (BHA) held their 11th Annual Rendezvous (May 31 – June 2, 2019) in the midst of the Pike-San Isabel National Forest south of Leadville near the Twin Lakes Reservoir(at the Lakeview campground) and Mount Elbert (14,433 ft.), Colorado’s highest peak. A group of forty hunters and anglers from across the state enjoyed a weekend of camping, hiking, fishing, wild game cooking/eating and second to none comradery. 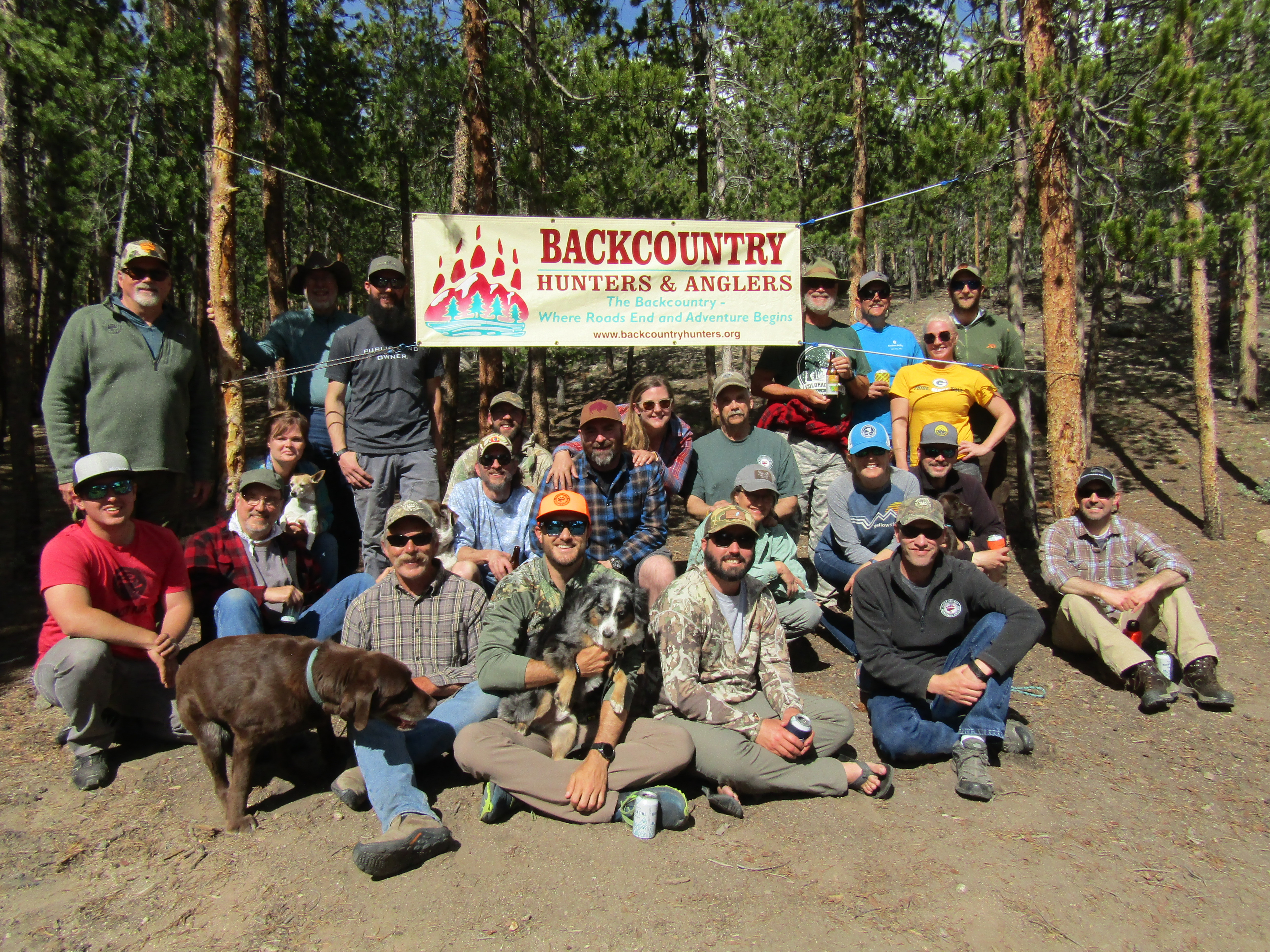 The Pike-San Isabel NF contains all or parts of nine Wilderness areas and Twin Lakes is a great place to start exploring this scenic and lofty expanse of our great public lands estate. The weekend got started Friday afternoon and evening with an extended social hour and a group campfire. Saturday morning folks dispersed to go hiking, fishing or exploring the local area. Conditions were excellent for all of the above activities.

“I have fished this location four of the last five years, and it’s never been as good as this weekend,” said Colorado BHA Front Range Sponsor/Events Coordinator, Russell Bassett. “A couple folks got their first Colorado trout limits and we were able to have a taste-off between lakers, browns, holdover bows and this-year’s stockers.” In addition to fishing and hiking, some BHAers visited nearby Camp Hale.

Tucked in a high mountain valley in Eagle County, 17 miles north of Leadville, Camp Hale was home base for the renowned World War II 10th Mountain Division.[1] From November 1942 through June 1944, some 15,000 troops learned to rock climb, perform military maneuvers on skis and endure a brutal climate in the vast expanse of forests and mountains surrounding Camp Hale in preparation for mountain warfare.[2]

“As a former Air Force officer, I’m particularly pleased that this legislation designates the legendary Camp Hale as America’s first-ever National Historic Landscape,” Colorado BHA co-chair, David Lien (a former U.S. Air Force officer), said. “The CORE Act honors the legacy of our World War II veterans and protects some of the great public lands estate so many of them made the ultimate sacrifice to perpetuate and defend. We ask Senator Cory Gardner to co-sponsor this commonsense legislation.”

We also had perfect weather (not a drop of rain), excellent fishing (ask Russ Bassett, the trout whisperer, for details) and great discussions, including with DNR Deputy Executive Director Tim Mauck, DWM Kevin Madler, BHA Conservation Director John Gale and BHA State Policy and Field Operations Director Tim Brass. As is tradition at Colorado BHA Rendezvous, there was also a whiskey bottle or two passed around the campfire late into the evening.

“Thank you to everyone who was able to attend and contribute wood, food and wild game. Beer was provided compliments of New Belgium Brewing and Northern Colorado Co-Regional Director, Justin Cross, the beer whisperer,” Colorado BHA co-chair, Don Holmstrom, said. “The comradery at our annual Rendezvous is inspiring. We all look forward to Colorado BHA’s continued growth and increased effectiveness at protecting and perpetuating our great public lands hunting and angling heritage.”

Just in the last year-and-a-half the Colorado BHA chapter has grown from about 1,000 members in December 2017 to 1,500 members (June 2018), then 2,000 members (Dec. 18) and to over 2,700 members as of June 2019. And we’ll likely surpass 3,000 members before fall. In the words of Land Tawney, Backcountry Hunters & Anglers president and CEO: “Our secret sauce. You all know what that is … it’s our unwavering outspokenness for fish and wildlife and their habitat … period.”

Don’t forget to mark your calendars for Colorado BHA’s 12th Annual Rendezvous, which will tentatively be held during the weekend of June 12-14, 2020. And the next BHA North American Rendezvous will be held in Missoula, Montana (June 4-7, 2020). As BHA founder, Mike Beagle, said, “BHA is getting better and better. The best is yet to come!”

Founded by Mike Beagle, a former U.S. Army field artillery officer, and formed around an Oregon campfire, in 2004, Backcountry Hunters & Anglers is the sportsmen’s voice for our nation’s wild public lands, waters and wildlife. With some 37,000 members spread out across all 50 states and 13 Canadian provinces and territories—including chapters in 45 states, two Canadian provinces and one territory, and Washington, D.C.—BHA brings an authentic, informed, boots-on-the-ground voice to the conservation of public lands. Since the Colorado BHA chapter was founded by David Petersen (a former U.S. Marine Corps helicopter pilot) in 2005 (the first official BHA chapter), they’ve grown their boots-on-the-ground presence to over 2,700 dedicated hunters and anglers.[3]