The Colorado chapter of Backcountry Hunters & Anglers (BHA) has been adding boots-on-the-ground members, holding events and leading activities, growing its Habitat Watch Volunteer (HWV) program and expanding its Chapter Leadership Team (CLT) at an unprecedented rate during 2019, which is reflective of BHA’s rapid growth trajectory across North America. 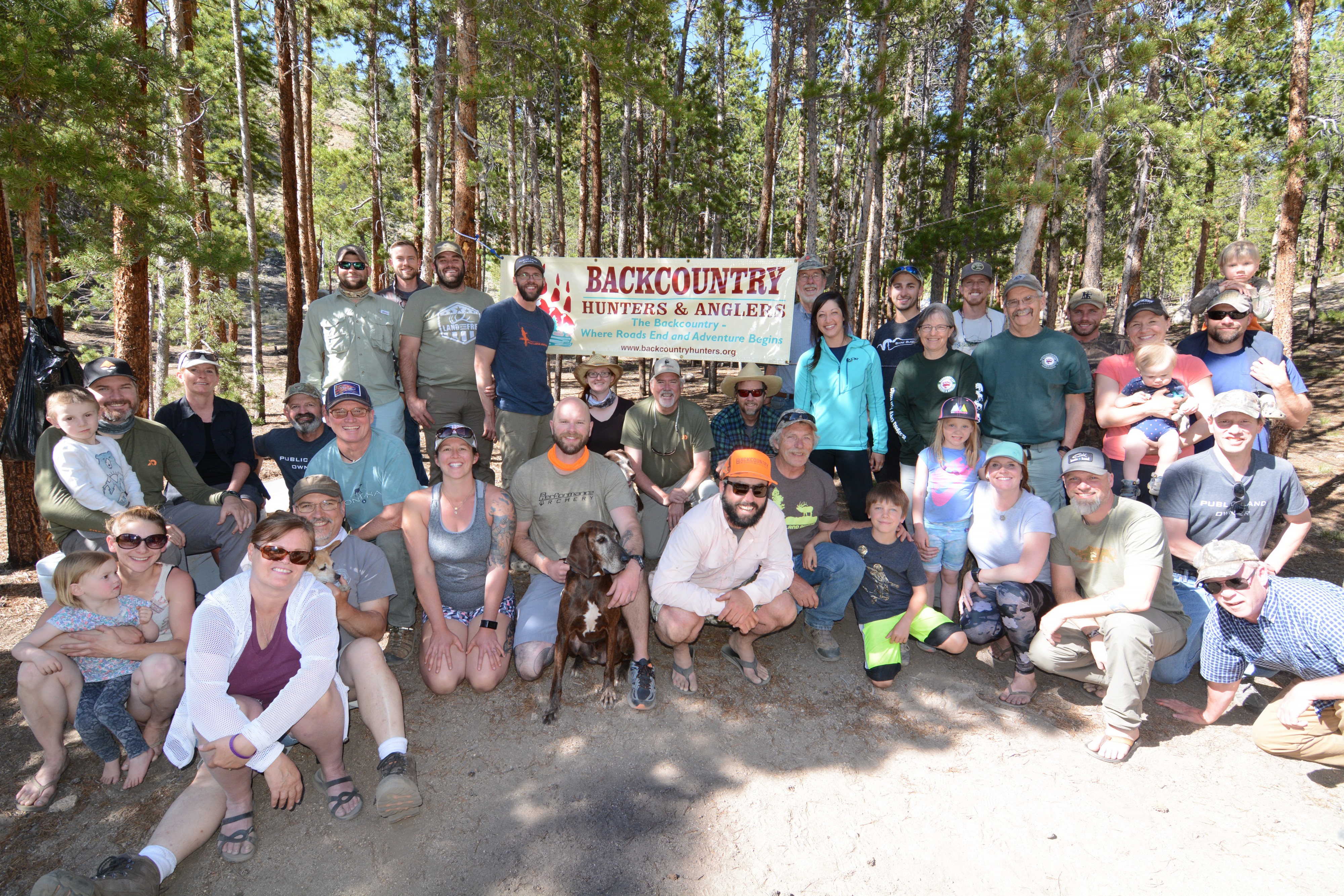 As of June 30, 2019, the chapter has also organized or participated in some 40 activities and events across the state—including our 11th Annual Colorado BHA Rendezvous—reaching out to current and potential members from the West Slope to the Front Range and eastern plains. This has been made possible by our rapidly expanding base of Colorado BHA members (approaching 2,800 members, up from 2,000 in December 2018) and our second to none boots-on-the-ground volunteers in combination with a steadily growing team of chapter leaders.

John Duke and Grant Whittey joined as HWVs for the Arapahoe-Roosevelt National Forest (ARNF) while Matt Bourget came onboard for the San Isabel NF. We also added James Chirash and Shane Callaghan for the ARNF and Marissa Savino for the San Isabel NF along with Roy Anderson in the Uncompahgre NF. In addition, Peter Henderson, Justin Armstrong and John Pezzin also joined the HWV ranks for the ARNF and Nick Arndt is a HWV for the White River National Forest.

“Our ultimate goal is to inspire, empower and inform our boots-on-the-ground members to help them do whatever it is they want to do within the broad parameters of BHA’s wildlands and wildlife protection mission,” said chapter co-chair, David Lien (a former U.S. Air Force officer). “We want to help ensure that our great public lands hunting and angling heritage is here for future generations of outdoorsmen and women,” added chapter co-chair, Don Holmstrom. “Collectively, when we all do a little, we accomplish a lot!”

And thanks to the boots-on-the-ground efforts of dedicated hunter-angler-conservationists across Colorado and North America, BHA is the nation’s fastest growing conservation group. We currently have chapters in 45 states, two Canadian provinces and one territory, and Washington, D.C., with a coast-to-coast sweep expected by the close of 2019. “We’ll probably be in all 50 states by the end of the year,” said BHA North American board chair, Ryan Busse.1

“Part of BHA’s brand has been its mishmash of all ages, locations and background of its member hunters and anglers,” Nicole Blanchard explained in the 5/5/19 Idaho Statesman. “Now the group is harnessing that reputation to bring an even more unusual demographic to its ranks: outdoorsmen and women who don’t hunt or fish,” Blanchard said.2

“Backcountry Hunters & Anglers is here to protect public lands but also to be a conduit for our appreciation of them. BHA is a cross section of the outdoor community,” said Ryan Callaghan, a BHA board member. “If you love being outside you’ve found your group.”3 “Hunting and fishing is in our name but … we appeal to anyone who cares about public lands and public waters,” said BHA President and CEO, Land Tawney. “Public lands belong to all of us.”4

Founded by Mike Beagle, a former U.S. Army field artillery officer, and formed around an Oregon campfire, in 2004, Backcountry Hunters & Anglers is the sportsmen’s voice for our nation’s wild public lands, waters and wildlife. With some 37,000 members spread out across all 50 states and 13 Canadian provinces and territories—including chapters in 45 states, two Canadian provinces and one territory, and Washington, D.C.—BHA brings an authentic, informed, boots-on-the-ground voice to the conservation of public lands. Since the Colorado BHA chapter was founded by David Petersen (a former U.S. Marine Corps helicopter pilot) in 2005 (the first official BHA chapter), they’ve grown their boots-on-the-ground presence to nearly 2,800 dedicated hunters and anglers.5