Renowned elk hunter (and Colorado BHA founder) David Petersen describes, in his book A Man Made of Elk, a bugling bull as “an otherworldly music … like a calamitous crescendo of bluesy high notes blown on a saxophone, proclaiming a wildness we can only imagine.” David lives (and hunts) in southwest Colorado’s San Juan Mountains—home to more land above 10,000 feet in elevation than any other mountainous region in the contiguous 48 states.

In total, the CORE Act will protect some 400,000 acres of public lands across Colorado and nearly 61,000 acres in the heart of the San Juans. The San Juan Mountains Wilderness Act portion of this bill is the result of more than 10 years of collaboration among local leaders, businesses and ranchers in San Miguel, San Juan and Ouray Counties. It has passed out of both Senate and House committees with bipartisan support. Former Congressman John Salazar introduced the original bill in 2009.1 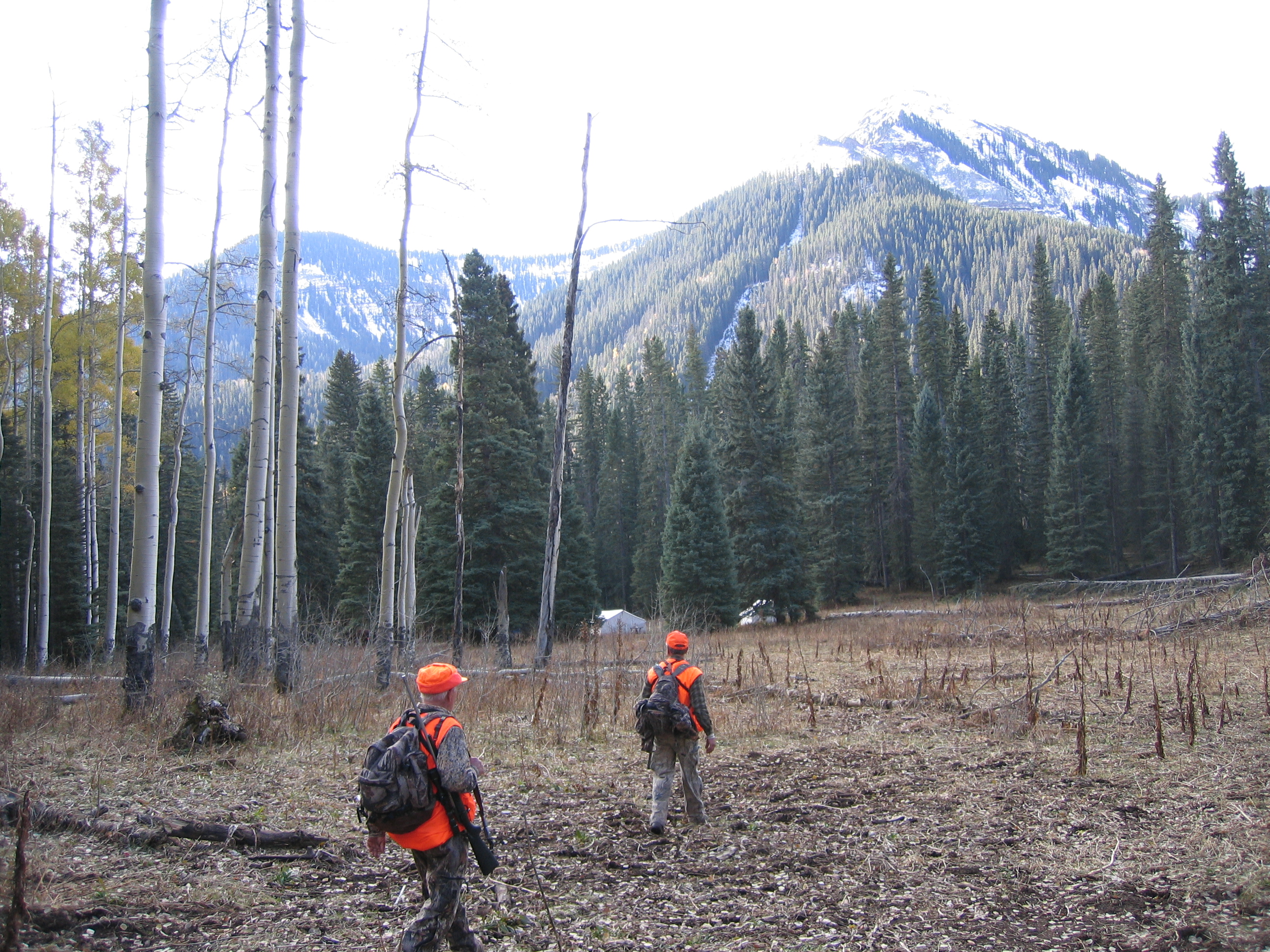 Situated near Telluride, Norwood, Ouray and Ridgway, the CORE Act’s San Juan Mountains footprint protects the headwaters of the San Miguel, Uncompahgre and Animas watersheds, including 17 river miles encompassing 2.5 miles of vital colorado river cutthroat trout habitat.2 Some of the best hunting and fishing in the state would be preserved for future generations.

The San Miguel River watershed, for example, hosts high alpine tundra, sandstone cliffs and everything in between. Colorado river cutthroat trout are found in several canyons and creeks. Elk, mule deer, rocky mountain bighorn sheep and desert bighorn sheep all call the San Miguel basin home at certain times of the year. Their migration corridors would be prioritized and preserved.3

In addition, the act protects one of the best mule deer units in the state and one of Colorado’s largest roadless areas at Sheep Mountain.4 In Eagle County, the CORE Act will create the first-ever National Historic Landscape, preserving nearly 29,000 acres surrounding Camp Hale, which is located 17 miles north of Leadville. The high-altitude camp is where the Army’s 10th Mountain Division trained for combat during World War II.5

As my friend (now deceased), World War II veteran and BHA Life member, Bill Sustrich, once said: “In the simplest terms, without suitable habitat we will have no game; without game, we will have no hunting; without hunting, a precious heritage of our past will be lost forever.” David Petersen, a former U.S. Marine Corps helicopter pilot, adds: “The three-part formula for assuring a rich elk hunting future … could hardly be simpler … Those three essential elements are: habitat, habitat, and habitat.”6

During October 2011, I had the privilege of hunting elk with David in the San Juans. With the first hints of dawn illuminating the eastern horizon, we quietly enter a regenerating aspen grove and find a good location to survey the surrounding ridges. Just before sunup, a lone bull heads our way. The morning calm is shattered by the sharp crack of rifle fire, and it’s over.

David and I patiently wait for several minutes before heading over to the downed bull. As we approach, David gives the elk a gentle poke. Nothing. Its eye has already glassed over. Dead. We’re speechless, as hunters ought to be after the kill. We take solace in knowing that this elk lived a wild and free life right up to the end, and died so that its body could nourish other life—our lives.

Wilderness is the gold standard for wildlife habitat and backcountry hunting and angling, which is why we applaud Senator Bennet and Rep. Neguse for introducing the CORE Act. We urge Colorado’s congressional delegation to co-sponsor this commonsense legislation and Congress to pass this public lands bill.

David Lien is a former Air Force officer and co-chairman of the Colorado Backcountry Hunters & Anglers. He’s the author of “Hunting for Experience: Tales of Hunting & Habitat Conservation” and during 2014 was recognized by Field & Stream as a “Hero of Conservation.”7