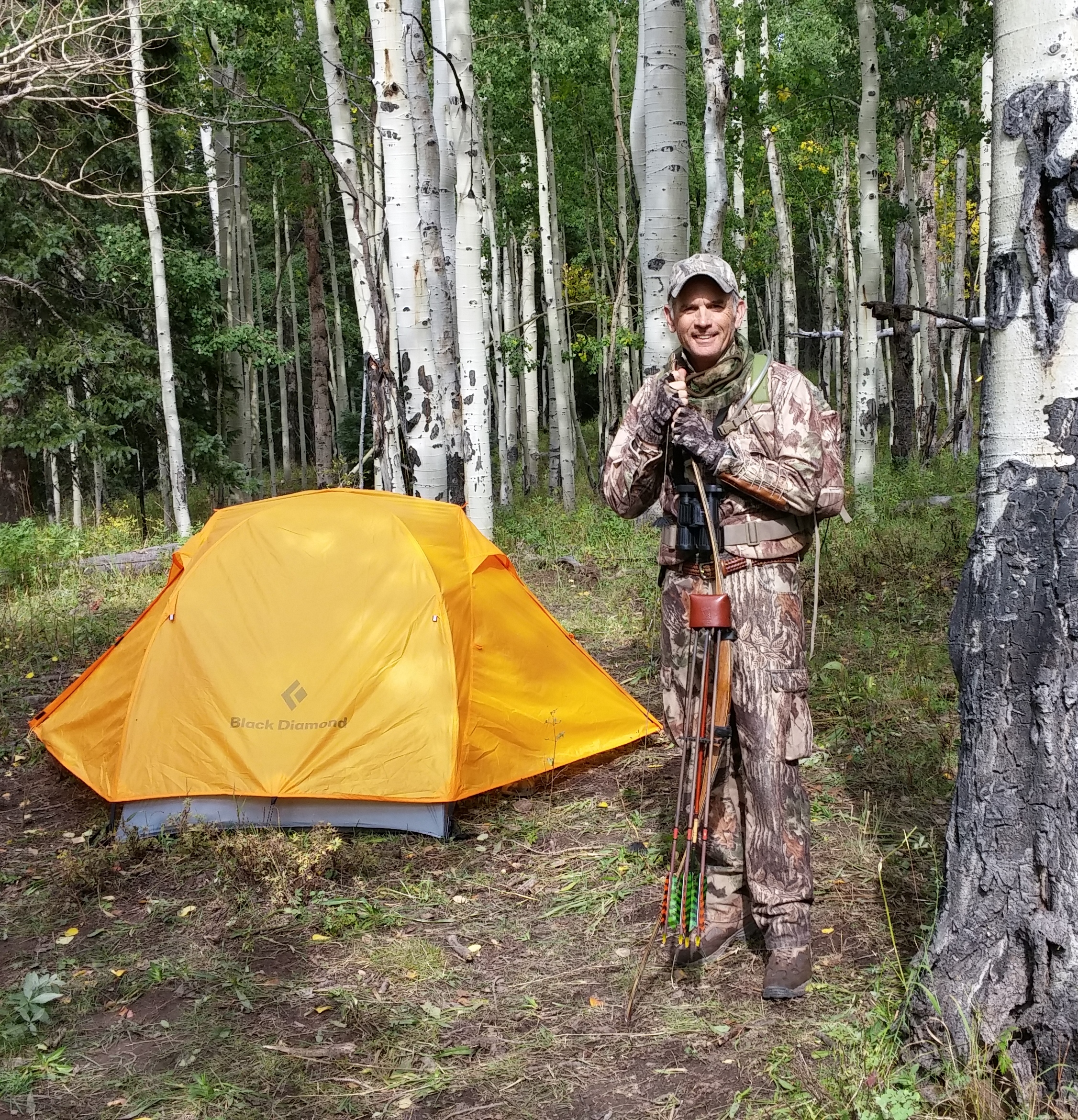 During the summer of 2017, Dan (a Doctor of Veterinary Medicine) initiated a Volunteer Signage and Bighorn Observation Program on the Weminuche Wilderness landscape in southwest Colorado’s San Juan Mountains. Weminuche bighorn sheep are listed by the U.S. Forest Service as a sensitive species, meaning there is concern for their long-term viability. Domestic sheep carry strains of pneumonia that are devastating for bighorn sheep. Terribly, a single outbreak can kill most bighorn sheep in a herd.

The bottom line is that when domestic sheep and bighorn sheep come in contact, the bighorns lose. “Our goal in launching this Bighorn Observation program was to raise awareness of the historic and actual presence of bighorns in the Weminuche,” Dan said. “We wanted to get BHA members and other interested individuals out on the landscape looking for bighorns that may be wandering in or near active domestic sheep grazing allotments.”

“In our first-year effort we found significant interest by sportsmen and other wildlands users in the long-term viability of bighorns in the Weminuche,” Dan added. “However, most of the sportsmen and volunteers we contacted had only limited understanding of the threat that bighorns face from exposure to domestic sheep grazing on their historic home range. Public education is critical moving forward.”

Both Dan and David know from firsthand experience that wilderness is the gold standard for wildlife habitat and backcountry hunting and angling. In other words, it’s key to bigger bucks, bigger bulls and better fishing! Dan explained this important habitat requirement to those attending a Colorado Wilderness Conference (hosted by the Colorado Mountain Club) in Buena Vista, Colo. (May 10-11, 2019).[2]

He put together two detailed presentations for the conference regarding using citizen science to protect/promote bighorn sheep in Colorado and the importance of wilderness from a sportsmen’s perspective. Colorado BHA has received positive feedback from multiple attendees on Dan’s presentations (see two examples below), and as Dan said: “I am glad to talk with folks about the presentations and hope that they can be used by members.”

Dan is happy to provide copies of these PowerPoint presentations to anyone who might be interested (contact him at [email protected]). Just ask him for his “Using Citizen Science to Protect and Promote Bighorn Sheep in SW CO” & “A Sportsmen's Perspective: The Importance of Wilderness” presentations.

“Dan is leading the way in Southwest Colorado for BHA members and many others looking to protect both bighorns and wilderness in the high and wild San Juan Mountains,” said Colorado BHA co-chair, David Lien(a former Air Force officer). “We need many more like him.”

Founded by Mike Beagle, a former U.S. Army field artillery officer, and formed around an Oregon campfire, in 2004, Backcountry Hunters & Anglers is the sportsmen’s voice for our nation’s wild public lands, waters and wildlife. With over 37,000 members spread out across all 50 states and 13 Canadian provinces and territories—including chapters in 44 states, two Canadian provinces and one territory, and Washington, D.C.—BHAbrings an authentic, informed, boots-on-the-ground voice to the conservation of public lands. Since the Colorado BHA chapter was founded by David Petersen (a former U.S. Marine Corps helicopter pilot) in 2005 (the first official BHA chapter), they’ve grown their boots-on-the-ground presence to over 2,700 dedicated hunters and anglers.[3]