Colorado Backcountry Hunters & Anglers held a “Campfire Stores: A Public Lands & Military Event” in Colorado Springs on Thursday, August 1 (at Stargazers Theater), featuring the stories of six individuals and their experiences in the backcountry. The event also highlighted the sacrifices of our military members and the organizations that seek to provide them with hunting, fishing and other opportunities, including American Heroes In Action, the Wounded Warrior Project, Freedom Hunters and Switching Camo. 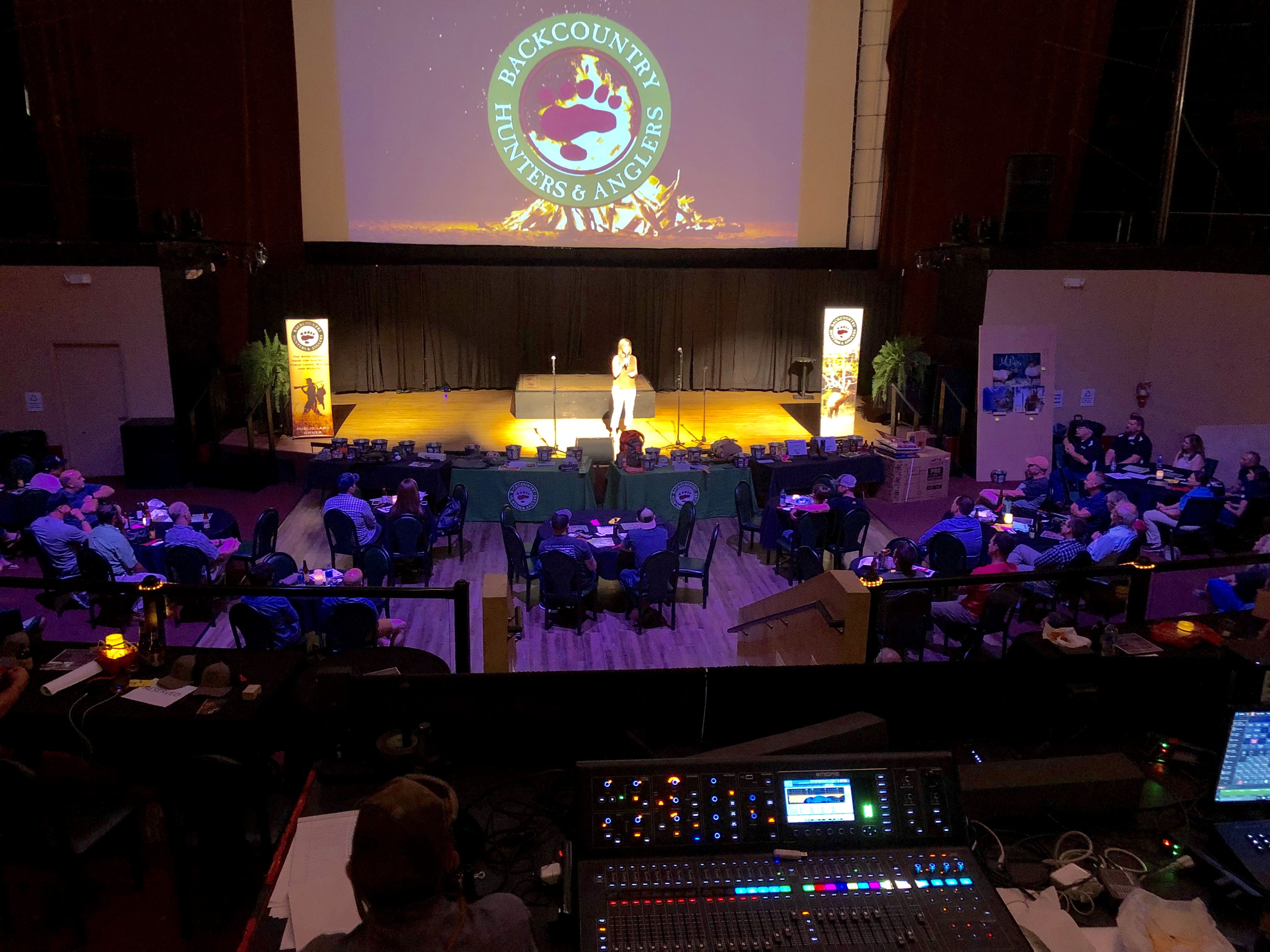 One speaker, Robin Brown, spent eight years as an attack helicopter pilot in the U.S. Army, deploying twice to Iraq. Thirteen years after leaving the military, Robin returned to Iraq to climb and ski Iraq’s tallest mountain as part of a veteran’s project called Adventure Not War, which rediscovers conflicted countries as tourism destinations.

Today Robin is the Executive Director for the Grand Junction Economic Partnership in Grand Junction, Colorado—a city that depends on its public lands for a healthy and diversified economy. Robin and her family spend most of their time outdoors hunting, fishing, boating, hiking, biking, running and camping. She also serves as the West Slope hunting representative for Colorado’s Wildlife Council.

“Thanks again for the invite to Campfire Stories. As you know, I believe in what you guys are doing,” said Dave Proffit, president/founder of American Heroes in Action. “I was thinking about the impact the backcountry has had on me and on the lives of the many veterans I work with … the money we raised on the auction … I would like to donate my half back to BHA. I want you guys to use that money to preserve and protect wild places for me to take combat wounded veterans fishing and hunting. If you are considering holding the event again next year, American Heroes in Action would like to participate.”

Randy Newberg also made a video appearance, with a recorded message thanking our military men and women who not only fight for our country, but for our public lands. “Once again the volunteers of the Southeast Colorado Group knocked it out of the park with Filson’s Campfire Stories,” said Southeast Group Regional Director, Ty Woodward. “A huge thanks to our superb speakers and wonderful sponsors. Also, thank you very much to our chapter coordinator, Brien Webster, for providing the support we needed to make the event the most successful ever for Colorado BHA!!”