Luke was raised in Oklahoma and Denver, then moved to Steamboat Springs as a ski bum, followed by various stops around the country, eventually earning a degree in Environmental Engineering. Luke always had an interest in hunting and started elk hunting after he and his wife moved back to Steamboat five years ago.

“My friend has been a mentor,” Luke said, “I also take in as much as I can by observing and listening to other friends who hunt and celebrities that I follow such as Cameron Hanes, John Dudley, Adam Greentree, and Remi Warren. Also, my wife and I have four goats that we are training to be pack goats to assist in my hunting.”

“I’m not much of a fisherman,” Luke added, “but it doesn’t stop my friends from trying to influence me. I can’t afford another hobby at this point! I think our goals align though, and that’s protecting fish and wildlife, and advocating for fisherman and hunters that provide so much to our economy and natural resources.”

He hunts mostly with a bow, but also uses a rifle. Luke primarily hunts big game and small game on public lands but is also looking to try waterfowl hunting. He works for the State of Colorado as a Water Commissioner and lives outside of Steamboat Springs.

“I’m interested in providing a voice for backcountry hunters and anglers in this area,” Luke said. “I also support the organization Keep Routt Wild and think the two organizations have common ground.” He first heard about BHA through a fellow member.

“We are pleased to have a growing contingent of dedicated chapter leaders like Luke leading our wildlands and wildlife preservation efforts across the state,” said chapter co-chair David Lien (a former Air Force officer). “Our growing boots-on-the-ground presence in Routt County combined with Luke and other hunter-angler-conservationists volunteering as Group leaders will greatly enhance BHA’s efforts on behalf of our wild public lands, waters and wildlife. We need many more like him!” 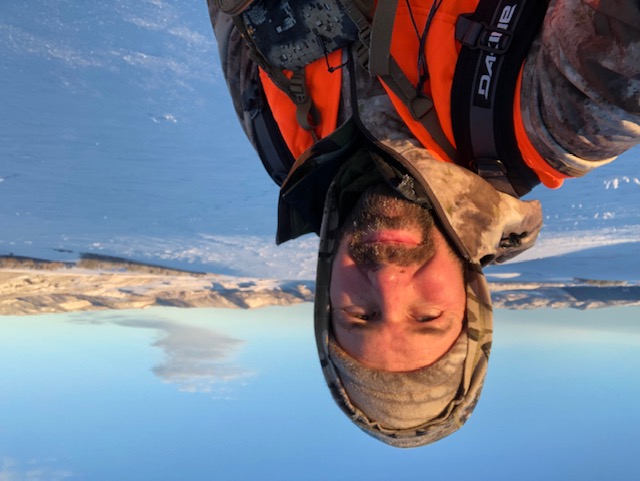