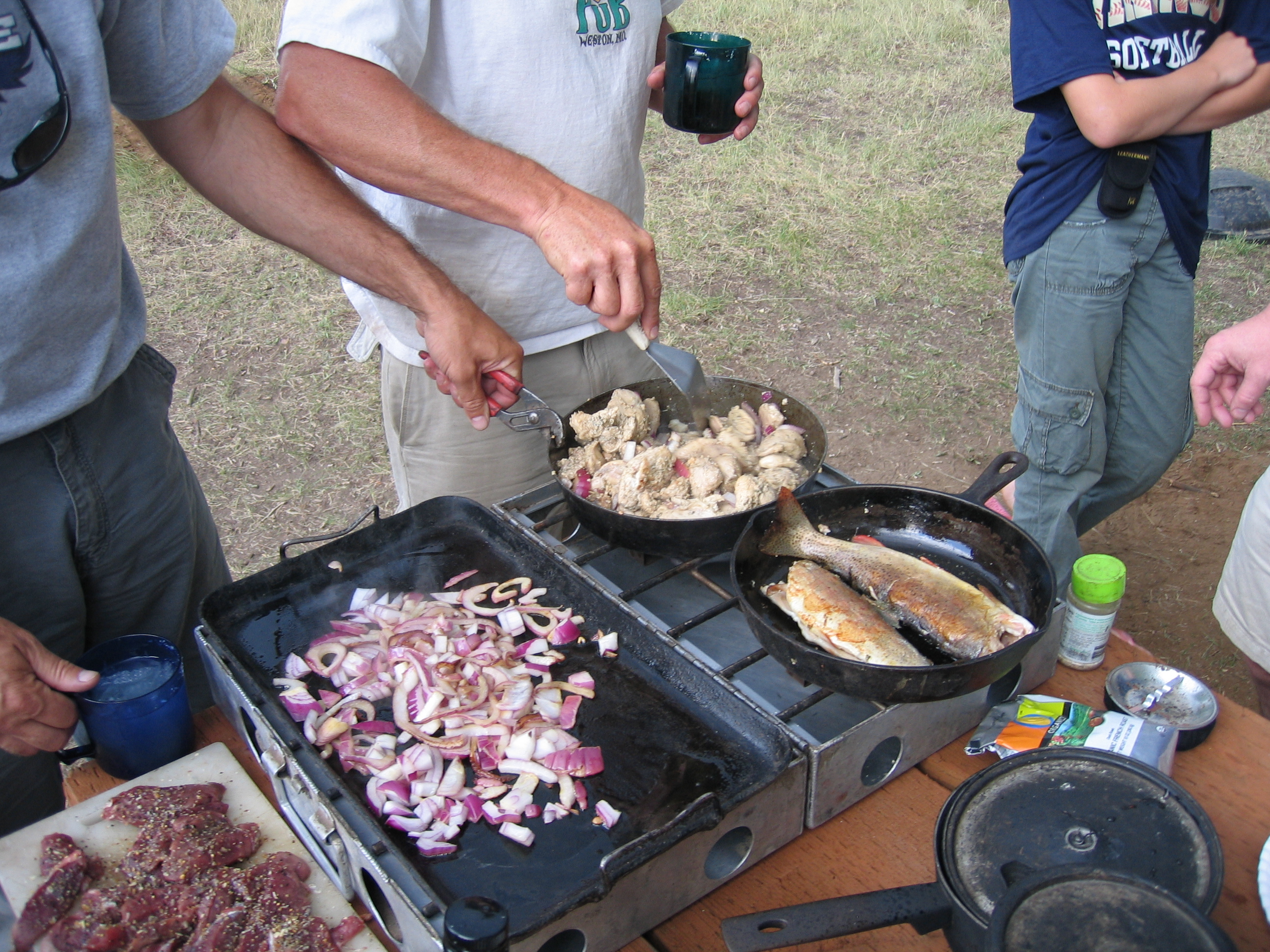 Hope can be a double-edged sword that cuts deep, for better or worse. During my over twenty years working as a federal financial institution regulator, I’ve been in a few shops experiencing severe, if not fatal, difficulties. In some cases, I had to remind officials that, “Hope is not a strategy.”

However, when combined with imagination and pragmatism, hope is potent and vital motivator—as long as it doesn’t blind us to the reality of the obstacles in our way. As World War II General George S. Patton (U.S. Third Army) said, “Take calculated risks. This is quite different from being brash.”

When Backcountry Hunters & Anglers founder Mike Beagle—a former U.S. Army field artillery officer—and six of his hunting-angling friends (the “Gang of Seven”) stood around that prophetic campfire in southern Oregon during March 2004, they had hope that a new hunter-angler-conservation organization—inspired by the political activism of Theodore Roosevelt and Land Ethic of Aldo Leopold—could be North America’s voice for our wild public lands, waters and wildlife.[1]

It was a calculated risk and a journey that started a year earlier as a whiskey-fueled idea. “Back in 2003 (as best old Gramps can recall), I was invited to speak about hunting and politics at a national meeting of Republicans for Environmental Protection (REP), held that year in Albuquerque,” David “Elkheart” Petersen (a former U.S. Marine Corps helicopter pilot) wrote in the March 2014 Huffington Post.[2]

“That evening … I relaxed in the lounge sipping Crown Royal doubles with Mike Beagle, a ‘Roosevelt Republican’ and hunter-conservationist from Oregon who had arranged for me to be there,” David said. “Beginning where my talk had ended, Mike and I soon fell to discussing … a nonprofit organization built firmly upon Aldo Leopold’s ‘land ethic.’”[3]

“The next morning, a bit bleary-eyed from the long evening of barroom campfire philosophizing, Mike and I went our separate ways home,” he added. “And frankly, I figured that would be the end of that, as whisky-inspired daydreams rarely prove to have sturdy legs … To my surprise, a few months later I got a call from Mike … While for me, it had been mere wishful thinking, for Beagle it proved a call to action.”[4] 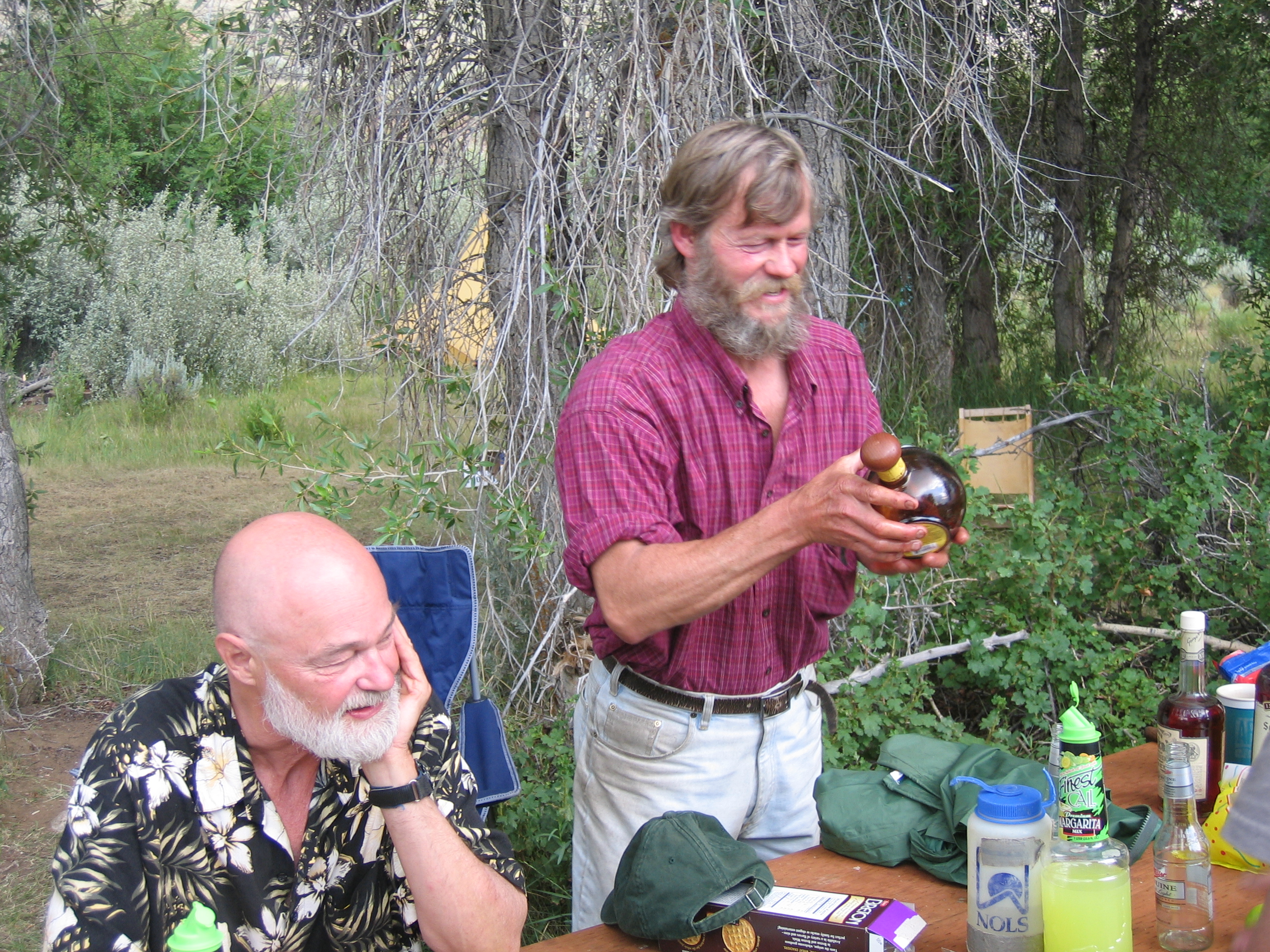 During March 2005, after receiving an invite from Mike Beagle, I joined BHA. During July 2006, David Petersen appointed me as his Colorado BHA co-chair and later (during January 2007) I started an eight-year stint on the BHA North American Board.[5] We held our annual meeting that year at the National Outdoor Leadership School (NOLS) Ranch near Boulder, Wyoming. Other board members in attendance included Mike, David, Tim Lillebo, Brian Maguire, Dave Glenn and Tom Reed.

During the weekend, we pondered and planned BHA’s future fueled by equal parts hope, wild game and whiskey chasers. As former Denver Post outdoors editor Scott Willoughby (recipient of BHA’s 2014 Ted Trueblood award) observed, “If there’s one organization that knows how to mix business with pleasure in the outdoors, it’s Backcountry Hunters & Anglers (BHA), which was essentially created over a glass of Crown Royal and the sobering ethics of Aldo Leopold.”[6]

We imagined a future BHA with members and chapters across the country and continent. “Everything happens twice; first in our imagination, and then in our reality,” wrote Steve Ramirez in the Summer 2020 issue of Trout.[7] To help get us there, during 2011 we hired Jim Akenson, BHA’s first executive director.[8] The first North American Rendezvous was held in Missoula during 2012.[9] Current BHA president and CEO Land Tawney joined the fray during 2013.[10]

The first state chapter was started by David Petersen in Colorado. Today, BHA has over 40,000 members spread out across all 50 states and 13 Canadian provinces and territories—including chapters in 48 states, two Canadian provinces and one territory, and Washington, D.C. More recently, the COVID-19 pandemic has presented us—and the world—with unprecedented challenges, but out of every crisis opportunities arise.

Life is, in great part, about continually adapting and overcoming obstacles (i.e., problem solving). That’s inherently how all backcountry hunters operate in the field, so we know the drill as well as anyone. Some problems are small and can be fixed on the fly while others may require years or decades of collaborative efforts.

In the Summer 2020 issue of Trout, former BHA board member Tom Reed wrote, “For a few short weeks in the spring of 2020, the skies over the world’s great cities—New York, Milan, New Delhi, London, Beijing, Jakarta, Islamabad, Los Angeles—cleared and cleaned, showing us what a future without fossil fuel might look like. The pessimist might say that this will never last, but the optimist will search for ways to ensure that it can.”[11]

Hope is not a strategy, but without it we’d be lost. It’s the spark that helps feed our appetite for tackling change and taking calculated risks. When mixed with equal parts Teddy Roosevelt, Aldo Leopold and Crown Royal, you have a combustible combination for conservation, the recipe that helped transform BHA’s founding campfire into a forest fire. Where does hope live? It lives in our burning desire to make a difference, to be the voice for our wild public lands, waters and wildlife.

David Lien is a former Air Force officer and co-chairman of the Colorado Backcountry Hunters & Anglers. He’s the author of “Hunting for Experience: Tales of Hunting & Habitat Conservation” and during 2019 was the recipient of BHA’s Mike Beagle-Chairman’s Award.[12]