In the Spring 2020 Backcountry Journal, editor Zack Williams penned a piece, “Reactivated,” describing how he started bowhunting at an early age, but then drifted away from hunting later in life, only to return upon discovering “this small but rapidly growing organization called Backcountry Hunters & Anglers.”[1]

After completing a college degree and Air Force ROTC at the University of Minnesota-Duluth, followed by four years of service as a missile launch officer, I moved to Colorado.[3] Once there, the mountains grabbed hold and hunting took a backseat to bagging the state’s many 14,000-foot peaks (14ers), then tackling mountains in other states and, eventually, on all seven continents (the Seven Summits).[4]

During February 2005, I received a letter from Backcountry Hunters & Anglers founder Mike Beagle. “David, I read your excellent and articulate letter to President Bush in the REP [Republicans for Environmental Protection] newsletter,” Mike wrote. “I have a military background as well (U.S. Army ’86–’89–FA [field artillery] officer). Consider our organization. There are none like it anywhere! Best, Mike Beagle-Chairman.”[5]

Less than a year earlier (on March 21-22, 2004), Mike had convened a campfire meeting in the southern Cascade foothills of Eagle Point, Oregon.[6] Seven hunters and anglers, men and women (the “Gang of Seven”), stood around that fire and envisioned a hunter-angler conservation group inspired by the political activism of Teddy Roosevelt and the Land Ethic of Aldo Leopold. That evening BHA was born.[7]

I was immediately drawn to BHA’s unique mindset-mission combo. “This is a conservation organization ‘of the people and for the people,’” Ryan Busse, former BHA North American Board Chair, said (during 2019). “We don’t fit many of the traditional nonprofit archetypes, but we’re effective at mobilizing tens of thousands of ardent sportsmen and women to support our lands and waters … all in the name of our public lands legacy.”[8]

David “Elkheart” Petersen—a former U.S. Marine Corps helicopter pilot and renowned trad bow elk hunter—had already started the first BHA chapter in Colorado and reached out to welcome me.[9] Later, I met David while attending a public meeting of the Colorado Roadless Areas Review Taskforce in Pueblo (on January 6, 2006). David was on the 13-member taskforce appointed by the state legislature.[10] 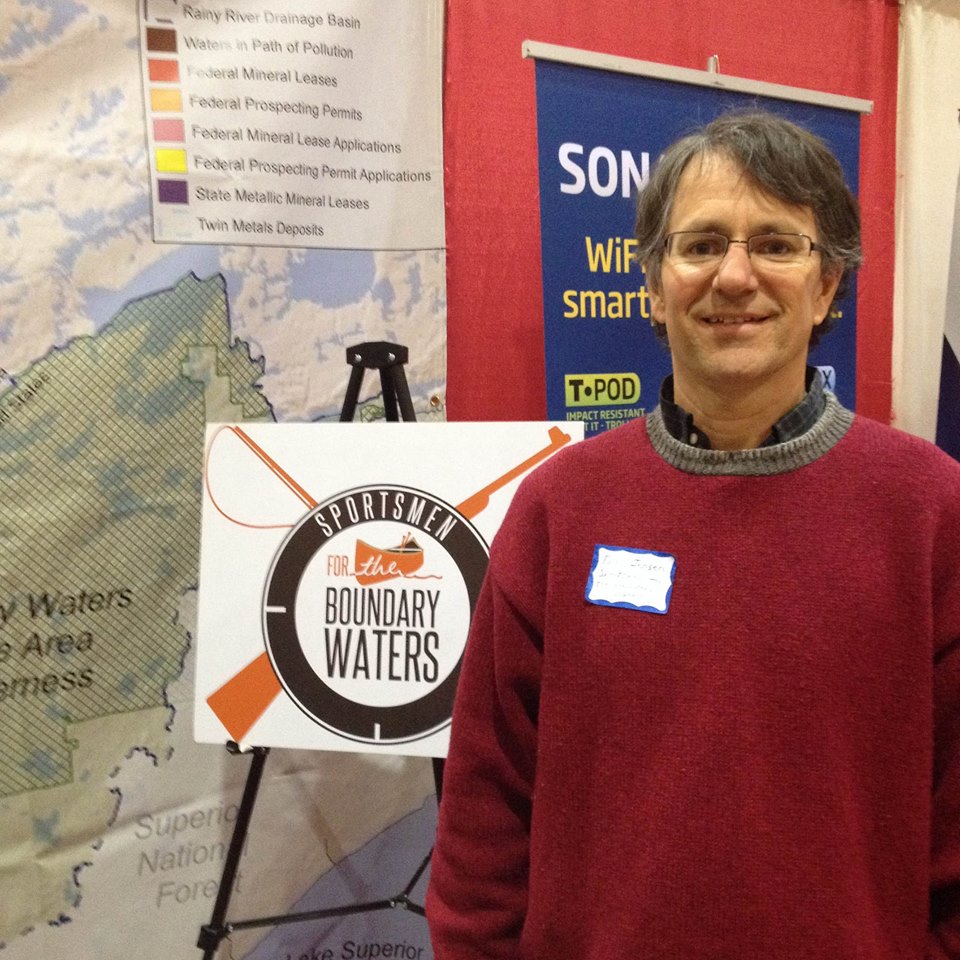 At the conclusion of that meeting, he made a point of thanking me for speaking. Later, David asked me to join the chapter leadership team.[11] Although I was busy preparing/training for a spring Mount Everest attempt, after returning I was anointed (on July 22) Colorado BHA’s Front Range Director. I also started laying the groundwork for a Minnesota BHA chapter, serving as de facto chairman.[12]

Minnesota BHA became an official chapter in 2007 and later Darrell Spencer volunteered as co-chairman.[13] After Darrell stepped down, Erik Jensen became co-chair and was instrumental in the chapter’s transformation into a statewide force for conservation. I stepped down as his co-chair during September 2018. Erik’s years of selfless dedication and hard work were recognized when he received BHA’s Mike Beagle Chairman’s Award—bestowed to an individual who shows outstanding effort on behalf of BHA—during 2020.[14]

During January 2007, David recommended I serve on the BHA North American Board, a stint that would last over eight years (to 3/6/15).[15] David also recruited Matt Kenna to serve as our Colorado chapter treasurer/vice chair-finance. For three generations, the Kenna family owned and operated Marlin Firearms, Matt’s grandfather having bought the famous lever-action sporting arms manufacturer during the depression for $100 down and a large mortgage.[16] 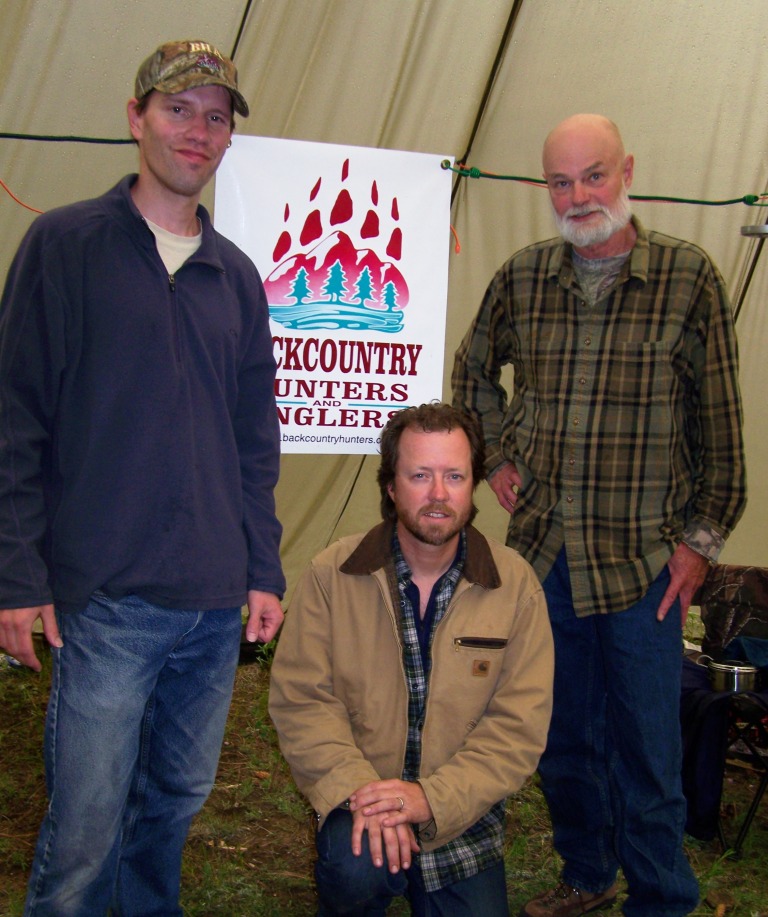 I spent two rifle seasons hunting elk with Matt in southwest Colorado’s high and wild San Juan Mountains, and then harvested my first bull while hunting with David, who also introduced me to chasing mountain Merriam’s turkeys.[17] Mike, David and Matt helped reactivate (and reignite) my passion for both hunting and conservation.

They also contributed to developing a robust empowerment-driven conservation culture and ethic that today is ingrained in BHA’s DNA, as explained (in part) by Colorado BHA Central West Slope Assistant Regional Director, Leslie Kaminski, who was also BHA’s August 2020 Chapter Leader of the Month.[18]

“I receive more praise, motivation and encouragement from @backcountryhunters as a volunteer than I ever have at any of my salary careers,” Leslie wrote (on 12/23/20). “This organization has allowed me to help folks break into the hunting and fishing community … This is the ultimate learning environment, the ultimate ‘sky’s the limit’ community. Dream it big because there is a BHA army behind you to help your ideas move forward, no matter what. These are my folks. I have looked a long time for my niche … my crew … I am so lucky.”

As Leslie alludes to, sixteen-plus years after BHA’s founding campfire, the foundation of our growth and success remains the same. People join this family because, as Mike Beagle said: “There are none like it anywhere!” And one of our fundamental goals, as Leslie’s experience demonstrates, is to empower members to take action in defense of wildlands and wildlife. “You don’t inspire volunteers to action by decree from on high,” David Petersen adds. “Rather, you give them minimal direction and maximum freedom to do their own thing, within the realm of the group’s charter.”

Since David started the Colorado BHA chapter during 2005, we’ve embraced his sage advice and have powered our growth by empowering some 40 Habitat Watch Volunteers (HWVs), 38 Chapter Leadership Team (CLT) members, 8 Regional Groups and 7 Executive Leadership Team (ELT) members. Most recently, during December 2020, Kellan Johnson volunteered to serve on the CLT as an Assistant Regional Director for our Denver Metro Area Group.[19]

Backcountry Hunters & Anglers has been catapulted forward by a philosophy of empowering volunteers from the very beginning, in combination with a rapidly growing army of sportsmen and women who prioritize “wild public lands, waters and wildlife” over narrow partisan or personal self-interest.[20] The results speak volumes.

In February 2007, around the time I joined the BHA North American Board, Backcountry Hunters & Anglers had some 400 members and a single state chapter. Today, over 40,000 BHA members are spread out across all 50 states and 13 Canadian provinces and territories—including chapters in 48 states, two Canadian provinces and one territory, and Washington, D.C. The “Gang of Seven” has grown into a formidable continent-wide army.

During May 2019, while attending the BHA North American Rendezvous in Boise, I was surprised and thankful to be the recipient of the Mike Beagle Chairman’s Award for outstanding efforts on behalf of Backcountry Hunters & Anglers.[21] “You’ve been a relentless BHA leader for 14 years and I thank you, brother,” Mike said. “I’m proud to call you my friend!” Later that summer, I crossed paths with Mike in Medford, Oregon.[22]

We had a beer or two and reflected on how far BHA has come since the “Gang of Seven” stood around that prophetic campfire. Mike may have said it best: “What we started around a campfire has grown into a forest fire. BHA is getting better and better. The best is yet to come!” Your vision is true, Mike. It’s time to throw another log on the fire, brother. We’re just getting started!

-The importance of roadless areas to Colorado’s fish, wildlife, hunting and angling is detailed in this Trout Unlimited report (authored by David Petersen and Keith Curley): “Where The Wild Lands Are: Colorado.” https://ww.tu.org/sites/default/files/CO-Where-the-wildlands-are.pdf

David Lien is a former Air Force officer and co-chairman of the Colorado Backcountry Hunters & Anglers. He’s the author of “Hunting for Experience: Tales of Hunting & Habitat Conservation” and during 2014 was recognized by Field & Stream as a “Hero of Conservation.”[23]

[5] The letter Mike is referring to was published in: Republicans for Environment Protection (REP). “Letters to President Bush.” The Green Elephant: Winter 2005, p. 3.