Women and Hunting in Colorado 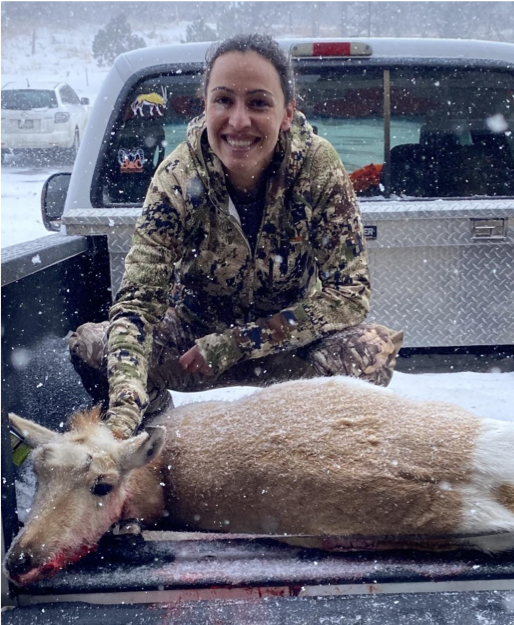 I feel lucky to say that my 2019 ended on a high note. I cooked Colorado pronghorn for six of my friends who all admitted, with surprise in their voices after that thoughtful first-taste silence, that it tasted amazing- and way better than they’d expected. If you’ve ever carefully prepared wild game for non-hunters, you know how that feels. This was within days of harvesting my first pronghorn ever, which also happened to be my first big game animal in Colorado after three seasons of un-filled big-game tags. It felt like a long time coming, but it would not have happened had it not been for the generosity of a couple of mentors who decided to take a chance on me, and the support of a welcoming outdoors community in Colorado.

In Colorado we’ve actually had a relatively stable percentage of hunters since 2010. The ~1.8 million hunting and fishing licenses that will be sold in Fiscal Year 2019-2020 (p. 29: http://leg.colorado.gov/sites/default/files/fy19-20bib.pdf) will fund the Colorado Parks and Wildlife division, which allows the state to provide quality outdoor recreation opportunities and manage fish and wildlife across the state. Public approval of hunting for meat, wildlife management, or for the protection of humans is the highest it’s been nationally since Responsive Management began monitoring hunting approval rates in 1995.[1] And did you know that the number of Colorado female hunting license holders has increased over the past few years!? Between 2016 and 2019 Colorado had an increase of almost 4,000 female hunters according to license data provided by Colorado Parks and Wildlife. This is really exciting to me, and I think this trend is becoming more obvious to others as well.

I didn’t grow up hunting or fishing, but it wasn’t all foreign to me either. My grandpa and his two brothers spent what sounds like a lot of time hunting and fishing in Northern California when they were younger. My family usually harvested mussels off the California coast a couple times a year and some of my college friends fished, too, but it wasn’t until I dated a duck hunter in my early-to-mid twenties that I really got the chance to learn a ton about fish, wildlife, and shooting. I shot my first dove in 2012 in California, my first duck in 2012 in Alaska, and my first deer in 2014 in Texas as we moved around for fun and for work. As I’ve learned to hunt and fish everything has changed from the way I look at hillsides, meadows, rivers, skies, and weather forecasts, to how I think about fish and wildlife agency decisions and funding. The way I think about and talk about food is different; my curiosity about fish and wildlife behavior is endless; and my love and awe for all things wild is ever-increasing. This love and admiration is uniquely fulfilling, while hunting and fishing are uniquely challenging, so getting to share it all with other women is special. 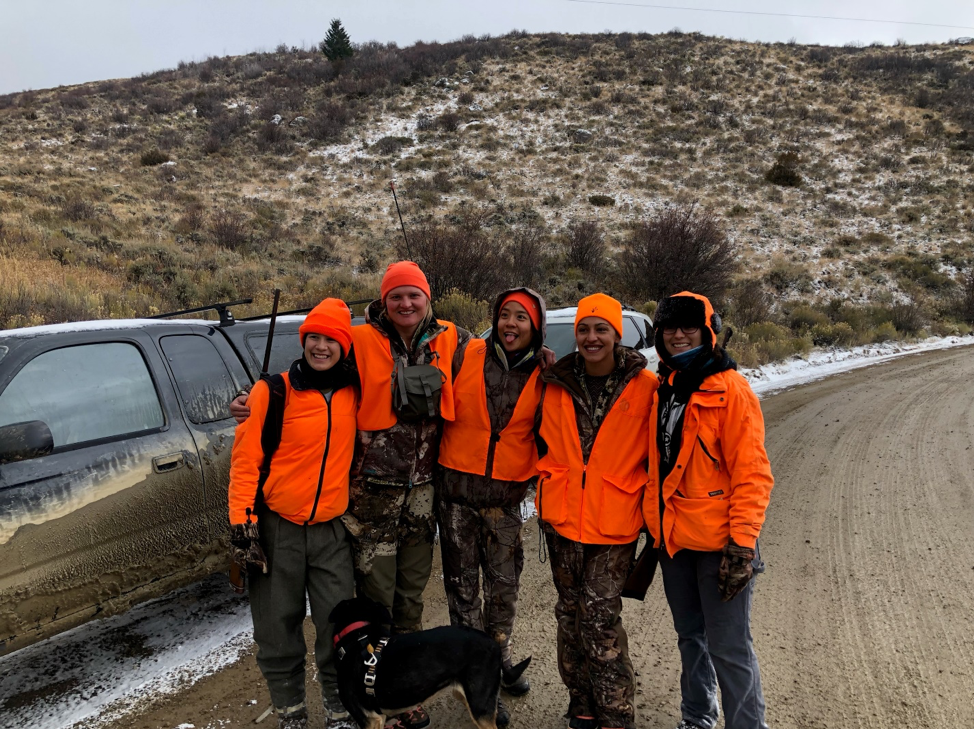 When you think about hunters and anglers, who do you picture? Chances are, you do not picture my girl friends and me. This isn’t unfounded considering that 88% of sportspersons who hunted and/or fished in 2016 were white, and 74% were males according to the USFWS’ 2016 National Survey of Fishing, Hunting, and Wildlife-Associated Recreation. You could certainly say that women are a minority in the hunting world, but women are the fastest growing demographic in shooting sports (which includes hunting)!

At every Backcountry Hunters & Anglers event I attend I meet new sportswomen, and the number of women posting about their love of the outdoors and appreciation for public land, fish, and wildlife on Instagram seems to be increasing. Rocky Mountain Sportswomen was founded in January of 2019 by an outdoorswoman living in the Yampa Valley with the goal of building a community of sportswomen, providing educational opportunities, and supporting conservation initiatives. They already have 1,500 followers on Instagram and big plans for 2020. Artemis, a conservation coalition of America’s sportswomen, was established by the National Wildlife Federation in 2017 and has 13 ambassadors and over 5,000 followers on Instagram. When I’ve gone to a shooting range by myself or when I tell people I’m a volunteer for Backcountry Hunters & Anglers I do get some curious questions from surprised folks, but I think that’s changing a little, and changing for the better.

This year I went mule deer and elk hunting exclusively with girl friends. On our last morning of my deer-focused weekend we stalked a herd of mule deer on BLM land not far from Hot Sulphur Springs. As I crept down a hill to get into shooting position behind the trees and bushes along the ridge line I was within 200 yards of good candidate does. As I closed in a couple of guys dressed up to hunt emerged over the ridgeline above us chatting causally, loudly, and showing no concern for disrupting wildlife or the peace and quiet that morning. They consequently spooked the whole herd and blew the day for us since we all had to head back home for school the next day. When we got back to our cars feeling disappointed and tired, we ran into two sisters who we’d met there the day before. When the sloppy dudes spooked all the animals in the area, they happened to push a mule deer towards the other girls. The youngest sister (a 16-year old bad ass) acted fast and got a (buck or doe?) no more than 500 yards away from where we’d met the day prior! The sisters had been hunting with their dad for years but said they’d never run into a girl hunting crew before. We had chatted and took a picture together the day before after having exchanged phone numbers, well wishes, and support all around. I still think I probably should have skipped classes that week to get another chance at that mule deer herd, but at least that young lady’s success gave my crew and hers a lot to feel good about that snowy October morning.

Going into 2020 we have some challenges to be mindful of. Colorado has a population that continues to increase which means more residential development (i.e. less habitat area for wildlife), more traffic (i.e. more potential collisions with wildlife), and more pressure to build trails everywhere (i.e. broader disruption of wildlife populations). Governor Polis’ August 2019 executive order D2019011 began to address wildlife-vehicle collision problem and the disruption of big game migration corridors by roads and development. It directed the Department of Natural Resources, Colorado Department of Transportation, and Colorado Parks and Wildlife to collaborate on planning and policy improvements and then report back to the Governor’s office by April 1, 2020.

In 2019 you may have also read about the Vail elk herd, which numbered only 53 animals in a February aerial survey, down from around 1,000 in years past (https://www.hcn.org/articles/wildlife-hiking-trails-are-a-path-to-destruction-for-colorado-elk-vail). There are so many people recreating outdoors at all times across the state now, and some of our wildlife populations are quietly struggling in the face of frequent disruptions. Before trail plans are approved and funded, local, state, and federal agencies need to consult with wildlife biologists and provide more information to the public in an effort to conserve resources (both wildlife and financial resources). In 2020 I hope that wildlife biologists, conservation organizations, and the public are more involved and informed in the trail development process, and at earlier stages to help prevent major wildlife population declines, like that which we’ve seen in the Vail area.

If you feel like doing more to support wildlife and/or to promote access to the experiences afforded by hunting and angling… you’re not alone! 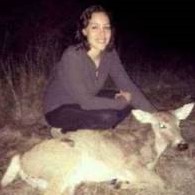 Liz Rose is a Colorado BHA member living in the Front Range while finishing graduate school at CU Boulder. Liz is working with BHA on her master's project, which focuses on expanding public access to Colorado lands and waters.

share on
See other posts related to Colorado BHA