In partnership with a coalition of organizations, businesses and fish and wildlife management agencies that make up the Alliance for America’s Fish & Wildlife, Backcountry Hunters & Anglers is working to advance legislation that would dedicate $1.4 billion annually to help state and tribal fish and wildlife management agencies proactively manage at-risk species and prevent them from being added to the federal list of threatened and endangered species.

The Recovering America’s Wildlife Act is the bipartisan product of decades of hard work by devoted sportsmen and women, conservationists and business leaders who share an interest in securing funds needed for state fish and wildlife agencies and tribes to reverse population declines for at-risk species.

State fish and wildlife agencies have demonstrated the ability to successfully restore habitat for multiple game species, including Tule elk in California, harlequin ducks in Montana, Northern pintails in Kansas and many others. While not all at-risk species are game species, they do share the same habitat with critical game animals like mallards, mule deer, pronghorn and wild trout. Improving habitat for one species benefits all of them including wild game. 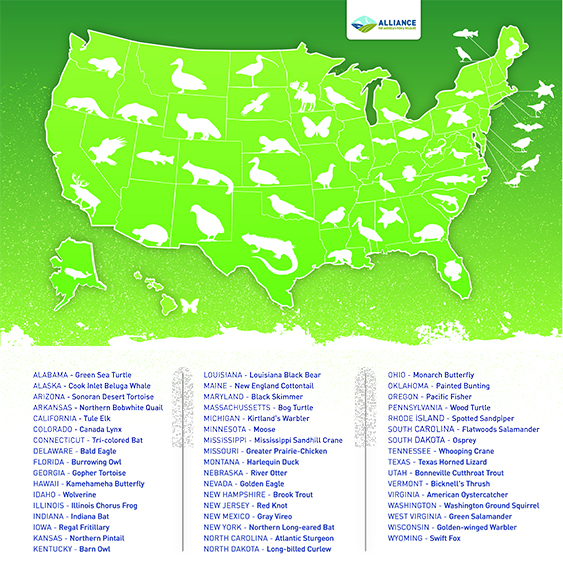 This bill could save taxpayers billions of dollars. Currently, the U.S. Fish and Wildlife Service pays more than $2 billion annually on roughly hundreds of species listed under the Endangered Species Act. The goal is to avoid listing threatened species in the first place and Recovering America’s Wildlife Act would establish a 21st century funding model for making this happen by directing $1.4 billion to preempt the listing of thousands of species in greatest conservation need.

The Recovering America’s Wildlife Act is supported by a range of groups including the Association of Fish and Wildlife Agencies, National Wildlife Federation, the Congressional Sportsmen’s Foundation, Shell Oil and Bass Pro Shops.

Join us in showing your support by sending a letter to your member of Congress here.

BHA is working hard to advance this legislation, and we are committed to making sure BHA members are up to date on the status of the bill. If you are not already a BHA member, you’re missing out – join BHA today!

Julia moved to Washington, D.C. to pursue her career in federal policy. While the Capital Beltway politics are frustrating at times, Julia makes a point to sneak away from it all to go hunting, fishing or enjoy other outdoor activities.

share on
See other posts related to featured habitat
Get the latest news and stories, right to your inbox.
Search
Local Chapters