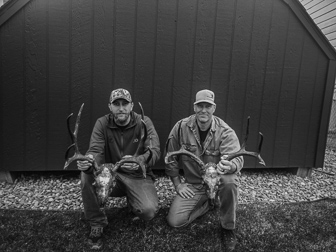 Ty Smail, Backcountry Hunters & Anglers’ merchandise coordinator, can usually be found under piles of shirts and packages in the bottom level of the Missoula office, sending off packages of swag to members. The sixth-generation Montanan found his way to BHA in 2017 after many years of hunting.

Ty grew up road hunting in eastern Montana, and he adopted the family culture of hunting – one that runs deep: his great grandmother still wanted to go fishing when she was 97 years old, but Ty began diving deeper into backcountry hunting only a few years ago.

His wife’s job took them to Alaska where he experienced hiking and hunting in “real” wilderness for the first time. He was hooked on the harder chase that he found hiking for days and hunting with a bow.

Ty watched mainstream hunting media before Randy Newberg’s show changed the way he thought. Before, he always planned to buy a ranch to hunt on for the rest of his life, but he realized that public lands were all he needed. “I felt like I’d been doing it wrong all along,” he said.

Ty switched over from rifle hunting to his compound bow two years ago. He hunted for years to put meat in the freezer, but he dove into the mental toughness and adventure backcountry that bowhunting gave him. 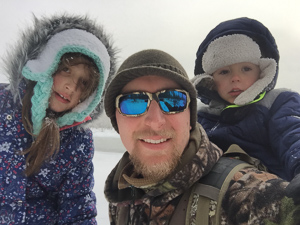 His family moved back to Missoula, and Ty rediscovered his home state with his new perspective.

Ty doesn’t miss an opportunity to get out. “If I don’t go out for a hike, I’ll go nuts,” he said. Ty spends time getting out with his wife and two young kids, a daughter who loves meat and a son who refuses it but wants to go bear hunting. He likes torturing himself with heavy packs to train for hunting season, and he is a human encyclopedia of podcasts.

Hunting is not about the adrenaline or the shot for Ty. It’s during the pack out, with a hundred pounds on his back, that he really feels the high of hunting in the backcountry. And of course, he says that the stories that he comes back with from the adventures are half the fun. These stories are one of the reasons Ty is looking forward to BHA’s North American Rendezvous, which he describes as comic con for hunters, anglers and outdoors people.

Ty came to BHA excited to work for an organization and with the people in it who can advocate for public lands. He did not realize that the fight to protect public lands and access is an everyday battle until he joined the BHA team.

“We always think someone else is working on it,” he said, "but it takes memberships and people.”

Ty has been able to combine protecting the thing he loves and his work. When Ty is not masterminding the BHA merchandise program, he is contemplating how to make the most of life and posing this question:

“Are you going to be on your deathbed looking at all the money you made or all the memories you made?” 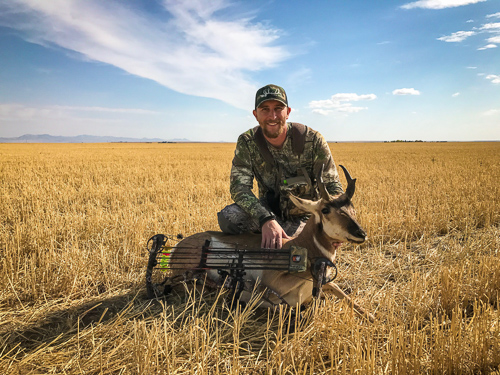 Stay tuned for a new staff bio every week to learn who is working for you behind the scenes!