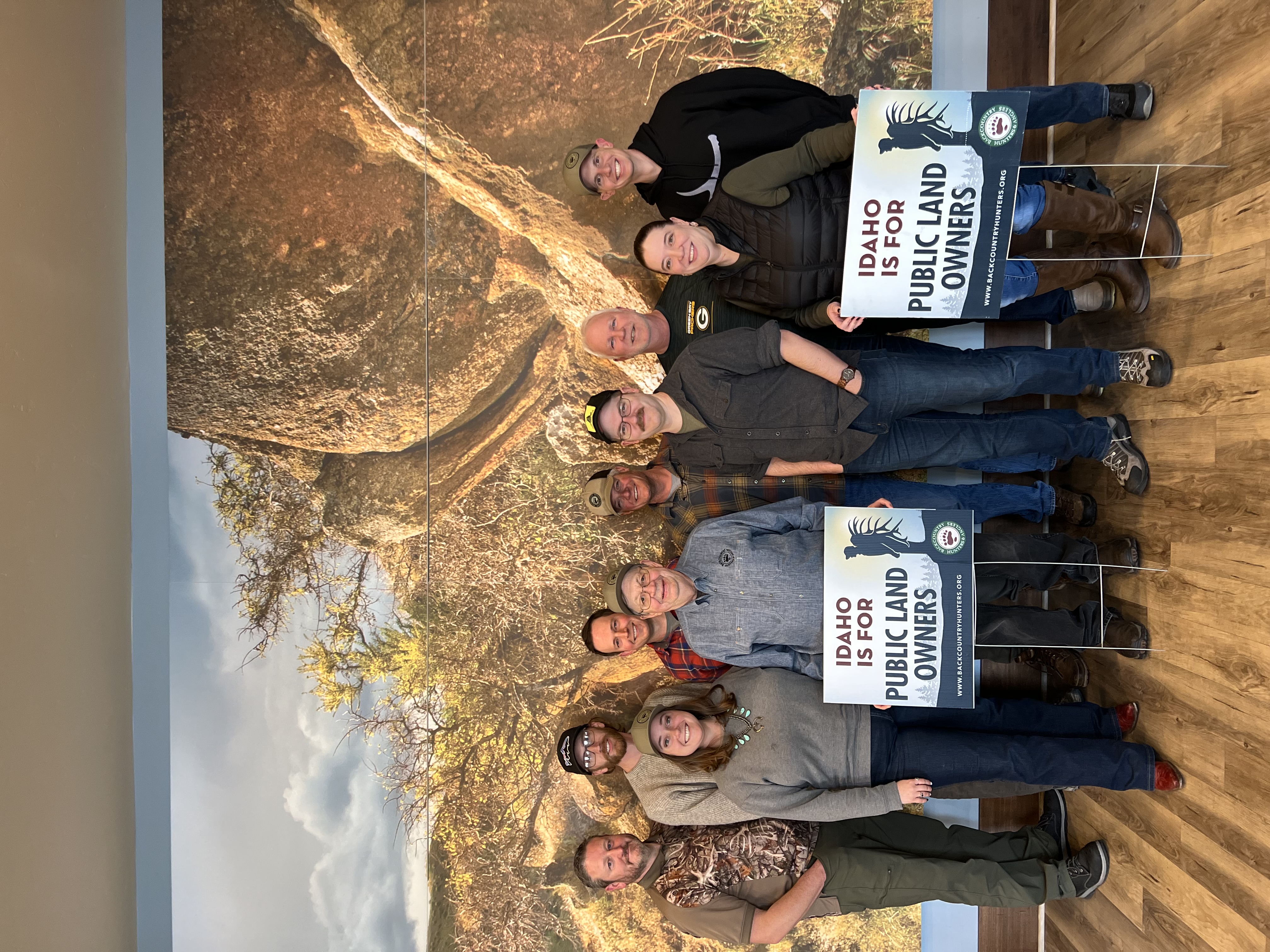 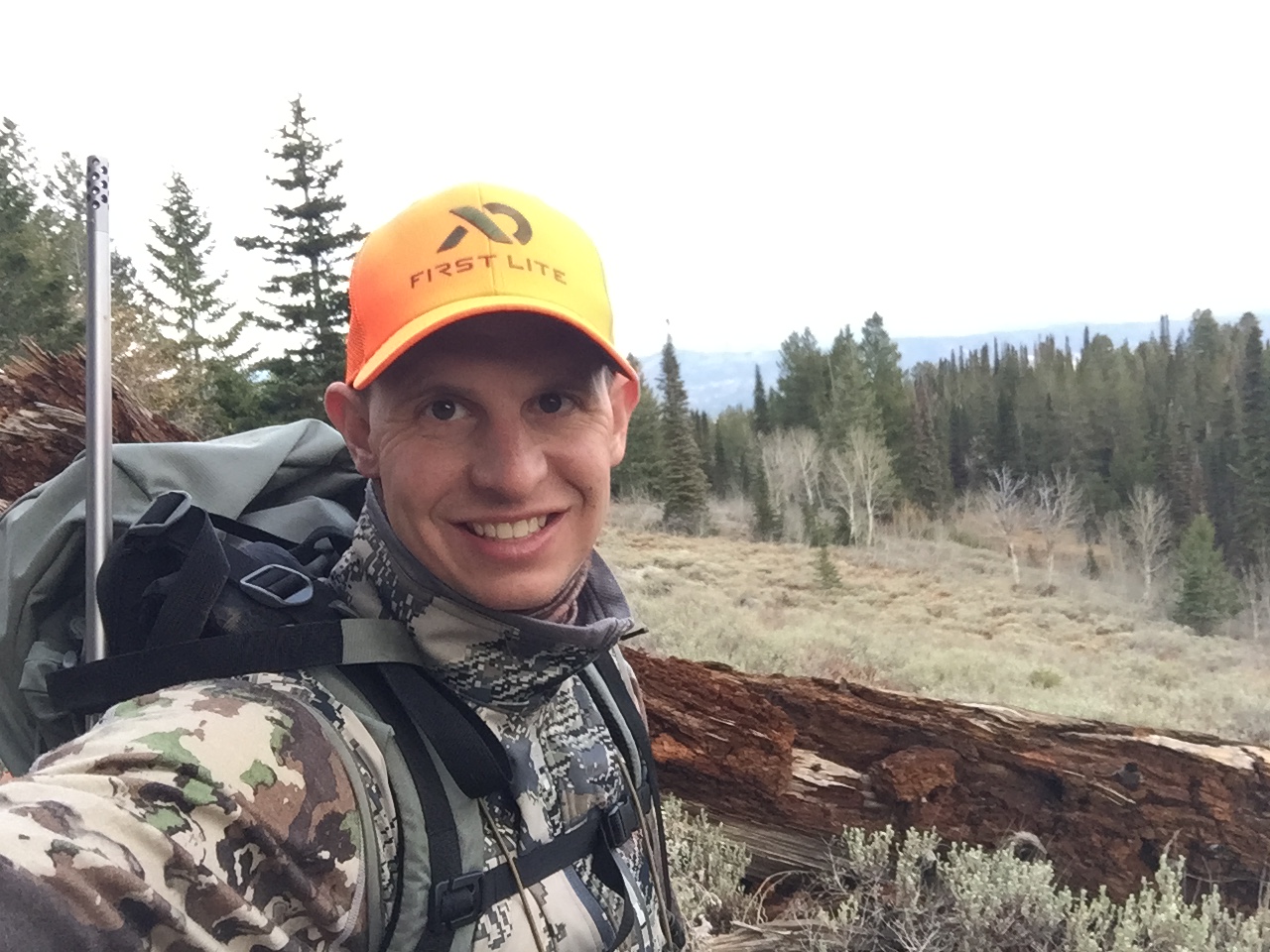 Ed grew up in Michigan hunting, fishing and backpacking from an early age.  After discovering the mountains during westerly vacations, Ed and his wife Lisa moved to Idaho in 2014.  They picked Idaho specifically because of the available public land opportunities.  Ed enjoys hunting for elk, deer and grouse, and backpacking to trout fishing locations.  Ed and Lisa spend much of their leisure time hiking and snowshoeing with their dogs on public land. 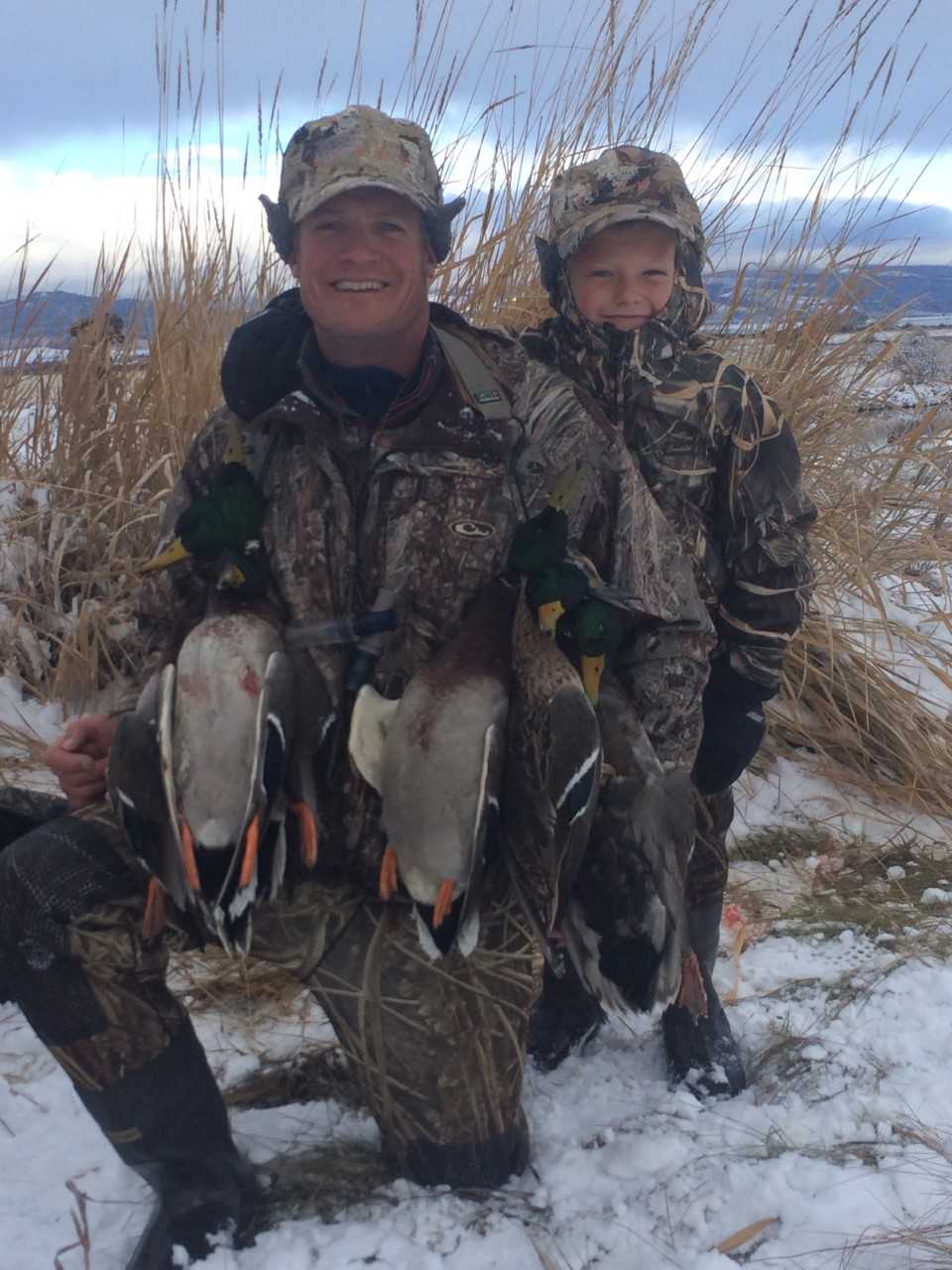 Originally an East Coaster, Jeff moved to Idaho in 1993 for the fish and wildlife.  He started out as a fishing guide on the Snake River and now owns a environmental consulting company and native plant nursery focused on fish and wildlife habitat restoration.  Jeff is a leader in the conservation community in eastern Idaho and is dedicated to maintaining high environmental stewardship and conservation values.  Jeff has designed over 30 wildlife habitat projects throughout the west that have benefited fish, waterfowl, songbirds and big game species.  Jeff also has some remarkable culinary skills and his mallard recipes are especially amazing.  When not at work, Jeff enjoys getting outside with his family, particularly hunting with his 3 boys and their friends

specifically because of the available public land opportunities.  Ed enjoys hunting for elk, deer and grouse, and backpacking to trout fishing locations.  Ed and Lisa spend much of their leisure time hiking and snowshoeing with their dogs on public land. 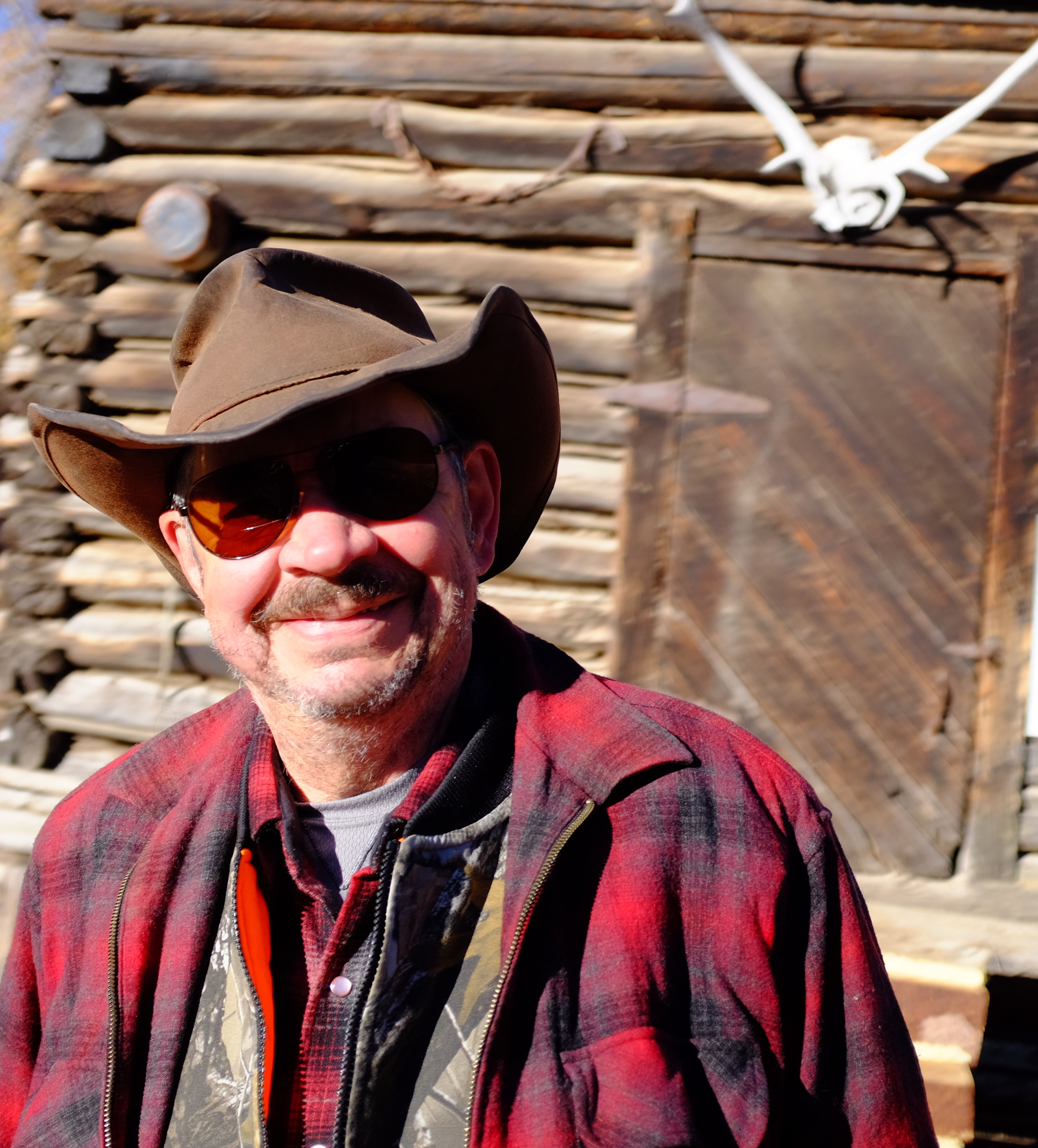 Steve grew up on a dairy farm south of Meridian and has lived in Idaho all his life enjoying fishing and hunting with family and friends, and now relishes the time spent with his grandkids in the great outdoors. His son John (BHA Conservation director) introduced him and his wife Debbie to BHA about 8 years ago and they have been involved since that time. BHA appealed to Steve because of its support of multiple use of our public lands and the desire to increase access and promote conservation. Retired after 42 years working in management at Lactalis Cheese factory in Nampa Idaho, he now finds more enjoyment spending time in the outdoor environments while hunting and fishing than the actual harvest. 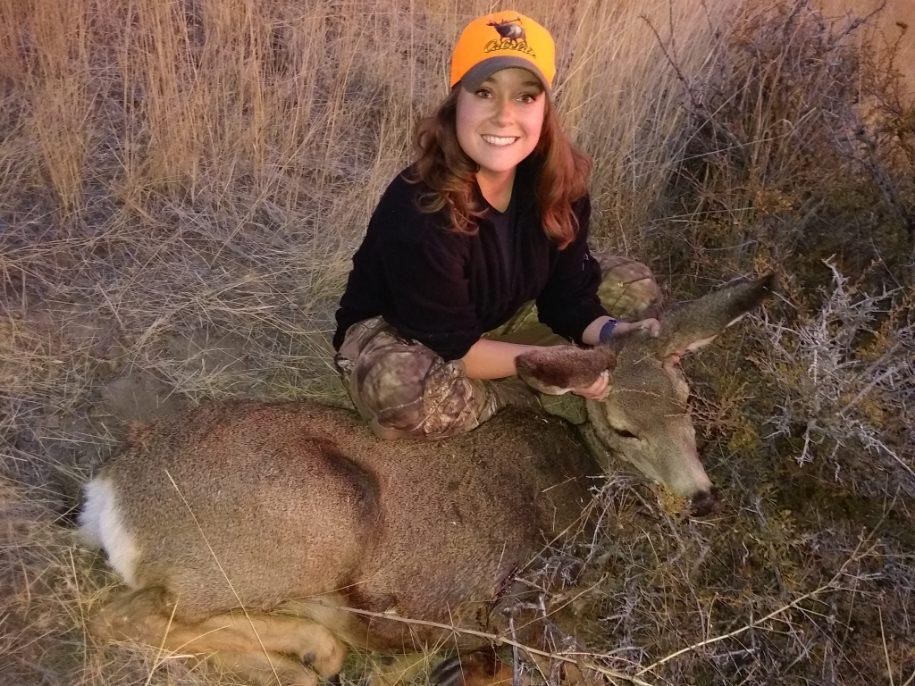 Logan grew up hunting and fishing in Washington. After graduating with her MBA from Washington State University, she moved to Boise to work at Micron. At Micron, Logan works as a Business Process Analyst and is excited to bring her structured thinking and facilitation skills to the team. Logan loves the challenges and rewards that Idaho public lands have to offer. After participating in a BHA Hunting For Sustainability program by taking the Idaho BHA "Learn to Hunt" course, Logan harvested her first public land mule deer. When not at work or volunteering for BHA Logan enjoys spending time with her horse, hunting, hiking, or enjoying a nice meal with friends and family.  Logan joined the Idaho board in early 2020. 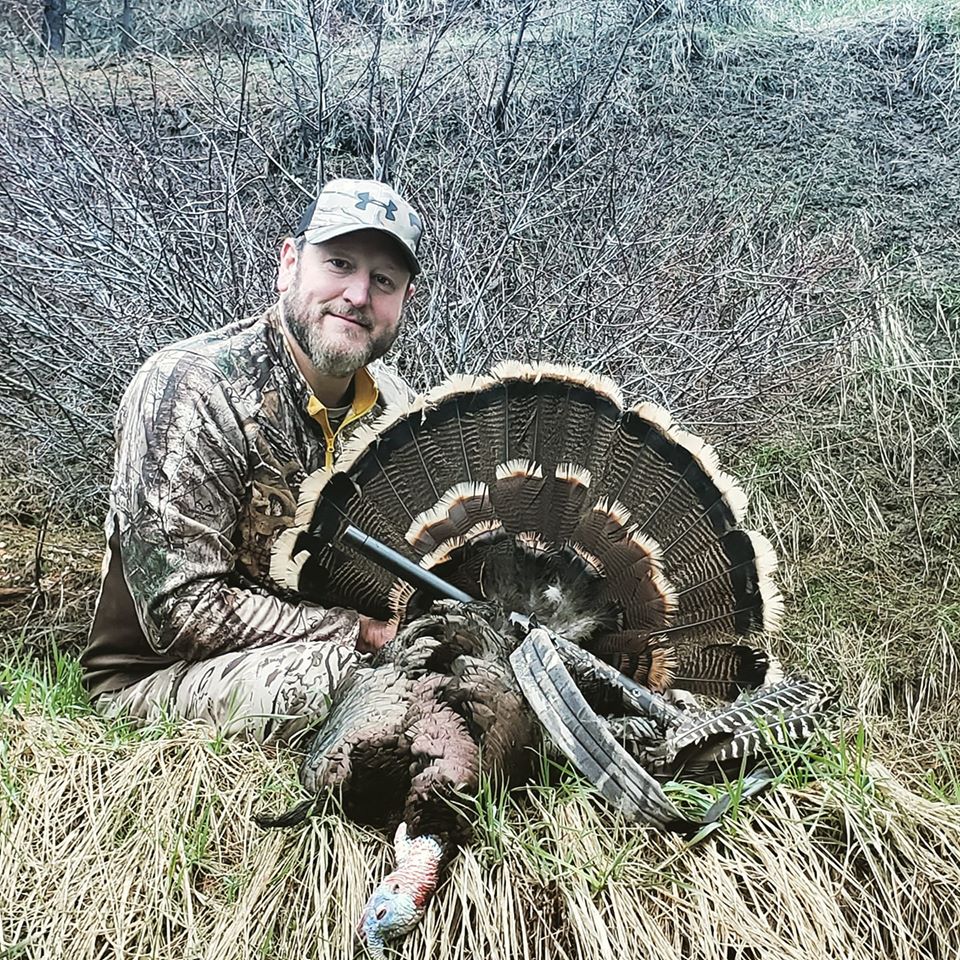 Todd grew up in the Appalachian Mountains of West Virginia, hunting and fishing on public lands. This is where he began to greatly cherish and value public lands. Todd and his family have lived across the U.S. and Todd has traveled across the globe while engaging in missionary efforts. He presently lives in the mountains between Boise and Idaho City. Todd loves chasing turkeys in the spring and finds consistent success using only voice-calling techniques. He also filled his once-in-a-lifetime Idaho bull moose tag in 2019.  Todd has been active with Idaho BHA since 2017 and joined the board in early 2020. 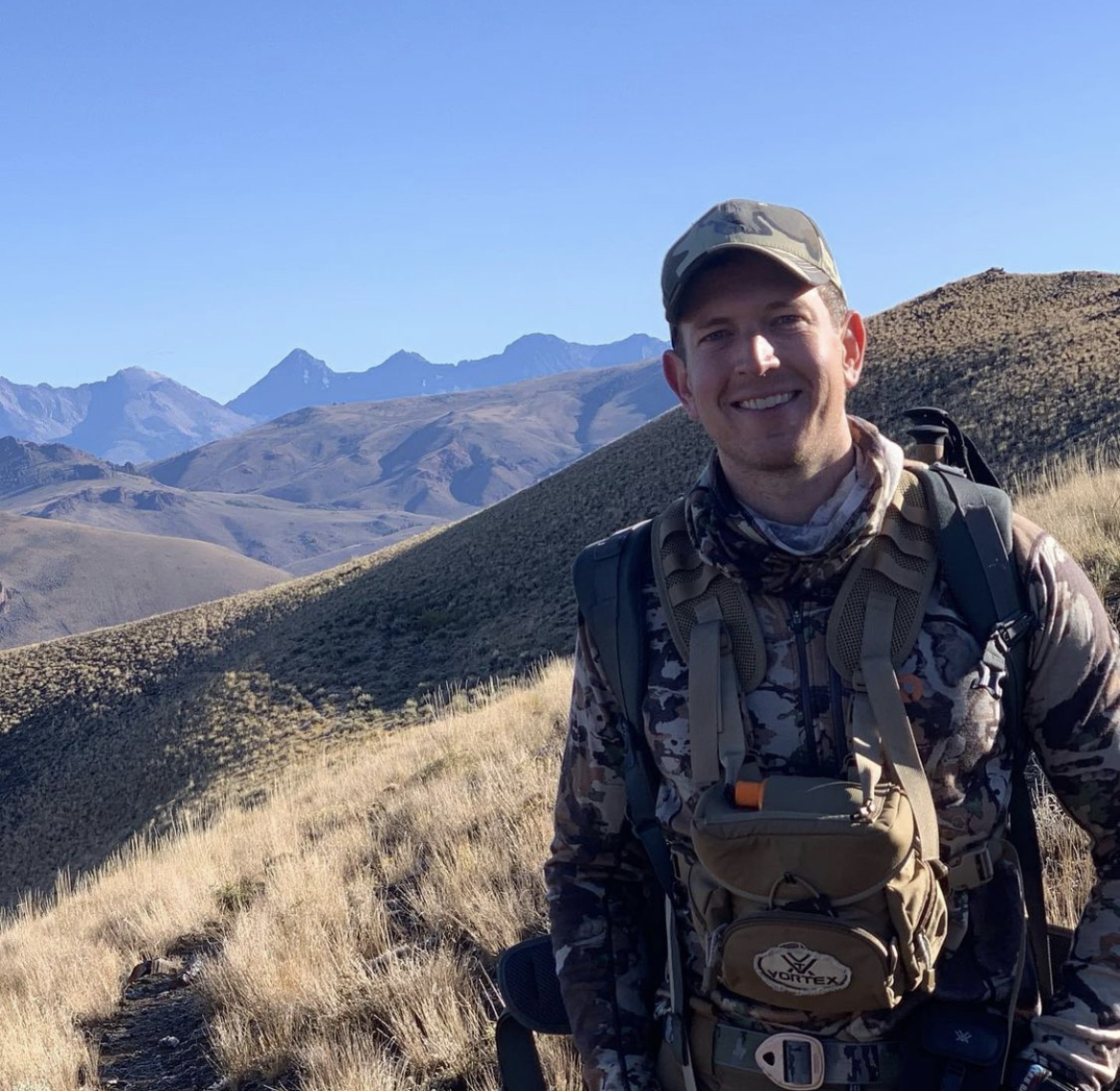 Nick lives in Boise and has been actively involved with BHA for a number of years. He was born and raised in Georgia and lived in various places up and down the East Coast, along with a few years in Africa, before migrating to the West. Nick learned to hunt as an adult and found in BHA not only an ardent advocacy organization for the public land opportunities that have become such a central part of his life, but also a thriving community of dedicated conservationists that enables everyone from lifelong outdoors-folk to those just starting out to meet and learn from one another.

A former Vice Chair and Policy Chair of the California Chapter of BHA, Nick is accustomed to wading into the waters of conservation policy and is committed to helping ensure that the public land hunting and fishing opportunities we have here in Idaho are maintained for future generations. He is an avid hunter of elk, deer, turkey, bear, pronghorn, and grouse - though that list does continue to grow. 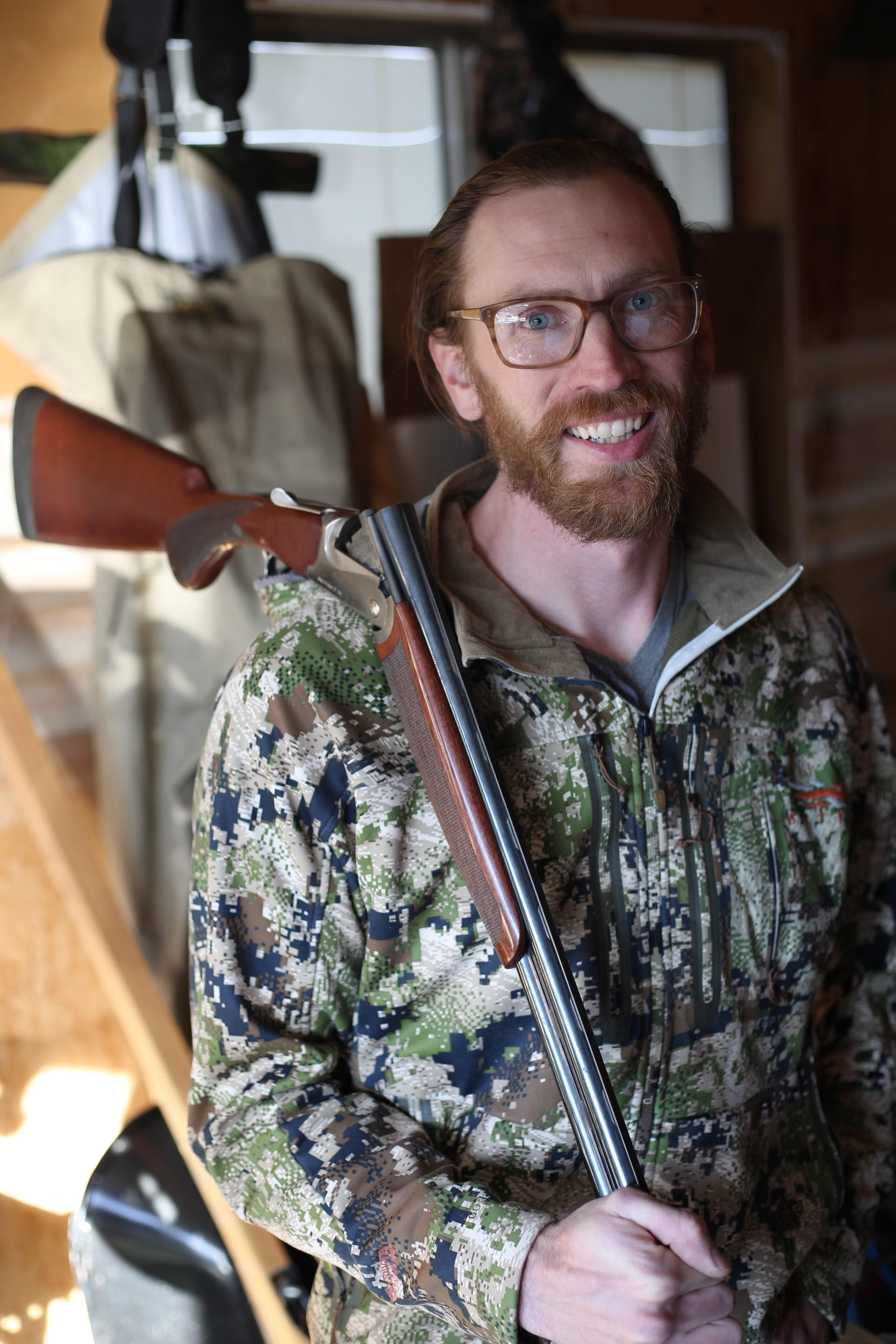 Phil Lewer grew up in Boise Idaho where his love of public lands flourished. At a young age, he became passionate about hunting waterfowl, something he still pursues today. After beginning to hunt mule deer, Phil became deeply interested in the unique characteristics of mule deer and the fragility of the landscapes they occupy and migrate through. His initial involvement with BHA was largely tied to past “boots on the ground” stewardship projects BHA has completed and he continues to have that passion. He has been involved with the Learn to Hunt Program and looks forward to each year teaching new hunters about conservation, ethics, etiquette, field skills and marksmanship. 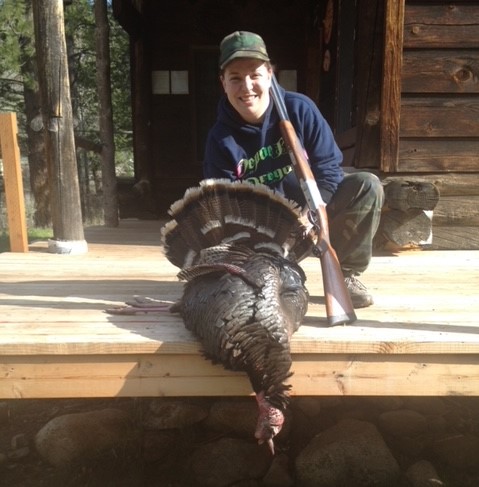 Ariel was born and raised in Idaho in a hunting and fishing family, her parents are avid hunters and fisherman who passed their passion onto her and her siblings. She found BHA through a bumper sticker while stuck in Boise traffic and feels like she has truly found her people in BHA. While living in Alaska she reached out to the Alaska chapter to build friendships and network with many people across the state that helped build her confidence in hunting and fishing in Alaska. Ariel now lives in Southwest Idaho with her young daughter and continues to pass on the lessons and passion for the outdoors to her daughter. Ariel works in public health advocacy currently is passionate about bringing healthcare to rural areas of Idaho and Eastern Oregon. On the weekends, Ariel is typically out hiking, rafting, or spending time in the outdoors with her family and their dogs. She is very excited to be a part of a great group of people and can’t wait to meet more members of the Idaho BHA Chapter at events and through our chapter communications.

Regional Reps - Committed BHA members who monitor and report on important BHA-related issues, opportunities and threats in their area of the state. 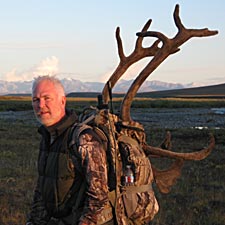 Sean lives in Middleton, Idaho with his wife Lisa and two daughters Maria and Rebecca. Sean works in the high tech industry but spends his free time hunting, fishing, and camping throughout Idaho and the US. He enjoys introducing his daughters to the joys of the outdoor lifestyle. A member of a number of wildlife organizations, and a former Vice President and Board Member of the Idaho Wild Sheep Foundation, Sean has a long history of working for our wildlife, habitat, and land so we can pursue our passions. 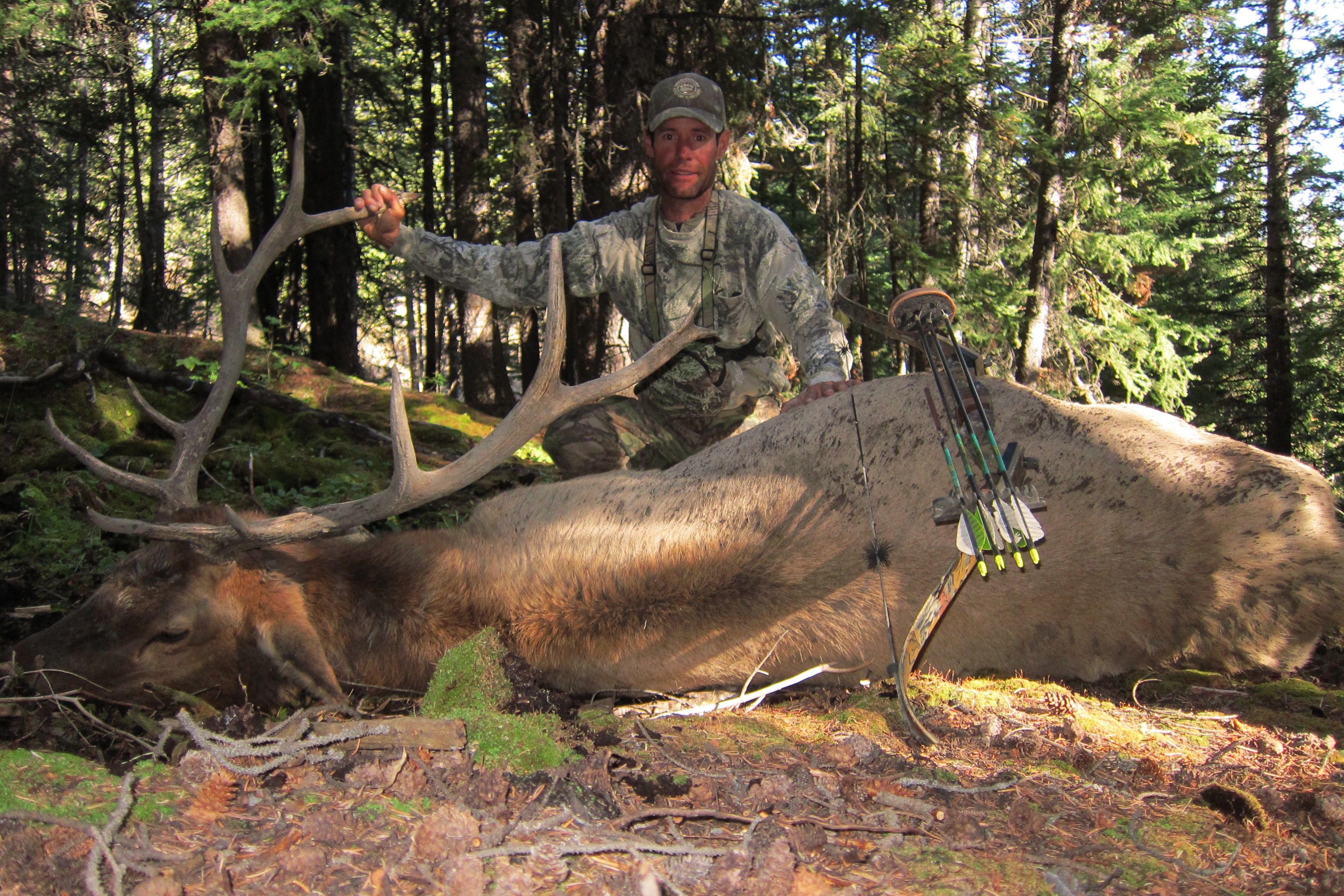 Jeff Barney served as the Idaho chapter secretary for the first 9 years of the Idaho chapter's existence.  Jeff turned over his official board duties in early 2020 but remains an active contributor to the Idaho BHA chapter.  Jeff became involved to help protect public access and to stand against those interests attempting to eliminate public lands.

share on
See other pages related to Idaho BHA
Get the latest news and stories, right to your inbox.
Search
Local Chapters