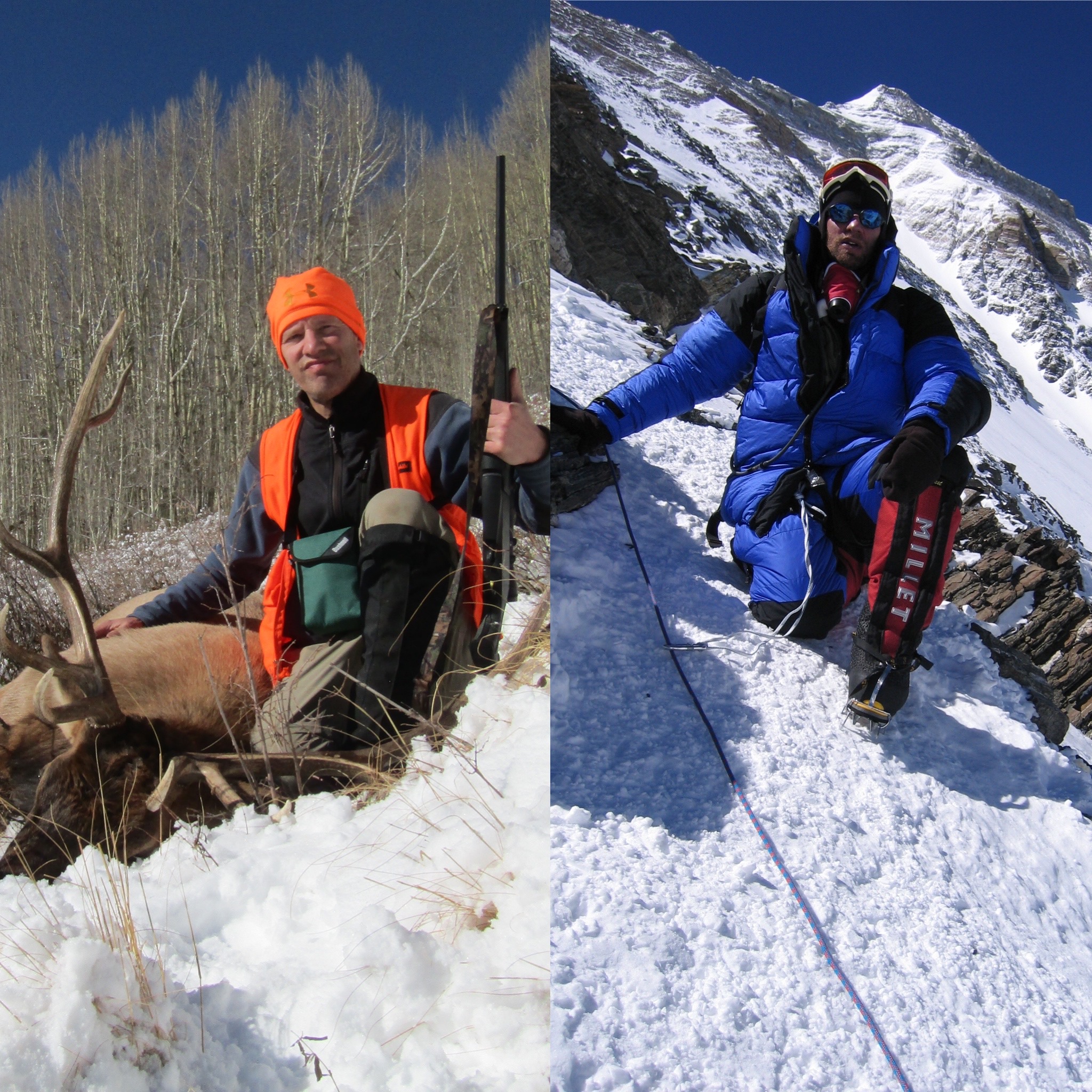 The vast majority of the well over 200,000 hunters who purchase elk tags in Colorado each year don’t leave the mountains with a quartered or boned-out elk en route to the freezer, myself included. In fact, my elk hunting success (albeit limited) over the years can primarily be attributed to being in the right place at the right time, or “orchestrated luck.”

I’m a firm believer that we set ourselves up to be lucky, in all facets of life, through hard work and persistence no matter the endeavor. That said, luck can be hard to come by while elk hunting, as explained by American Hunter contributor Mark Kayser (in “The Mental Game: Elk hunting is more than simply a physical challenge,” September 2019).

“Statistic from Colorado Parks and Wildlife highlighting the 2018 elk season reveal the incredible odds facing you,” Mark said. “Public-land hunting is a mainstay for elk hunters in the Centennial State, with approximately 43 percent of the state’s landmass falling into the public domain … the state boasts the nation’s highest elk population. When you combine all Colorado elk hunters—archery, centerfire and muzzleloader—this army still only attained 19 percent success across the board …”[1]

For the bull I put in the freezer during October 2020, in an over the counter (OTC) unit, a steep price was paid, literally and figuratively, including hiking 24 miles through 9,500 feet of elevation gain during four days of hunting. To get the meat out took another 27 miles through 8,000 ft. of elevation gain over 2½ days. It was my hardest (albeit most satisfying) elk hunt to date, resulting in a side benefit of losing seven pounds before the holidays. Mark Kayser knows the routine. 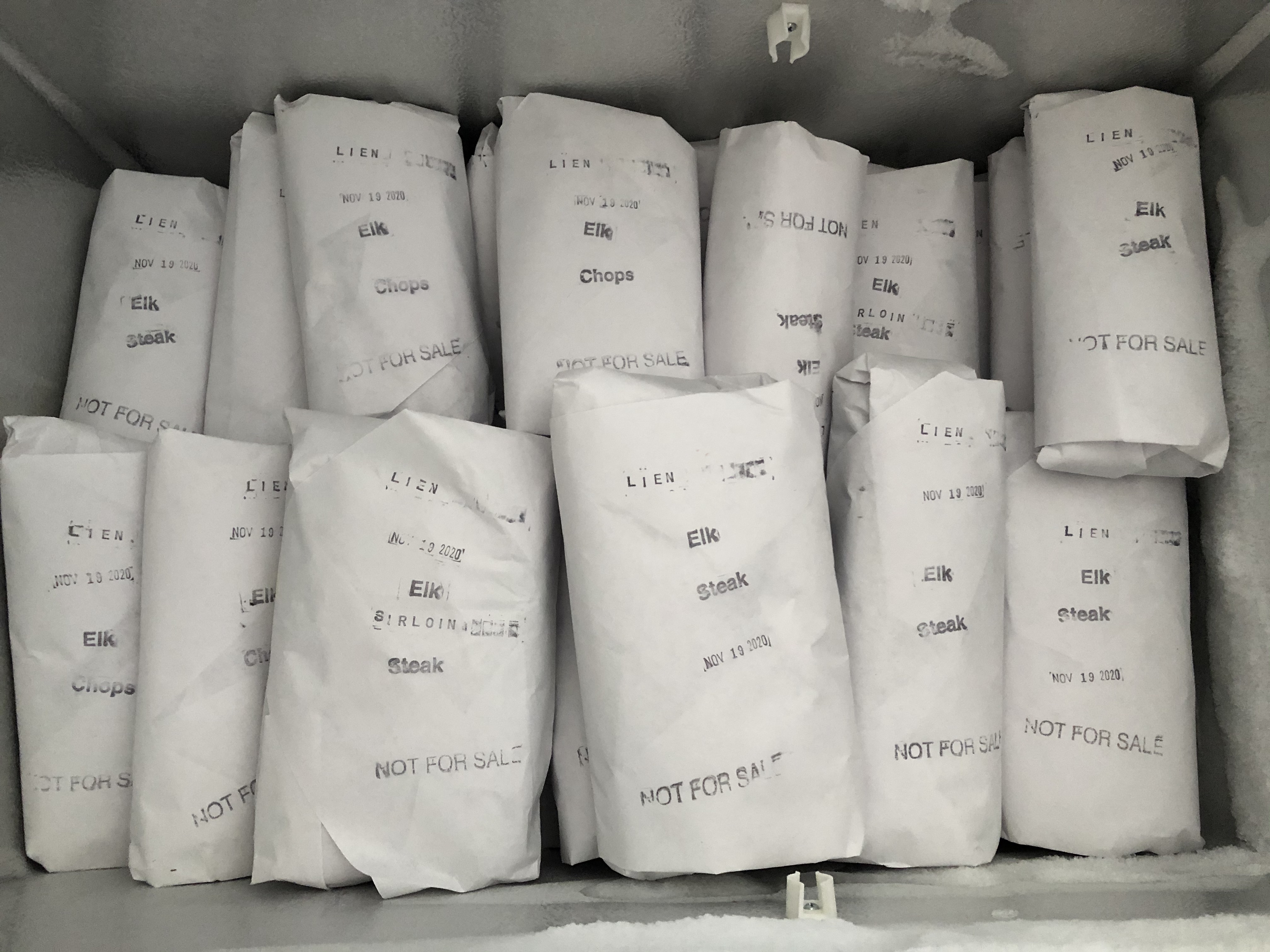 “For the majority of hunts I end up in low-success, general units where being choosy equals going hungry later,” he said. “Acknowledging that, I set a mission goal to shoot any branch-antlered bull. I rarely turn away from a raghorn bull. Over the course of my hunting career, I believe that in most areas experiencing moderate to heavy hunting pressure you’ll be granted one close encounter with a bull during the course of a five-day hunt. Take it or gamble.”[2]

Knowing the long odds from hard-earned experience, I was determined to hike high and go far to maximize my chances of a close encounter. Thanks to having a mountaineering background, including scaling peaks on all seven continents—Mount Vinson in Antarctica, Mount McKinley in Alaska, attempting Mount Everest in Nepal, etc.—I’m well acquainted with the kind of physical exertion and focused commitment required, as Mark explains.[3]

“Although terrain and land managers oftentimes force you to launch from a developed trailhead, I typically leave the trail to forge a new route into rugged terrain that invites elk and discourages others who have lost their mental fortitude,” he says.[4] “Public-land elk hunting definitely requires a constant pep talk to stay in the game … Sir Edmund Hillary said it best: ‘It is not the mountain we conquer, but ourselves.’ Those are words to live by while chasing public-land elk.”[5]

Despite my good fortune during 2020, I’ve hunted multiple seasons without even seeing an elk, as do hunters far more skilled than me. Field & Stream rifle editor David E. Petzal describes (in “Why Elk Are My Favorite Big-Game Animals to Hunt,” December 2020) the formidable stresses and strains elk hunters must be prepared to endure.

“Perched on my bookcase is a photo of me and the late Norman Strung that was taken in 1973. We are sitting in the sunlight on the deck of his cabin,” David said. “Prior to this, we had been hunting elk for two solid weeks, making 10 miles a day in the mountains on foot. We never saw so much as a track … We were both 32, and tough as a pair of boiled owls … This was a typical ending to a typical elk hunt.”[6]

When In Doubt, Go Higher

After moving from Minnesota to Colorado in late 1998, I didn’t take up elk hunting for nearly a decade despite growing up hunting, fishing and trapping in northern Minnesota.[7] Instead, I tackled Colorado’s fifty-four 14,000-foot peaks (i.e., the 14ers), the highpoints in each of the fifty U.S. states and the highest peaks on each continent (the Seven Summits).[8]

It wasn’t until after finishing the 14ers (in 2003) followed by the Seven Summits and 50 state highpoints (2007) that I started elk hunting, which I call “mountaineering with a gun.”[9] It turns out that eight years of hiking, climbing and mountaineering helped develop many of the physical and mental skills needed to hunt elk in lofty locales like southwest Colorado’s high and wild San Juan Mountains.

However, as any elk hunter knows, going after wapiti—even in the best of circumstances—is tough and unpredictable. Hence, most of us don’t end up putting meat in the freezer, which is the nature of ethical sport hunting. In the words of northern Minnesota hunting/outdoors columnist Sam Cook: “The hunt is, more often than not, a long, tedious task. It is work. Enjoyable, sometimes. But work. All food should come with such effort.”[10]

On the morning of October 27, 2020, several inches of fresh snow revealed that elk were in the vicinity. It was cold, clear and quiet as I climbed higher, out of the dark timber, scanning the mountainside for elk while stalking slowly along a series of aspen groves. At 8:45 a.m., I noticed two bulls about 250 yards away silhouetted against the white mountainside, but was in turn spotted, then opted to stop for ten minutes before resuming a slow walk/stalk.

Any elk in the immediate vicinity were likely long gone now, I thought, but at least I’d seen elk. “You stand an excellent chance, even hunting in good country … of breaking your back for two weeks and never even seeing a track,” says David Petzal. “Sometimes elk simply vanish. They will go not to the next drainage, but three counties away, and all your prayers and sweat will not find them.”[11]

Later (at 9:30 a.m.), the sound of a hoof or antler hitting a branch focused my attention up-slope, where a bull appeared some 200 yards away moving down-slope at a quick trot. One shot and he disappeared from view. After a few minutes, I moved cautiously forward prepared for a follow-up shot, but the bull was lying motionless. A wave of conflicting emotions often accompanies taking the life of such a large, grand animal, not to mention comprehending the weight, literally, of the enormous task ahead.

The Rocky Mountain Elk Foundation says in their 2007 Elk Hunting Q&A that a bull elk will average a hundred pounds per dressed quarter and a cow seventy-five pounds.[12] Renowned Colorado trad bow elk hunter David Petersen killed his first elk, a 500-pound spike bull, in 1981. About that experience, he said (in part): “After approaching that first spike and assuring that he was thoroughly dead, I remember thinking, ‘My God. Now what do I do?’”[13]

“Hunting elk is a combination of prodigious effort, bitter disappointment, and, once in a while, success so profound that it goes into your soul and stays there,” David Petzal adds. “Everything about the sport is oversized and taken to extremes.”[14] As David suggests, to hunt elk you have to be an optimist, because to kill any elk under fair chase terms is a major accomplishment.

Like climbing mountains, elk hunting is potentially dangerous, usually uncomfortable—an extreme physical and mental struggle—but always unforgettable. Day in and day out you (we) most likely won’t hunt as hard for anything else as we will for an elk, and with a bit of orchestrated luck we’re occasionally (hopefully) in the right place at the right time.

David Lien is a former Air Force officer and co-chairman of the Colorado Backcountry Hunters & Anglers. He’s the author of “Hunting for Experience: Tales of Hunting & Habitat Conservation.”[15] During 2014 David was recognized by Field & Stream as a “Hero of Conservation”[16] and in 2019 he was the recipient of BHA’s Mike Beagle-Chairman’s Award “for outstanding effort on behalf of Backcountry Hunters & Anglers.”[17]