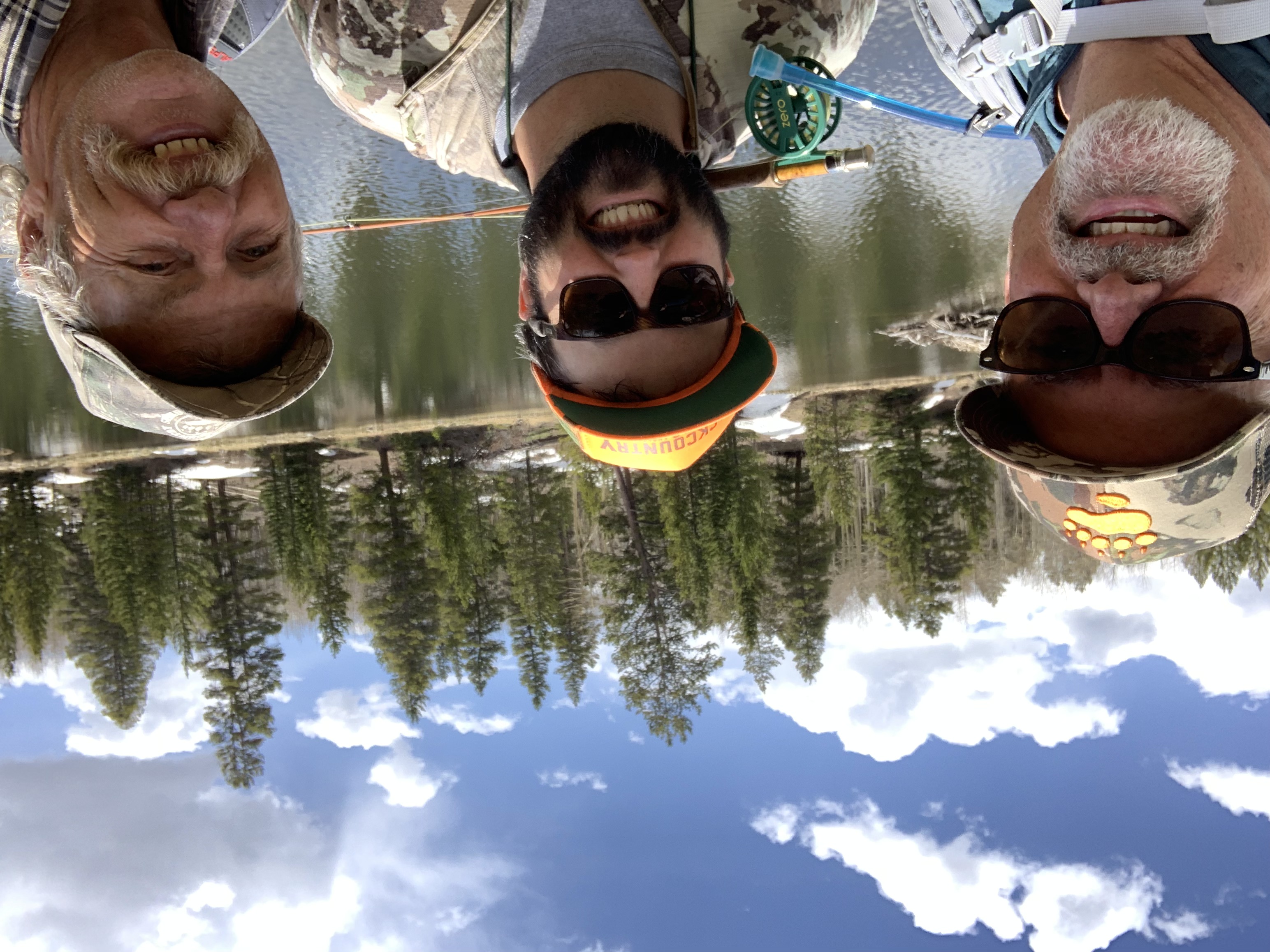 The Colorado chapter of Backcountry Hunters & Anglers (BHA) will hold their 12th annual Rendezvous (July 23-25) in southwest Colorado’s San Juan National Forest at the Florida Campground Group campsite north of the Lemon Reservoir, where the first (2009) Colorado BHA Rendezvous was held some five years after BHA was founded.[1]

During March 2004, a former U.S. Army officer, Mike Beagle, convened a campfire meeting in the southern Cascade foothills of Eagle Point, Oregon. Seven hunters and anglers, men and women, stood around that fire and contemplated the future of our nation’s wild public lands, waters and wildlife. These seven visionaries saw a lot of challenges facing wild places and public lands.[2]

But they also conceived of a means to address those challenges. Onto this auspicious stage Backcountry Hunters & Anglers was born.[3] “We were formed around a campfire in 2004—the best ideas come from around a campfire—as an organization to focus on public lands and water,” BHA President and CEO Land Tawney said. “We aim to make sure we have access to our public lands and the fish and wildlife habitat when you get there.”[4]

As explained by Durango Herald columnist Jonathan Romeo (in “David Petersen, Durango author, is ready to hunt–ethically,” 9/11/16): “Outside a small cabin hidden by ponderosa pines and groves of aspen stands northeast of Durango, David Petersen … is focused on one thing: September … Each fall … Petersen roams the San Juan Mountains, armed only with a long bow … Like many hunters or anglers who depend on a healthy environment, Petersen became a prominent voice in conservation efforts, playing a huge role in Trout Unlimited and Backcountry Hunters & Anglers.”[8]

Another Durango area hunter-conservationist, Dan Parkinson, is the Southwest Regional Director for Colorado BHA and started the chapter’s Volunteer Signage and Bighorn Observation Program on the Weminuche Wilderness landscape in 2017.[9] During 2020, Dan’s work helped facilitate a voluntary retirement of the Endlich Mesa sheep grazing allotment in the Weminuche Wilderness.[10]

On the morning of July 24, Dan will be leading early morning hikes in the heart of bighorn country—on the eastern edge of the Endlich Mesa in the now vacant sheep grazing allotment—to glass for bighorns. Later that afternoon, we’ll be joined in camp by the Colorado Parks and Wildlife (CPW) District Wildlife Manager (DWM) for a questions-and-answer session followed by an informal chapter meeting and wild game feed. We’ll also discuss the Colorado Outdoor Recreation and Economy (CORE) Act.[11]

The CORE Act is the result of a decade-long collaborative process, drawing on input from counties, businesses, ranchers, outdoor recreation groups, conservationists and sportsmen to protect—through a variety of designations—our shared public lands.[12] In fact, Colorado College’s 2021 Conservation in the West survey found that 81% of Coloradans support a national goal of protecting 30 percent of America’s lands and oceans by 2030.[13] BHA members nationwide support this commendable goal too.[14]

With over 40,000 members spread out across all 50 states and 13 Canadian provinces and territories—including chapters in 48 states, two Canadian provinces and one territory, and Washington, D.C.—BHA brings an authentic, informed, boots-on-the-ground voice to the conservation of public lands. Since the Colorado BHA chapter was founded by David Petersen in 2005, we’ve grown our membership to some 2,500 dedicated hunter-angler-conservationists. Everyone is welcome during the Rendezvous (July 23-25). Join us![15] 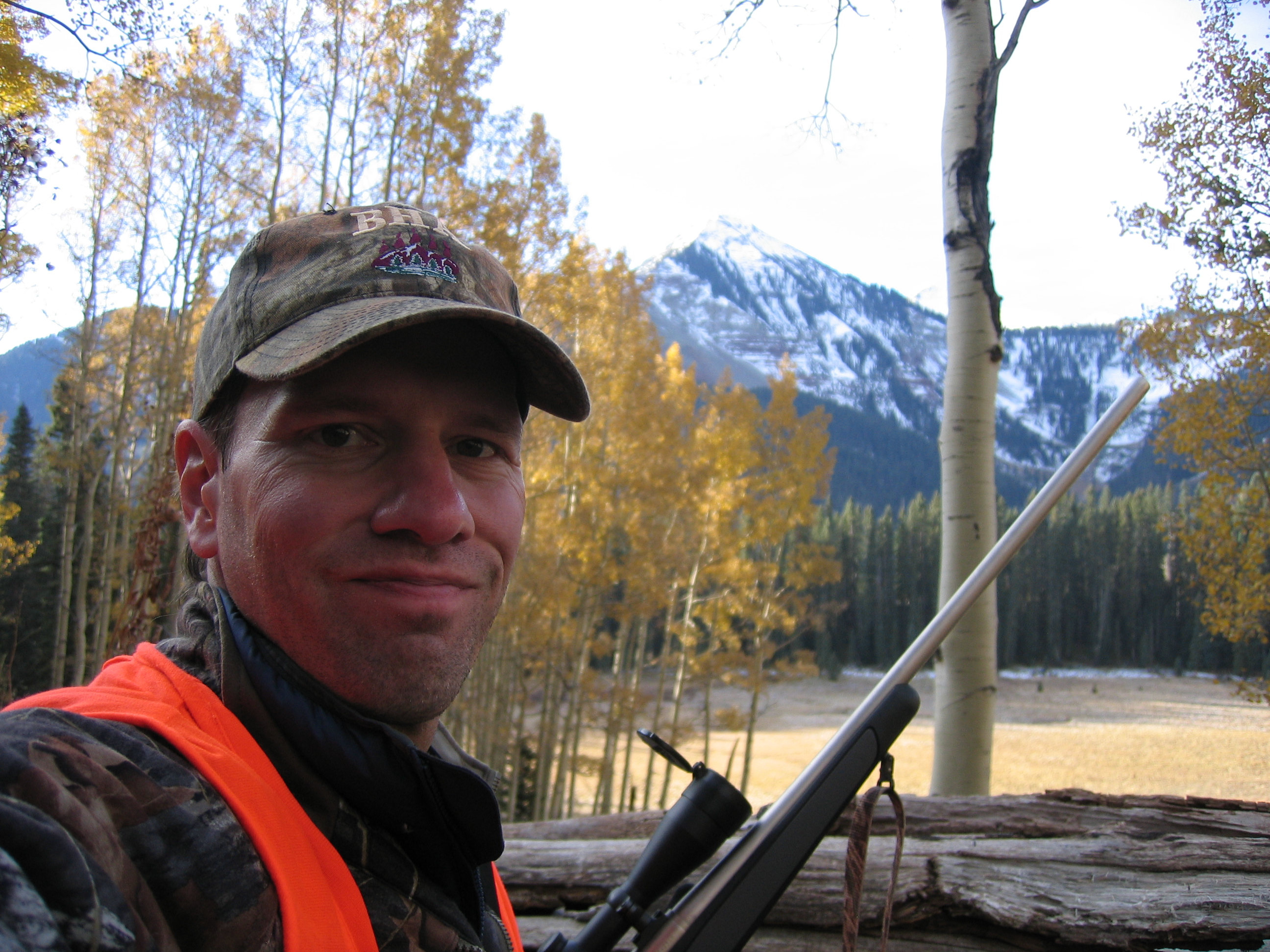 David Lien is a former Air Force officer and co-chairman of the Colorado Backcountry Hunters & Anglers. He’s the author of “Hunting for Experience: Tales of Hunting & Habitat Conservation.”[16] During 2014 David was recognized by Field & Stream as a “Hero of Conservation”[17] and during 2019 he was the recipient of BHA’s Mike Beagle-Chairman’s Award “for outstanding effort on behalf of Backcountry Hunters & Anglers.”[18]

[5] Jason Blevins. “A bold plan to protect 30% of Colorado lands and waters by 2030: Conservation groups hope to corral lawmakers, land managers, tribes and private landowners in a mission to add 14 million acres to Colorado’s trove of 6 million protected acres.” The Colorado Sun: 10/15/20.

[7] www.davidpetersenbooks.com; In 2010, David Petersen was honored as Sportsman-Conservationist of the Year by the Colorado Wildlife Federation. In 2012, CWF added to that honor with a Lifetime Achievement Award. In 2013, Petersen received the BHA Chairman’s Award for outstanding service to the group. From the press release for that honor: “David Petersen is a hunter-conservationist who has been actively involved in BHA since the first year (2004) it was formed. David’s many books and other writings related to hunting and conservation form the ethical foundation of BHA.”

[11] Passage of the CORE Act will protect 400,000 acres of public lands in Colorado, including new Wilderness Areas and the first-ever National Historic Landscape around Camp Hale. CORE has passed the House and is awaiting consideration in the Senate.