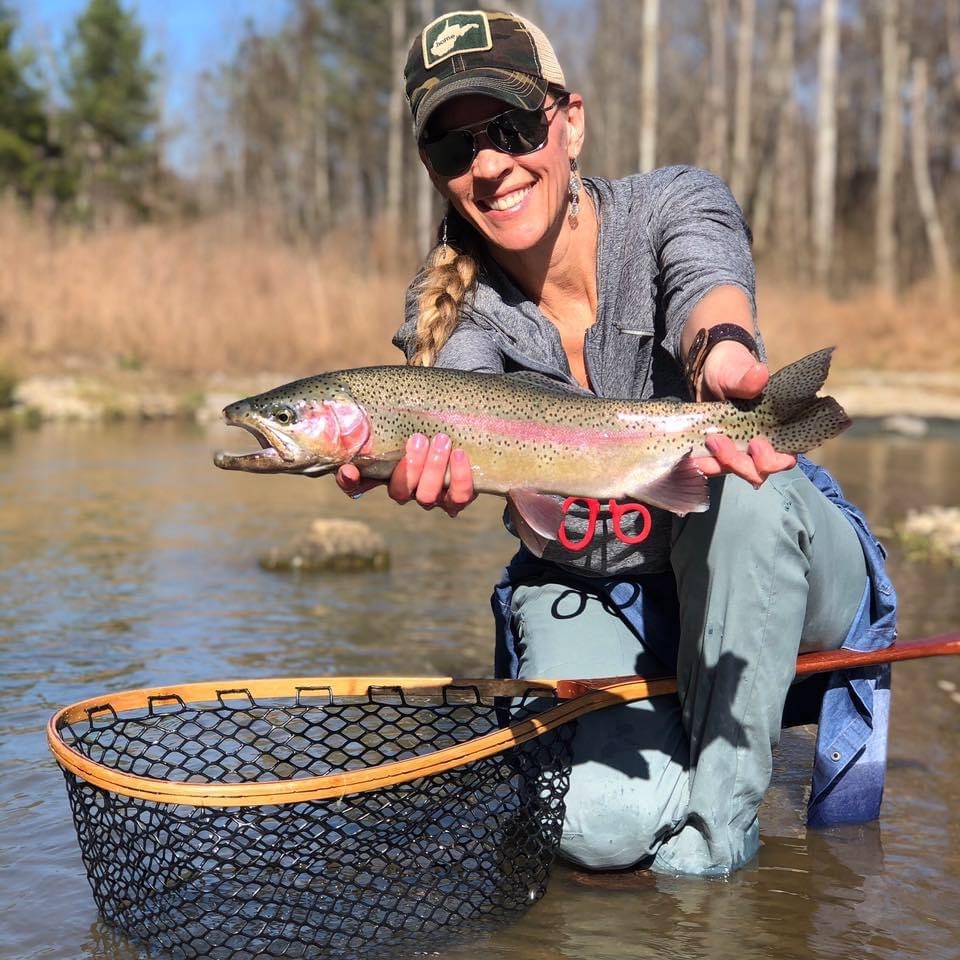 Amber was born and raised in the mountains of West Virginia, in the home of parents who were avid hunters, anglers and staunch proponents of the 2nd Amendment. “My father owned a deer processing business where I was charged with salting hides for chore money, exposing me very early to the world of hunting,” she said.

“It was also common to spend a Saturday helping to skin squirrels for stew (which I never learned to love), watching dad work his magic reloading ammunition, chasing trout in a mountain stream or scouting the woods for prime opportunities,” Amber added. At the time, Amber had no way of knowing what a gift her parents were giving her. Being raised in the outdoors has deeply rooted in her the importance of preserving our public lands and waters for future generations.

“As an avid fly-fisher, I see our own negligence and apathy echoed back by Mother Nature every time I step into a body of water,” she says. This has given her a sense of urgency to help protect those waters by raising awareness about the issues facing rivers, lakes and streams across the world today. Amber firmly believes that each of us can make a difference, even in the smallest of ways.

After graduate school Amber relocated to Kentucky, where she fell in love with fly fishing and served on the flagship Kentucky BHA Board of Directors. In 2020, Amber relocated to Colorado. “It is my desire to help promote water health, sustainability and proper usage across the Rocky Mountains and beyond,” Amber explained. As a first-generation conservationist, she’s quickly learned that the road ahead has the potential to be long and bumpy.

But she also knows that the collaboration of just a few like-minded people can make all the difference in the world. “I’m super excited to join forces with y’all and get my hands dirty doing some good work,” she said. “I’m wide open to ideas, suggestions and any opportunity to collaborate with folks on this team and elsewhere. I’m also super excited to learn all about big game hunting from those of you that are already on that journey.”

“We are pleased to have a hunter-angler-conservationist of Amber’s caliber join the Colorado BHA Chapter Leadership Team,” chapter co-chair David Lien said. “She embodies the can-do attitude articulated by Margaret Mead, who said, ‘Never doubt that a small group of thoughtful, committed citizens can change the world; indeed, it’s the only thing that ever has.’”

“Just show up. And keep showing up. Don’t wait for an invitation. Don’t wait for life to be fair, as my mother always reminds me, ‘life ain’t fair,’” Amber wrote in the Spring 2021 Backcountry Journal. “Build your own table if no one saves you a seat at theirs. Hold your ground, and let others see you break a sweat doing it.”[1] We’re looking forward to holding our ground and breaking a sweat in defense of our “wild public lands, waters and wildlife” alongside Amber. Wildlands and wildlife need many more like her.