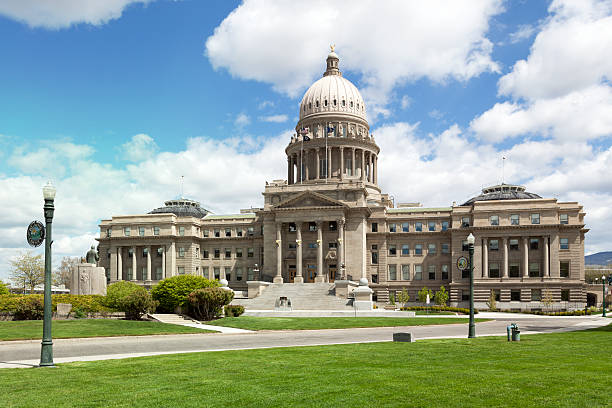 The Idaho Legislature officially adjourned on March 31, 2022, capping off an 81-day session.

As in every year, multiple bills were introduced in the legislature during this session that impact our public lands, waters, and wildlife, and Idaho BHA tracked a number of them closely. Likely the most controversial bill of the year was House Bill 507, which was designed to declare mechanical broadheads and lighted nocks as legal tools for use during Idaho’s archery seasons. Due to our belief that the Fish and Game Commission should set regulations of this nature, Idaho BHA opposed HB507 and provided both written and in-person testimony. The bill ultimately passed and will take effect as of July 1, 2022. You can read our full statement regarding this legislation here.

One surprise during the 2022 session was the introduction of House Bill 587, which was introduced by a lobbyist represent the real estate developer Trident Holdings, LLC. Many will remember Trident from when it attempted to acquire more than 20,000 acres of state Endowment Lands surrounding Payette Lake (full background details available here). These lands have high conservation value for wildlife, habitat, water quality, and public access, and so this threat of development initiated a large response that led to the creation of United Payette, a coalition of which Idaho BHA is an active member. When the Trident proposal and subsequent appeal were rejected by the Idaho Department of Lands (“IDL”), however, it seemed for a time like the immediate pressure was off. HB 587 would have reorganized decision making at IDL, potentially easing the path for groups like Trident to have their development proposals approved. The bill never made it off the ground, however it did highlight the importance of vigilance and the continued threats of development faced on Idaho’s 2.5 million acres of endowment lands.

A selection of other bills that deserved close attention came through as well; one that dealt with the increasing cost of wildlife depredation claims on private lands (an issue that will no doubt continue to garner attention), and towards the end of the session we even saw another attempt to permit captive sage grouse – though that one never made it out of Committee. Never a dull moment while the Legislature is in session, and while it is adjourned for 2022 Idaho BHA will continue monitoring and engaging in policy issues that impact our public lands and waters, access, and wildlife.