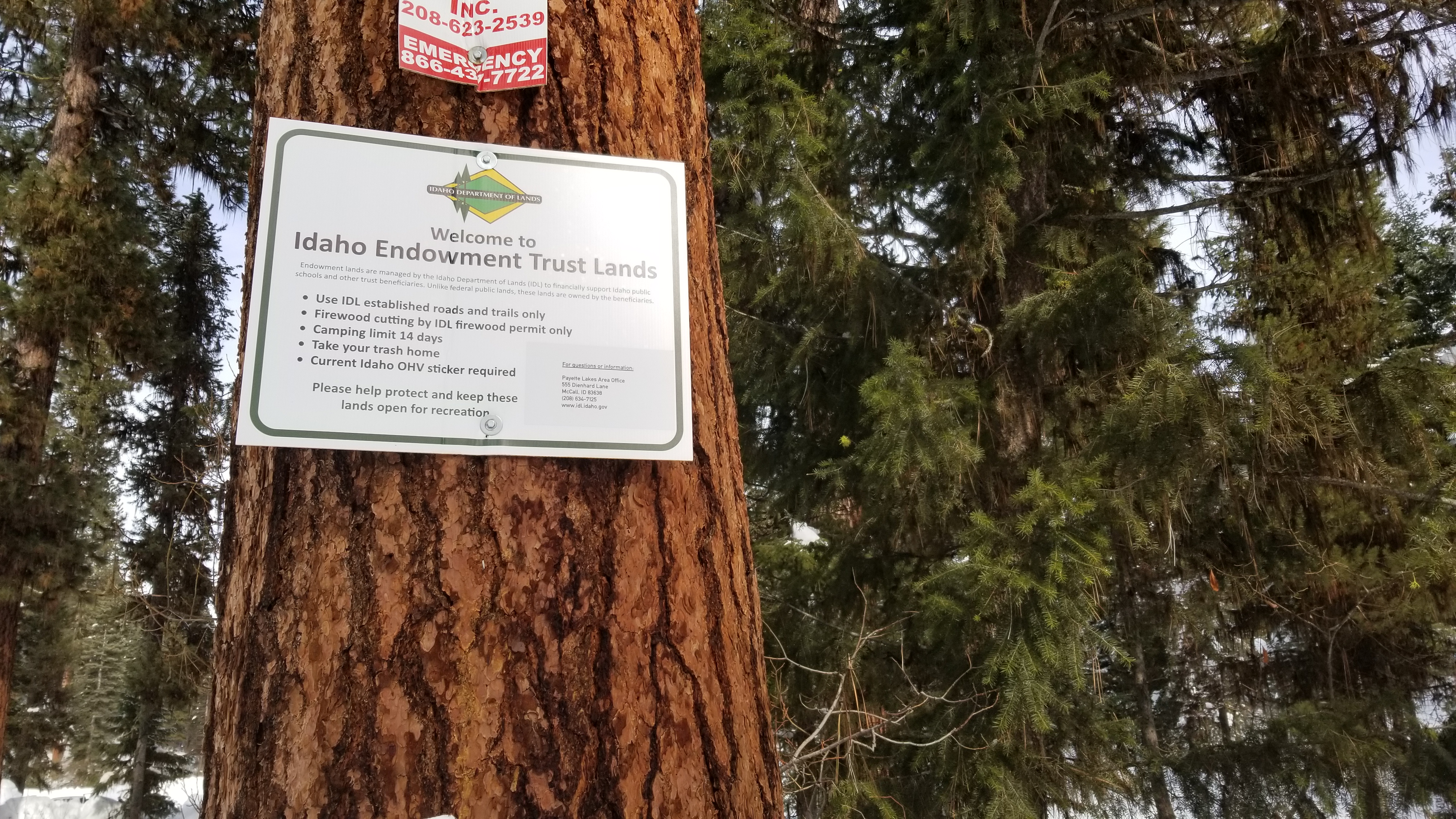 Update – Endowment Lands, and the formation of United Payette

Ever since real estate developer Trident Holdings, LLC submitted a proposal to the Idaho Department of Lands in 2019 to acquire state endowment lands around Payette Lake near McCall, Idaho (see a previous blog post, linked here, for background) the Idaho BHA chapter has been collaborating with other stakeholder groups on developing a solution to conserve these lands and prevent the habitat degradation and loss off public access that development would cause.

In July of this year, Idaho BHA joined with a number of other conservation organizations as well as local stakeholder groups from the McCall area to form United Payette (“UP”), a coalition dedicated to, as stated in the UP press release, conserving Idaho’s endowment lands in the North Fork Payette Watershed.

Why do we need a coalition like United Payette?

Unlike federally managed public lands, such as Forest Service or BLM land, Idaho’s roughly 2.5 million acres of endowment lands are managed by the Idaho Department of Lands (“IDL”) and the Idaho Land Board with a constitutional mandate to maximize the long-term financial value of these lands to endowment beneficiaries. That means that if we want to conserve these lands, and their corresponding value to wildlife habitat and recreational access, we need to develop a mechanism that will make that possible while still permitting the IDL and the Land Board to meet its financial obligation. Options such as conservation easements, which are successful tools for conserving private land, are less well established for state land such as Idaho’s endowment lands. Developing that mechanism in a form that can be presented to the Land Board as a suitable alternative to development requires an all-hands-on-deck approach, and that is exactly what UP is designed to do.

What about the money?

While developing a structure by which endowment lands can be permanently conserved is a vital piece of the puzzle, it is by no means the full solution. As mentioned above, the IDL and the Land Board have an obligation to maximize the long-term financial value of endowment lands; any solution proposed would have to meet that obligation, and therefore will require a significant amount of fundraising. UP is examining multiple options in this regard, and a broad coalition is an essential element of this process. Multiple fundraising options are being explored and will be communicated as they develop.

UP is targeting August or September to present a proposal to the Land Board. Whatever the outcome, it may well set a precedent which could be applied to other areas of the state – endowment lands are scattered throughout Idaho from the far southeast corner up to north of Priest Lake, and we are likely to see this issue come up again. Ensuring that the mechanisms we develop and the lessons learned from this process are applied towards conserving priority landscapes both around Payette Lake as well as elsewhere in the state will be a key priority for the chapter.

There will be multiple ways to get involved with United Payette over the summer, as well as the chapter’s efforts to identify priority landscapes on other tracts of endowment land throughout Idaho. Reach out over the chapter email to get involved.