The Wilderness Warrior by Douglas Brinkley 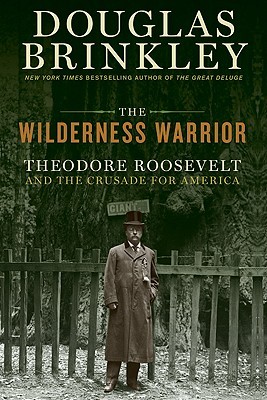 Where do you turn today to learn the truth about Theodore Roosevelt? To his heir as president, Donald Trump, whose secretary of the interior, Ryan Zinke, asserts that Roosevelt protected public lands then so they can be exploited now? Or to a source who seems better read on the subject, Miley Cyrus, who flashes a Roosevelt quote tattooed on her forearm in a music video?

Trust a historian. Douglas Brinkley’s epic 2009 biography The Wilderness Warrior is the best book about the crusade that vaulted Roosevelt onto Mount Rushmore – conservation. Brinkley puts Roos-evelt’s life into the historical, political and cultural context that led him to conclude, “There can be no greater issue than that of conservation.”

We meet Roosevelt as a deathly asthmatic young bookworm who builds muscle chasing songbirds. He grows into a buffalo hunter, rancher and soldier who grasps that the vanishing wilderness honed the American character but had come to need the protection of the American government. He becomes the inspirational president who fights every “man who skins the land,” and saves 230 million acres. He triples our national forests, founds our wildlife refuges and, with the Antiquities Act, creates the first national monuments, including what would become Olympic and Grand Canyon national parks.

This book, despite occasionally uncombed prose, taught me that conservation can transcend partisan sinkholes and be simultaneously patriotic, adventurous, populist, moral and fun. It’s abridged, amazingly, at 960 pages, but you’ll wish it went on. The story and the deeds.

Purchase The Wilderness Warrior on Amazon Smile, and register Backcountry Hunters & Anglers as your preferred non-profit to give back to your wild public lands, waters and wildlife.