For someone who grew up hunting whitetails in northern Minnesota, making the transition to Rocky Mountain elk hunting was no small task. Although there are some similarities, for the most part elk hunting is an entirely different ballgame. Accomplished elk hunter and conservationist Randy Newberg is a Minnesota transplant (to Montana) too. 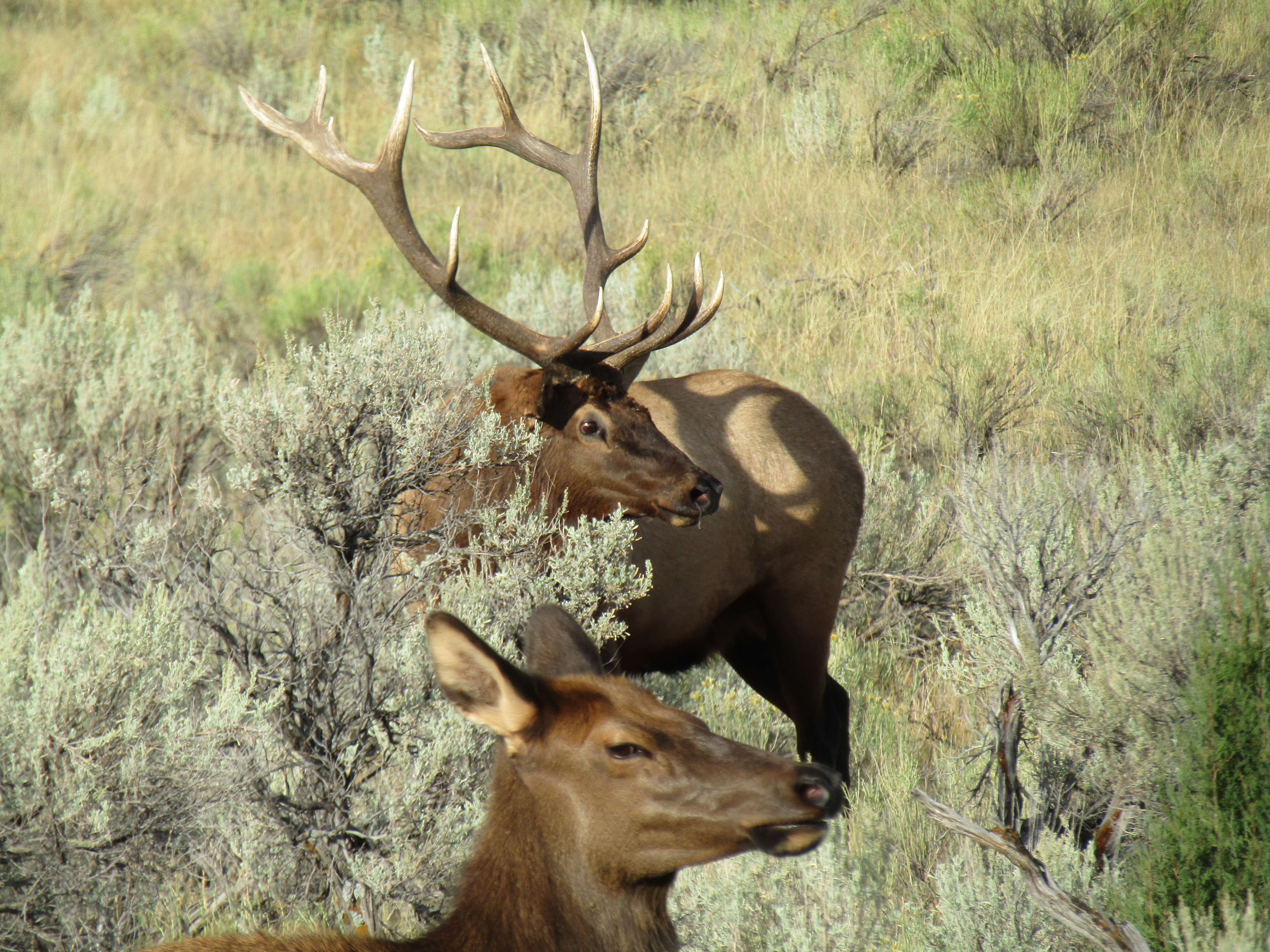 “Growing up, I thought you had to be a millionaire to go elk hunting,” Randy said (in the 8/2/19 Outdoor News). “I want people to know that’s not true. Regular people can do this.” “Remain a fanatic about the wind,” Randy added. “Also, elk move a lot. This is not a 100-acre-woods animal that you can pattern. An elk may not repeat his pattern for three weeks, and then it may be five miles away. Don’t get stuck in a rut with elk; be willing to travel and move, travel and move.”[1]

As Randy alludes to, elk hunters can go entire seasons without seeing elk due to their propensity to travel long distances, especially when pressured. Hence, just because you encountered elk somewhere last year doesn’t mean elk will be there again. My friend Stuart Osthoff (another Minnesotan)—publisher/editor of The Boundary Waters Journal—says: “Past success is like a curse. You want to believe that history will repeat itself.”[2]

“I have spent the last twenty-one straight Septembers hunting and guiding the Colorado archery elk season,” Stu explains (in the Winter 2020 Boundary Waters Journal). “Bowhunting rutting bulls in the high country just may be my greatest love. I haven’t been particularly good at the archery part of the game, but this spot and stalk style of hunting is right in my wheelhouse. Working into bow range of a rutting bull is a thrill like no other, and the great thing is this game is still affordable enough for the average hunter to play every season.”[3]

Since we’ve established that Minnesotans like hunting elk and it’s generally affordable, let’s consider a daunting elk hunting statistic. The 2019 Colorado elk harvest success rate was 19% for all manners of take.[4] That stat alone should provide plenty of food for thought. Another relevant observation, from Backcountry Hunters & Anglers Chapter Coordinator Ty Stubblefield: “At 10,000- to 12,000-feet elevation in the Colorado … backcountry, every breath feels like it’s your last.”[5] 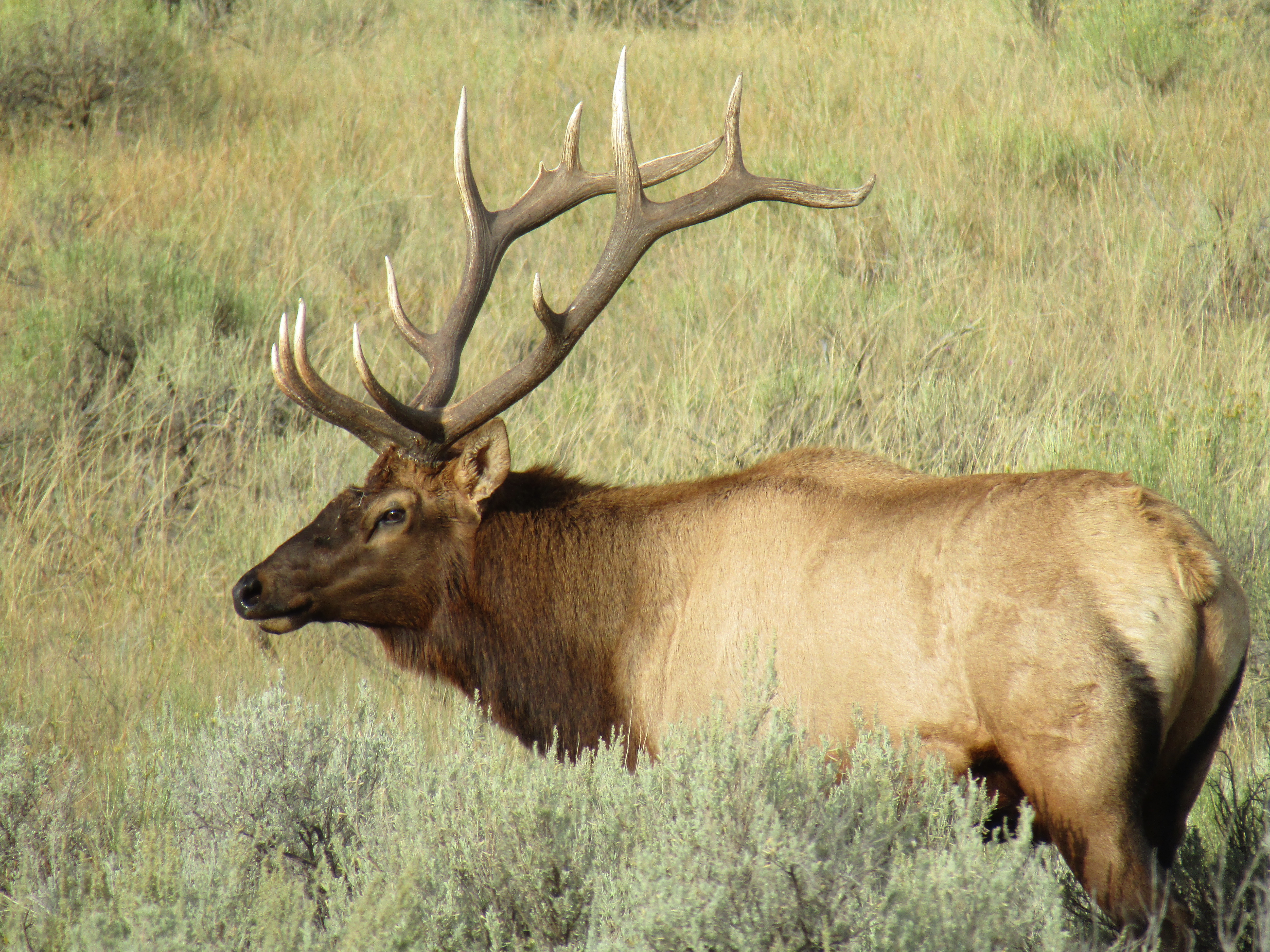 That said, always keep in mind that even if you don’t encounter a single elk, the memories alone are worth the time and effort. Although I’ve harvested a few bulls (no B&Cs, but all trophies) over the years, I have many more priceless memories from meatless seasons that I wouldn’t trade for anything. Some of these recollections have become Colorado Outdoors stories. In Part I, excerpts from stories 1-5 were sampled.[6] The passages below are from stories 6-9, written between 2014-2020, with a 10th BHA story/post included for good measure.[7]

6.) “Wapiti Ambush (Part II: ‘Bonking’ Bulls).” Colorado Outdoors: 8/12/14. “Moving slowly, while occasionally cow-calling … we heard crashing brush nearby. A bull (a nice 6×6, it turns out) was headed our way, flashes of tawny hide rippling through the shadowy timber. I had my sights on a small clearing he’d have to pass through … no more than 75 feet from our location, the bull stopped and hesitated, for maybe two seconds (while, coincidently, obscured by brush and trees), then whirled around and headed downslope in a hurry, without giving me a shot opportunity.”

“Over the years, I’ve learned that a hunt can be 100 percent successful without ever pulling the trigger or releasing an arrow. I gauge a hunt by the richness of the endeavor. Regardless of what animal is pursued, I measure success by what’s learned in the field, that which can never be learned from behind a computer screen. If you hunt hard and enjoy everything along the way, success is guaranteed.”

7.) “6x6 Karma.” Colorado Outdoors: 9/12/14. “If you jump elk, you will know it: They make a tremendous amount of noise. In the confusion they’re as apt to run into you as away from you, but the first elk I jumped (Monday morning) knew which direction to go, and never gave me a glimpse. Later, I decided to take advantage of the day’s mild weather and hike down to base camp to resupply for the rest of the week, setting in motion a chain of events David Petersen referred to as my ‘6×6 karma’ moment.”

“While stalking along an aspen bench … I jumped another elk, with a harem! For several seconds the bench was a swirling mass of green pine needles, thundering hooves, snapping branches, and hides of vanilla and rust flashing through the trees. After overcoming their initial confusion, the herd started moving away, en masse but single file, through a natural shooting lane 100 feet away.”

“After approaching the dead bull, I kneel down beside him … his life will now live on through my life, and I must not dishonor his death. Life from death—it’s how the world works, like it or not, and honoring the lives we take is a vital part of the process. I step back and take a moment to admire the broad rack and long (14-inch) brow tines on the 6×6 lying beside me while contemplating the daunting task of skinning, quartering and packing out perhaps 200 pounds of meat.”

8.) “Hunting With A Man Made of Elk.” Colorado Outdoors: 1/23/14. “Although popular hunting magazines often display colorful photographs of huge bulls standing in open meadows presenting easy targets, the reality in Colorado’s high-elevation, lung-busting backcountry is far different. Elk always have the home-field advantage … According to the Rocky Mountain Elk Foundation’s Elk Hunting Q&A, “90 percent of the elk taken are found in 10 percent of the available habitat, and that habitat is usually at least a one-hour hike from the nearest road.”

“After several days of dawn- ’til-dusk hunting without success, Monday (Oct. 17) evening I drove over to David Petersen’s cabin to discuss our hunting strategy for the morning … With the first hints of dawn illuminating the eastern horizon, we quietly entered the regenerating aspens. After finding a good location to survey the surrounding ridges, we sat, watched, and listened for half an hour … before a bull headed our way.”

“My first shot slowed the bull down, but you don’t stop shooting while an elk still has its feet. It took a couple more to finish the job, and then silence, accompanied by the ‘storm of conflicting emotions’ Edward Abby described as being at the heart of the hunt. David and I patiently waited for several minutes before heading over to the downed bull. As we approached, David gave the elk a gentle poke. Nothing. Its eye had already glassed over. Dead.” 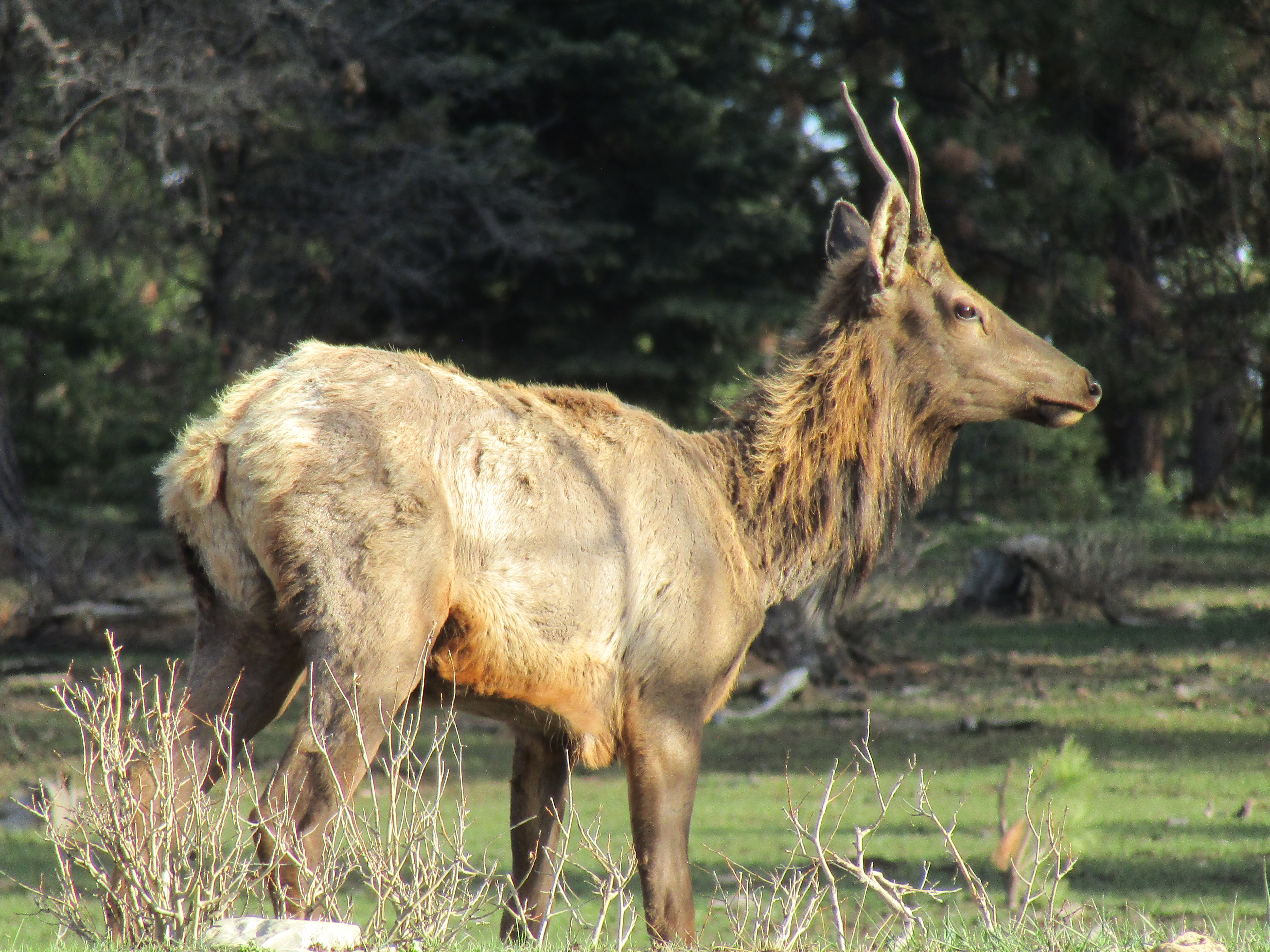 9.) “Colorado Elk Hunting: Showing Up (Physically Fit) Is Half The Battle (& The Easy Half).” Colorado Outdoors: 8/7/20. “‘When you look for elk, remember one very basic factor: You’re essentially looking for a band of animals in a vast chunk of land, usually mountains and usually heavily timbered,’ Jim Zumbo explained in Hunt Elk. ‘Elk aren’t like deer in that they’re scattered around the forest. There will be lone elk or small groups, but most will be in herds. If you don’t put plenty of ground under your feet, you’ll be blissfully ignorant.’”

“Former Backcountry Hunters & Anglers North American Board Chair, Ryan Busse, shared some elk hunting tips after taking his 12th six-point bull in October 2019: Use the wind. They never distrust their nose; Hunt them where they are, not where you want them to be; Use your sight advantage. See them before they see you; Don’t screw up your opportunities. When they go, they can go miles.”

10.) “Colorado Elk Hunting: Right Place, Right Time.” Backcountry Hunters & Anglers: 9/23/21. “I’m a firm believer that we set ourselves up to be lucky, in all facets of life, through hard work and persistence no matter the endeavor. That said, luck can be hard to come by while elk hunting … For the bull I put in the freezer during October 2020, in an over the counter (OTC) unit, a steep price was paid, literally and figuratively, including hiking 24 miles through 9,500 feet of elevation gain during four days of hunting.”

“Like climbing mountains, elk hunting is potentially dangerous, usually uncomfortable—an extreme physical and mental struggle—but always unforgettable. Day in and day out you (we) most likely won’t hunt as hard for anything else as we will for an elk, and with a bit of orchestrated luck we’re occasionally (hopefully) in the right place at the right time.”

David Lien is a former Air Force officer and co-chairman of the Colorado Backcountry Hunters & Anglers. He’s the author of “Hunting for Experience: Tales of Hunting & Habitat Conservation.”[8] During 2014 David was recognized by Field & Stream as a “Hero of Conservation”[9] and in 2019 he was the recipient of BHA’s Mike Beagle-Chairman’s Award “for outstanding effort on behalf of Backcountry Hunters & Anglers.”[10]