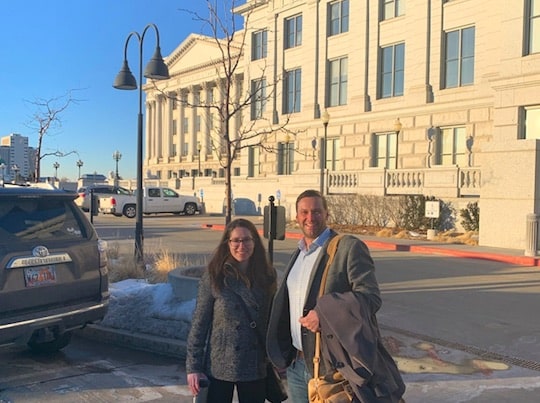 In an effort to more directly engage in bill tracking and direct lobbying efforts during the Legislative Session, BHA Utah created a Legislative Action Committee to make a more concerted and systematic effort of alerting our statewide membership to bills that concern hunters and other public land users. The Committee was led by Perry Hall and significant contributions were made by Ashley Kijowski, Brandon Savaiinaea, and our sagely Policy & Access Coordinator John Fairchild. Also, notable, our Chapter Secretary, Caitlin Curry, participated in the process by attending weekly Sportsman’s Caucus meetings to engage directly with Legislators, the Utah Division of Wildlife Resources (DWR), and other sportsmen’s groups on pertinent bills as they progressed through Session.

Throughout the seven-week session, the Action Committee busily identified and tracked all bills that were directly related to public lands, waters, and wildlife. As a group, the Committee identified 25 bills that fit these criteria and then took a deep dive into researching them and then, when necessary, alerting our members and other collaborative partners to take action. Luckily this year, there were only 4 bills that caught our attention and were of major concern to our collective interests; a synopsis of these are as follows:

Utah BHA supported this amendment because its intent is to strengthen what we as sportsmen and women value most about spending time in the backcountry. This bill helps solidify our ability to continue to have the opportunity to pursue our quarry regardless off a change of times or fluctuating social values. The bill does not allow for people to hunt whenever, wherever, but rather bolsters state managed fish and game under the regulation and direction of the DWR.

We also supported this measure, as it gives legal legs to the Weber River Public Access case and sets guidelines and definitions as to what is permissible for recreationalists and landowners alike. We were in close contact with the Utah Stream Access Coalition, Western Resource Advocates, and our good friends at Western Rivers Fly Fisher regarding this bill; unfortunately, it did not pass due to pending landowner litigation threats. It was a disappointing blow not to see it pass, but we are now better equipped and poised to continue the fight during the next session.

We decided to take a neutral position on this bill, which effectively gives the Director of the DWR to changes hunting quotes outlined in the predator management plans on units where it is proven that predation is a limiting factor on mule deer. While our official position was neutral, we had two primary concerns with it:

While we remained neutral on the bill, and support the DWR’s recommendations for predator management, it ultimately passed.

We were neutral as well on this bill, which called for a change to the existent study that occurred several years ago on determining the feasibility of diverting water from the upper Green River to provide culinary water to the greater Wasatch Front. While this bill is concerning, we wanted to have a seat at the table for future legislation with an eye toward potential negotiations when this bill will inevitably occur in the future. The Green River is a Blue Ribbon Trout Stream and a treasured natural resource; much of Daggett County relies heavily on the recreation from this river for its economy, including Matt Lukas, our Northeast Regional Board Member. This bill hit particularly close to home as we want to see the Green’s water remain within the banks of its naturally occurring flows; we will continue to closely monitor this issue moving forward.

Thanks again to all of our board members and statewide members at large who pitched in and help assist us with identifying bills and raising them to our attention. If you are interested in being a part of our Legislative Action Committee please send us an email at [email protected]. 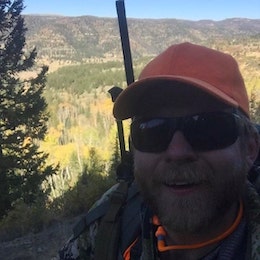 share on
See other posts related to Utah BHA Utah News
Get the latest news and stories, right to your inbox.
Search
Local Chapters