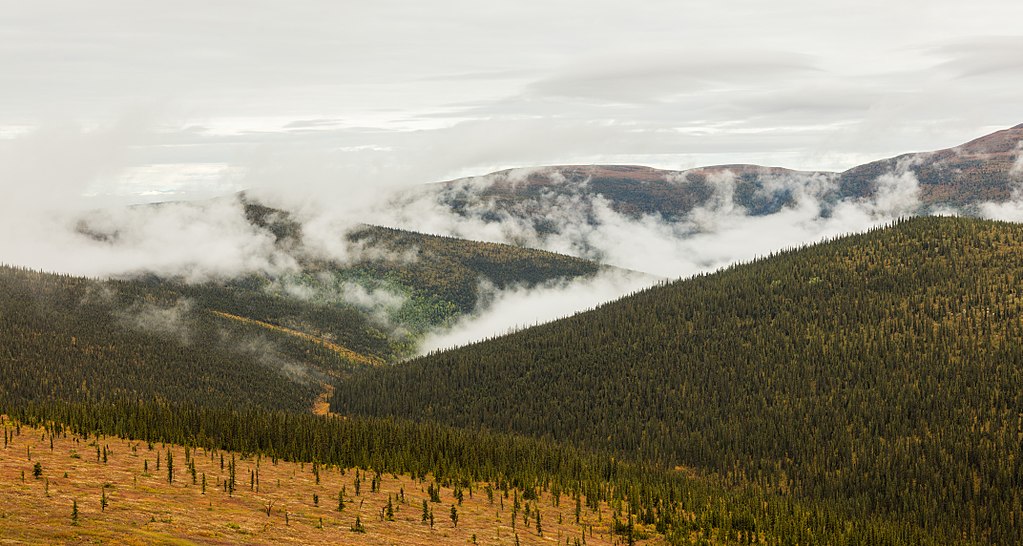 In Alaska, our western “North of 60” counterpart, you might hear - “Our issues aren’t the same up here!”  Yukoners might say the same, but our comparison is with our Canadian provinces, and not the lower 48.

Some of those challenges are: limited road/water travel corridors and backcountry access points; a severe environment where productivity is considerably lower than in southern climates; and increasing direct and indirect pressures on valuable and vulnerable resources, like caribou and moose.  Part of the answer to meeting those challenges is recognizing that there is a tremendous amount of land and water in Yukon – with legally protected access – available to those who appreciate our unique, shared responsibilities and opportunities and are willing to make the time and put in the effort.

Yukon is unique among Canadian jurisdictions in many ways, one of which is that the territory has Final Land Claim Agreements, or modern-day treaties. Of the 14 First Nations in the territory, 11 have agreements; additionally, the northern-most portion of the territory is part of the Western Arctic Inuvialuit Final Agreement, and there are also several transboundary First Nations who have a portion of their asserted traditional territories in Yukon.

While the Yukon has no shortage of wild country and public land, access is becoming an increasingly important and critical challenge facing hunters and anglers.

Traditional territories recognized within agreements cover approximately 80% of the Yukon’s 482,443 km2 (186,272 mi2)(an area larger than California) and encompass the landscapes within which each First Nation lived, traveled, traded, gathered resources and maintained the relationships they needed to survive. These areas continue to be home to First Nation people whose connection to these landscapes remains strong and continues to be restored after many challenging decades. Agreements identify specific areas of land within the traditional territories of settled First Nations as Settlement A Lands (both surface and subsurface rights) or B Lands (only surface rights).

In Yukon, non-Settlement Land and areas where Agreements have not been completed are considered commissioner’s lands, or commonly known as “Crown Land.”  These lands are managed by the territory (with exceptions being private, federal and municipal lands) on behalf of all Yukoners to meet the needs of a wide variety of users. Activities on territorial crown lands include, among others: forestry, mining, tourism, agriculture and First Nation, resident and outfitted hunting and fishing.

Yukon is not unique in its need for vibrant, progressive natural resource development sectors, such as mining and forestry.  Additionally, the vast majority of Yukoners access the backcountry via the limited network of roads and exploration trails left over from exploration and mining endeavors. With only a few exceptions, resource access roads built in Yukon have been considered publicly accessible, either by design or by common understanding over time.

The complex issue of resource roads is currently being addressed by the territorial government as it pursues the development of Resource Road Regulations.  These regulations would consider public/private road designations in the context of road design, standards, ownership, permitting/management, maintenance, access, costs, closure/decommissioning and enforcement.

While early in the process, opinions and interests are highly variable, and uncertainty exists in principles important to hunters and anglers such as whether or not the regulations would be applied retroactively to existing roads, as well as strongly influencing wilderness/backcountry access opportunities associated with future road developments.

The most micro-scale land access issue Yukon hunters’ face, as addressed in a previous edition of Backcountry Beat, is the loss of opportunity to hunt even small game near communities. As land developments along the relatively few highways and roads continues outward from communitie,s the “no-hunting without permission” bubble expands – the result of a regulation requiring permission to hunt within 1 km (about 1000 yards) of a residence, regardless of the tenure of the land. As sprawl continues, the accessible lands between no-hunting bubbles shrinks. A project Yukon BHA undertook a couple years ago to characterize the loss of opportunity over the decades will continue to bring this important issue into the public light with quality data and clear findings.

While the Yukon has no shortage of wild country and public land, access is becoming an increasingly important and critical challenge facing hunters and anglers. Yukon BHA looks forward to being a voice in the discussions about progressive, strategic resource and access management issues, while building an informed and engaged membership that would like to see a strong future of Yukon hunting and angling as celebrated as the past.

Richard Cherepak, Yukon BHA Treasurer, is an ecologist by education, a park operations and environmental assessment guy by profession and a hunter/angler with family and friends by preference. Rich is always looking for the elusive, undiscovered spots where a bit of extra effort just might pay off.

About Richard Cherepak
share on
See other posts related to Yukon BHA Yukon News
Get the latest news and stories, right to your inbox.
Search
Local Chapters