Standard view: We must find a new generation of giants

In this pandemic year, one of the things that has made life bearable for many Montanans has been the state’s outdoor recreation opportunity.

The great wilderness of this state is always there, waiting for us to enjoy it. We often take that for granted, and we should not.

With every step we hike, every line we cast, every range we hunt come fall, we stand on the shoulders of giants. We would not have many of those opportunities if it were not for the vision, the courage and the fight of individuals — outdoor and conservation champions — who have found ways to make a difference.

When we float the Big Hole River with its precious population of native fish including the fluvial grayling, we are taking advantage of a resource passed on to us by the likes of Tony Schoonen and George Grant, who fought successfully to block a dam which would have changed the nature of that magnificent 150 miles of trout river forever.

When we cast a fly in his home water on the Gallatin, we honor the memory of Bud Lilly, whose work to replace “put and take” with “catch and release” changed the ethic of fishing and the science of our rivers.

When we hunt on Montana’s school trust lands, we are able to be there because of the efforts of men like Butte’s Jack Atcheson Sr., Jack Jones and Schoonen, who fought and won the battle to make these lands accessible to the public in the 1970s and 1980s.

When we walk the Missouri Breaks or float that magnificent bountiful river that defines much of our state, we owe homage to Jim Posewitz, who prevented a wild and scenic river from becoming a series of dam tailwaters. Same goes for the Yellowstone, which is still the longest undammed river in the Lower 48, thanks to Dan Bailey, and thanks to Posewitz. 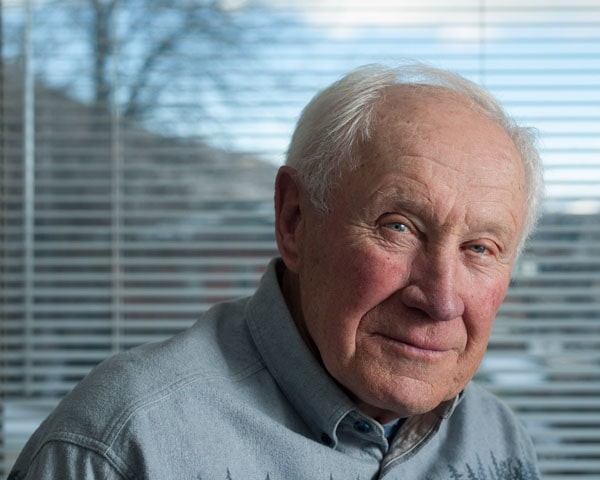 They and other conservation heroes worked tirelessly and successfully to preserve much of what is wild and free about our state’s outdoors.

But the passing of Posewitz on Friday reminds us that we are losing too many of these champions. Schoonen died less than a year ago. We’ve also lost Atcheson, Lilly and others in the last few years.

Land Tawney, the Montanan who is national president and CEO of Backcountry Hunters & Anglers, said Saturday about Posewitz, “Our biggest tribute to Jim would be to understand the story of our conservation legacy and fight like hell to pass it on to the next generation — guaranteeing that the lion that is his legacy will still roar."

Threats to our outdoor heritage in Montana have never been greater.

These days it seems that many of the federal officials charged with the stewardship of our public lands are instead most interested in placing them in private hands. We have scofflaws wealthy enough to fly their own helicopters into places like the Bob Marshall Wilderness. The issue of private land holdings blocking public access to public lands remains serious. Climate change threatens our forests and streams. And, perhaps most concerning of all, the ever-increasing appetite for wilderness recreation and ongoing development at the edges of wilderness both put greater and greater pressure on our remaining wild resources and make it vital that they be managed effectively. And this is happening even as state government continues to find it difficult to allocate resources to that task.

It has never been more important for individual conservationists in the state to step up, be heard, and take action. We must, in Tawney’s words, “fight like hell to pass it on to the next generation.”

We can’t squander the legacy of the giants who came before us. And we must make sure we elect men and women who understand that legacy and embrace it.

About Montana Standard
share on
See other posts related to Montana BHA montana issues
Get the latest news and stories, right to your inbox.
Search
Local Chapters