As of mid-July, the question of public access to the streams of New Mexico is still up in the air, 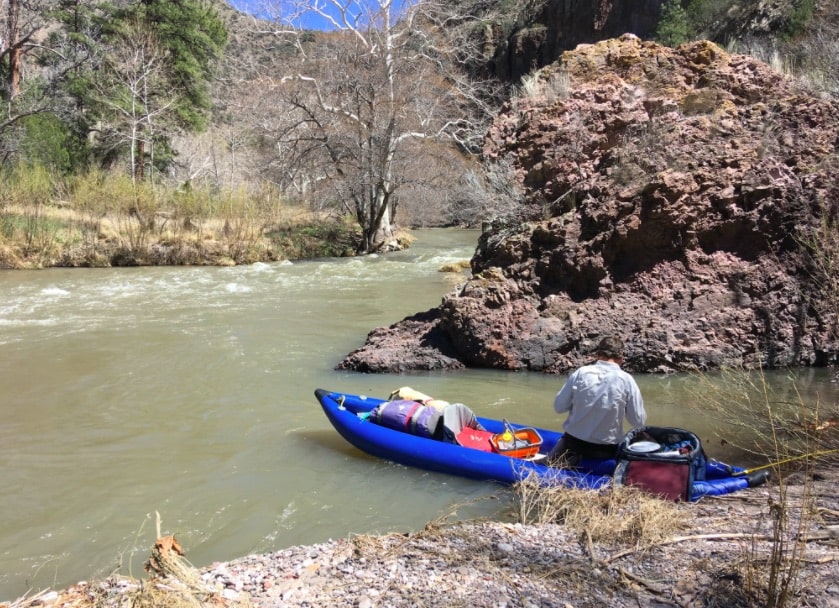 but New Mexico BHA remains hopeful that common sense and the state constitution will prevail.

Although NM BHA and others filed suit last year and asked the New Mexico Supreme Court whether the State Game Commission can legally block public access to streams, we have not yet received an answer. It could come any day. We believe the constitution and a 1945 Supreme Court decision are clear: streams should be open to all recreational use, provided the public does not trespass over private land to reach or leave the water.

The Commission itself has asked for legal authorities to determine once and for all whether their regulations – written and approved by a previous commission appointed by then-Gov. Susana Martinez – are constitutional. The new commission put a moratorium on new applications.

But even as the Supreme Court ponders the issue, five more landowners applied to the Game Commission to officially and permanently block access to the streams that run through their property.

In fact, the Commission was expected to vote on the new applications in June. But on the day of the meeting, Chairwoman Sharon Salazar Hickey announced a delay, which she said was needed for state attorneys to determine whether any of the commissioners has a conflict of interest in this contentious issue. The new meeting is set for Aug. 12, and the deadline for public comment – written only – is July 29.

But now the seven-member Commission is short-staffed and how it will vote on the applications is anyone’s guess. Commissioner David Soules, who appeared to support stream access, died unexpectedly in March. He has not been replaced. And in early July, Commissioner Gail Cramer, who has appeared opposed to public stream access, stepped down.

NM BHA has opposed the five new stream closure applications and urges its members and supporters nationwide to do the same. Our message is simple: The state Attorney General’s Office has said at least three times in recent years that the stream closure regulations adopted in 2017 are unconstitutional and unenforceable, and it only makes sense for the Game Commission to either deny or delay any new applications until the Supreme Court has issued a ruling.

Sign our petition and send in your comments on the five pending applications to [email protected] by the close of business on Thursday, July 29.