In 2018, Rebecca Romero was the victim of a hit-and-run collision in Missoula, Montana. She had just graduated from the University of Montana, earning a degree in wildlife biology, and had recently enlisted in the Montana National Guard with future aspirations to become a game warden. Rebecca served as an officer of the UM Student Chapter of The Wildlife Society and an active member of UM’s BHA club. She was a new hunter and immersed herself in numerous programs established to recruit new hunters and anglers including BHA’s Hunting for Sustainability & Hunter Mentorship program.

In honor of her life, the Rebecca Romero Legacy Hunting award was created to cover the cost of non-resident hunting licenses for deserving students, with a focus on recruiting females and new hunters, something Rebecca was deeply passionate about.

Until recently, the cost for non-resident hunting licenses was a significant barrier for would-be new hunters. Last year, a group of students including the current UM BHA club president, Nicole Bealer, advocated the Montana legislature for resident rate hunting licenses for full-time students. As a result, HB647 was signed into law in the spring of 2021, allowing full-time students with reciprocal student licenses in their home state to access resident-rate tags. However, due to the reciprocity clause, this still leaves a number of students who wish to participate in the hunting season ineligible for the discounted resident price, and therefore facing a significant financial burden to hunt in the state they reside for at least 9 months per year.

This year, the Romero scholarship was awarded to three students and new hunters from states without reciprocity. Financially supported by the Romero family and the Montana Chapter of BHA, the funds cover a big game package for each student, which includes a general deer and elk tag, a fishing license and a license to hunt upland birds. Each recipient also agrees to participate in the Montana Hunt Mentorship Program which pairs them with a hunting mentor to help them fill their tags.

You can read more about Rebecca at her family's scholarship website here. 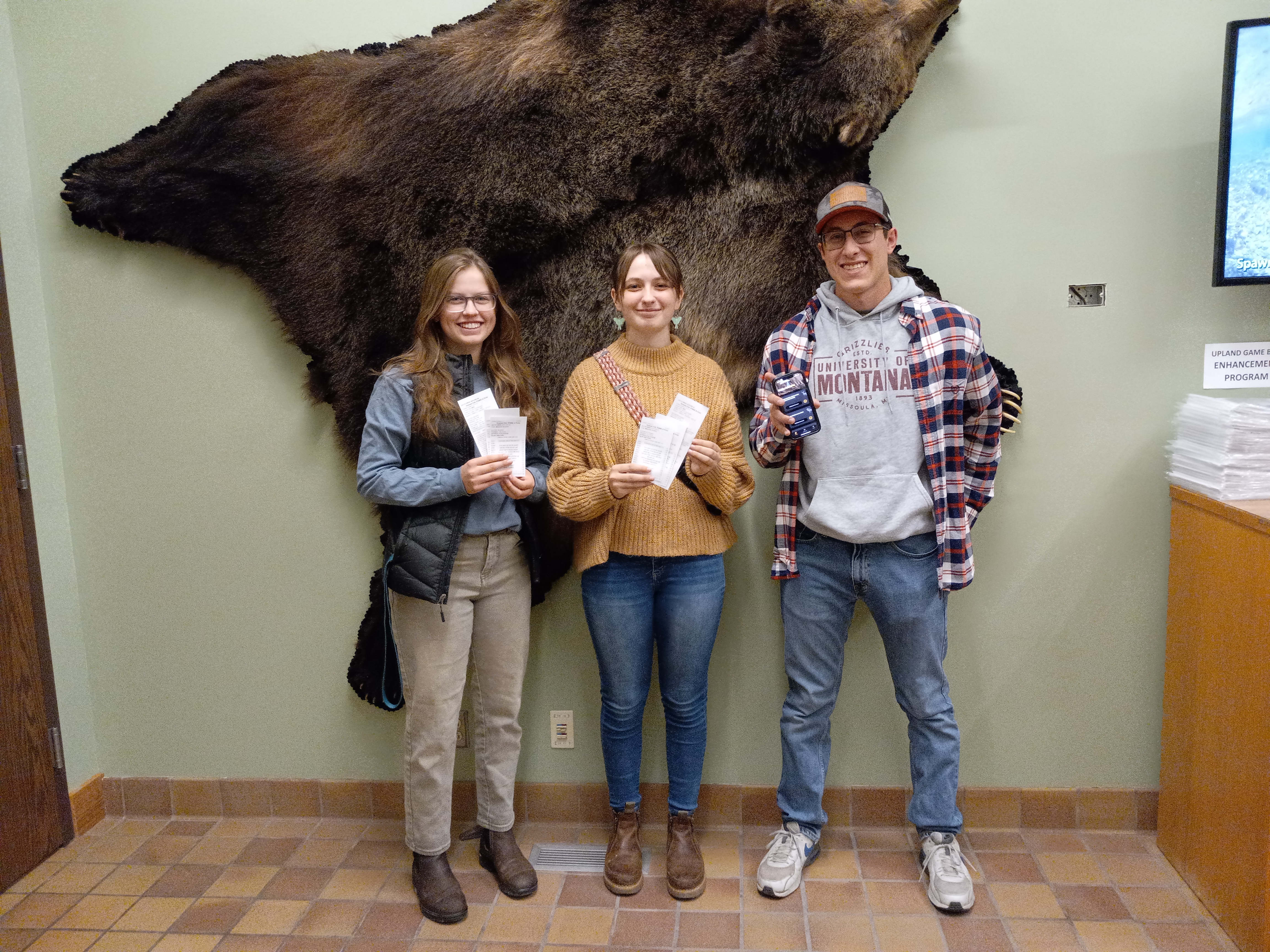 Mattie is from Massachusetts and is pursuing a degree in wildlife biology. Mattie participated in the Montana Hunter Mentorship Program last year as an observer and helped field dress and pack out a mule deer. Wanting to gain that experience for herself, she applied for the Romero scholarship. "I have very little experience hunting but moderate experience in the outdoors," she says. "I feel like I learned a lot last year just by observing, so I can only imagine how much I’d learn actually going out there with the intention of harvesting something myself."

Joseph is also a wildlife biology major at UM who hails from California. "I am a big hiker. I’ve been doing it since a young age in the San Bernardino mountains. I also grew up mountain biking in the Cleveland National Forest. As for hunting, I’m very new to it
as I just bought my first shotgun last year. I went on my first hunt this past spring for turkeys. I didn’t kill anything, bu what I truly love about hunting is being outdoors & being immersed in nature."

"I hope through hunting to gain a new view and deeper insight into nature. There is an infinite amount of knowledge to be gained while hunting; you can learn about flora, fauna, and even yourself." Elizabeth grew up in a hunting family in western Washington, and while she's been exposed to hunting and firearms her whole life, she never got the opportunity to hunt herself. She sees hunting as critical to her work as a wildlife biology major. "I believe hunting is imperative to conservation as it exists now. Not only because hunting itself is part of wildlife management, but also because all ethical hunters care deeply for the environment and are willing to protect it."