On a cool evening, I sat hidden amidst a group of boulders, watching the north face of a 11,000-foot summit as over 100 elk made their way out of the timber and onto open grasses along the adjoining alpine basin. It was a sight I hope to remember for the rest of my days. And yet, as impressive as it was, this spectacle had a downside. That being … it was July … not September: no rut crazed bugling elk, no aspens draped in the colors or autumn, and no crisp morning air.  There wouldn’t be a rifle over my shoulder, pack on my back, or tag in my pocket for another couple months.  The collection of cows, calves and young bulls were safe, and my only job was to observe, quietly and unnoticed, with feelings of appreciation, wonder and amazement that flooded my soul as this massive elk herd grazed peacefully in the fading daylight. Years later, I can still close my eyes and relive that experience.

It's amazing how impactful something like that is to a veteran hunter of nearly 30 years.  I can only image what it must have been like for my brother-in-law, who sat quietly beside me, on his first ever trip into the mountains.

Mentorship, as many know, is vital for recruiting the next generation of hunters, anglers and conservationists. That’s why game management agencies, conservation organizations and local sporting clubs have their respective mentorship initiatives. Yet, the image of mentorship often translates to adult/child interaction, wherein the adult forgoes their own hunting and instead devotes time to sitting with an inexperienced youngster. Make no mistake, that is mentorship, and it’s important that it continue. However, the idea of “mentoring” needn’t be limited to a singular form. If we are to grow our ranks and continue advocating for wild things in wild places, then we need to expand what we consider as mentoring.

If we shift focus back to my brother-in-law, we’ll see someone in his late 30s, who grew up in New York City, the son of Puerto Rican parents, with limited childhood exposure to wild places (let alone hunting). Not exactly the typical image of a mentee. Yet, our trip into the mountains and the encounter with those elk had an impact. 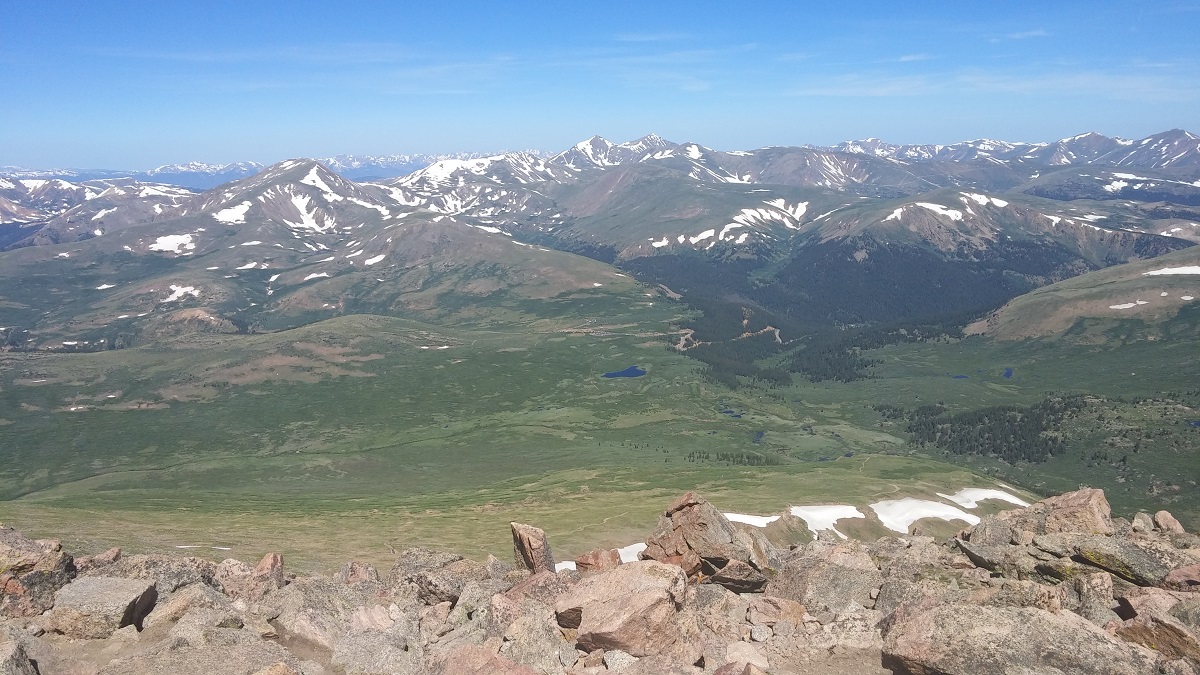 It began with simple questions, followed by conversations and a few “tag-along” trips to the forest. Then, over the next year several years, my brother-in-law would join us for summer food plot preparation, hanging stands and checking cameras. He’d go spotlighting, help drag harvested deer from the field and even made a trip to Wyoming in search of pronghorn. All the while, he never held a tag of his own. When asked about why, he’d say “it’s relaxing to get outside,” or “I just kind of like it.”

Our Wyoming pronghorn adventure framed it best when we realized he’d completed most aspects of hunting, except for the actual shooting. At some point during his journey, a primal instinct had awoken, been allowed to develop through natural curiosity and was supported by family and friends. Not that different from the progression a child might experience but played out within someone pushing 40. My brother from the city was, in fact, a hunter. He had been all along; we just hadn’t realized it.  And yet standing atop a rimrock canyon, binoculars in hand, with sage flats stretching to the horizon, the image of him as a hunter was plain as day.

It made me wonder, how many people are just like him?  Curious about wildlife, hunting and conservation. How many people just need a little nudge? It was through a series of inadvertent nudges that my brother-in-law was mentored and ultimately baptized into the sport.

This coming fall, with hunter and archery education courses complete, he’ll once again join us during archery deer season.  Only this time, he’ll carry a bow, tag, and the same nervous energy we all felt during our “early years.” Although we’d never thought of “mentoring” him, that’s exactly what had happened. And I suppose that highlights the point; mentoring doesn’t need to exist solely in the traditional parent/child sense.

Although we’d never thought of “mentoring” him, that’s exactly what had happened. And I suppose that highlights the point; mentoring doesn’t need to exist solely in the traditional parent/child sense.

We’ve got to think bigger – consider other adults, underrepresented populations, people from cities, etc. – as possible sportsmen and women. We also don’t need to narrow our focus to only fall seasons. Yes, that’s when actual hunting often occurs, but summertime fishing can expose someone to wildlife. Mid-winter hikes can reveal deer beds, trails and travel patterns. August food plotting can teach someone about nutrition, cover and food selection. And, as I learned firsthand, a simple backpacking trip can ignite a fire. 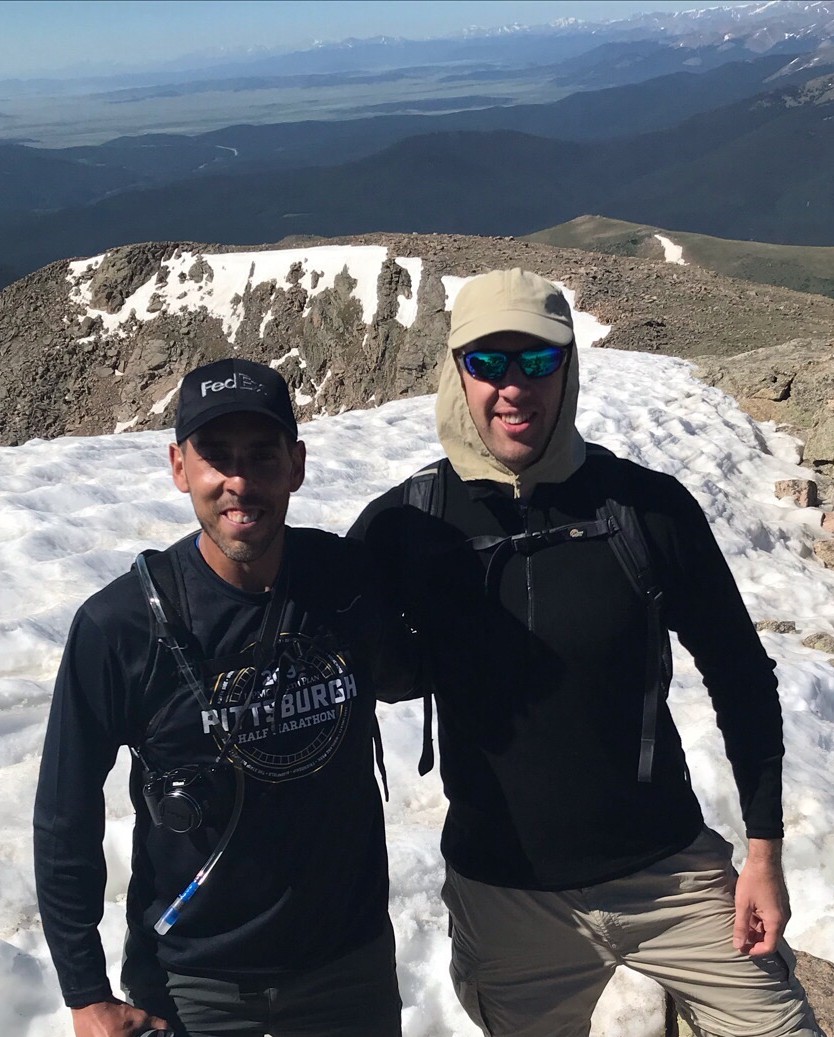 Last fall, I was blessed to witness my daughter harvest her first doe and her first buck. Each during archery season while seated alongside her. This year, if my brother-in-law experiences something similar, it’ll represent two years of memories to lock away beside images of that summer elk herd.

As we move ahead, the need for mentors isn’t going away. In fact, we need them more now than ever. Most are aware of this looming challenge. So, as we forge onward, try thinking of mentorship in the nontraditional sense. Consider adults, women and underrepresented groups as possible mentees. Expand beyond only mentoring during “in-season” events. Take someone fishing or backpacking or have a friend assist with checking trail cameras and hanging stands. If they’re inquisitive, engage them in conversation. Sometimes the simplest acts can produce outcomes we’d never anticipate but sorely need if we are to continue drawing men and women into the splendor of our natural world.

Following the 2022 archery season in Pennsylvania, Dominic Corsini and his brother-in-law will embark on their next hunting adventure, archery equipment in hand, on the North Slope of Alaska’s Brooks Range.