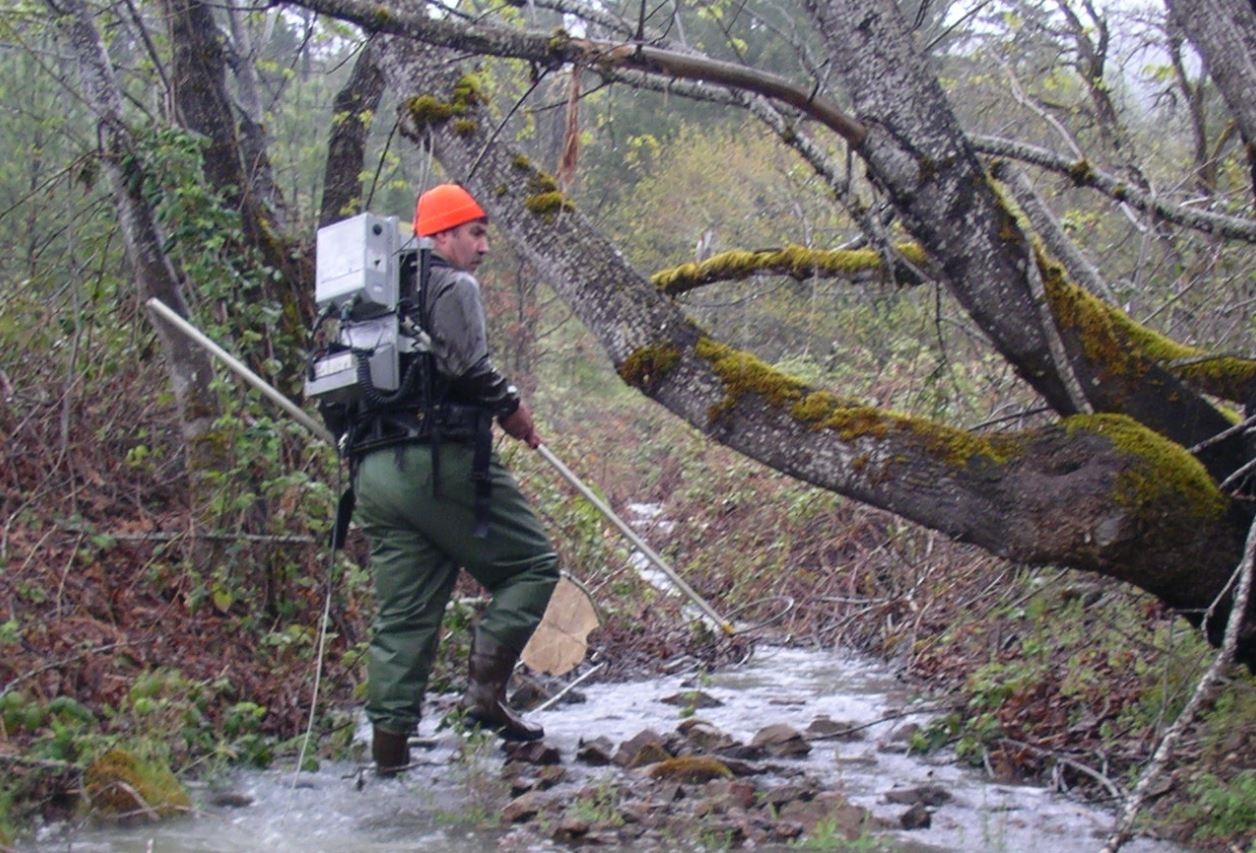 Photo provided by Dan Van Dyke,District Fish Biologist for the Oregon Department of Fish and Wildlife

On February 16th, the Oregon Chapter hosted Dan Van Dyke, the District Fish Biologist for the Oregon Department of Fish and Wildlife on the Rogue River, for a virtual pint night entitled, “Protecting the Rogue.” The presentation focused on the Rogue South Coast Multispecies Plan that was developed to guide management of steelhead, coho salmon, and cutthroat trout in coastal watersheds of southwest Oregon from the Elk River south to the Winchuck River, including the Rogue Basin. Highlights include stewardship priorities, momentum for restoration within the watershed, and management challenges.

What’s the Plan About?

The plan focuses on long-term conservation of these iconic fish and the rivers that they call home. The Rogue watershed is unique in the terms of the conditions that the fish face (warmer water temperatures than other areas), the way the fish use the system (the return of half-pounders to the river), and the management challenges (habitat and obstructions). One of the key components of the plan is identifying the key limiting factors to the plan species and the management strategies to address the impacts of those factors.

Habitat is identified as a primary limiting factor for all species covered by the plan. A major focus of habitat improvement is removing barriers and improving connection to side channels; however, there are a large number of small barriers, and many of these barriers are not even known due to a mix of property ownership that makes access and removal of these barriers difficult.

The South Coast area generally lacks data on overall fish mortality, the interaction of hatchery fish on the runs of wild fish, nor overall harvest rates of wild fish. For that reason, the plan received criticism from the outdoor community, including the Oregon Chapter, for continuing to allow harvest of wild winter steelhead in the South Coast area. This area is one of the few that retains the ability to harvest wild fish. In other areas throughout the Pacific Northwest, fisheries managers have implemented catch and release regulations, including the majority of Oregon rivers outside of the southwest zone, Idaho, California, and most recently Washington.

Conservation efforts have a delayed payoff, and the concerted efforts on dam removal and habit-focused work in the ‘90s could be starting to pay dividends. Despite juvenile wild winter steelhead counts hitting conservation status is 2019, the preliminary estimates from 2021 include 9,089 wild late run summer steelhead and 61,570 wild half pounders. According to Mr. Van Dyke, “This was a good return.”

The recording of the virtual pint night is available on the Oregon Chapter YouTube channel, here: Protecting the Rogue.

The Rogue South Coast Plan is available on the ODFW website, here: