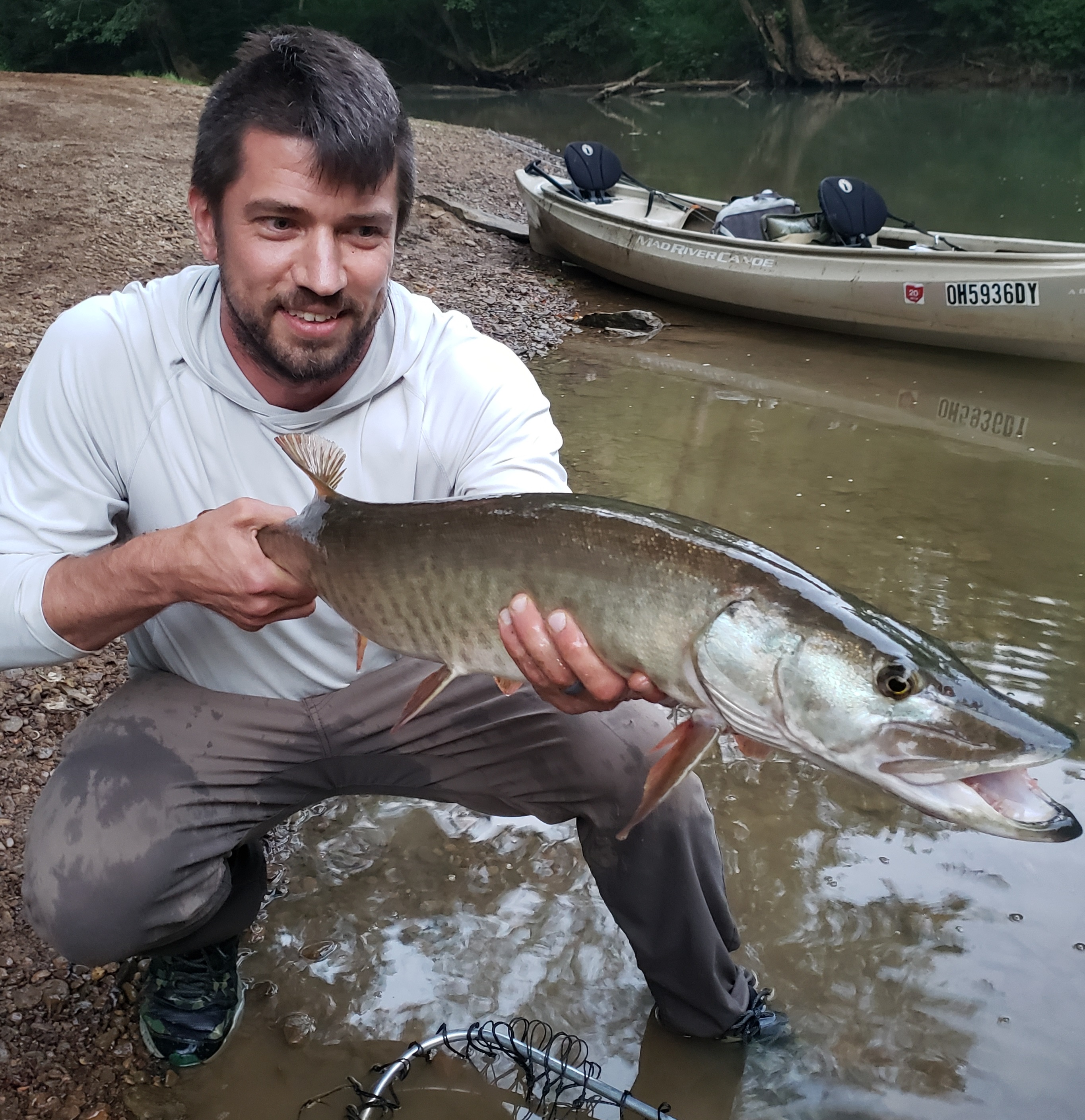 Dustin Lindley, Board of Directors -You can most often find Dustin kicking around public lands and waterways in the vicinity of his home in Milford, Ohio, often with either a fly rod, shotgun, or bow in hand. A late in life angler and then hunter, his scope has expanded to include trips to the salt for stripers and tarpon and to the mountains in search of the mighty elk. Also keeping him busy are his wife and two kids (both accomplished frog hunters), and a career as an engineer specializing in metal 3d printing, which is a fitting job for a fan of all things metal, music included. Dustin has a deep commitment to the protection of public lands, based largely on his extensive use of these places, but also to preserve, improve, and expand opportunity to experience wilderness for generations to come. 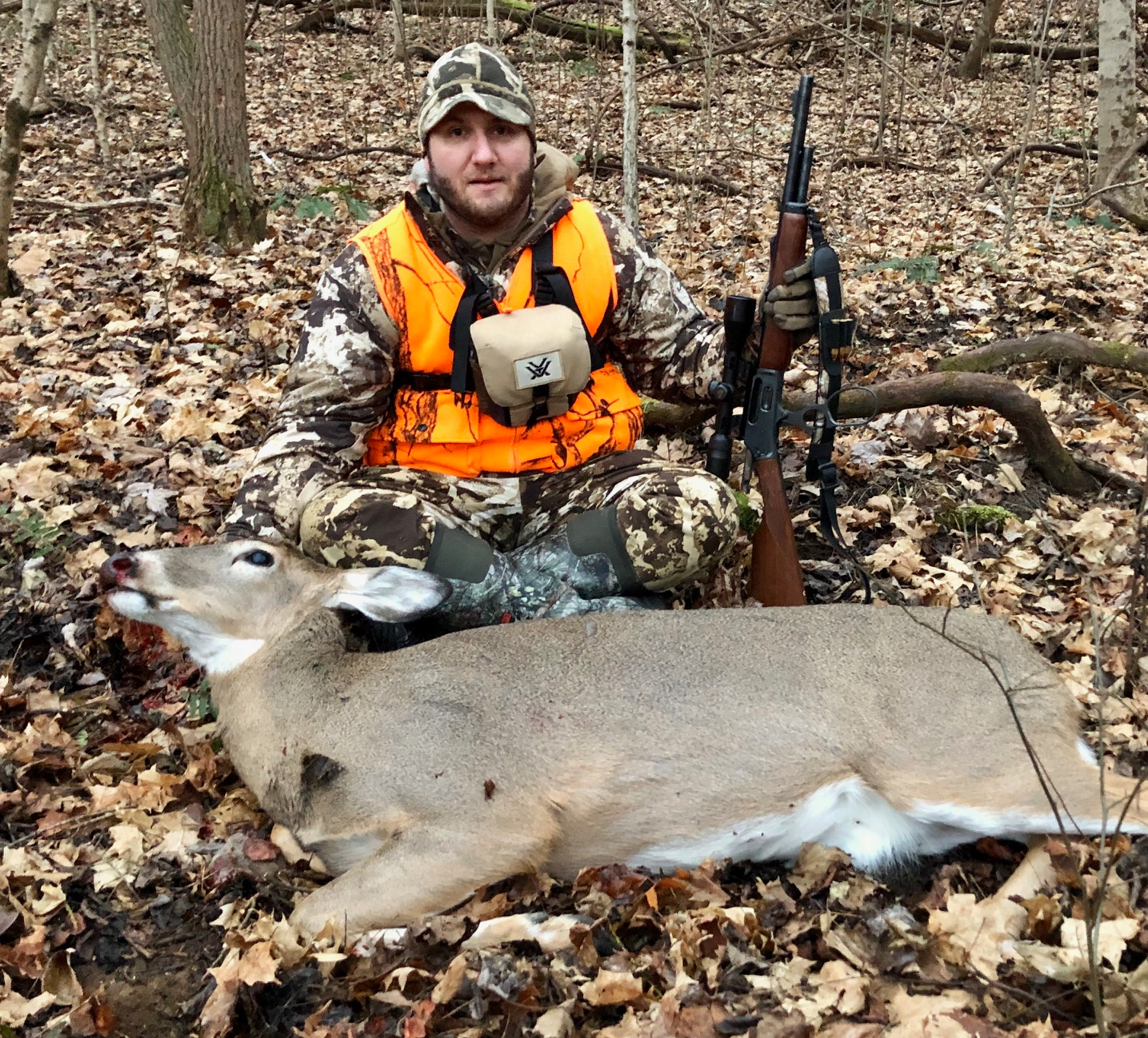 Henry Distad, Co-Chair -I was raised in Shaker Height Ohio in a non-hunting family. I was always naturally drawn to the outdoors and wildlife. Boy Scouts helped me connect to the outdoors better and would often escape to metro parks to fish, but I always wanted to hunt.  I got through hunter and drivers education and would head off to public wildlife areas where I would bumble around the woods trying to figure out how the heck to find small game and even deer hunted handful full of times on my own. Eventually befriended some fellow hunters who helped me become more successful. From the start I was using public lands and waters to feed my outdoor appetite. It wasn’t until later in life I came to understand  how they came to be, and how unique they are for us. Now living in Geauga County with a wife, a daughter, two sons, a bluetick-mountain cur, and a shitzu-poodle we spend most weekends recreating on county, state, and federal lands and waters. My favorite area to be is in southeastern Ohio hunting and hiking in Wayne and other public lands. 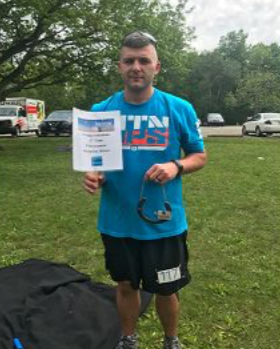 Brandon Skiver, Treasurer -Brandon grew up in Lima Ohio and currently resides in Cardington Ohio with his wife Krista, daughter Ainsley, two dogs and cat. Brandon is a Major in the U.S. Army and serves as a Brigade Logistics Officer. He is an avid outdoorsman who grew up hunting primarily private lands. However, it was in 2015 when he made his first trip out west for an Elk Hunt that he realized something must be done to stand up for our public lands. Brandon is engaged with calling and writing to his local politicians expressing his voice in support of public lands. It is Brandon’s goal to ensure that the same public lands we have today will be around for his grandchildren and grandchildren’s children. The photo of Brandon is when he finished his first 50K Trail Race in May 2017 at Delaware State Park in Ohio. 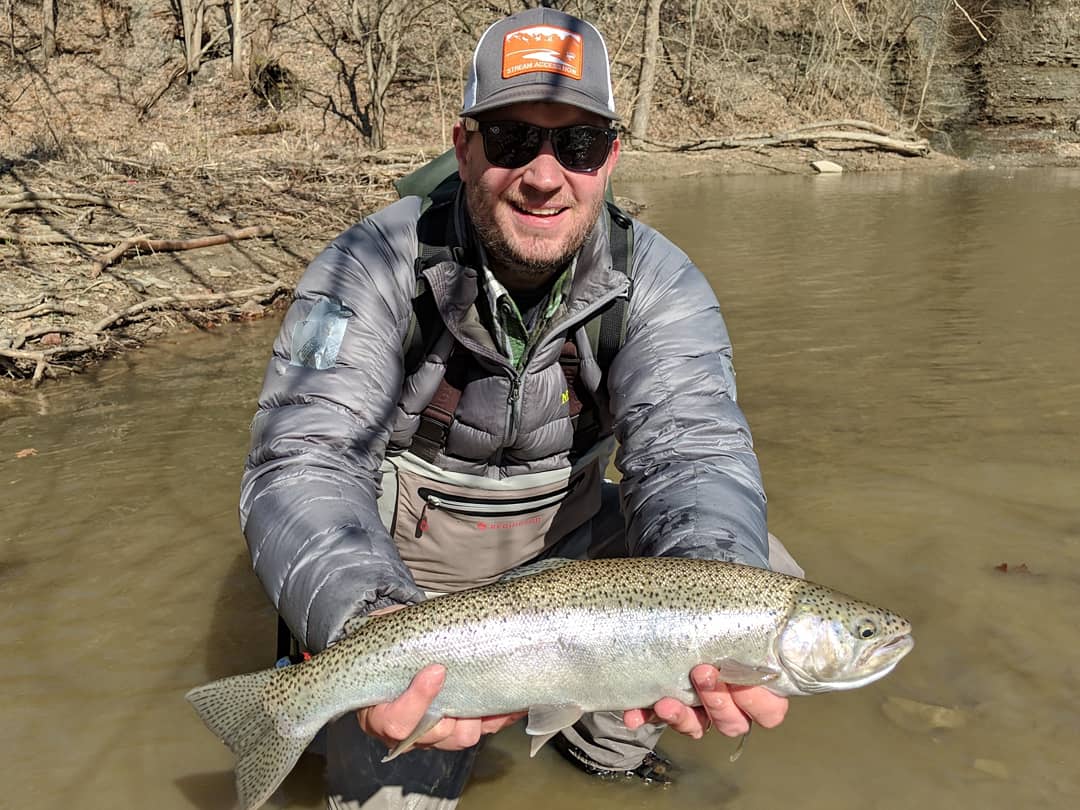 Nathan Voris, Secretary - Nathan is a native Ohioan, who returned to the Buckeye state in 2016 after more than a decade away. He is a husband and father of two young boys, who together spend as much time as possible in our public lands and waters. Nathan is a focused river fisherman and a hunting generalist, chasing whatever is in season, often with very little success.

Jonathan Ingram, Board of Directors -Jonathan is an at-large board member out of Cincinnati, Ohio. He grew up in southern Illinois and 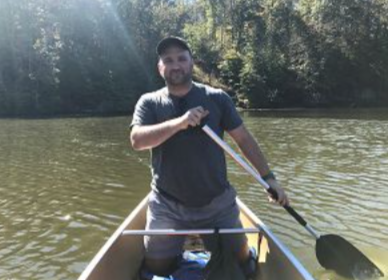 spent his childhood running the bluffs and bottoms of the Mississippi River and Shawnee National Forest. Eventually he latched on to an Ohio girl and in 2005 he traded the Mississippi for the Ohio. Jon earns a living providing financial and operations consulting to city and county governments and spends his free time in the woods or on the water. He is a middling hunter and a terrible fisherman, but his enthusiasm is notable. Jon has two young children, Hannah and Oscar, who remind him every day that he owes them a love of the woods. He hopes his work with BHA will help fulfill that debt. 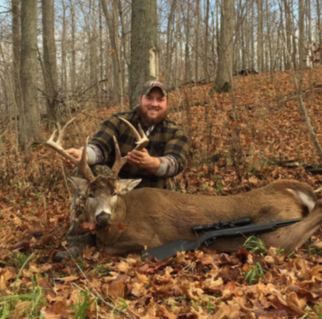 Tony Ruffing, BOD -Tony grew up in Republic, Ohio, a rural town in North Central Ohio about half an hour south of Lake Erie. Growing up in rural America blessed Tony with the opportunity to experience the outdoors by working the land and recreating on it. From early ages of hunting rabbits and raccoons with his father and early deer hunting with his uncle, he knew the outdoors was going to be his first love and a lasting endeavor. Growing up his passions grew from hunting small game behind his parent’s home to traveling the state in search of whitetails, turkeys and waterfowl. But all this comes at a cost, and none of it would be possible without our public lands. As a residential contractor, and a cattle farmer, Tony saw and recognized a need for our public lands for our responsible timber harvests and for a healthy competitive beef market. 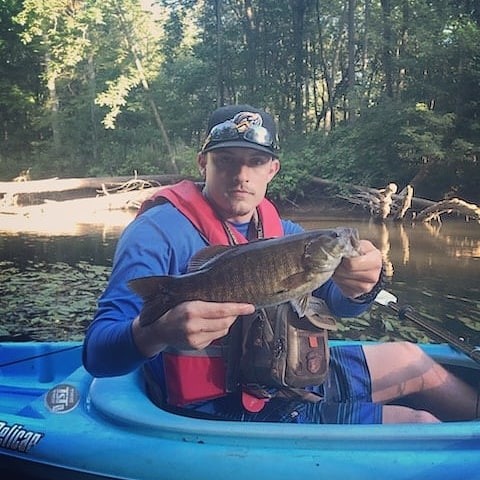 Jacob D. Pries, Board of Directors -Jacob is currently enrolled as a second year law student at the University of Toledo College of Law studying environmental law with the goal of practicing in the area of land conservation. He is also an avid river fisherman and waterfowl hunter. 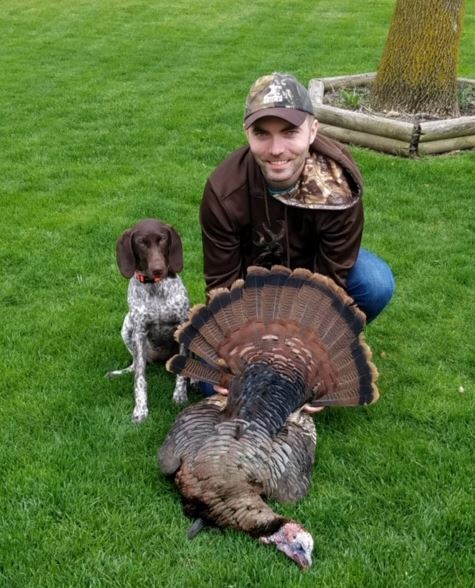 Benton Collins, Board of Directors -Benton was born and raised in Northwest Ohio in the town of Napoleon.  Growing up he enjoyed living near the Maumee River and North Turkeyfoot State Park.  His main passion was hunting whitetails and turkeys.  After some time away from the outdoors in college, his passion for protecting and enjoying the outdoors has grown, and is looking forward to preserving what we love for generations to come.  He now lives West Central Ohio in the town of Minster with his wife Katie, daughter Annora, and their German Shorthair named Willow. He has a new found love for waterfowl hunting and looks forward to helping raise his children to love the outdoors. 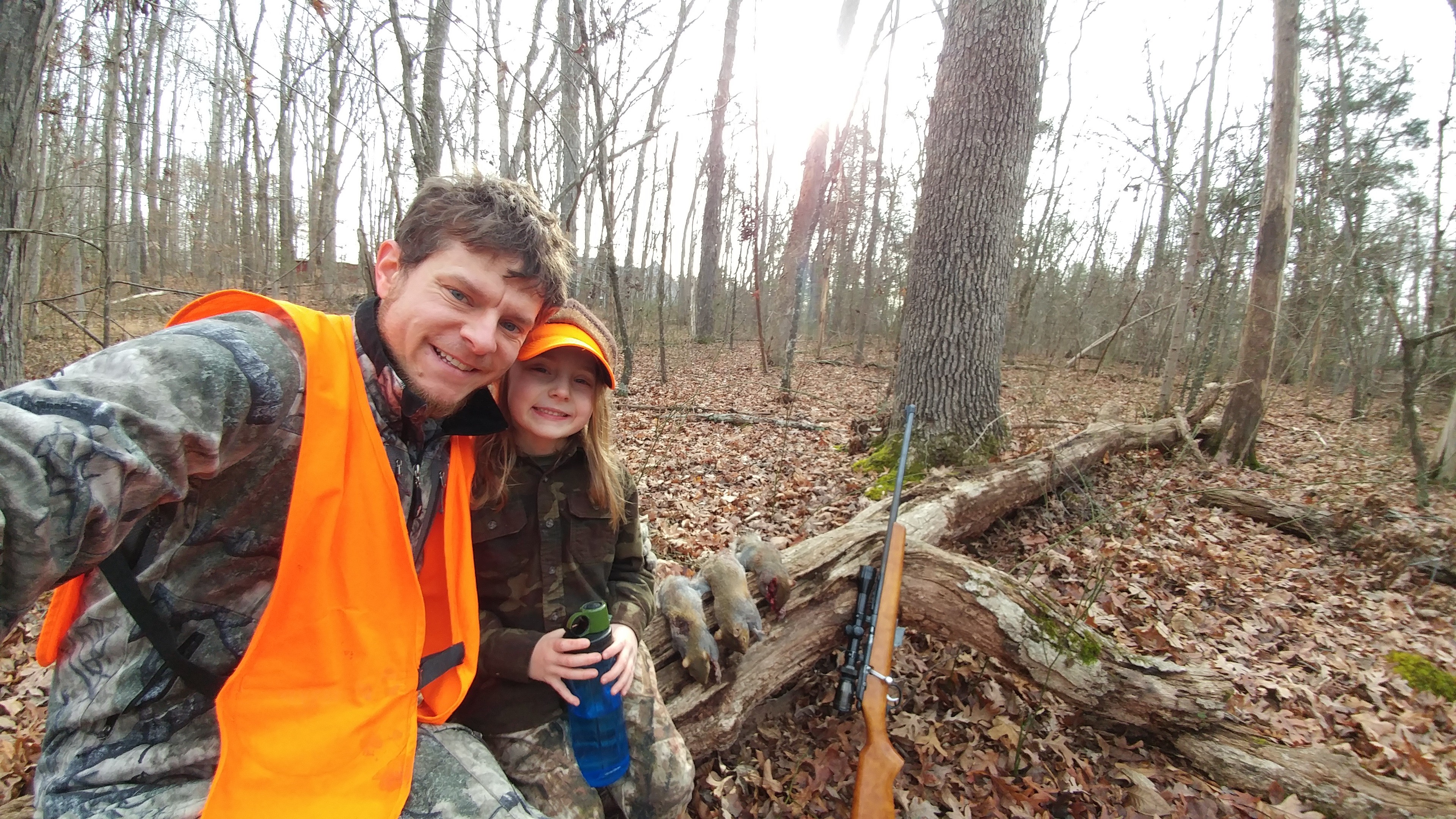 Gabe Karns, Board of Directors - Gabe has lived in Ohio for 5 years and works as a wildlife ecologist and researcher for The Ohio State University. He is a husband and father to two daughters. His fascination with the outdoor world stems from his early experiences at the heels of his own father, and he is already passing on that tradition to his family. His passions are bowhunting whitetails in the East, mountain hunting in the West, and relishing the field to fork journey at the dinner table. 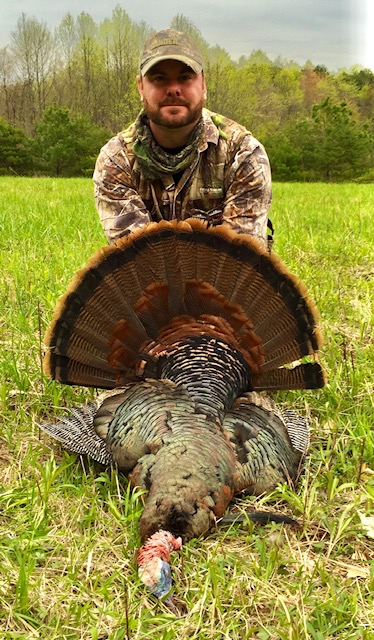 Jordan Phillips, Board of Directors -Jordan has been an Ohio resident since 2003. He works for the Division of Wildlife as an Outdoor Skills Specialist in Central Ohio.  He is married and has 3 children, two daughters and a son.  Jordan has a passion for educating new hunters and anglers on the renewable resources that are readily available on public lands in Ohio.  As an avid hunter and angler, Jordan spends his free time pursuing any and all game species that run or swim. He enjoys planning hunting trips to Alaska and chasing Ohio deer and turkey.  Through the implementation of hands-on teachings with BHA, Jordan hopes to help educate and share his passion for hunting and fishing on public lands in the state of Ohio. 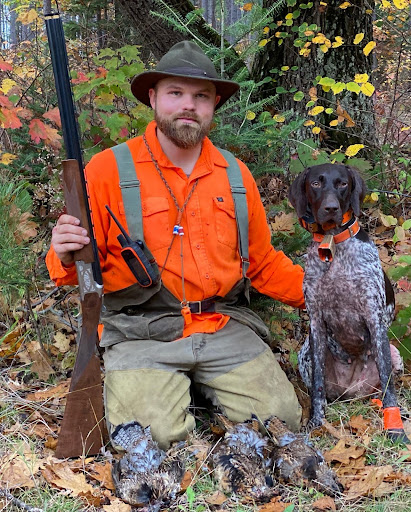 Levi Arnold, Board of Directors -  Levi is a lifelong resident of Guernsey county, growing up hunting, fishing, and farming with his grandfather helped spark a passion for the outdoors. Levi grew up hunting turkeys, deer, squirrels, rabbits, raccoons, waterfowl and fishing for bluegills, and catfish around eastern and southern Ohio. Levi took his love for the outdoors and pursued a degree in wildlife and fisheries management and now works for the Ohio Department of Agriculture. His passions include; training and hunting grouse and waterfowl with his German shorthair pointer Flint, camping, canoeing, fishing, and traditional archery. Valorie Titus, Board of Directors - Val is new to Ohio, but has been involved with BHA in the Northeast for several years. She currently works at Hocking College as the Wildlife Resources Management Program Manager and actively serves on a number of hunting-related professional committees. She loves being an outdoors educator and working with the next generation of wildlife professionals. She considers herself a bit of a foodie, and enjoys growing, gathering, and cooking, as well as hunting and fishing. She lives in SE Ohio with her husband, Scott, her littles, Keziah and Wiley, and their 4 beagles and a mini-Aussie.