The air was nearly as thick as the unified cause of the day. The forecast had called for a temperature around 90 with over 60% humidity, but by 8:30 AM cars began to park along the access road. Volunteers were told to be wary of snakes, ticks, and biting insects and then reminded of social distancing guidelines. Even so, forty-two volunteers signed their waivers, donned their gloves and cheerfully greeted one another around a thirty-yard roll-off dumpster bearing the banners of Kentucky Backcountry Hunters & Anglers and the Kentuckiana Chapter of Safari Club International.

After more than four months of restrictions due to COVID, there was an excitement in the air, chatter in the crowd, and smiles filled the dusty parking area of Texas Gas in Graham, KY. The goal of the day was to fill the dumpster with discarded trash littered across the 45,647 acre Peabody Wildlife Management Area — Kentucky’s largest WMA. The dumpster had been donated by the Kentuckiana Chapter of Safari Club International and volunteers had been recruited by Kentucky Backcountry Hunters & Anglers as an official workday. Standing by were Kentucky Department of Fish and Wildlife employees to help load the dumpster, and local sportsmen and women deeply concerned for their public land. 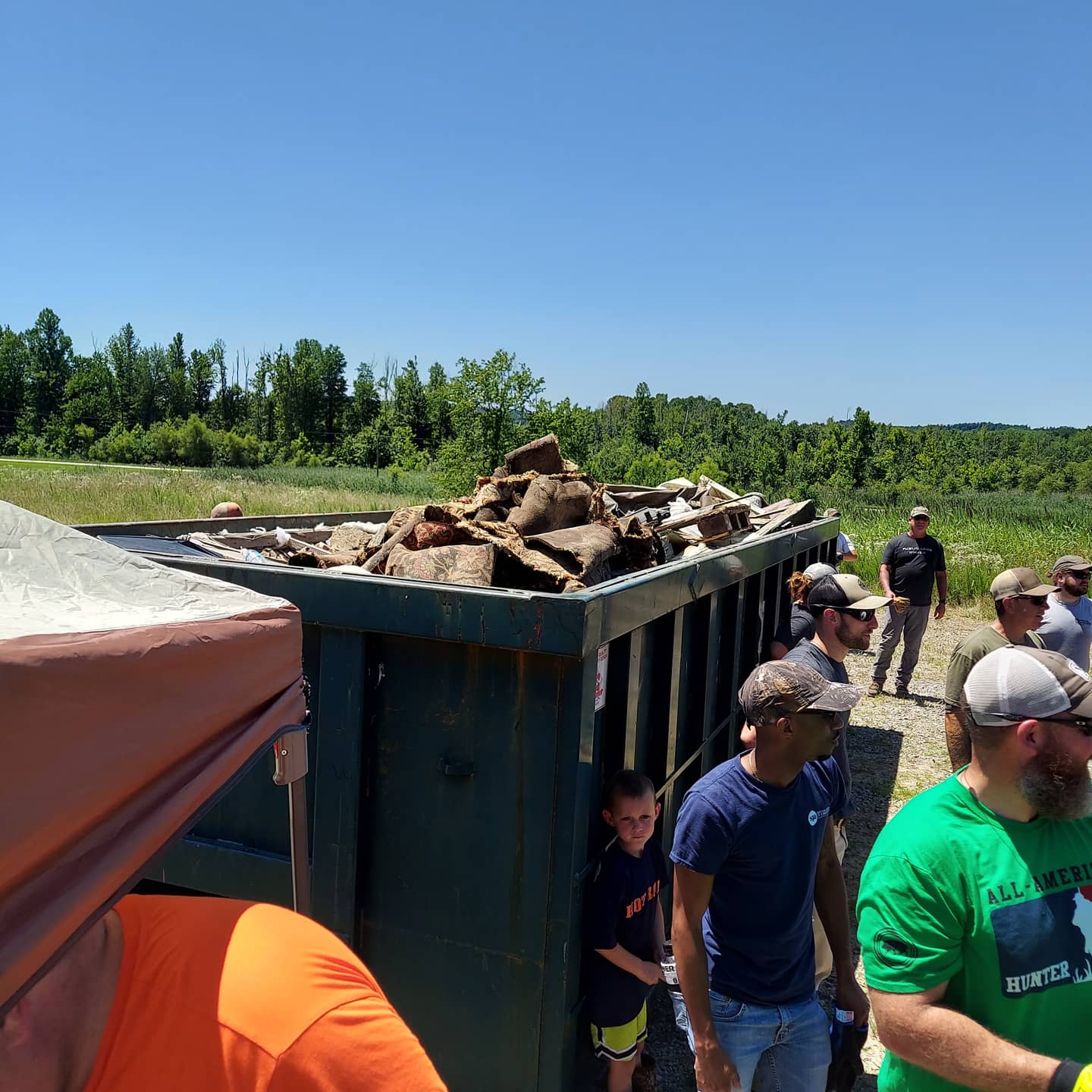 Shortly after 9 AM, a caravan of trucks, trailers and other vehicles descended upon the WMA. Less than 90 minutes later, runners were sent to tell volunteers the dumpster was filling up and to bring the loads back. Trailers full of couches, mattresses, tires, diapers, and bags of trash returned rolled in to be offloaded. Volunteers calculated how many more dumpsters could be filled if available. Some volunteers took their own loads home to dispose of additional trash collected, while local leaders like Muhlenberg County Judge Executive Curtis McGehee pledged to donate a dumpster at the next cleanup event. Mr. McGehee put in the sweat equity, and, more importantly, observed the importance and condition of our cherished public land.

Additionally, Mr. Brian Fisher, Second District Commissioner of the Kentucky Fish and Wildlife Commission, also volunteered his day to pick up the trash left behind by others. 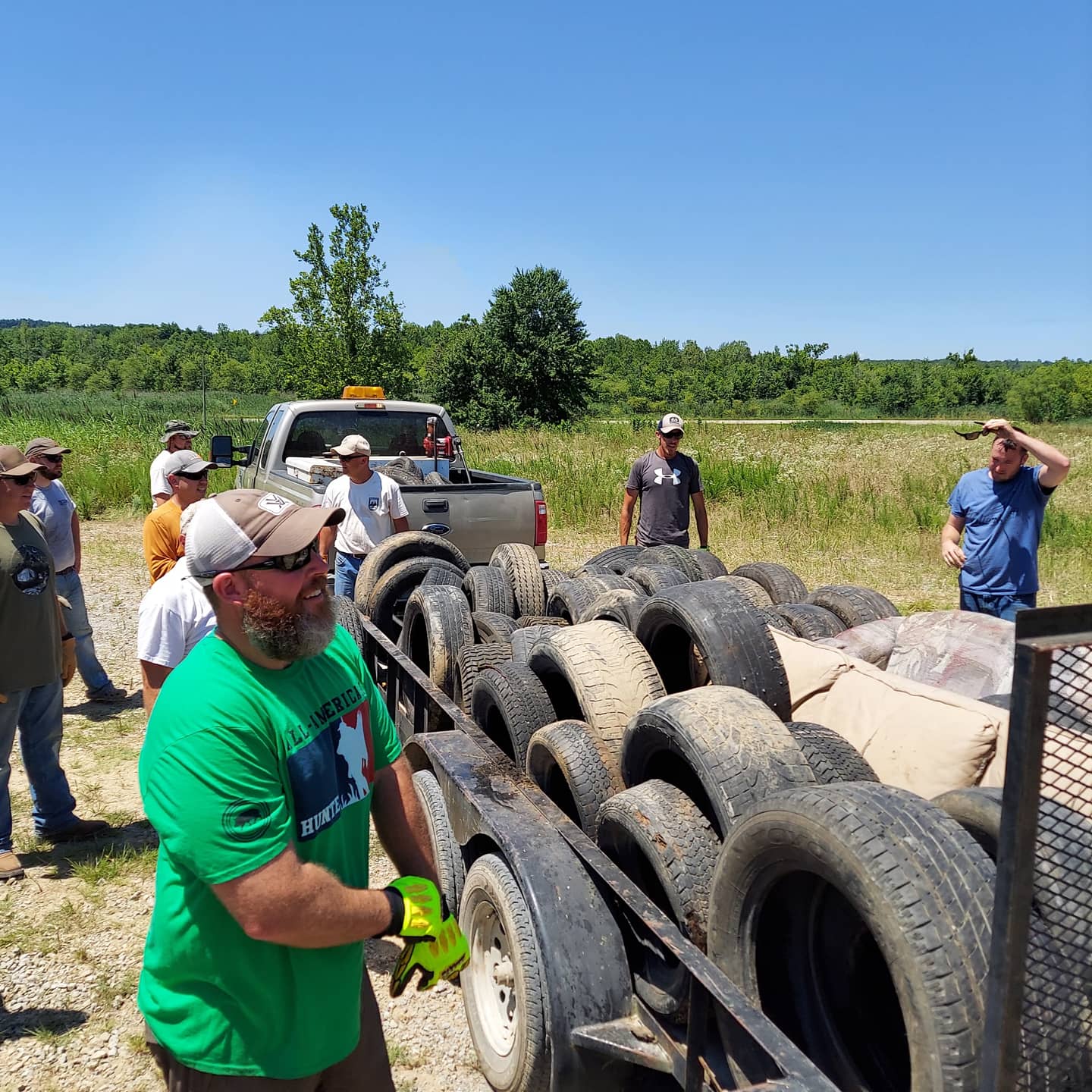 The event closed with a small step towards a clean Peabody WMA, yet with a giant leap in relationship building and public land pride. Volunteers slowly trickled off, some with three-hour drives to face, their hearts full after a few hours spent with their people, on their public lands

About Josh Rodamer
share on
See other posts related to Kentucky BHA Kentucky Issues
Get the latest news and stories, right to your inbox.
Search
Local Chapters