Hunting for Sustainability first started through BHA's Collegiate Program in 2016. While it was spurred as a way to create new, conservation-minded hunters to address the decreasing number of license buyers it has since grown in practice and in purpose. 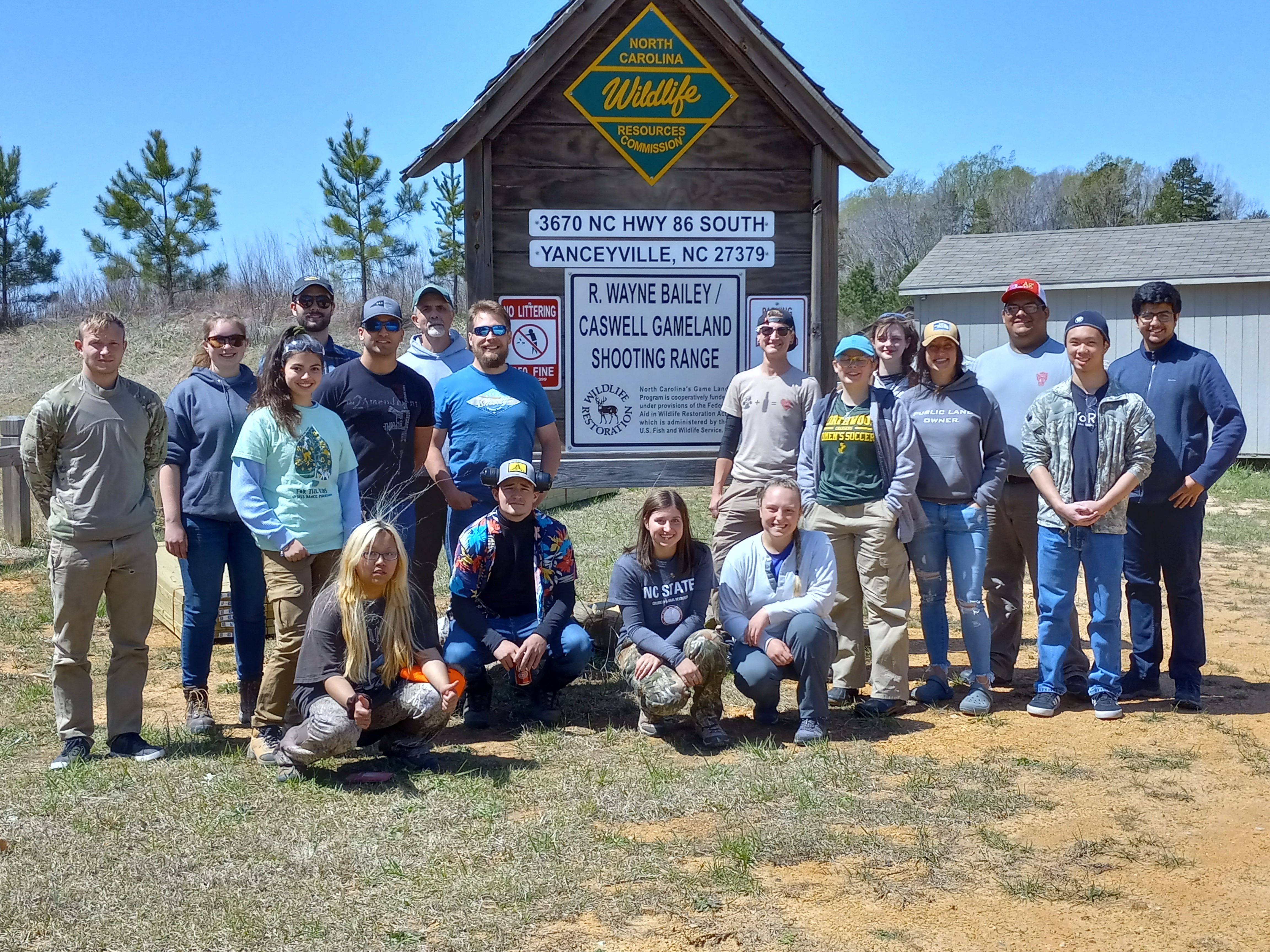 Hunting for Sustainability has evolved to include programs aimed at new hunters of all ages and backgrounds and has broadened to include less obvious, but arguably more important components of hunting such as butchering, cooking, and advocacy. H4S, as we call it here, is about more than creating more hunters. It's about creating connections to the outdoors through hunting with the intent of building a coalition of new people who spend their free time working for the places they've come to depend on. At it's core, it's about creating a louder, diverse, and more impactful voice for land, water, and wildlife - and this spring was no exception. 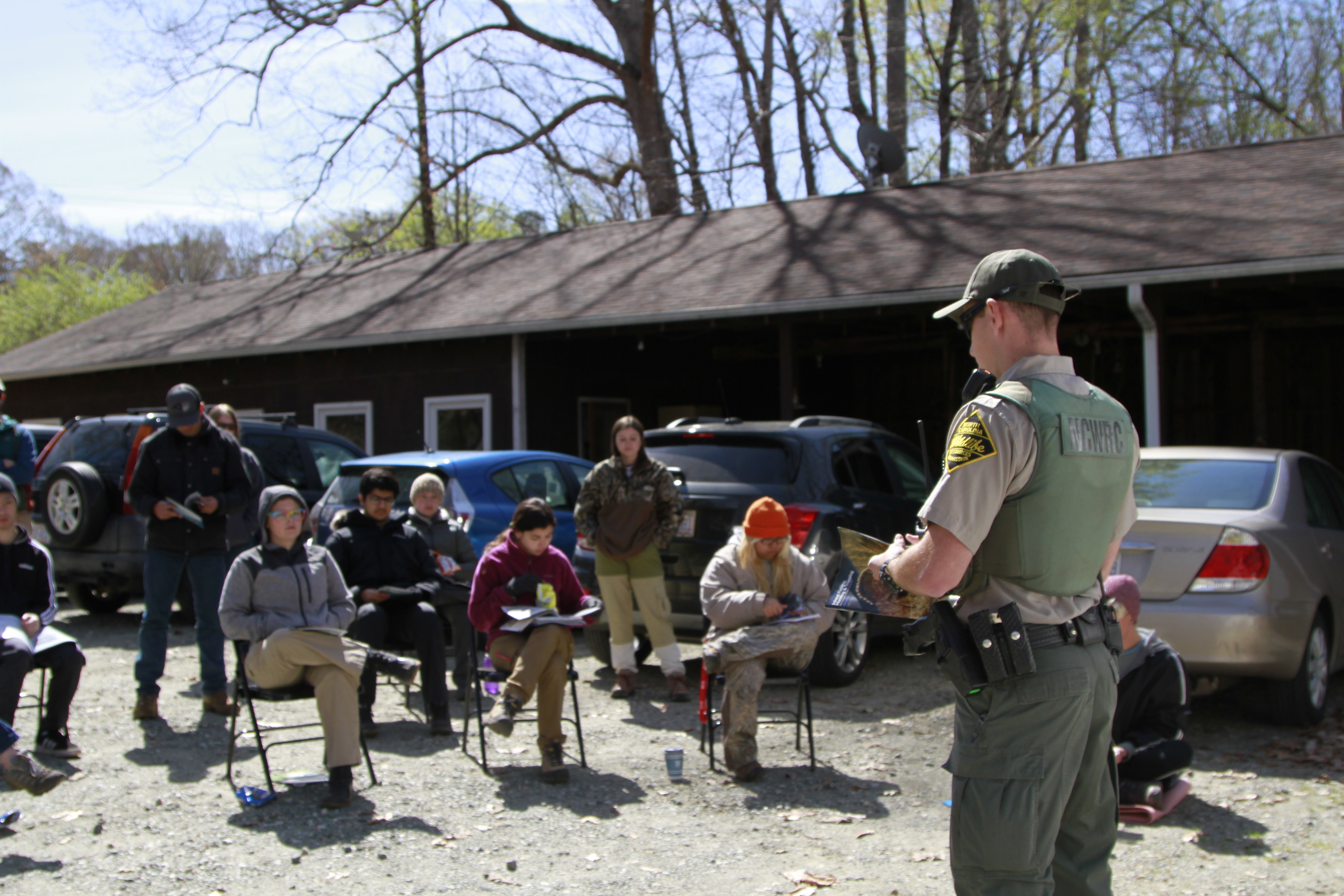 BHA's Collegiate Program unveiled three brand new learn-to-hunt workshops during the spring semester. In North Carolina, Minnesota, and Wisconsin college students spent the weekend with BHA and their partners for a combination of classroom seminars, fireside chats, and mentored hunts centered around turkeys.

These weekend-long workshops were aimed at new hunters and motivations for participating ranged from experiencing a uniquely American cultural tradition to learning to be more self-sufficient.

"I am interested in participating because I work with hunters for my research, and I think it is important to know how to hunt in order to build meaningful connections with them. I am also very interested in sustainably harvesting meat and being familiar with the entire process of how meat gets to the table. In the future, I hope to move to harvesting all of the meat that I eat." - Dani

While motivations differed, students expressed similar obstacles to hunting - namely lack of access to gear and mentors. Many did not grow up around hunting or had poor introductions.

"[I] was never given the opportunity since I live in the suburbs and [my] family does not hunt." - Alexis

"I grew up without exposure to hunting, firearms, or spending time in forests or wilderness areas. When I developed an interest in learning about hunting the few people I knew who did it were reticent about taking me under their wings." - Alex

"Nobody really introduced me to it. My high school friends that did hunt weren't the most ethical hunters." - Scott 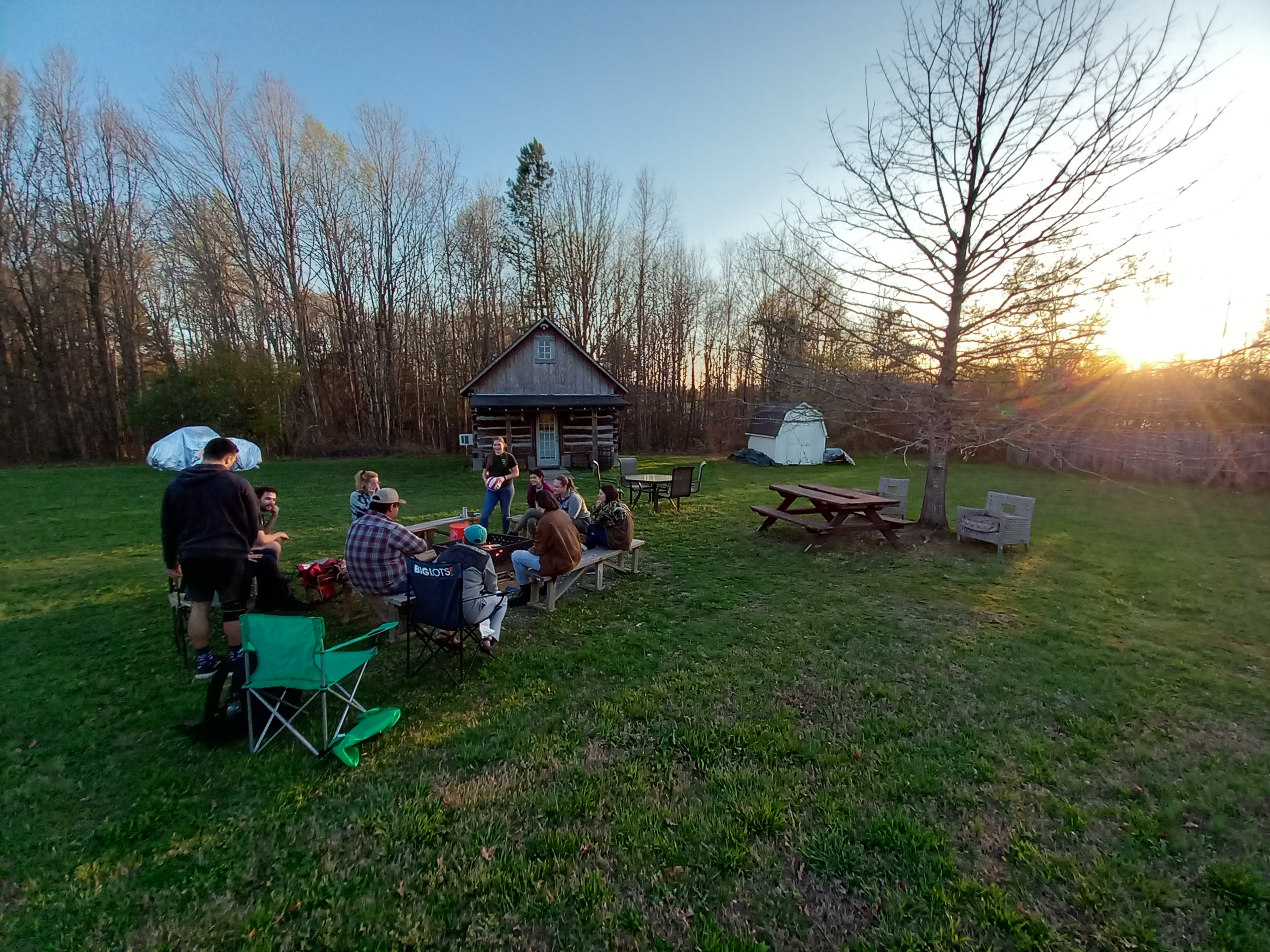 We kicked off the spring with our first workshop with North Carolina State University in partnership with Opportunity Outdoors. 17 students came together from a diversity of backgrounds and interests. Around the campfire, North Carolina chapter chair, Luke Weingarten, emphasized the importance of hunting ethics and the conservation fight. NCState club president, Phillip Widener, who helped plan and coordinate the workshop summarized his feelings on the first night, "when I looked around the campfire Friday night, and saw everyone talking, laughing, and enjoying themselves, it burned itself into my mind. I felt immense joy, not only for the paths the students were embarking on and the richness it would bring to their lives but selfishly for the expansion of my own community."

Students spent Sunday morning in the woods for a mentored scout where they got to hear the woods wake up and the explosion of gobbles from nearby turkeys, many for the first time. Four students went on to put their new knowledge and skills to the test the following weekend at a turkey camp hosted by Opportunity Outdoors. 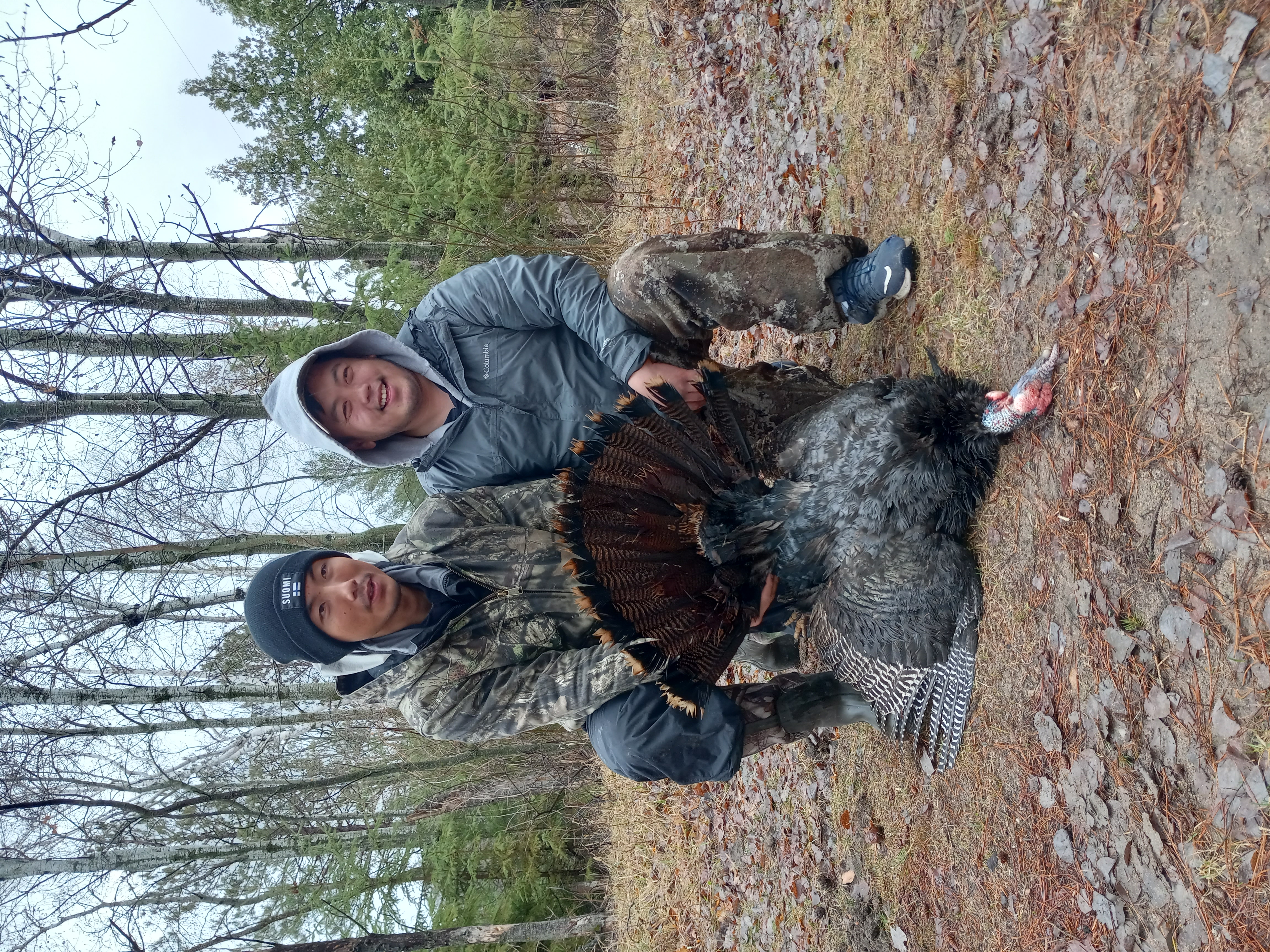 In early May, University of Minnesota students joined BHA and Modern Carnivore at Agate Lake Resort. Utilizing online educational content from Modern Carnivore's Hunting Camp Live platform, students completed virtual pre-coursework allowing them to spend more time in the field with their mentors. After two early and wet mornings, student and new hunter Jack was able to harvest his first turkey under the guidance of his mentor Keng.

University of Wisconsin Stevens Point students joined us for our final workshop of the spring. Club leader Adam Nyhus started the weekend out by serving the students fried turkey nuggets, highlighting one of the biggest draws to hunting - food. After a long day in the classroom on Saturday, students hit the woods on Sunday where club leader Tristan Stanton harvested his first turkey with the help of his mentor, Trent.

All participants of our workshops walked away with Beyond Fair Chase by Jim Posewitz - a classic that we hope remains in their hunting packs and engrained in their minds. As future representatives of hunting, we emphasized the importance of not only making ethical decisions in the field but being mindful of how they communicate and represent their experiences to the public.

Students were also gifted a BHA membership with hopes that they will become further involved with our work for public lands, waters, and wildlife.

The impact of this work is often hard to measure. While we sent over 30 students through these workshops with our partners, the numbers are less important. Community has always been BHA's secret sauce and the community forged at these events can't be measured in numbers. Many students continued to get into the field long after these workshops with their mentors and peers. But don't take it from us. In a follow up survey, students shared their most valuable lessons learned. 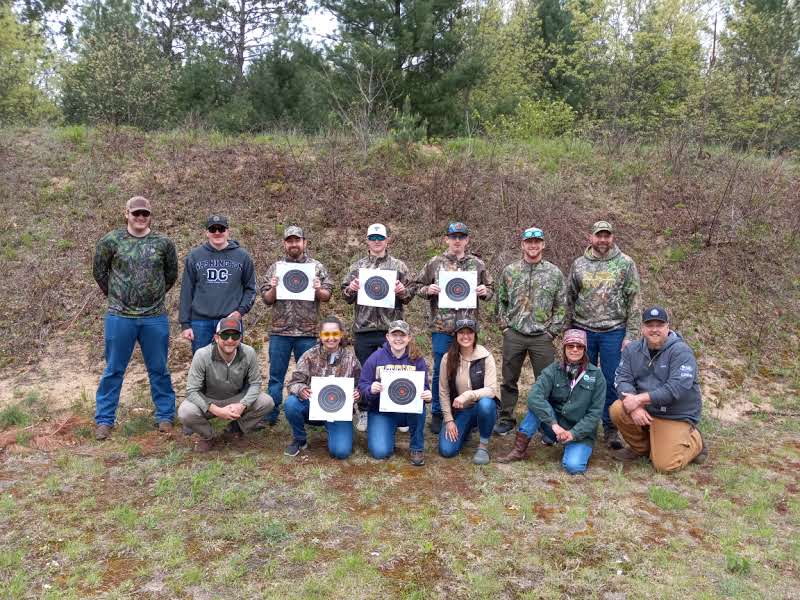 "I learned about the new perspective of modern day hunters in terms of respecting animals and their habitats. Knowing that this is a perspective many hunters have makes me feel much more comfortable and excited to be apart of such a community." - Hannah

"I had some previous knowledge from wildlife and natural resource courses, but this really gave me a sense of how hunters interact and respect each other, their game, and the ecosystem at a much more personal level. I learned about how ethics are practiced in real time, and how this mutual understanding moves us all forward while sustaining our environment." - Rachael

"The more am I learning about hunting in my classes, research, and BHA events, the more I support hunting!" - Catherine

"Not only were we exposed to anything and everything under the sun about turkey hunting in a sustainable and ethical way, but we were also exposed to the concept of public game lands and their importance. My favorite part by far was the turkey scout early one morning. Hearing the whip-poor-wills sing and the rest of the forest come alive was awe inspiring, and we also got to hear a few gobbles which was absolutely surreal." - Rosa

These workshops are a part of an initiative to expand and diversify the BHA and hunting communities. Check out our upcoming Explore Hunting workshops coming to an urban area near you and stay tuned for our fall collegiate workshops in Montana, Arizona, and Kentucky!