Canoe country writer, guide and conservationist Sigurd F. Olson once described the silence of northeastern Minnesota’s Boundary Canoe Area Wilderness (BWCAW) region as the “singing wilderness.” He said, it “has to do with the calling of the loons, northern lights and the great silences of the land lying northwest of Lake Superior.”[1]

And I would add, the startling volley of ruffed grouse flushing like feathered fireworks. In a world of 21st century hunting that can include bait piles, electronic calls and battery-operated decoys, the pursuit of grouse in the wild North Woods is as real, fair, challenging and uncertain as it comes. The birds live where they want and fly or run whenever they desire.

To pursue grouse in the Boundary Waters means hours of hiking, sweating, squeezing and ducking through thick cover and uneven terrain. It’s hard and authentic, the way hunting should be. As Aldo Leopold wrote: “There are two kinds of hunting: ordinary hunting and ruffed grouse hunting.” However, I’d add a third: “wilderness” ruffed grouse hunting in places like the BWCAW. 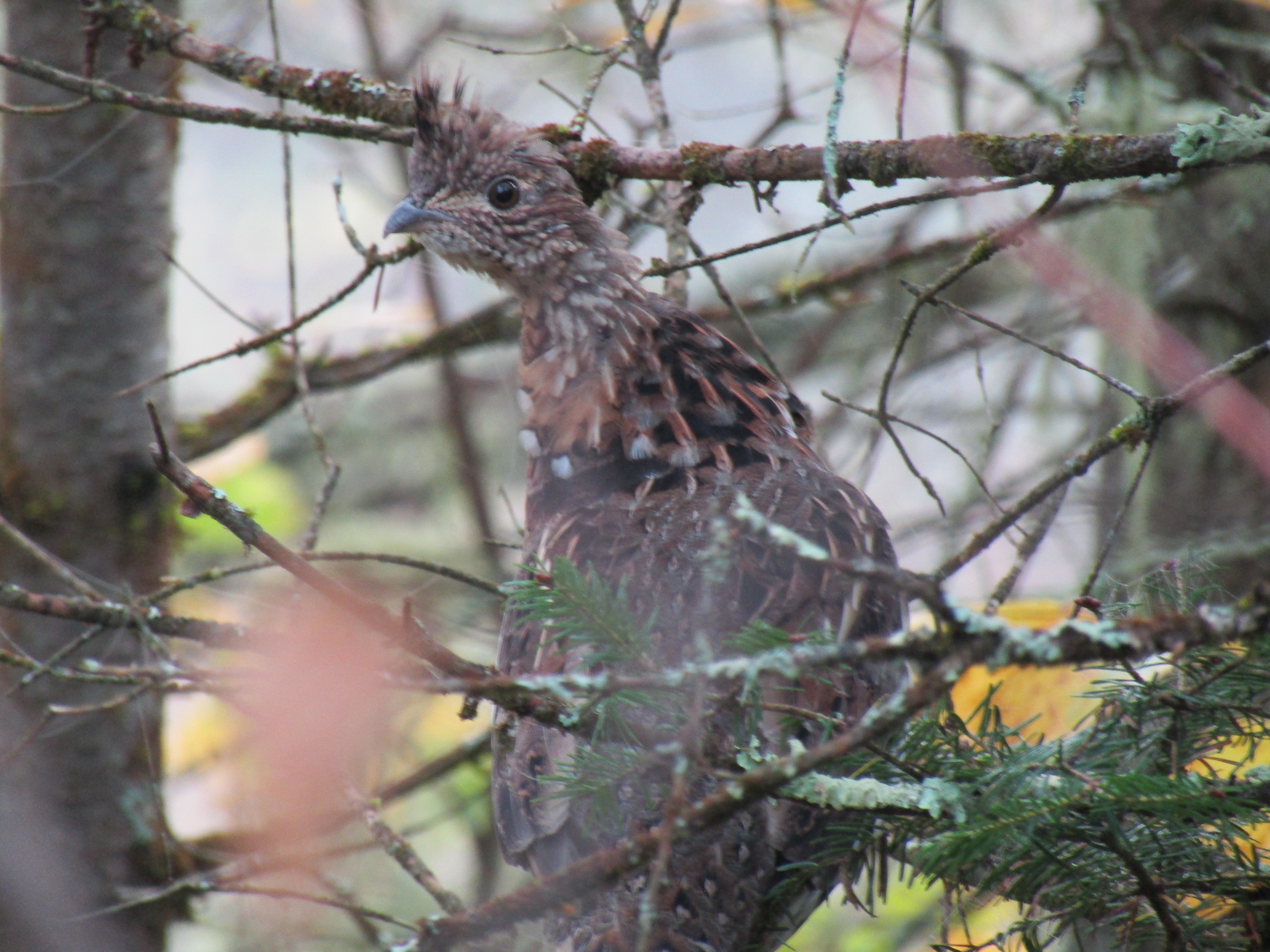 Although most ruffed grouse hunters wouldn’t consider venturing into the Boundary Waters in search of umbellus bonasa (umbellus refers to the umbrella-like ruffs of dark feathers on the bird’s neck and bonasa to its drumming noise), there are those who wouldn’t hunt anywhere else. They’re drawn to the BWCAW’s 1.1 million acres of lakes, rivers, streams and Canadian Shield terrain stretching across northern Minnesota from Crane Lake to Grand Marais.

I was privileged to grow up immersed in the outdoors of northern Minnesota. Hunting, fishing, trapping, camping, hiking and canoeing—pursuits that naturally led me to the vast expanse of public lands found in the Superior National Forest and its Pleistocene-like Boundary Waters. Although grouse hunting is strictly a boots on the ground (vs. waterborne) affair, one thing all wildlife (aquatic or otherwise) depend on—in the Boundary Waters and elsewhere—is clean water.

Unfortunately, a foreign-owned mining company, Twin Metals, is pushing plans for a $3 billion underground sulfide-ore (i.e., copper-nickel) mine where the South Kawishiwi River flows into the Boundary Waters southeast of Ely. The copper and nickel deposits that lie underneath the lakes and forests of northeastern Minnesota are encased in sulfide ore. When that ore is exposed in the mining process, it produces sulfuric acid (basically battery acid).

A place that’s half land and half water is the absolute worst location for a sulfide mine because such mines are essentially waste-management industries. The Twin Metals deposit, for example, contains barely 0.5 percent copper. The rest, sulfide-ore waste, would be stored in piles mounding across an area the size of 100 football fields.[2]

Independent hydrological studies show that acid mine drainage from the proposed mining site would enter the nearby Kawishiwi River, flow past 30 resorts, lodges and camps on Birch and White Iron lakes, through the western Boundary Waters and Voyageurs National Park, then into Canada.[3]

No sulfide-ore copper mine has ever operated and closed without polluting nearby waters, according to the National Wildlife Federation.[4] That’s a 100% failure rate. A study of 14 modern copper mines in the U.S., representing 89 percent of U.S. copper production, found that all of them contaminated nearby waters.[5] In addition, the EPA calls the mining of sulfide ore America’s most toxic industry.[6] 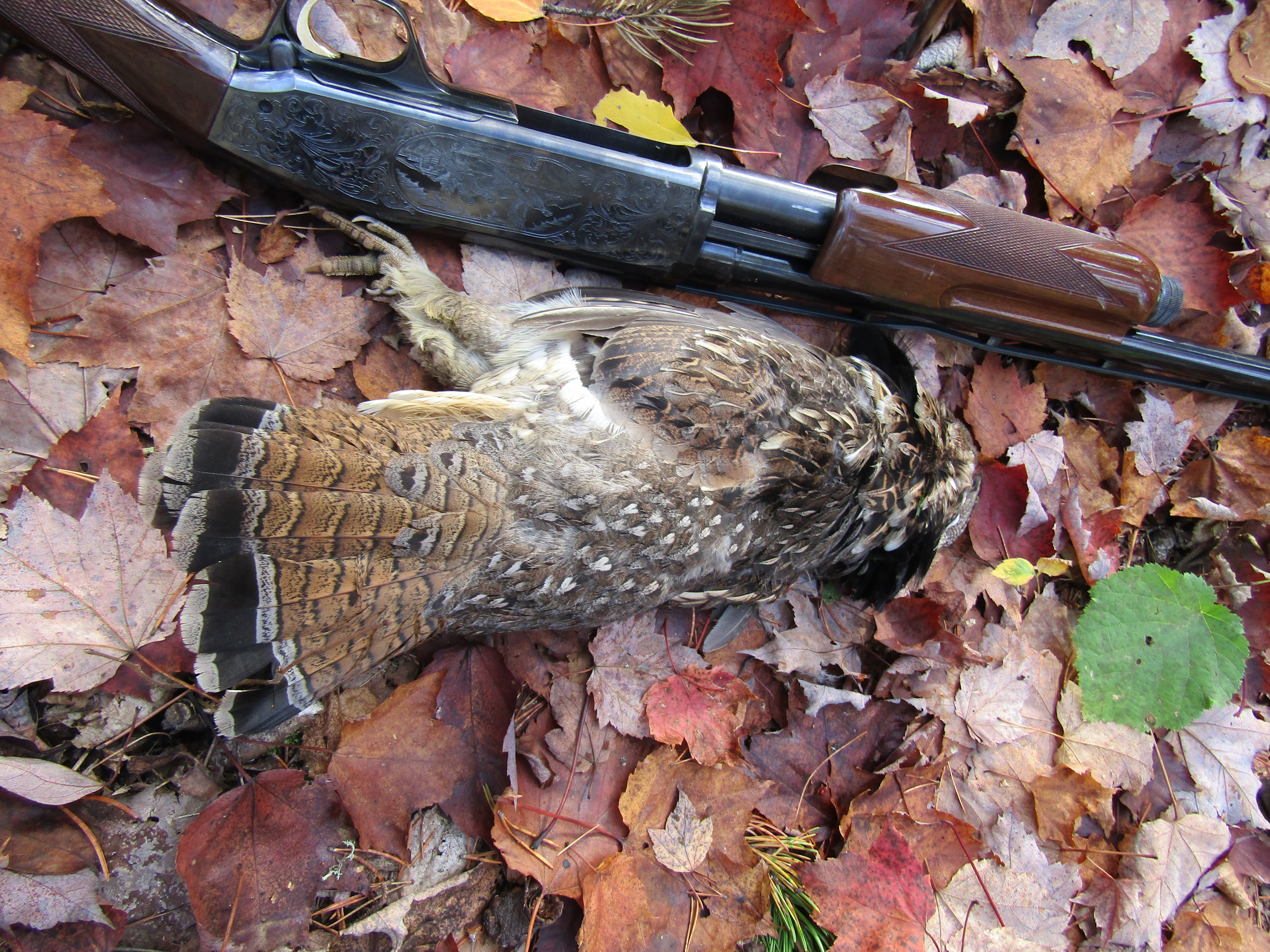 Gladly, such mines weren’t a threat while I was growing up in Grand Rapids, Minnesota, during the 1970s and 80s. I started hunting ruffed grouse during 1978 with my friends and mentors Jim and Betty Wass and their three kids.[7] In fact, Grand Rapids is where the annual National Grouse and Woodcock Hunt has been headquartered since 1982.[8]

Fast-forward forty years or so, to the the morning of October 4, 2021. I departed from Ely headed for the Echo Trail. This was the seventh year in a row I’ve joined a fall seven-day Boundary Waters trip. Some of us bring shotguns and bust the brush for grouse when not paddling and portaging.

As Stu Osthoff explained in the Summer 2020 Boundary Waters Journal, “…over half the BWCAW is forest, not water. Almost nobody sets foot into over half of this huge designated wilderness … I have spent much of every fall wandering the BWCAW backcountry grouse and deer hunting, and I can assure you I have enjoyed far more true solitude afoot than I ever have paddling.”[9]

Grouse encounters can be infrequent in the Boundary Waters, but we’re happy simply to be immersed in the kaleidoscope-of-colors panorama that is northern Minnesota during October, stretching our Paleo legs and lungs while immersed in the poignant sights and smells of fall. It doesn’t get any better. During four days of hunting I managed 14 flushes, 7 shots and 4 kills while hiking some 24½ miles in 17-plus hours.

Another hunter shot 2 grouse, bringing our final tally to 6 birds, which facilitated a “popcorn” grouse dinner that was enjoyed by all trip participants. Just for comparison purposes, the week prior I hunted grouse in the Chippewa National Forest, not far from where I grew up in Grand Rapids. During four days of hunting I flushed 32 birds, took 5 shots and killed 1 grouse while covering over 40 miles of non-motorized trails (without a dog) during 16½ hours of hunting.

The Boundary Waters is a place where you can still dip your cup in a lake and drink your fill, for now. Twin Metal’s proposed sulfide mine would be situated in the headwaters of the Rainy River Drainage Basin, which includes the BWCAW (the most-visited unit in America’s Wilderness system); Voyageurs National Park; Quetico Provincial Park (in Canada); and, eventually, Lake of the Woods. All these waterways are interconnected, meaning one unchecked source of pollution could have region-wide impacts.[10] 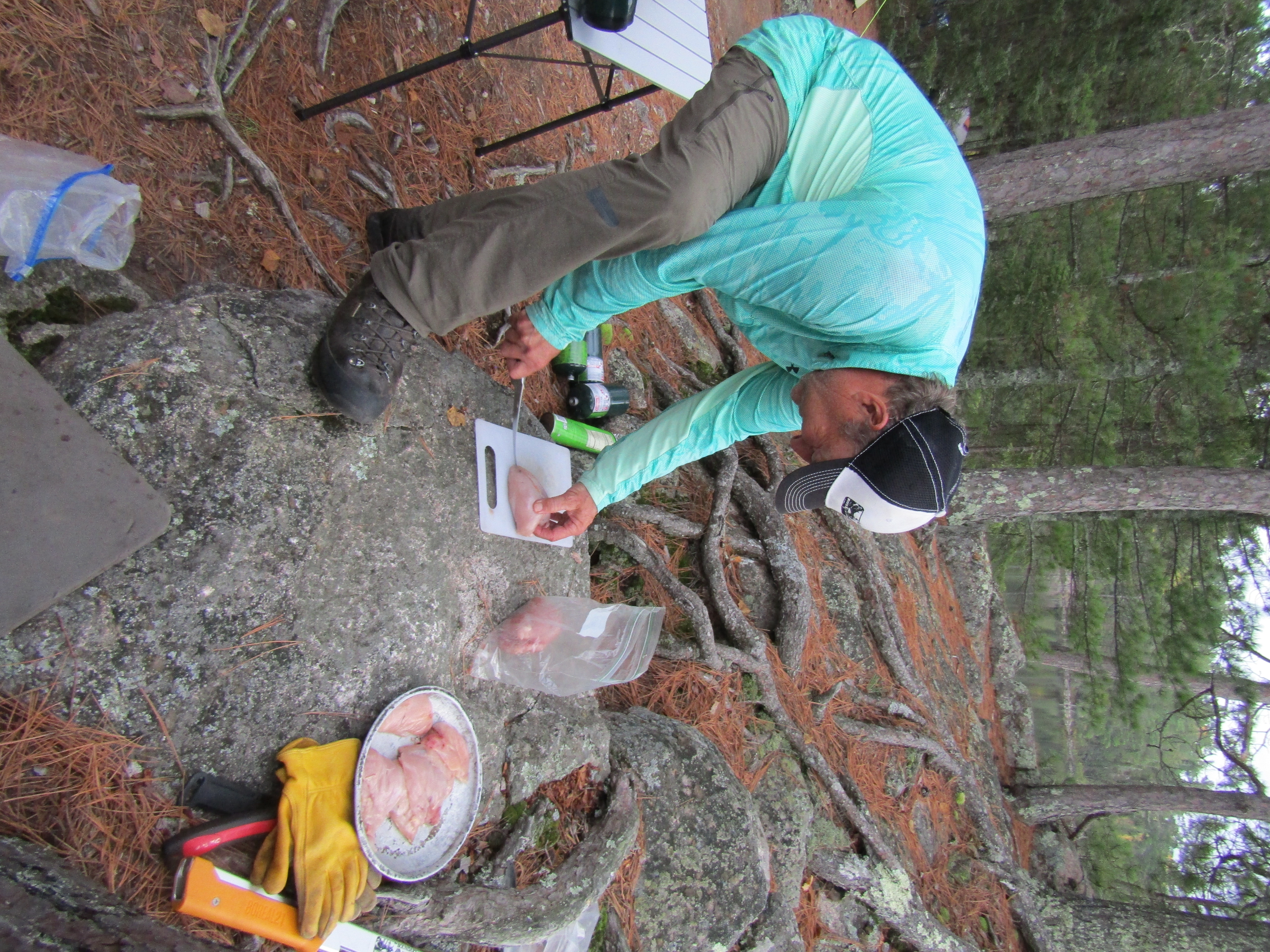 Proposed sulfide mining operations put this primordial labyrinth of pristine waterways and wild landscapes at risk. Sulfide mining, in a nutshell, is a war over Minnesota’s water. In the words of Backcountry Hunters & Anglers President and CEO Land Tawney (in the Winter 2020 Backcountry Journal), “There has never been a copper/sulfide mine that hasn’t leached. Never … There shall be no mine here … not ever … not on BHA’s watch.”[11] Learn more and take action here: https://www.backcountryhunters.org/take_action#/132

David Lien of Colorado Springs, Colo., and formerly of Grand Rapids, Minn., is a former Air Force officer and the founder and former chairman of Minnesota Backcountry Hunters & Anglers. He’s the author of “Hunting for Experience: Tales of Hunting & Habitat Conservation.”[12] During 2014 David was recognized by Field & Stream as a “Hero of Conservation”[13] and in 2019 he was the recipient of BHA’s Mike Beagle-Chairman’s Award “for outstanding effort on behalf of Backcountry Hunters & Anglers.”[14]

[5] Becky Rom, national chairwoman of the Campaign to Save the Boundary Waters, lives in Ely. “No way: Boundary Waters too precious for this risk.” Duluth News Tribune: 7/9/16.