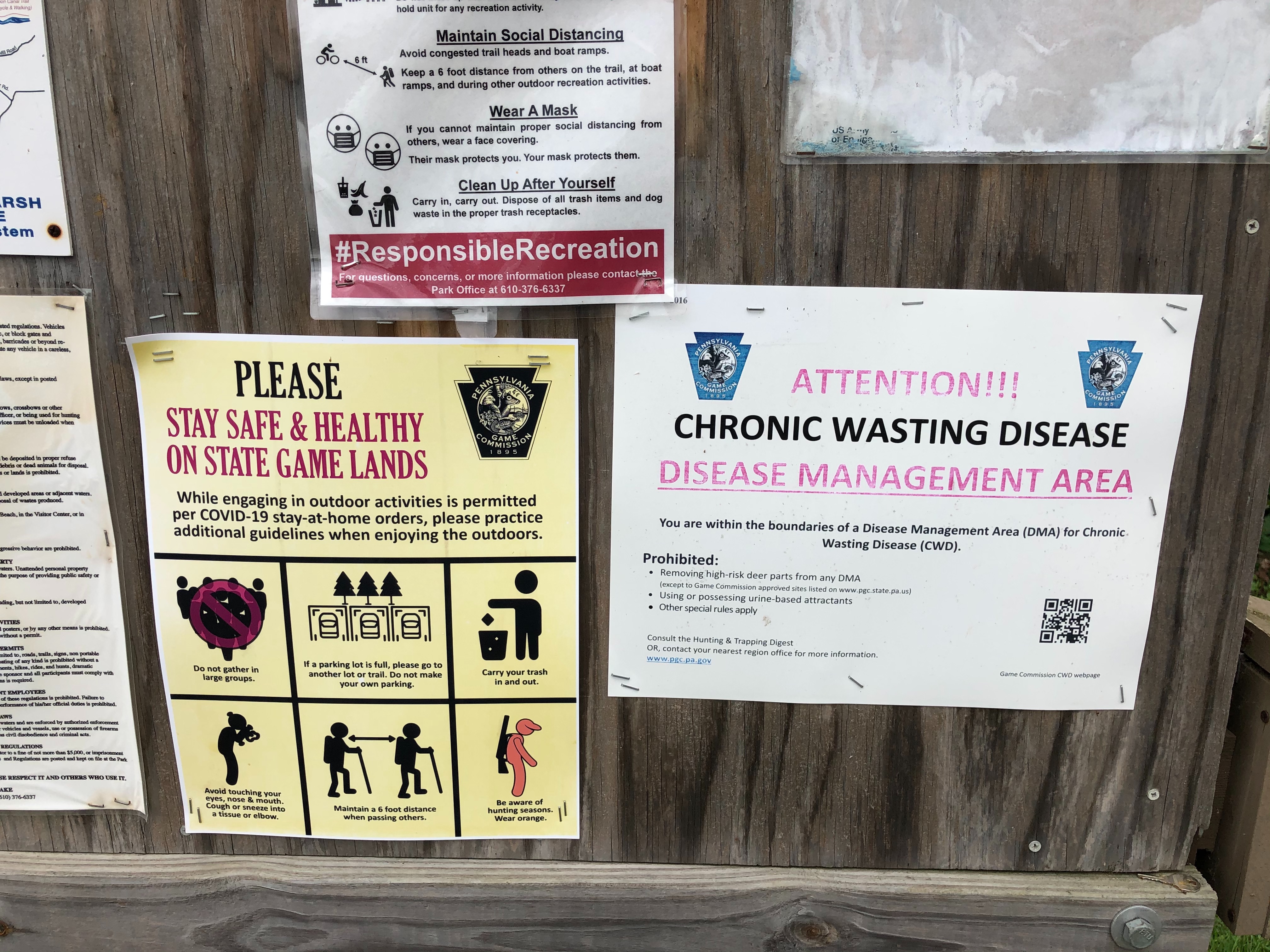 Comprehensive knowledge of hunting regulations is every hunter’s independent responsibility. Thankfully, we have modern technology at our fingertips telling us anything we want to know. Emphasis should be placed on updating yourself on new regulations every year! Who knows? The knowledge could potentially save you from an empty game bag - or protect you from an unwanted citation.

A cool, misty September evening found a friend of mine in his tree stand on public land in the 5C wildlife management unit (WMU). This particular WMU has fairly lengthy seasons for deer beginning in the middle of September. Hunting bears in this area of Pennsylvania is often overlooked, thanks to rare encounters with them. Both deer and bear seasons open early in the 5C WMU.

As the evening trickled along, to my friend’s surprise a bear meandered its way within bow range of his tree stand. Putting the sight pins of his bow on the bear’s shoulder he imagined making a perfect double lung shot. Too bad it wasn’t that time of year - or so he thought.

Immediately after the bear passed out of range he reached out to me via text. “Dude I just watched a bear for twenty minutes at only twenty yards away!” I asked him where he was hunting. When he replied with “5C” I said, “didn’t you buy a bear tag this year?”

“Yea of course I have a bear tag,” he replied.

As soon as I asked why he didn’t shoot the bear he Immediately realized his mistake. He was devastated. He had his first opportunity at PA bear where bears are uncommonly found, and with archery tackle at that.

Simply reviewing the annual regs book is the best way to prevent heartache similar to this from ever occurring. Every year the Pennsylvania Game Commission dedicates a special area of the regulation book to the latest annual updates. At a minimum, these should be reviewed as they will help improve your experience afield.

Every state assumes different regulatory systems. Automatically assuming your state’s is the same as another could be a detrimental move. For example, in Pennsylvania a purchase of a general hunting license comes with a deer tag (antlered or flintlock) as well as fall and spring turkey tags. A doe may be taken during the late flintlock season with a general license tag, but that same tag may not be used to take a doe in the early muzzleloader season.

A general license includes small game privileges. However, a pheasant stamp is now necessary to hunt those heart-thumping flushers. Likely, the cashier at your local store isn’t going to ask you if you’re planning to hunt pheasants. Know what you need before you go in for the purchase!

On the other end of the spectrum, if you’re hunting bears with a bow or muzzleloader, add-on licenses in either category are not required. Watch out though - if you read closely a lot of deer and bear seasons overlap! Add-on licenses for muzzleloading and for archery are needed to hunt deer.

Whether you believe in it or not, Chronic Wasting disease (CWD) is here. Affecting cervids (animals in the deer family), this disease has been around for quite some time, but now more extensive work is being conducted on the matter. Because of this most states have detailed regulations regarding cervid parts crossing state lines.

Imagine pouring blood and sweat into a successful and hard earned hunt, only to have part, or all of your kill confiscated. Not a good picture in my mind. Follow the guidelines for removal of high risk cervid parts in your area! There are very good options and pointers easily found online for euro skulls as well as a skull cap. If needed, be smart and plan ahead, find a taxidermist in the area you’re hunting who can help you!

We all need to do our part for CWD research.

It is vital to the survival of our love of hunting. Please don’t hesitate to encourage reporting and testing of deer to others who may be skeptical of CWD.

It’s an easy thing to say CWD isn’t real or doesn’t cross to humans that we know of at this time. It’s easy to say that it’s inconvenient to take a deer to a testing site. What is important for the future of the hunt? I hope you care as much as we do at The Pennsylvania Chapter of Backcountry Hunters and Anglers.

One thing that I have learned in my twenty years of hunting experience: most of the time, the easy thing to do isn’t often the best or the right thing to do. More often the thing that is challenging is the route that produces the desired results.

CWD may not be known to cross to humans at this time. There is no proof that people can get it, but there isn’t proof that we won’t  either. However, we do know that if a deer were to contract CWD, if nothing else kills the deer first CWD will 100% of the time.

I do believe everyone reading this could agree that we all definitely want a robust and healthy deer herd.

For more information on CWD research visit the CWD Alliance at http://cwd-info.org

Pointing Newbies in the Right Direction

When spending time mentoring new hunters, take time to teach them things they need to know without becoming easily frustrated. Be patient. Be present. They will likely make a few mistakes. That’s OK as long as someone’s life isn’t at stake. People ask questions, probably the same questions over and over again. Take the time to re-answer those questions.

Begin with achievable goals when considering taking a new person hunting. It will probably not go well for you if you take them into your best deer hunting spot expecting them to be as stealthy as you. Take them for doves, pheasants, squirrels— something that doesn’t require a high level of finesse. This should lead to a more desirable outcome. Growing hunters is really what it’s all about in the long run!

Join other Pennsylvania Chapter members in helping others learn how to hunt or fish. Read about out Take Two Mentor Program and sign up Here.

Also check out my previous article about Mentoring Here.

share on
See other posts related to Pennsylvania BHA news
Get the latest news and stories, right to your inbox.
Search
Local Chapters