From Rags to Tags

When I moved to Minnesota in 2020 to start my graduate program in Natural Resources Science and Management at the University of Minnesota, I had high hopes, despite lockdowns and virtual learning, of making connections with people who could mentor me through the process of becoming a hunter and angler. I had the passion and determination; all I needed was a mentor, or as it turns out, a whole group of mentors who could channel that energy. What I found in Minnesota still feels like a dream. 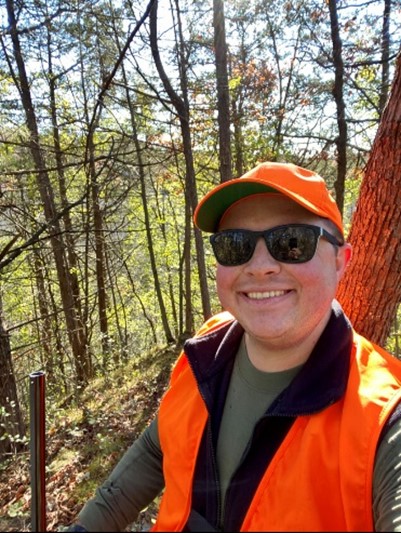 Growing up in Northern California, the state with the lowest hunter-per-capita ratio, there were not many opportunities to get out and hunt if you did not have a close relative or friend willing to teach you. I grew up in a small, rural town at the base of the Sierra Nevada foothills in California’s vast Central Valley. My family and friends did not hunt, so neither did I. I do, however, have parents that love the outdoors. Camping, backpacking, hiking, mountain biking, and going to the ocean and the lake were commonplace for my siblings and me growing up. My uncle is an avid angler, and when the family would go on our annual camping trip, he would take all the kids fishing for trout.

In the spring of 2011, I was diagnosed with Type 1 Diabetes, complicating my relationship with the outdoors and making it more difficult to venture out into remote places, searching for adventure. Nevertheless, I got my hunter’s safety permit in 2013 at the age of seventeen at a Troop meeting through Scouts. I then promptly put it away, with college on the horizon. Little did I know that a single, smoldering ember of passion for hunting and angling had just been ignited.

In college, I got into foraging for edible mushrooms through my degree in Forestry. Many of my peers in the natural resources program at Humboldt State were avid hunters and anglers. Still, I was only passively interested and too engrossed in my studies for any extracurriculars. After graduation, I worked for a timber company as a reforestation technician. Nearly everybody in my office hunted, fished, foraged, or was interested in procuring their own food. Unlike college, I left my work at work and had an expendable income for the first time. My smoldering ember of interest in hunting finally got the oxygen it needed. I decided to retake the hunter’s safety course and got nearly a perfect score on the exam. I watched the shows, read the articles, bought the books, and listened to the podcasts, but I still did not know where to begin without someone to take me under their wing.

Through my work as a BHA club leader, I was connected with some of the most passionate, knowledgeable, and experienced hunters, anglers, and public land advocates I had ever met.

In the fall of 2019, shortly after my 24th birthday, I found myself as a Naturalist teaching at an outdoor school about thirty miles north of Yosemite National Park. The importance of this chapter in my life has to do with the power of observation. I lived on-campus, in the woods surrounded by oaks, pines, and wildlife. This was when I first began observing the movements and habits of individual turkeys, deer, and squirrels on the property. I became enthralled by wild turkeys learning everything I could about them, seeing what different noises would make the toms outside my window gobble. While I did not intend to hunt them, I began applying what little knowledge of scouting and wildlife habits I had, but I still did not have the means, confidence, or mentorship to use these skills in earnest. The tiny ember had become a flame, and that flame was continuing to grow.

I accepted my position as a graduate student at the University of Minnesota in 2020. I soon found myself as the President of the BHA Club at the University of Minnesota, and ever since, things have been a blur, in the best of ways. Through my work as a BHA club leader, I was connected with some of the most passionate, knowledgeable, and experienced hunters, anglers, and public land advocates I had ever met. Still, most importantly, I found the mentors I had been looking for. 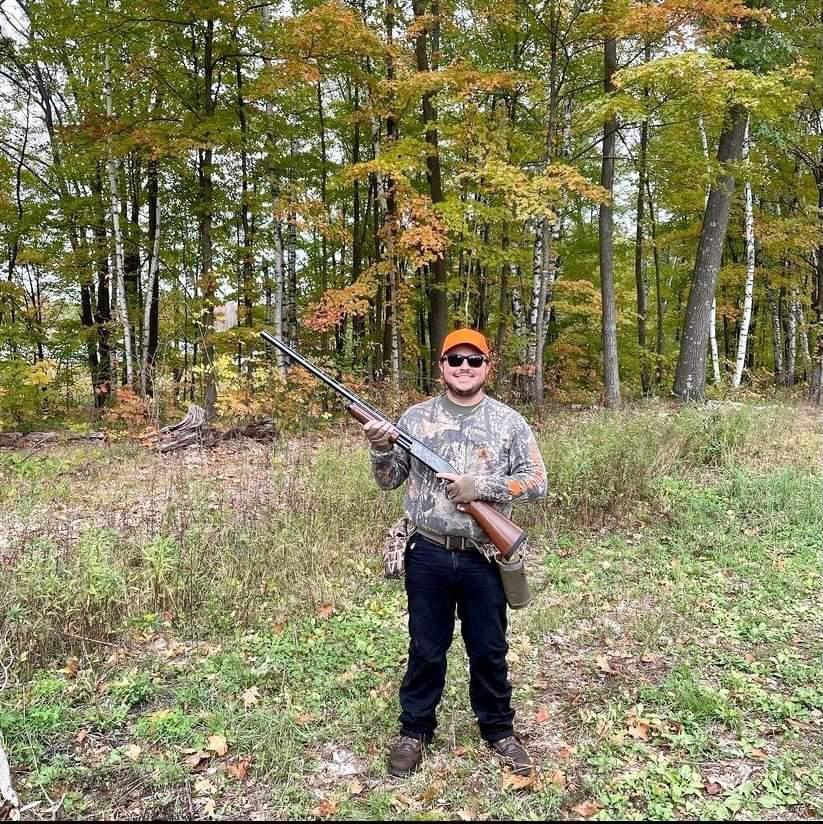 In the past two years that I have lived in Minnesota, I have done more hunting and angling than I ever imagined. I have gone on two backcountry whitetail deer hunts on public land, where we backpacked in and set up camp. My mentor, Erik Jensen, taught me everything from how to get into a tree stand to quartering a whitetail deer in the woods and coming up with a contingency plan should my insulin freeze, which it does, at 32 degrees Fahrenheit. Erik took me on my first waterfowl hunt this past September in the same stretch of woods we deer hunt, allowing me to further my connection with that piece of public land. Another pivotal mentor for me is Mark Norquist, the Founder, Publisher, and Editor of Modern Carnivore, whose mission is “re-connecting people to healthy meat options and introducing them to a lifestyle of ‘direct harvest’ that includes foraging, fishing, and hunting.  No experience required”, and I see myself 100% in Modern Carnivore’s mission statement. Modern Carnivore hosts learn-to-hunt programs, which Mark has invited me to, and I am very fortunate to have attended three such events in the past year: a learn to turkey hunt, a learn to squirrel hunt, and most recently, a learn to dark house spear trip. Matt Lee, the Chair of the Minnesota BHA Board, took me out on my first pheasant hunt, a hunt knew I had to do if I was going to be living in Minnesota.

The smoldering ember born when I was seventeen has grown into a full-fledged inferno almost ten years later. After my first squirrel hunt, I will never forget when I first began to call myself a hunter. More importantly, these hunts, my mentors, who I can happily call friends, and the community and friendship I have found have given me so much. I hope that I will one day be able to provide the same type of mentorship to a young hunter or angler who is just starting to stoke their fire.

I am the President of the Backcountry Hunters & Anglers at the University of Minnesota where I am a graduate student in the Natural Resources Science & Management Program. I am passionate about public land access and advocacy, as well as ethical h