EPLUS Outside the Primary Zone 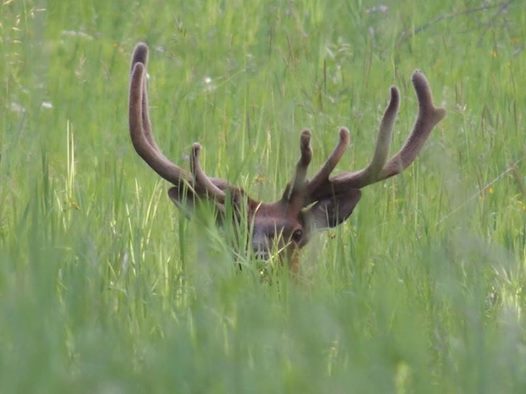 Fourth in a series

To understand how a small number of landowners controls a third of the elk hunts in New Mexico, you have to start on the ground – where the elk are most concentrated versus where they are fewer and farther between.

We discussed previously that EPLUS splits the state into three management zones, and that the majority of elk are found in the Primary Zone. In that zone, elk tags are divided between the public draw and EPLUS landowners through a complex formula, but it comes down to the amount of private land versus public land in the GMU.

Although most elk are found in the Primary Zone, EPLUS rules also extend to the Special Management Zone and the Secondary Management Zone. But again, it’s complicated. Here’s how they work.

The Special Management Zone is a relatively small area compared to the Primary Zone. Located in the mountains of north-central New Mexico, it contains substantial numbers of elk. However, this zone is largely private land -- all of GMU 46, plus most of GMUs 54 and 55A – including big ranches such as Vermejo Park.

The public lands in this zone are the Colin Neblett, ES Barker and Urraca Wildlife Management Areas, plus Valle Vidal. Together, there are 575 public draw tags in the Special Management Zone.

In contrast, NMDGF negotiates with each ranch in the Special Management Zone to determine how many authorizations they receive, as well as what type of legal sporting arms and season dates they prefer. In the 2020-21 season, landowners received 2,900 authorizations.

The last area managed under EPLUS rules is the Secondary Management Zone, or SMZ. It contains any land that has elk but is not in either the PMZ or the Special Zone. These are lands that were previously designated as “outside the Core Occupied Elk Region,” or COER.

Unlike the PMZ, NMDGF does not set specific elk management goals for the Secondary Management Zone. There are some public draw tags for public land hunters (they’re listed in the Elk Rule). But on private lands, each enrolled ranch can sell as many hunts as it wants because unlimited tags are available over the counter. Hunters must obtain written permission from the landowner to hunt, and all private land hunts are exactly that – ranch only.

To be clear, landowners in the Secondary Zone do not receive and sell authorizations – a public resource - but instead are compensated directly by the hunter for the opportunity to purchase one of the unlimited OTC tags and access private land to hunt.

That’s a major change in EPLUS rules. Prior to 2018, landowners “outside the COER” -- what is now known as the Secondary Zone -- actually received authorizations. They sold thousands of authorizations every year, but roughly 8,000 authorizations a year went unused, according to NMDGF data.

These were roughly 8,000 elk tags that NMDGF biologists had decided could be sold, yet the landowners who received the authorizations failed to use them. Which means that some 8,000 New Mexico hunters did not have an opportunity to hunt, and NMDGF did not receive the revenue from some 8,000 licenses.

During the 2018 EPLUS revision, however, Game and Fish recommended that it stop giving out those authorizations to landowners in the Secondary Management Zone and instead went to unlimited over-the-counter sales.

The justification given at the time was that since elk are only occasionally present in what is now the Secondary Zone, and do not necessarily arrive during regular hunting seasons, landowners needed greater flexibility to offer hunts. Giving them authorizations apparently did not provide flexibility, whereas over-the-counter tags would. With little public discussion, the Game Commission agreed and approved the change.

Because NMDGF does not actively manage those animals, however, it isn’t clear whether biologists believe more elk could be harvested in the Secondary Zone.

Next up in our series, unitwide tags – how that program works, who it benefits and how it might be amended to benefit more New Mexico hunters.