Corporate fronts are behind movement to convert land 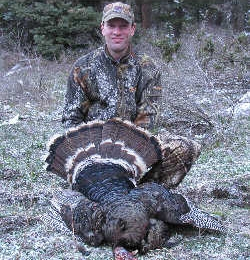 The following letter was recently printed in the Grand Junction Daily Sentinel here.

It’s an interesting contrast that during the same week, when both of the Western Slope’s largest newspapers (in Durango and Grand Junction) editorialized against efforts by corporate front groups and others to turn public lands over to the states, that someone from the American Lands Council would come to Grand Junction to propose doing just that.

In case you’re not familiar with this anti-public lands group, just one example of its agenda speaks volumes: In Arizona they spearheaded an effort (Arizona Proposition 120) that purported to seize Grand Canyon National Park and all other national park lands and wilderness areas in Arizona. It was rejected by a wide margin.

Some of the same corporate special interests vigorously protested Theodore Roosevelt when he established the public estate a century ago. Thanks to Roosevelt, and those like him, today we can (as explained by Todd Tanner in Sporting Classics Daily) “fish waters worthy of kings and princes; we can walk forests that, were they to exist on any other continent, would be the sole domain of monarchs or despots or captains of industry.”

As Tanner and other sportsmen and women know firsthand, the State’s Rights arguments forwarded by those advocating turning federal lands over to individual states are nothing more than thinly veiled mouthpieces for private interests seeking to purchase and exploit our public lands to the exclusion of the common American.

In the words of Mike Schoby, editor for Petersen’s Hunting, “If you support politicians who are in favor of selling your land to the highest bidder, you…could also start a campaign to keep kids indoors. I can see it now: a school program where they get kids to trade in their .22s for a new Xbox 360 and a bag of Doritos.”