Backcountry Hunters & Anglers was (and is) inspired by the political activism of Theodore Roosevelt, the Land Ethic of Aldo Leopold, the hunting ethics of David Petersen and the fiery oratory of Hal Herring. And from the start we have been focused on public lands and waters conservation (and conciliation). To this day we’re following closely in the footsteps of our nation’s greatest hunter-conservationist (and Medal of Honor recipient), Teddy Roosevelt.[1] 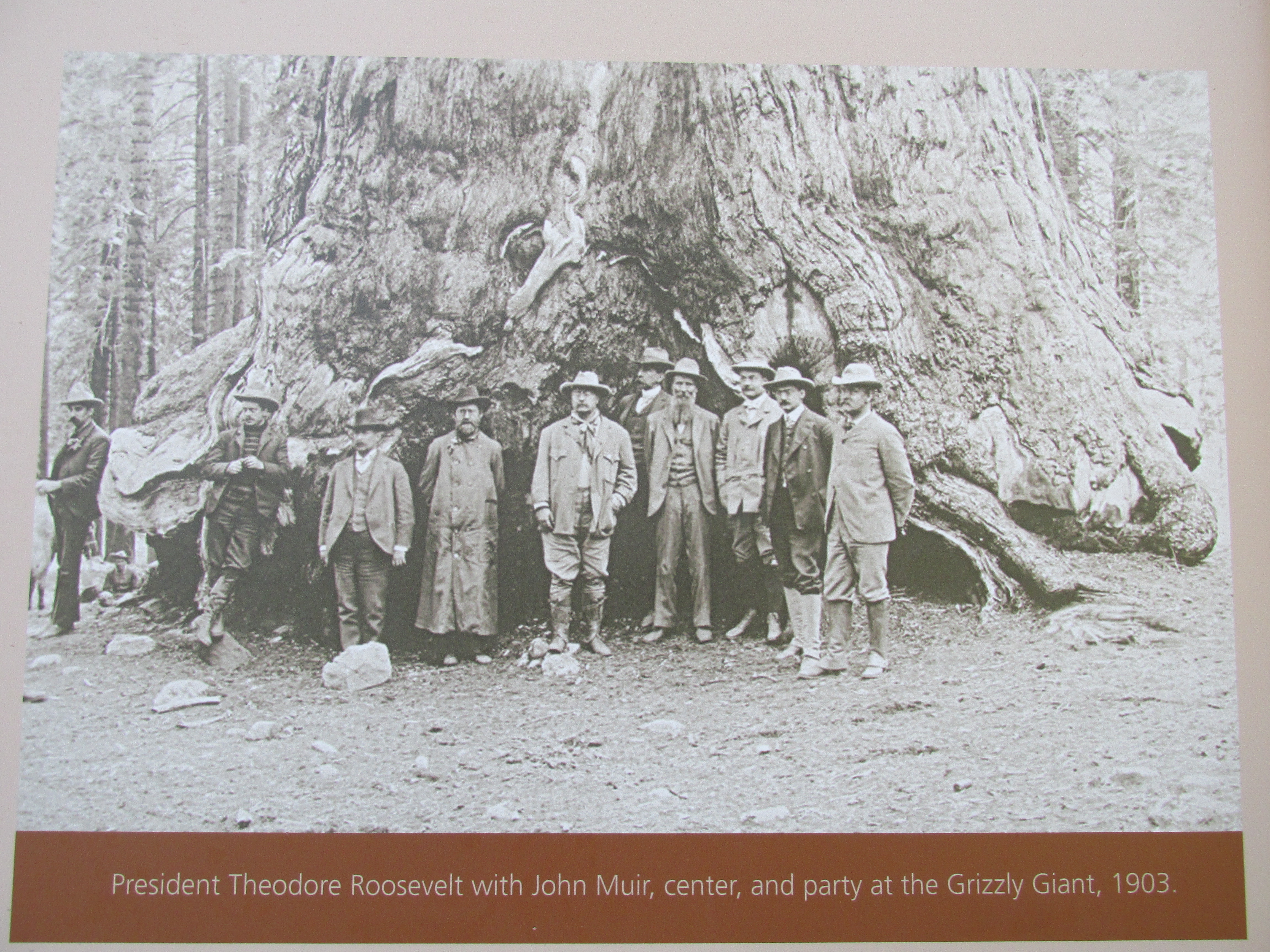 In 1903 President Roosevelt and famed conservationist John Muir set out for Mariposa Grove in Yosemite National Park. “By 1903, John Muir was sixty-five and more famous than ever. Mountain peaks and canyons, campsites and glaciers now bore his name … The Sierra Club he founded was growing steadily,” wrote Dayton Duncan and Ken Burns in The National Parks: America’s Best Idea.[2] “On May 15, they set off … in a caravan of wagons … a detachment of thirty African American troopers from the 9th Cavalry rode along as escorts …”[3]

“Roosevelt worked with John Muir, one of the earliest advocates for the formation of our national park system, and the founder of the Sierra Club,” wrote J. Scott Olmsted, American Hunter Editor in Chief. “In what is now a famous moment in time, Roosevelt and Muir camped in 1903 in the Yosemite Valley, when and where Muir convinced Roosevelt to return the Yosemite Valley and Mariposa Grove to federal protection as part of the formation of Yosemite National Park.”[4]

As a non-hunter, Muir did not always see eye to eye with Roosevelt. But, after the two met and camped out together in Yosemite they realized they shared a common love for the wilds and together became a potent force for conservation, observed Field & Stream contributor David Stalling. “It’s a lesson, I think, we should still heed today to work cooperatively with others—focusing on our shared love of the land—to protect, restore and sustain the fish and wildlife habitat we all enjoy,” David said.[5]

From the days of Teddy Roosevelt to the present day, hunters and anglers have been fighting to protect our “wild public lands, waters and wildlife” and advocating for conservation and conciliation. The benefits and synergies of combining the efforts of all outdoorsmen and women (when and where possible) will be necessary to protect and perpetuate our great public lands estate, as explained by the knowledgeable hunter-conservationists below.

For those who weren’t able to attend the 2021 BHA North American Rendezvous at Fort Missoula (June 3-5), one of the highlights was Hal Herring (host of BHA’s Podcast & Blast and 2016 Ted Trueblood Award recipient) inspiring and reminding us (via  a cautionary tale) about what we’ve gained and could very well lose (see the “Campfire Stories” link below) without the constant sacrifice and vigilance of public land owners/patriots across the country and continent.[13] 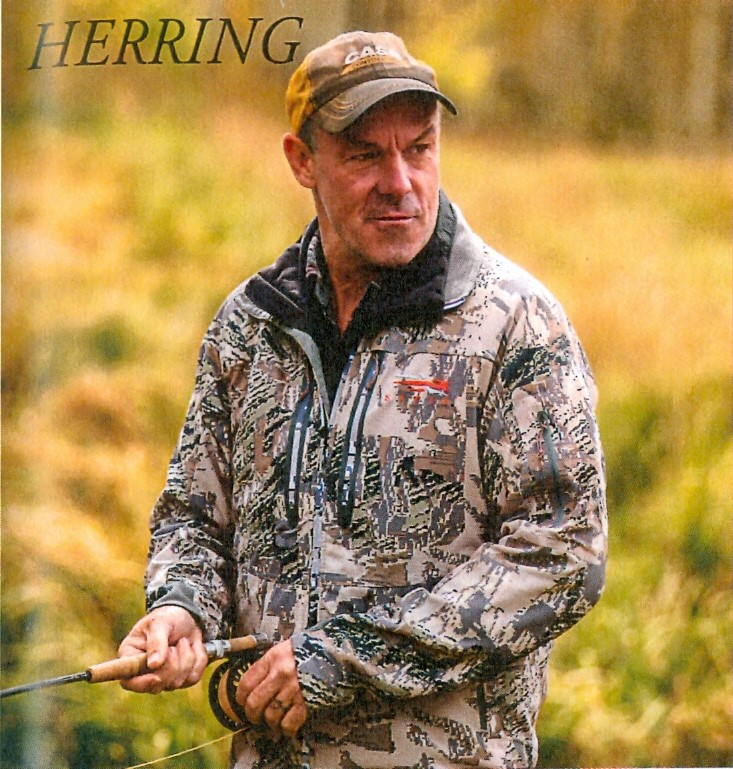 Along the same lines, Hal wrote in the Winter 2014 Backcountry Journal: “We are the carriers of the fire. We are the repository of 30,000-40,000 years of human passion and drive to hunt. We totally evolved to live this way. It’s deep, it’s blood, it’s cold, darkness and rough terrain. Then back to blood again. We need to be sure this elemental fire doesn’t go out.”[14] Shane Mahoney, president and CEO of Conservation Visions, Inc., said when it comes to wildlife, “Too few people care, and those who do are divided.”[15]

The growing need is for these differences to be overcome. In the first decade of the 20th century, the Boone and Crockett Club, Audubon, and the New York Zoological Society (now the Wildlife Conservation Society) joined forces. Putting aside differences in approach and ignoring differences in attitudes, in less than a decade these three groups were critical to the establishment of the National Wildlife Refuge Act, the Fur Seal Act, the Bison Act, and the Millinery Act. It’s worth considering how we put aside our differences once again.[16]

Backcountry Hunters & Anglers founder Mike Beagle and Colorado BHA (the first BHA state chapter) founder David Petersen both worked for Trout Unlimited during BHA’s formative years.[17] Our President & CEO Land Tawney and Conservation Director John Gale worked for the National Wildlife Federation (founded by a hunter in 1936) before joining BHA’s National Staff.[18] More proof that hunting, angling and other conservation groups can still work together for our common cause of wildlands and wildlife preservation.[19]

“Conciliance, that’s the ticket,” David Petersen wrote in Heartsblood. “A lasting coalition of objective, intelligent, far-seeing lovers of nature’s besieged grandeur, bound in a determined political coalition, working through every possible venue on behalf of natural wildness, natural freedom, and the dignity of all life … that must be our common goal. What is the haunted look on the face of Wyeth’s The Hunter?[20] It is love. It is freedom. It is hope.”[21]

[17] David Petersen and Keith Curley. “Where The Wild Lands Are: Colorado.” Trout Unlimited: 2009.

[20] Wyeth’s painting entitled The Hunter is found on the cover of Petersen’s book Heartsblood.