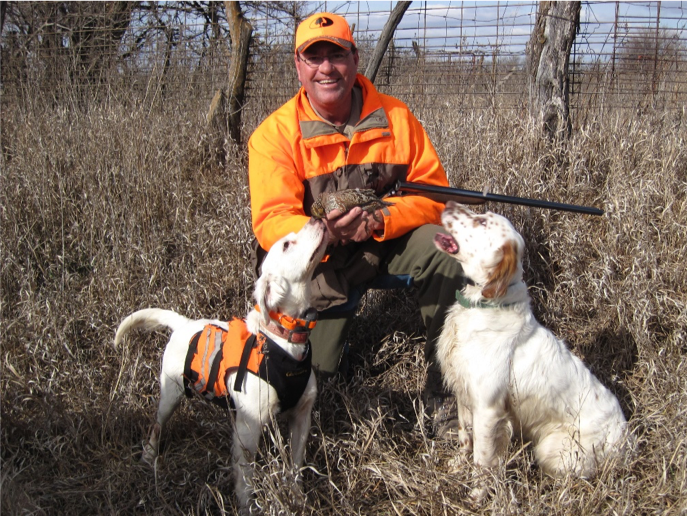 Kurt Ratzlaff's leadership has helped Kansas maintain active engagement, from both a board and member perspective, and increased corporate sponsorship in spite of the COVID-19 pandemic. Always looking to improve upon the past, Kurt pushes the Kansas board to think outside the box, finding creative solutions that allow BHA to stay in the conversation and on top of key topics throughout the Great Plains.

Kurt was born on the plains of Colorado and grew up in his father’s small-town meat processing shop where he helped process beef, pork, sheep, goat, deer, elk, moose, bear and anything else folks dropped off. Luckily, the mountains were close enough that by age 16 he was solo backpacking and fishing in the Rockies. His passion for hiking and backpacking has taken him from northern Montana and Minnesota to southern New Mexico and from the Appalachian Trail to the Sierras and the Hawaiian Islands. But as a kid, hunting mainly meant chasing rabbits...and fishing usually meant targeting carp.

His future father-in-law introduced him to hunting for pheasant and quail with bird dogs in Kansas. After that, the Sunflower State became home. After almost 40 years later, everyone who hunts birds with Kurt, his wife Michelle and their setters wonders why he can’t hit more birds after all those years of practice. While Kurt's time as a butcher meant the scent of venison was overwhelming at times, it has now risen to its rightful spot as the meat of choice in the Ratzlaff household. But just like with pheasant and quail, chasing big game on public lands in several states has not greatly improved his shooting accuracy. Kurt and Michelle enjoy a much higher success rate when they aim for national parks, national monuments and wilderness areas. They love to introduce family and friends to our public lands and The Great Outdoors.

Kurt recently retired from the legal profession and now works to improve his shooting percentage as well as making the Kansas BHA Chapter a robust and connected advocacy group for public lands.