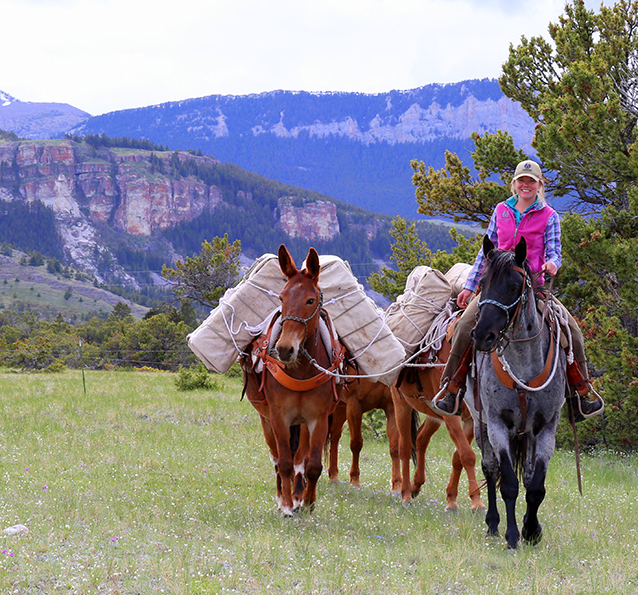 Born and raised in Choteau, Montana, Maggie Carr is a wilderness hunting guide, backcountry skier, skilled horse and mule packer and co-owner of the unique wilderness outfitting business DropstoneOutfitting, which offers packstring-suppported hiking trips in the Bob Marshall Wilderness and adjacent public lands of Montana. Maggie’s family has been here on the Teton River since her great-grandfather was a horseback doctor in the wild homestead years of the late 19th and early 20th centuries. Hal and Maggie talk guiding and blizzards, hunting and grizzlies, why anyone would get into the business of outfitting, and books and writers – some of the greatest literary minds of the 20th century were her family friends, including Pulitzer-winning novelist A.B. Guthrie, poet Richard Hugo, novelist Mildred Walker, historian Joseph Kinsey Howard, and THE most important historian and chronicler of the 20thcentury struggle over the American public lands, Bernard DeVoto.