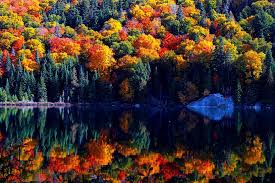 “Eastern sportsmen and women have always been some of the most outspoken defenders of our public lands and waters. Look no further than Theodore Roosevelt,” said BHA President and CEO Land Tawney. “We at BHA are proud to stand shoulder to shoulder with them in the ongoing efforts for conservation and public access. Adding two strong sportsmen advocates in the arena – Chris Hennessey in the Northeast and Josh Kaywood in the Southeast – will enable us to become even more effective in two previously underserved regions. We’re thrilled to have both of them join Team BHA.”

Chris Hennessey will work with BHA chapter leaders in New York and Pennsylvania to increase membership, maintain strong, capable chapters and mobilize sportsmen to advance sound natural resources policy. He grew up in suburban Philadelphia, Pennsylvania, with a passion for hunting and fishing. Now residing in State College, he pursues fish and game among the ridges and valleys of the Allegheny Mountains.

“I have fished, hunted and hiked on public lands from Maine to Washington, and I am a profound believer that those lands and the benefits they provide are a critical part of our American heritage,” Hennessey said. “I’m proud to be working with like-minded folks in New York and Pennsylvania to preserve our wild spaces for future generations.”

Josh Kaywood is a founding member of BHA’s Southeast chapter and served as its first chair. He grew up backpacking, climbing and kayaking in the Blue Ridge Mountains and then, while attending college at the University of Mississippi, was introduced to a new landscape, the Mississippi Delta, where he fell in love with waterfowl hunting. The cypress swamps and fields of the delta led to his growing interests in small game hunting, bowhunting whitetails and black bears.

Kaywood said, “I’ve been lucky to have the opportunity to hunt, fish and explore public lands across North America. These experiences have fundamentally informed my understanding of the world. It is an honor to serve fellow sportsmen in conserving and maintaining access to these wild places that are an important part of our culture – and our freedom to roam.”

Backcountry Hunters & Anglers was formed around an Oregon campfire in 2004. With chapters in 35 states, two Canadian provinces and Washington, D.C., BHA brings an authentic, informed, boots-on-the-ground voice to the conservation of public lands.