A Year in a Bus 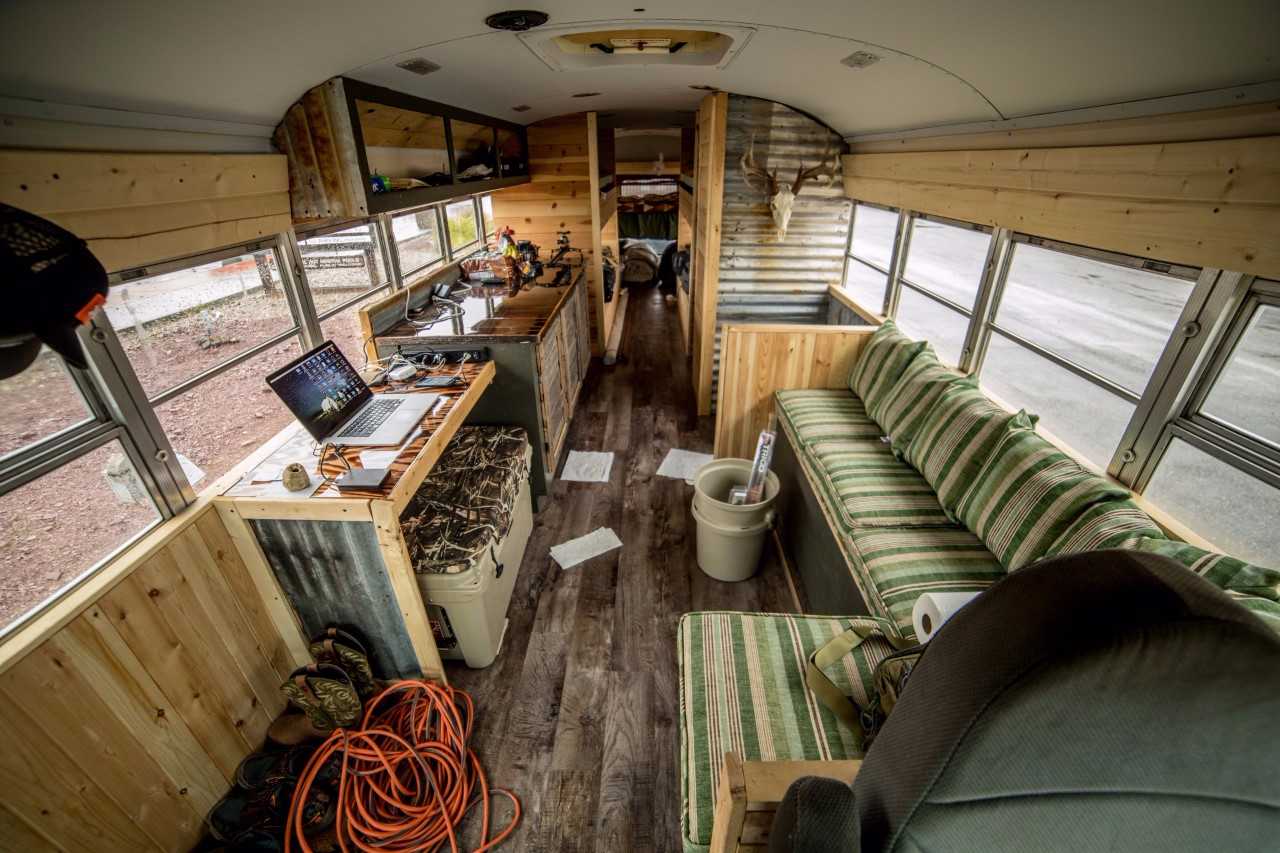 I’m homeless. Well, I was homeless. Don’t worry, it was by choice.

My work as a photographer in the hunting industry kept me traveling so often I didn’t find it necessary to have a permanent residence. But I say that I WAS homeless, because now, my home just goes with me. I have decided to do a year in a bus in the name of public lands. I turned a 1993 Bluebird into a rolling cabin and will be traveling to different public lands, hunting, fishing, and raising awareness of public land politics along the way. I saw it as my duty as a sportsman to do my part in the fight to keep public lands in public hands. The bus just seemed like a great platform from which to base that fight.

I’ll be out on the road doing everything from chasing mule deer and whitetail with a bow, to mountain biking and backpacking. It is going to be one hell of an adventure. I won’t be going anywhere fast, so if you see me out on the road, don’t hesitate to come talk to me. I’ll be the one driving 55 in a giant green and white bus.

In addition to traveling for a year, my brother and I started an apparel company and $5 from ever item sold goes to BHA. Just check us out at publiclandtees.com.

I'll be taking over BHA's Instagram for Public Lands Day and a few days beyond. There, I'll sharing some of my stories from public lands and why it's so important to #KeepItPublic.