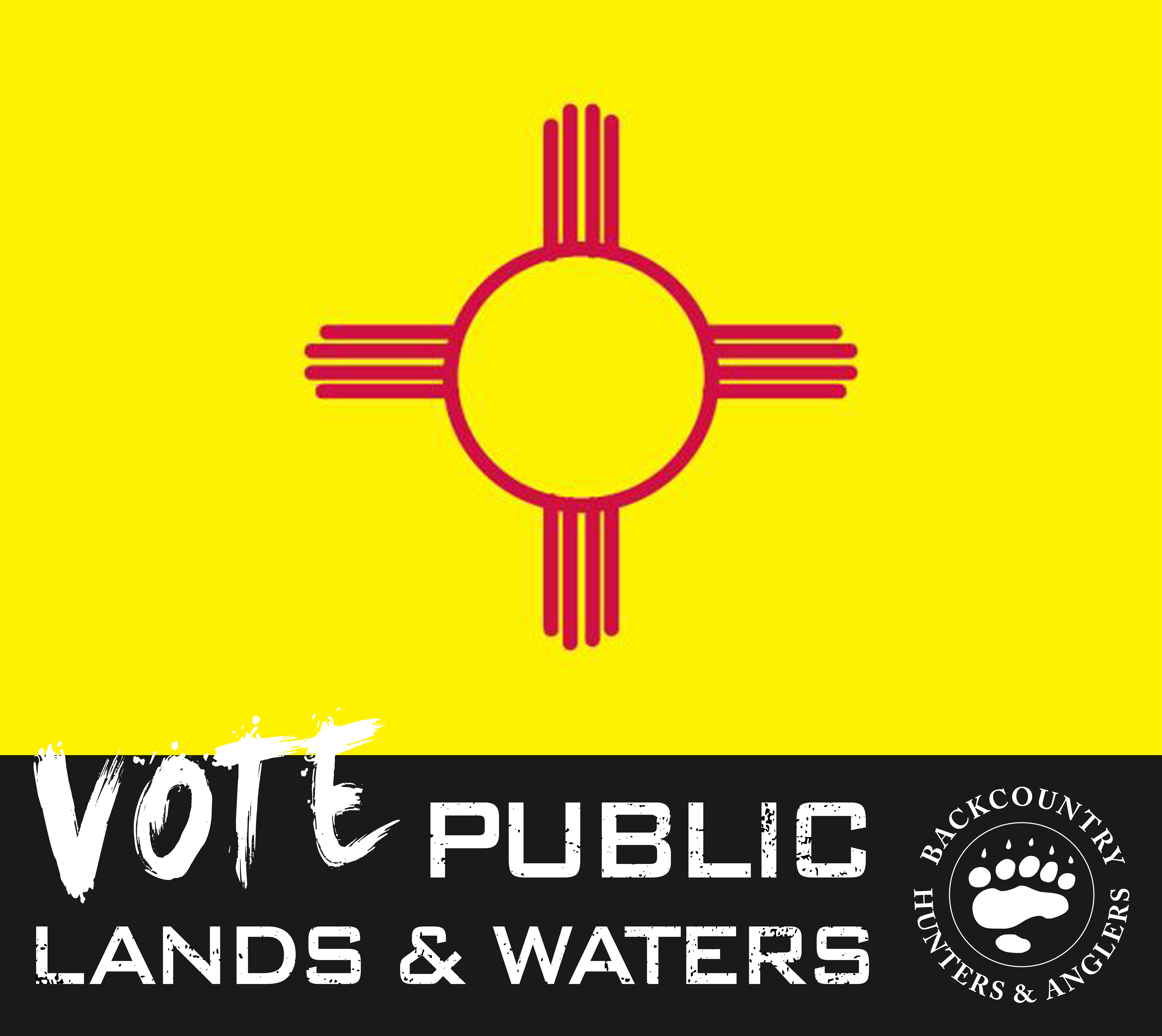 Backcountry Hunters & Anglers members in New Mexico will vote in several crucial elections in 2018 that will ultimately affect hunting, fishing, wildlife management and public lands in our state. Top among them is the race for Governor, who appoints members of the State Game Commission and has final authority over the Department of Game and Fish. On the ballot are Democrat Michelle Lujan Grisham and Republican Steve Pearce, both of whom gave up seats in Congress to run for the state’s highest office.

Also on tap for 2018 is electing a new Commissioner of Public Lands, who manages roughly 13 million acres of State Trust Land and controls access to some 9 million acres for hunting, camping and other recreational uses. Former Land Commissioner Pat Lyons, a Republican, is running against former Democratic state Rep. Stephanie Garcia Richards and Libertarian Michael Lucero.

In addition, voters will have seats to fill in the U.S. House and Senate. The three-way race for House District 1 (Albuquerque) features Democrat Deb Haaland, Republican Janice Arnold Jones and Libertarian Lloyd Princeton. The House seat for southern and eastern New Mexico pits state Rep. Yvette Herrell, a Republican, against Democrat Xochitl Torres Small. In the north, House District 3, Rep. Ben Ray Lujan, a Democrat, is seeking another term. He is challenged by Republican Steve McFall and Libertarian Chris Manning.

U.S. Sen. Martin Heinrich, a Democrat, is vying for another term. Former Gov. Gary Johnson, running as a Libertarian, has challenged him, along with Mick Rich, a Republican.

The New Mexico Chapter of Backcountry Hunters & Anglers, in an effort to help inform voters about issues not normally discussed in statewide campaigns, sent each candidate a series of questions on Aug. 27. We followed up numerous times with emails and phone calls to ensure each campaign had received the questionnaire. We reminded each campaign as the deadline to respond got closer, then gave each campaign additional time past the deadline to complete their Q&A.

Most, but not all, campaigns responded. The answers of those who did respond are now posted online for each race: click on any of the following to read the responses for Governor, Commissioner of Public Lands, U.S. Senate, and U.S. House.

We urge hunters, anglers, wildlife viewers and public lands users to read through each of the questionnaires, and then to vote. It is crucial for sportsmen and women – indeed, for everyone – to let candidates and elected officials know where you stand on the issues that affect wildlife, habitat and the public lands we have used for generations.

We urge all hunters, anglers and other public lands users to read through each of the questionnaires and then to vote. It is crucial that every public land owner let candidates and elected officials know where he or she stands on the issues that affect wildlife, habitat and our public land birthright.