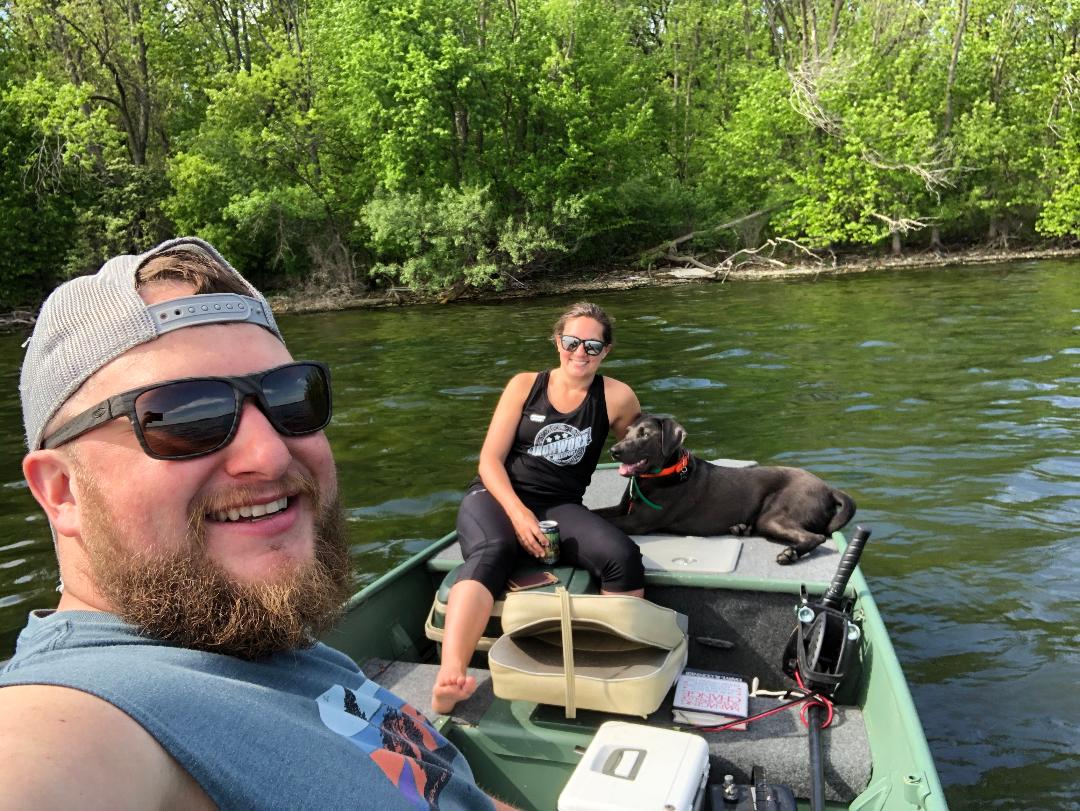 Joe Steffen, Co-Chair - Joe grew up in the small Central Wisconsin town of Plover and started hunting whitetails in Northern Wisconsin at a young age. His father introduced him to the vast public acreage that Iron County WI had to offer and for over a decade they pursued whitetails . During High School he never had a problem finding any excuse to get outdoors and even managed to be accepted into a school sponsored program that allowed him to whitewater canoe through many of the major Wisconsin waterways for a summer.

After high school he attended College where he received his Associate’s Degree in Criminal Justice and his Bachelor’s of Science Degree in Criminal Justice and Public Administration and is currently pursuing his Masters Degree. Joe currently works as the Deputy Director for a College Public Safety Department and works part time as a Police Officer and for the Police Academy.

Joe is an avid sportsman. When he is not working, you will likely find him in the field chasing Deer and Turkeys around Wisconsin and at least once a year a trip out west to chasing some sort of critter.  During the summer, you can find Joe around a campfire, canoeing, kayaking and trying to catch dinner in the Boundary Waters and the Wisconsin River. Joe enjoys visiting his fellow Midwesterners in the beautiful Upper Peninsula of Michigan several times a year.  Joe’s wife, Megan and their black labs, Buddy Lee and Amigo, will often join in on the adventures.

Since 2016 Joe has previously served as a board member and Treasurer for the Wisconsin BHA Chapter.  In addition Joe has been a lead Hunter Safety instructor for the Wisconsin DNR for the last 5 years and volunteers his time for the Learn to Hunt program through the Wisconsin DNR R3 mentor programs.  He is passionate about keeping people involved in hunting and fishing and ensuring public land access for generations to come.

Noah Wishau, Co-Chair - Noah grew up in southeastern Wisconsin. He began accompanying his dad on hunting and fishing trips at a very young age. Most weekends of the fall and winter found them either chasing deer in north central Wisconsin, or ice fishing somewhere in the state.

Noah majored in History and Political Science at Ripon College and graduated from Marquette Law School. He currently has his own law practice in Racine. He is married to Beth and they have two children, Tess and Holt.

Noah still enjoys chasing deer with both a bow and a gun, hunting turkeys in the spring, hunting pheasants with his dog Huckleberry, catching a mess of bluegills for the frying pan, and shooting some ducks if the opportunity arises.

While Noah’s passion for the outdoors never diminished, a few years ago he was beginning to become disenchanted with the popular hunting culture. The emphasis on trophy animals using the newest gadgets began to wear on him. By chance he picked up and reread Aldo Leopold’s “A Sand County Almanac”. At about this time,  he found the writings of Jim Posewitz. These books ignited a passion in Noah to make sure that the inheritance that we hunters received from those who came before us doesn’t die on our watch. 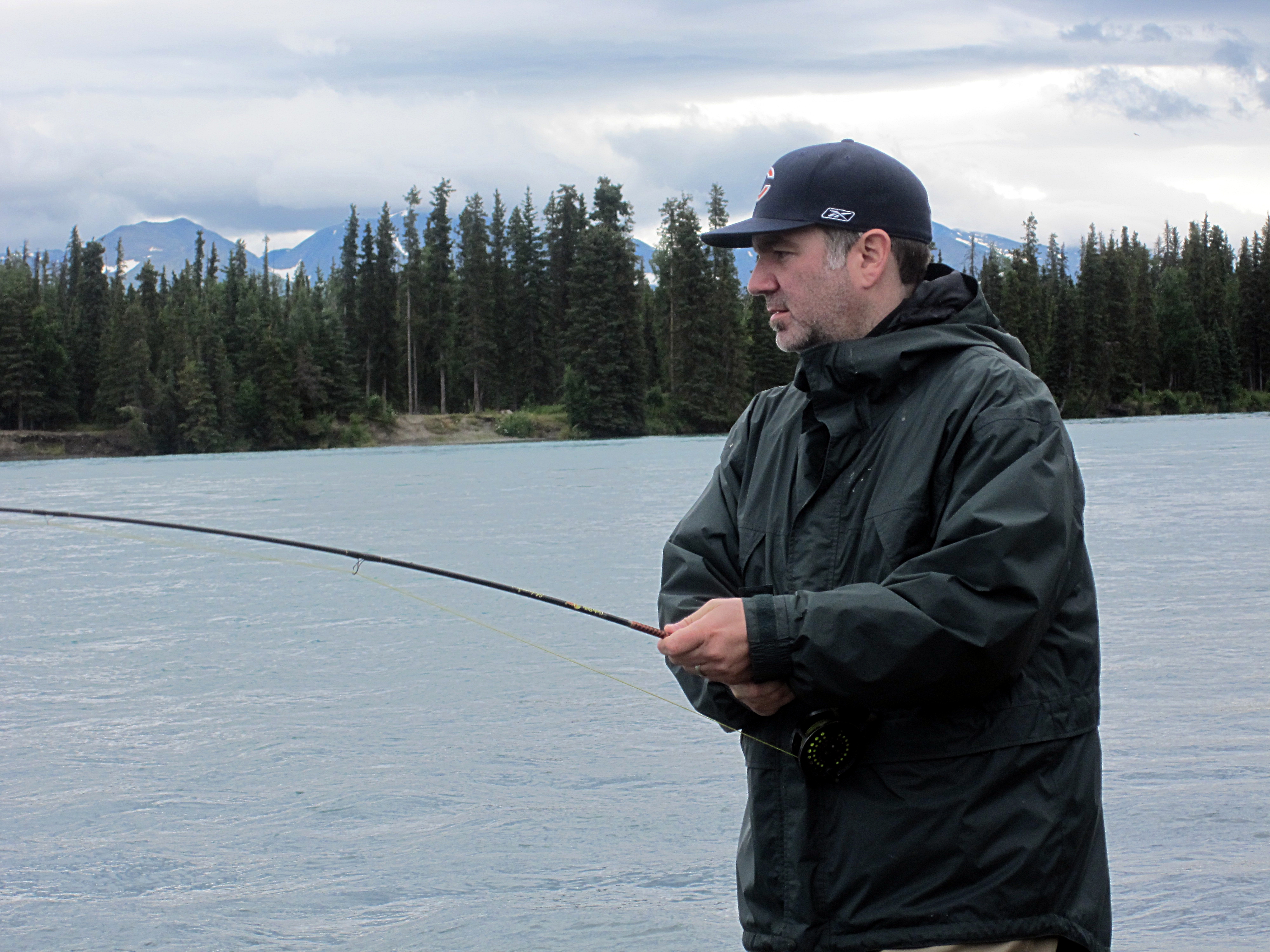 Dan McElroy, Treasurer - Dan has been a fisherman since he was big enough to hold onto a Zebco. Ranging from small creeks and retention ponds of the suburbs where he grew up, to catching crabs on turkey necks at his grandparent’s home in Florida, or pursuing trout and salmon on the streams and rivers of the mountain west and Alaska, fishing has always been in his blood.  His college years were spent fishing Lake Michigan tributaries and obtaining a business degree and environmental studies minor at Valparaiso, and then on to an MBA at the University of Illinois. Dan works as an accounting manager at a marketing firm when he is not chasing walleye, trout, and bass in northern Wisconsin.

As an “adult onset hunter”, Dan has spent the last 10+ years hunting whitetail in Wisconsin during both bow and gun seasons, and ventured west to chase mule deer for the first time this year with his wife Jen, and is looking forward to making a western trip an annual tradition.

In addition to hunting and fishing, Dan continues to enjoy a variety of other outdoor activities across our amazing public lands like hiking, camping, kayaking, and fat biking trails be they in Wisconsin or abroad. 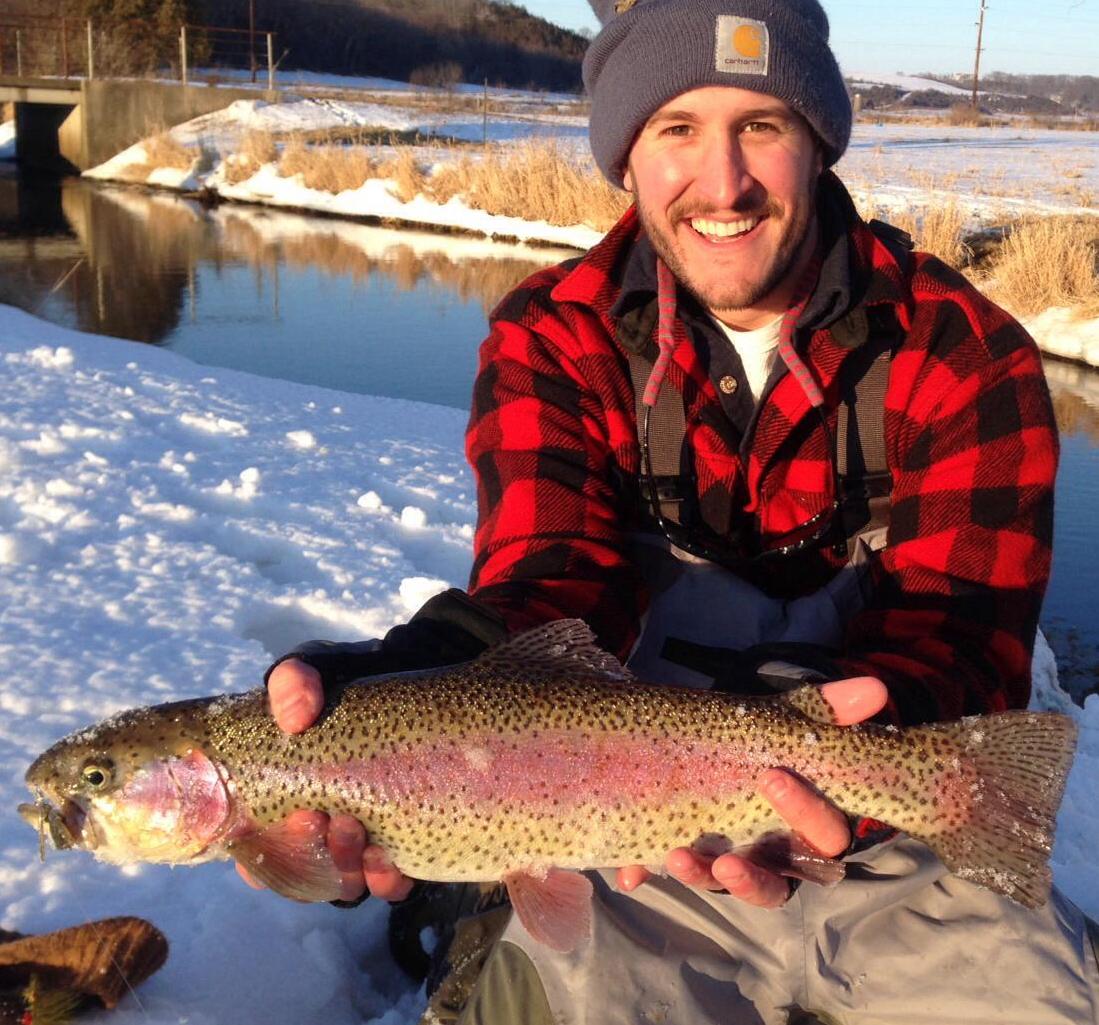 Zach Scott, Secretary - Zach grew up in the small south central Wisconsin town of Belleville and started hunting turkeys and whitetails at the age of 12, mentored by his father. He grew up around the hunting and fishing industry as his father is the owner and operator of a sporting goods store. A passion for the outdoors was instilled at a young age.

This love of the outdoors and wilderness lead him to obtain a degree in Geography and Environmental Science from the University of Wisconsin-Whitewater. Zach currently works for the United States Geological Survey – Wisconsin Water Science Center as a Hydrologic Technician operating real-time river gaging stations throughout the southwestern corner of Wisconsin. He spends the majority of his days traveling the state to stand in rivers and wouldn’t have it any other way. Zach enjoys fly-fishing for trout, hunting whitetails and turkeys with his bow and has deep interests and intentions of hunting elk and mule deer in western states. He is also a devote husband and father to his wife, Kayla and his daughter, Finley. He looks forward to being involved with BHA to work to protect public land and access to those public lands.

Chad Frank, Board of Directors - Chad has spent his life in the outdoors exploring and hunting. From and early age living in North East Wisconsin he can remember spending as much time in the woods and on the water as possible. As he has grown older and has had kids he has tried to pass this passion on to them.

His world has expanded since those early years to now include as much time in the western states as possible. He’s an avid Bowhunter and continue to look forward to spending as much time on our public lands pursuing this passion as possible.

He believes that we should all pass this passion onto as many people as possible, whether young or old, Hunter or fisher, hiker or biker. We have been given a great gift from our forefathers, and we need to ensure that the future generations get to enjoy it as we have. 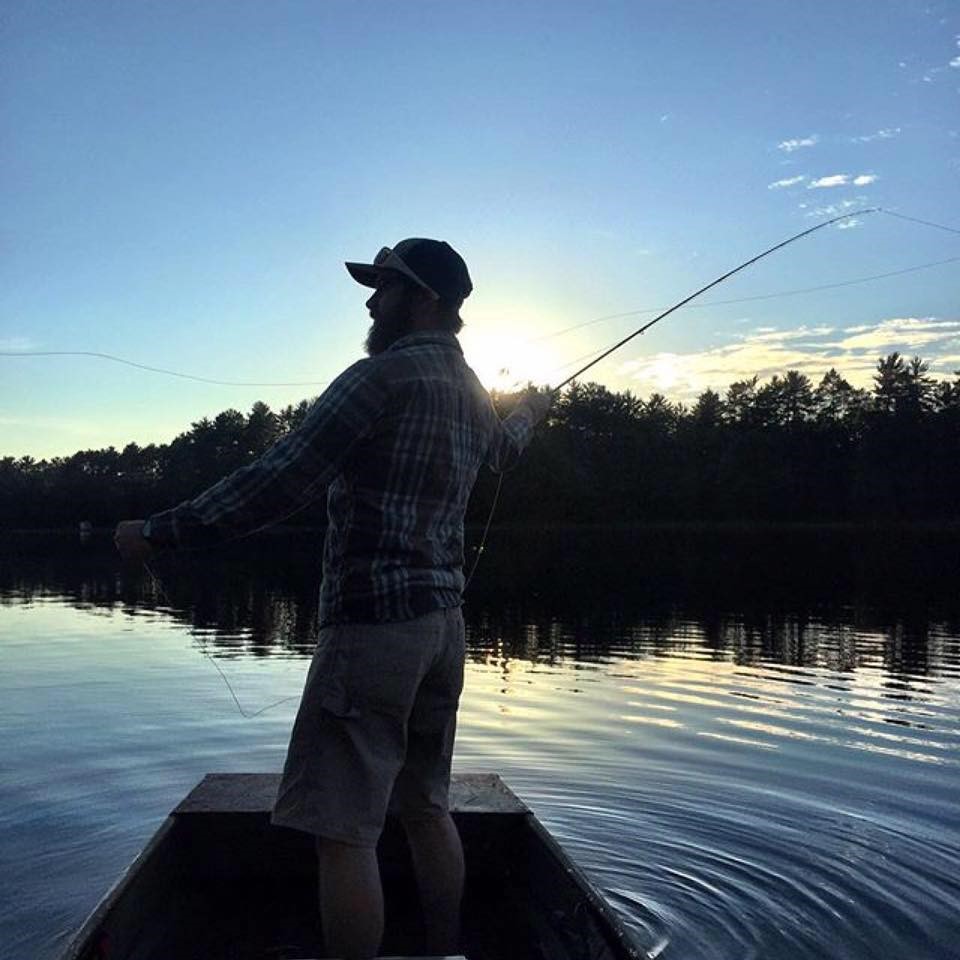 Bryce Schmidt, Board of Directors - As a Wisconsin native Bryce grew up in the South central part of the state in the small town of Belleville. Growing up in the country he spent most of his days outside in nature. His father was an accomplished climber and outdoorsman. At 12 his grandfather introduced him to hunting whitetails in Northern Wisconsin.

Bryce makes his living as the Technician Lead of the Trek Bicycle store. He loves supporting others enjoy the outdoors. Four years ago Bryce picked up both a bow and a fly rod that made his love of the outdoors blossom. Ever since, all of his days off of work you will find him on a creek or trying to get lost in the woods. His favorite activities are fly fishing for trout and bow hunting for whitetails. He is planning out a DIY elk hunt next year in Colorado. Bryce is very excited to be a part of BHA so that he can both improve public land use as well as encourage more people to enjoy what we all own. 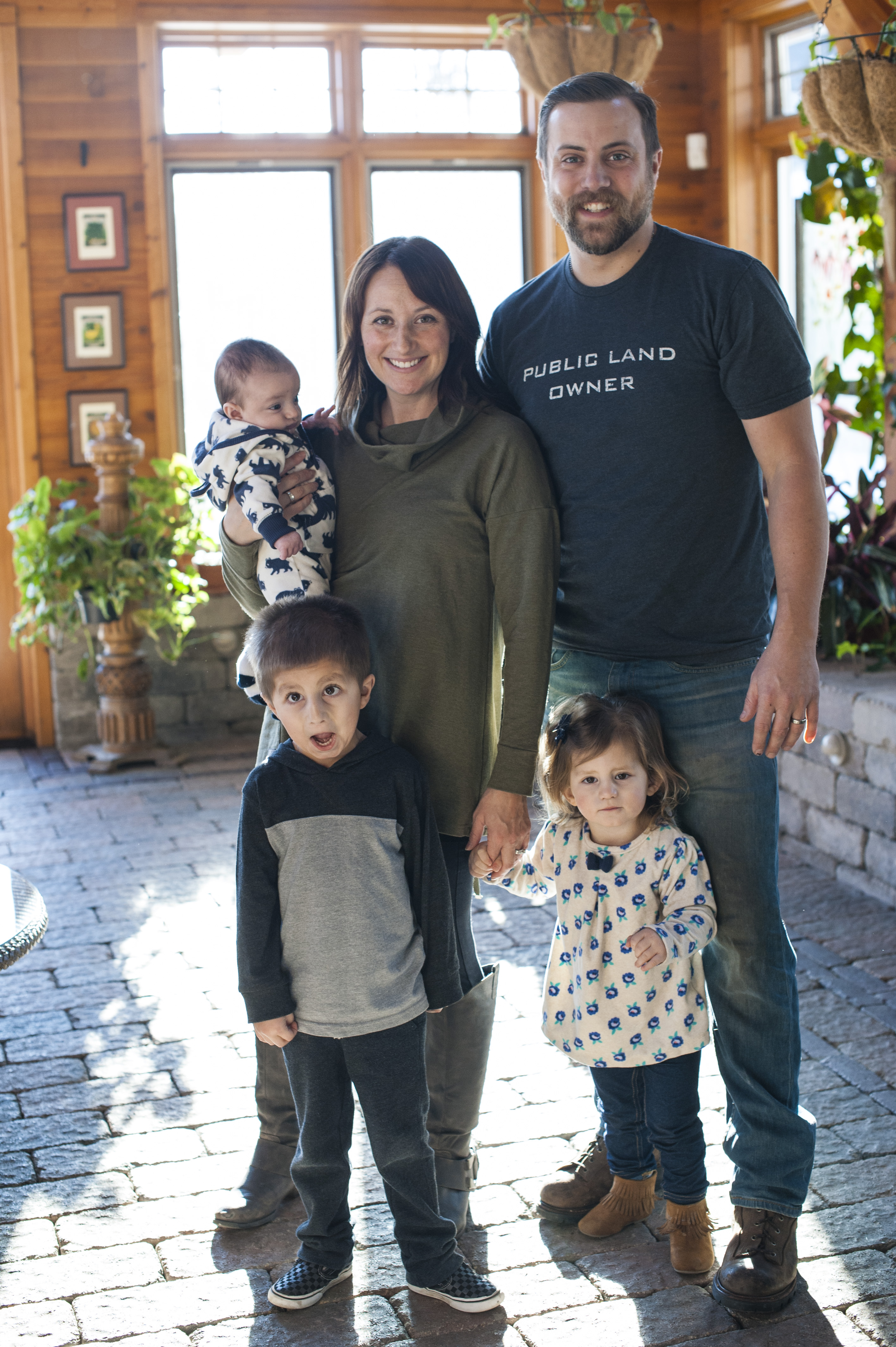 Miles Thompson, Board of Directors -Miles grew up in the small town of Plymouth, WI where he was able to spend most days of his childhood haunting the local rivers and streams for Smallmouth and Trout. Other interests would divert his attention through high school, and he eventually left WI for college. He earned an A.S. in Business Management from Berkeley College in New York…where of all places, on the NYC drinking water reservoirs, he was reconnected with the joys of solitude and reflection so easily found with a rod in hand.

He went on to earn a B.S. in Fisheries Biology from Kansas State University, where he was introduced to bird dog training and bird hunting (by running into a group out training dogs on public land, while he was trying to fish). This new passion helped steer him to Arkansas for graduate work, where there are some of the largest, and arguably the best, tracts of public land available for waterfowl hunting…especially flooded timber. He earned a M.S. in Aquaculture & Fisheries and was lucky enough to land a job back in his hometown managing lakes and ponds (and haunting his old familiar streams once again). He is currently the Ecologist and GIS manager for a private botanical garden in Sheboygan, WI.

With his wife and growing family, he enjoys exploring WI public lands while camping, canoeing, and hiking. Whether it’s just down the road or up in the vast WI Northwoods, he can be found outdoors, actively instilling the ethic of conservation and a reverence for wild, natural places in the next generation. 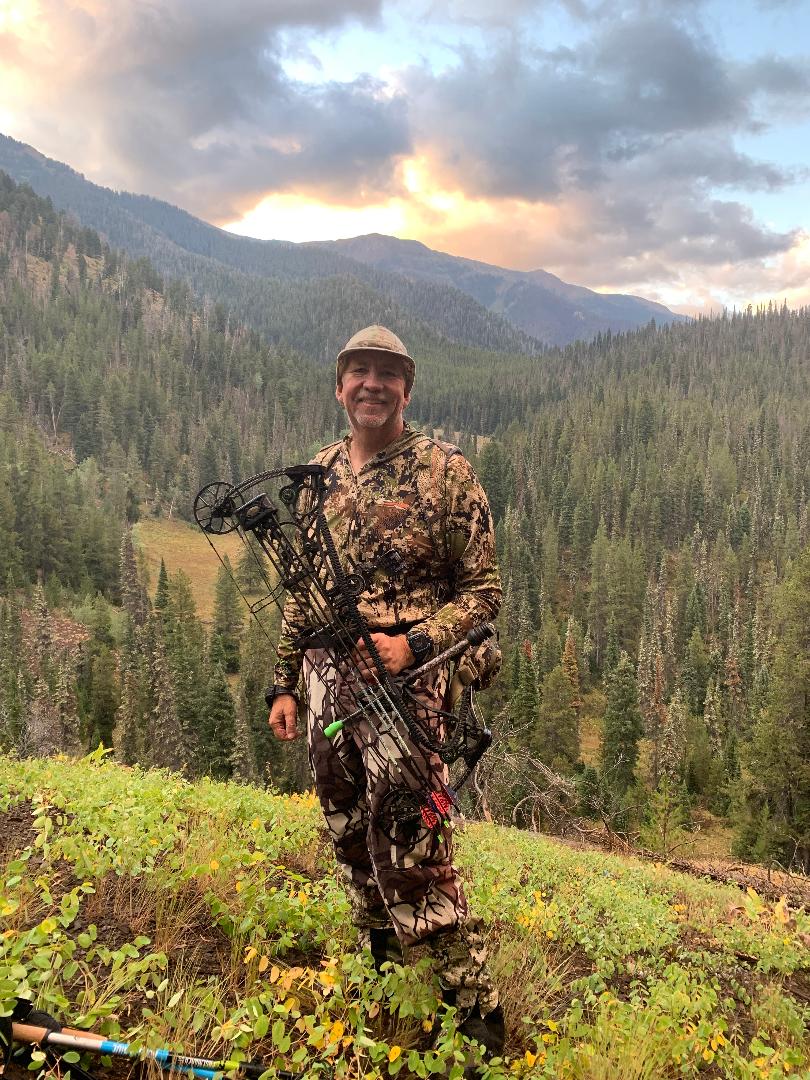 Dean Elbe, Board of Director - Dean lived all over the world while growing up, England, Spain, and Guam were just a few of the places he lived.  It is growing up in places that did not have public lands or waters that he grew to know how important public lands are and what a privilege they are.

He ventures out west when he draws the tags that allow him to do so, an avid fly fisherman and whitetail hunter. He does his best to stay in shape by competing and training for Train to Hunt and Beast Mode Archery events.

He is very proud of his son Matt and Wife Connie and does his best to spend quality time with them enjoying the great outdoors and all it has to offer.

share on
See other pages related to wisconsin bha wisconsin chapter board
Get the latest news and stories, right to your inbox.
Search
Local Chapters