Wilderness, Thoreau, and Me 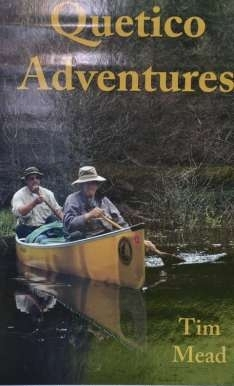 Wilderness. The word conjures up different things, depending on each individual’s perspective.

Wilderness, despite a widespread assumption, is not hostile. A number of years ago I watched a TV documentary on the life of the arctic fox. The narrator kept referring to the “hostile environment” the fox lived in. Deep snow much of the year when mice and other prey were hard to catch. Yet for the fox, this is the best environment. And that’s why the fox lives there rather than in downtown Las Angeles.

In part, the appeal of wilderness for me springs from summers in Michigan’s Upper Peninsula. In the early 1950s, my parents bought a substantial property in the woods a mile or so from what was then a gravel road. In a couple of years, there was a cabin on the land and we visited often. As I grew more confident, I wandered farther afield. Once while in high school I awoke before anyone else, slipped on my clothes and headed out. I saw fresh deer tracks along a dirt road and began following them along a trail parallel to the lake. Suddenly, startling both of us, a buck jumped up a few feet ahead of me and crashed off through the underbrush.

In the years since, my appreciation of wilderness has grown with trips to outpost fishing camps in Ontario and Saskatchewan, float trips for brook trout to the edge of Hudson Bay and rainbow trout in Alaska, hiking and camping in the mountains of North Carolina. No doubt my most significant wilderness trips have been the 27 trips I have made into the wilderness of Ontario’s Quetico Provincial Park.

Wilderness travel has been important to me not only for the rich experiences but also for the values wilderness represents. Those values have often been captured in what some contend is the first environmental writing in the American canon, Walden by Henry David Thoreau. Carl Bode, an editor of Thoreau’s work, called it the “greatest document” of the transcendentalist movement.

I first read Walden when I borrowed it from the high school library. When an undergraduate I wrote a term paper titled, “Thoreau as a Social Critic.” Certainly there is plenty of social criticism in Walden.  I now own two or three copies of Thoreau’s masterpiece, each marked and cross-referenced to other works or other passages.

Among the values, for me, of wilderness travel is captured by one of the most famous passages in Walden. In a chapter titled “Where I Lived, and What I Lived For,” Thoreau urged, “Simplicity, simplicity, simplicity!” and a few lines later, “Simplify, simplify.”

Life in the wilderness, in my experience, is pretty simple. Chores of the day, whatever they may be. Earlier, in the first chapter titled “Economy,” Thoreau said his experience at Walden Pond was marked by “a few implements,” but, “Most of the luxuries, and many of the so-called comforts of life, are not only not indispensable, but positive hindrances to the elevation of mankind.”

Thoreau said he went to Walden Pond, “to live deliberately, to front only the essential facts of life...to live deep and suck out all the marrow of life.” Thoreau’s desire captures much of the attraction of wilderness to me. While there are periods of rest – I especially enjoy an afternoon nap stretched out on a big, flat rock – most of the day is spent living. Setting up camp, breaking camp, portaging, gathering fire wood, cooking the meals. All these are the chores which make up life in the wilderness.

When I head to the wilderness, lots of gear which might find use gets left behind. Bare essentials, items I am pretty sure I will actually use. I am a list maker. Before I head into the wilderness, I check off items on my list as I pack; not on the list, it doesn’t go. By now, my lists are well-established. For folks going with me, I send a copy of the list with instructions, “Take this and nothing else.” On three of my trips to Quetico Park, my travel companions used my list as a starting point. As he lugged extra gear across portage trails, I asked a recent travel companion to weigh when he got home everything he did not use. It came to 85 pounds.

One of the areas where I simplify is my fishing gear. In my bass boat, I carry multiple rods, hundreds of lures of varied colors, depth finders fore and aft. One my Sutton River brook trout trip, for example, I carried only two fly rods and two reels, a couple of dozen flies and half a dozen leaders. Those would have to work. It a friend started catching trout on a fly I did not have, tough. Doubtless without a lure to meet every possibility and no depth finder, I fish better. I have to read the bank or the current, figure out how conditions determine how I can catch fish. Simplify.

In part, Thoreau’s admonition to simplify was a reaction to the materialism of his age. (What would he think now?) In a famous line, he urged, “…beware of all enterprises that require new clothes.” Thoreau hoped to focus attention on the enterprise of life, not the costumes that sometimes seem to overtake life itself.

Thoreau did not go to Walden to be anti-social.  Indeed, Thoreau’s cabin was close enough to Concord he often walked in to town to have dinner with the Emersons. He had, he said, “…three chairs in my house; one for solitude, two for friendship, three for society.”  He occasionally had 25 or 30 guests and they stood.

Among my favorite chapters in Walden is “Solitude.” Thoreau reported he once felt lonesome, in his early weeks at Walden, but he soon overcame the feeling. During a rainstorm he, “was suddenly sensible of such sweet and beneficent society in Nature…as made the fancied advantages of human neighborhood insignificant, and I have never thought of them since.”  He wrote, “I never found the companion that was so companionable as solitude. Much of Thoreau’s perspective parallels that of Emerson’s earlier seminal essay, Nature.

At Walden, Thoreau claimed he had two constant visitors, one an old man who dug the pond and lined it with rocks and trees, and that was Thoreau’s god, and one an old woman whom most never saw but in whose garden Thoreau learned the “original of every fable” of life, and she was Nature.

Once as we prepared to enter Quetico Park someone from the Ely, Minnesota Chamber of Commerce interviewed Larry Barden and me. When asked what I valued of the wilderness, I said, “It was a place to be alone without being lonely.” Often I have taken a coffee cup to the edge of the lake and remained there, quite alone, for hours. Or hiked along the edge of a stream and stood on a beaver dam overlooking the pond.  Only the sounds of nature – the lapping of water at the lake’s edge, the dry of a distant loon seeking a companion, the splash of a trout in the pond – these have been sufficient to keep me company.

Walden is not merely a chronology of some anti-social nature-nut. It is a spiritual work which captures the core transcendental values of nature and man’s place in it, of responsibility for self.  In the chapter titled “Spring,” Thoreau says, “We need the tonic of wildness.” That’s why I go. Wild places are my tonic, my source of personal renewal.   Walden is not the reason I go to the wilderness. But the reasons can be found there.

About Tim Mead
share on
See other posts related to Backcountry Stories, The Campfire
Get the latest news and stories, right to your inbox.
Search
Local Chapters