When We Think We Know It All 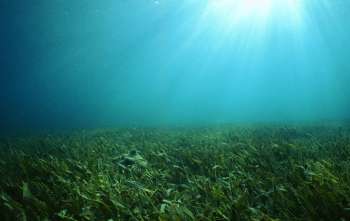 Scientists recently gave the nod to sea otters as unlikely protectors of estuary health. It seems the otters eat crabs which feed on small invertebrates that slurp up algae which bloom when water has increased nutrients in it. The algae grow on the leaves of sea grass-the canary in the coal mine of estuary health-causing less sunlight to reach the sea grass resulting in a die back of the plant. Nutrients increase in estuaries most commonly from nitrogen-rich fertilizers used in agriculture. Rain carries the nitrogen out of the soil and into surrounding waters which carry the load to the ocean. After extensive research, scientists realized it was the presence of sea otters that allowed sea grass to remain healthy and which worked to stabilize the estuary environment.

“It’s almost like these sea otters are fighting the effects of poor water quality,” said Brent Hughes, of the University of California and lead author of the study.

This report is timely in that just last year a ban on sea otters moving from the central California coast to southern California was lifted. The ban was instituted originally due to fear the sea otters would harm fisheries. Ironically, just the opposite may be true. Sea grass acts as nursery habitat for many species of fish, meaning sea otters may actually contribute to the health and abundance of fisheries over all.

The sea otter ban is a sharp example of what happens when we think we know it all.

Another example would be the notion that hatcheries can “make up for” the loss of wild fish, salmon in particular. When America was in a frenzy of dam building after World War II, we thought technology could off-set detrimental effects of “progress”. After all, a salmon is a salmon is a salmon. But there’s more to this fish tale.

Salmon reared in hatcheries return as adults, in anything but a normal pattern. Because smolts are all released at one time, the adult salmon return in a truncated time period as well, causing excess predation due to a super abundance of fish. And, they all die in the hatchery. Wild fish, on the other hand, return to their natal streams in waves over a longer period of time, reducing mortality from predation and keeping small but critical genetic variations alive as each fish returns to its birth stream.

But there’s something else important wild salmon do: they die. And not in a hatchery.

They die in shallow water after spawning, their once vibrant bodies tattered and worn, or are eaten by hungry bears going through hyperphasia before hibernation. Decomposing salmon feed an Armada of insects and invertebrates which help feed non-migratory fish, adding to the ecological complexity of the stream. And, well bears do what bears do, they …..in the woods. And by doing so bring the trace elements found in salmon that also exist in the ocean’s vast waters that help trees and streamside vegetation remain healthy, providing important shade for salmon and other fish. But we forgot about bears, insects and invertebrates when we built hatcheries because we thought we knew it all.

So what does this mean for BHA? We pride ourselves on making decisions based on science. But we also need to be aware of the human tendency towards hubris. And we need to remember, that even while BHA works to protect wildlife habitat, we don’t know it all…and never will. So we should bow to the Precautionary Principle, a statement 172 countries agreed to in Rio in 1992 which states: “Where there are threats of serious or irreversible damage, lack of full scientific certainty shall not be used as a reason to postponing cost-effective measures to prevent environmental degradation.”

In other words, “first do no harm.” And if you aren’t sure all the science is in on any action, then take precautions to ensure the environment won’t be degraded. It’s not a bad stance for BHA to take. Especially when we don’t know it all.