What America's Outdoor Media says about the Public Land Siezure

“Stop this Silly Talk” ... instead of continuing to talk about shedding federal land in America, let’s talk about making what we have more accessible and productive.

“The ‘ultimate disaster’... The idea to sell or give away these lands... is now a major concern.”

“But instead of adding more land, our Federal government, in most cases spearheaded by conservative Republicans whom we love so much for their pro-gun stances, is looking at reducing our public land (bowhunter/turncoat Paul Ryan just made my sh*t list by suggesting such).”

“It’s a very stupid idea.... I think we can all agree that protecting our public lands is probably more important than anything else ... once the public land is gone, we can never get it back again. Public land loss is permanent, period." 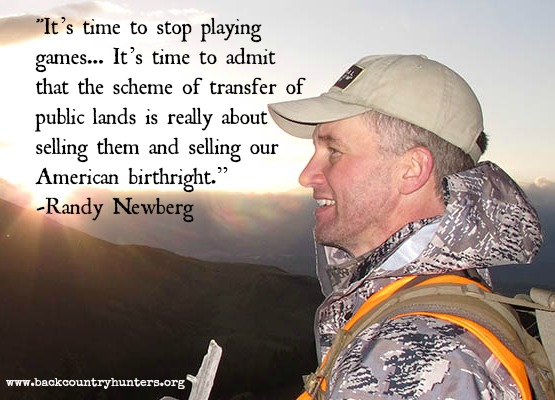 “Boondoggle... It’s time to stop playing games... It’s time to admit that the scheme of transfer of public lands is really about selling them and selling our American birthright.”

"If you care about access to public hunting and fishing grounds -- and you should, unless you want to see hunting limited to just the rich -- make yourself heard!"

“Our public lands are under assault from politicians who want to gut them for short-term financial gain.” 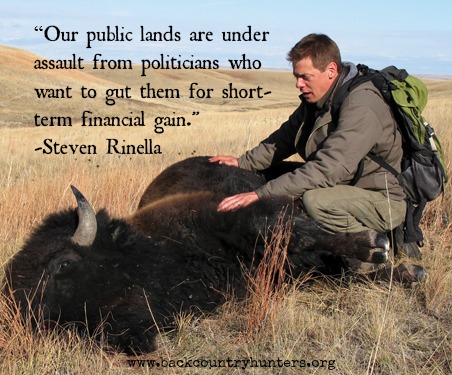 share on
See other posts related to issues media public lands keepitpublic
Get the latest news and stories, right to your inbox.
Search
Local Chapters