Venison for folks who think meat comes from the grocery store

Recently several of us from BHA had the opportunity to join NC Wildlife Resources Commission and our conservation partners NCWF & NWTF at our state farmer’s market to cook and provide samples of wild game meat to anyone who wanted to try it. I must say, despite the 0-dark thirty wake up for me to drive into town from the farm, it was fantastic. As part of this event we provided sign-ups for the Getting Started Outdoors (GSO) workshops that NCWRC has been running and that we have been supporting, along with the opportunity for passersby to take a quick survey on how people use NC’s public lands and waters.

While we had a few “good ol’ boys” that just wanted to come by to give a thumbs up and swap deer or turkey stories, the vast majority of the crowd had never been exposed to wild, locally sourced game before. The crowds were steady from half an hour before we were supposed to be open (9am) until close (5pm) and they plowed through enough deer and wild turkey to feed a small army. One conversation that stood out to me was a man who had just relocated down from the Yankee Stadium part of the world. This gentleman had never handled a firearm, but now that he is in close proximity to a wealth of outdoor resources “wanted to learn to hunt, but had no idea where or how to even start.” A quick sign up and email exchange and suddenly we have another adult onset hunter.

I would like to think that the taste of some of the best meat in the world played a part. When cooking for this sort of a crowd, or even for extended family, I tend to look for preparations that have stood the test of time across cultures, which usually means I end up adapting recipes from the lamb/goat side of things over to venison. This accomplishes two things: (1) it gets away from the can of soup with cube meat in a crock pot that everyone down south seems to think is the only approved deer recipe aside from summer sausage, and (2) if you do it right, makes people go “Wow, that’s the best thing I’ve ever eaten!” independent of the fact that it happens to also be the locavore’s favorite meat.

In this case I went for a preparation common in Malaysia, Indonesia, Singapore, and the Netherlands known as Rendang. Rendang came about as a way to preserve meat and still have it taste good in hot climates. A large number of the flavor and spice additions have anti-microbial qualities, and properly cooked rendang will keep for up to a month and still taste fantastic. In addition to having a great, not-too-spicy, melt in your mouth and keep you coming back for more taste, it is perfect at hunting camp as refrigeration (especially in hunting season) isn’t mandatory and it can easily be cooked in a single Dutch oven. With some rice or roti, it is a great dish when you have just hiked more than you thought you could, carrying more than you should have, and just want to put your feet up and relax.

With the recipe below, you can leave it a little wetter and get what would be termed a Kalio, which is more popular in the Netherlands. But be aware, the wetter it is the shorter it will keep.

Haunch of venison, cubed and curried Malaysian style, with strong influences from too much time spent in Singapore and the Netherlands (where this dish is also a favorite). Mildly spicy, with a rich flavor profile from chili, coconut milk, and spices.

This dish uses malaysian lamb curries as the base inspiration and can be varied quite a bit for desired dryness, as well as spice profile.

salt and sugar to taste

Using a large Dutch oven, get a good sear on the cubed deer meat, taking care not to overcrowd the pan. Once seared nicely deglaze with a bit of water or shaoxing wine, and add in the spice paste, lemongrass, a bit of sugar, along with the toasted coconut. Stir and cook on med-high heat until the space paste changes color, about 5 mins, then add the coconut milk and curry leaves, and bring to a low boil. Cover and simmer on a low temp for at least an hour and a half, adding more coconut milk or water as needed if it gets too dry. Cut heat and keep covered for 30 mins once the meat is tender, and sauce is thickened to liking. Serve with jasmine rice and / or roti. 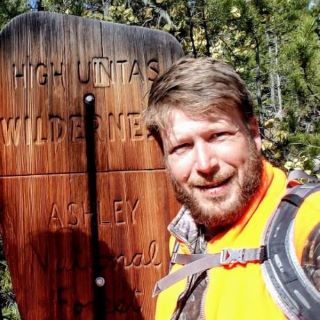 CTO and Founder at mesur.io - avid hunter, fisherman, and dedicated to conservation and protection of the environment

share on
See other posts related to NC News
Get the latest news and stories, right to your inbox.
Search
Local Chapters