The Legacy of the Land and Water Conservation Fund 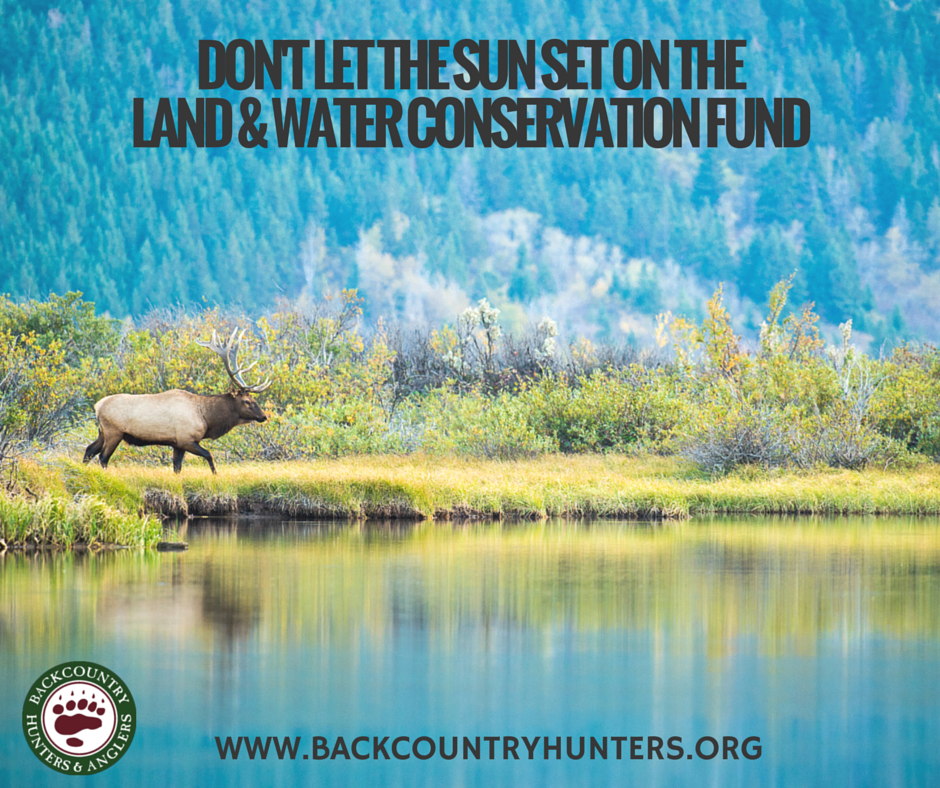 The following is a compilation of images of the places that we hunt and fish; public lands secured through funding from the Land and Water Conservation Fund (LWCF). The LWCF was set-up by congress in 1964 to fund public acquisition of land and water, and easements through revenues from oil and gas leases on the Outer Continental Shelf (OCS). Since its creation LWCF has funded land acquisitions and easements on more than 7 million acres. Many of the places that we hunt and fish have benefited from LWCF, through the purchase of: private inholdings within wilderness areas; easements limiting development along wild and scenic rivers; and wildlife corridors between formerly detached blocks of habitat.

Funding for the LWCF is currently being debated as a provision within the transportation bill (S. 1813). In recent years, funding has been used for purposes other than what it was originally intended for. However, the senate has recently included language within this bill which would ensure a minimum of $700 million per year be dedicated to conservation. The LWCF has had a long history of bi-partisan support. Tell your Congressional Delegation that you support dedicated funding for LWCF!

Serves as a wildlife corridor between the Mission Mountains Wilderness and the Bob Marshall Wilderness, providing habitat for bull trout, grizzly bear, elk and deer. It lies between two of the largest blocks of contiguous habitat in the lower 48, thus drawing hunters and anglers from across the country.

Offers unique fishing opportunities for native red band trout and hunting for sage grouse and California big horn sheep. The Ohwyhee lies within one of most remote areas in the United States.

The Skagit offers fishing for chinook, pink, coho and sockeye salmon, as well as steelhead. The lower portions of the river offer world-class waterfowl hunting on what is the largest river within the Puget Sound watershed.

Offering prime elk and deer hunting and world-class steelhead fishing, the Middle Fork Clearwater was one of the first areas to be designated as “Wild & Scenic” in 1968.

An oasis for waterfowl! The Bear River Migratory Bird Refuge is a hot spot for both game and non-game migratory birds, offering some of the best waterfowl hunting in the West for species such as snow geese, cinnamon teal and speckled belly geese.

The Desert National Wildlife Refuge provides one of the largest remaining intact blocks of desert bighorn sheep habitat, offering those hunters lucky enough to draw a tag with truly wild hunting opportunities. Mule Deer are also common. Over 1.4 million acres within the refuge have been found suitable for wilderness designation. A wilderness proposal for this land is currently being considering as part of the Comprehensive Conservation Plan (CCP) environmental impact statement (EIS) process.

BECOME A MEMBER OF BHA!

GET INVOLVED WITH YOUR LOCAL CHAPTER!

share on
See other posts related to access bha news lwcf
Get the latest news and stories, right to your inbox.
Search
Local Chapters