The Ambler Road: A Threat to the Brooks Range Wilderness 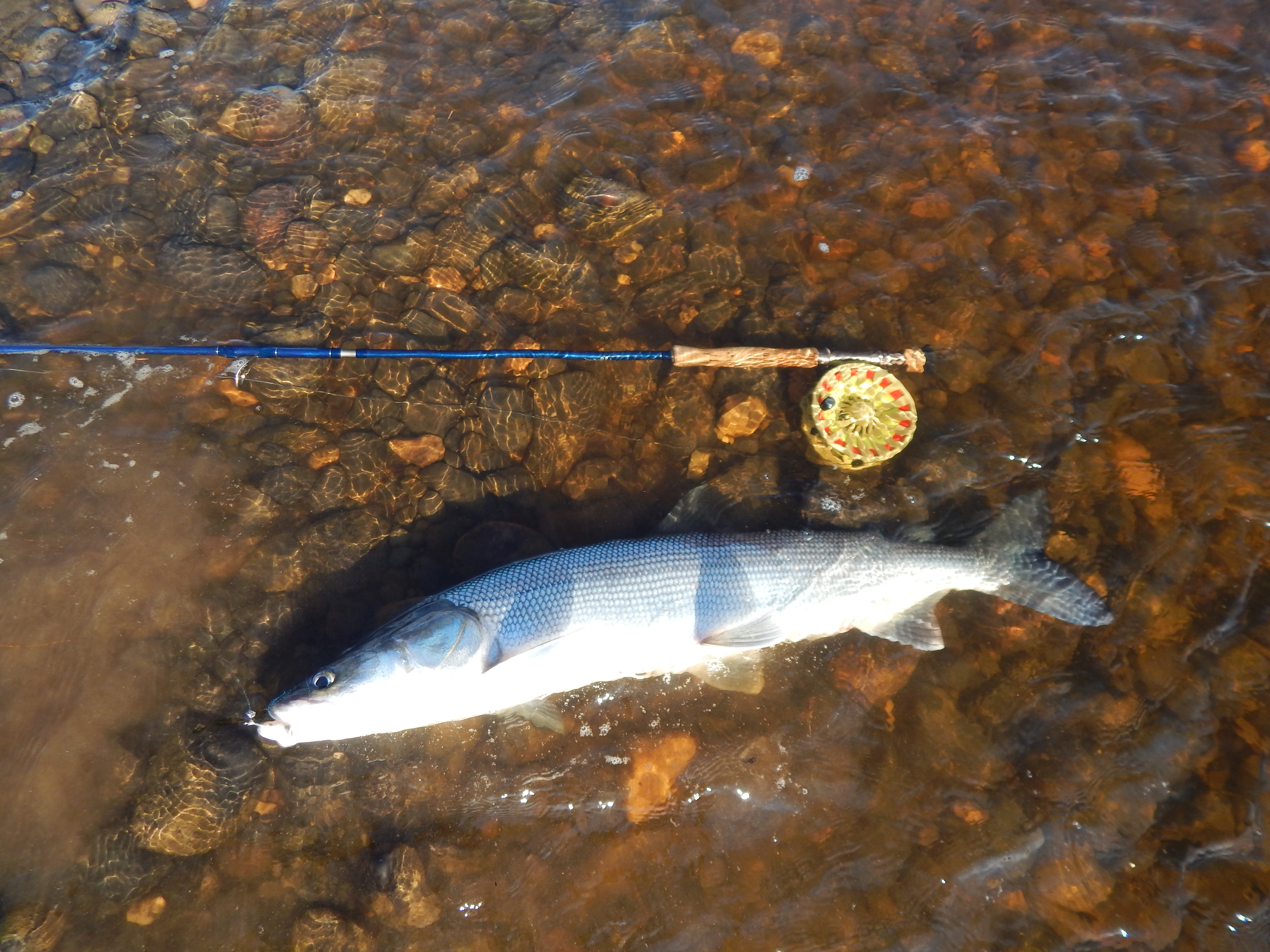 When I was young, my family and I were camped above the shore of Walker Lake preparing for a 10-day raft trip that would take us down the Kobuk River, to the village of Kobuk. Walker Lake sits just inside the Gates of the Arctic National Park, nestled into a valley on the south side of the Brooks Range, about 75 air miles to the west of Bettles. The mountains rising up on either side of the lake shore are covered in white spruce and tall shrubs that give way to tundra and rock as they gain elevation.

Sitting on the shore of the lake, the remoteness, and lack of any ambient sound is almost enough to convince a person that they are the first to step foot in the place. It was not my first time being in a remote place, far away from roads and towns, but Walker Lake seemed different. To be cliché, it seemed untouched and admittedly my naïve young brain couldn’t help but wonder if I hadn’t just discovered some unseen place where no explorers or pioneers had been before. The sound of the Dehavilland Beaver’s rotary engine starting up and idling down the lake was a reminder that I was not in an undiscovered place. In fact, Walker Lake has been used by people for much longer than float planes have been dumping loads of rubber rafts, white gas, and Helly Hansen rain gear off on its beaches. 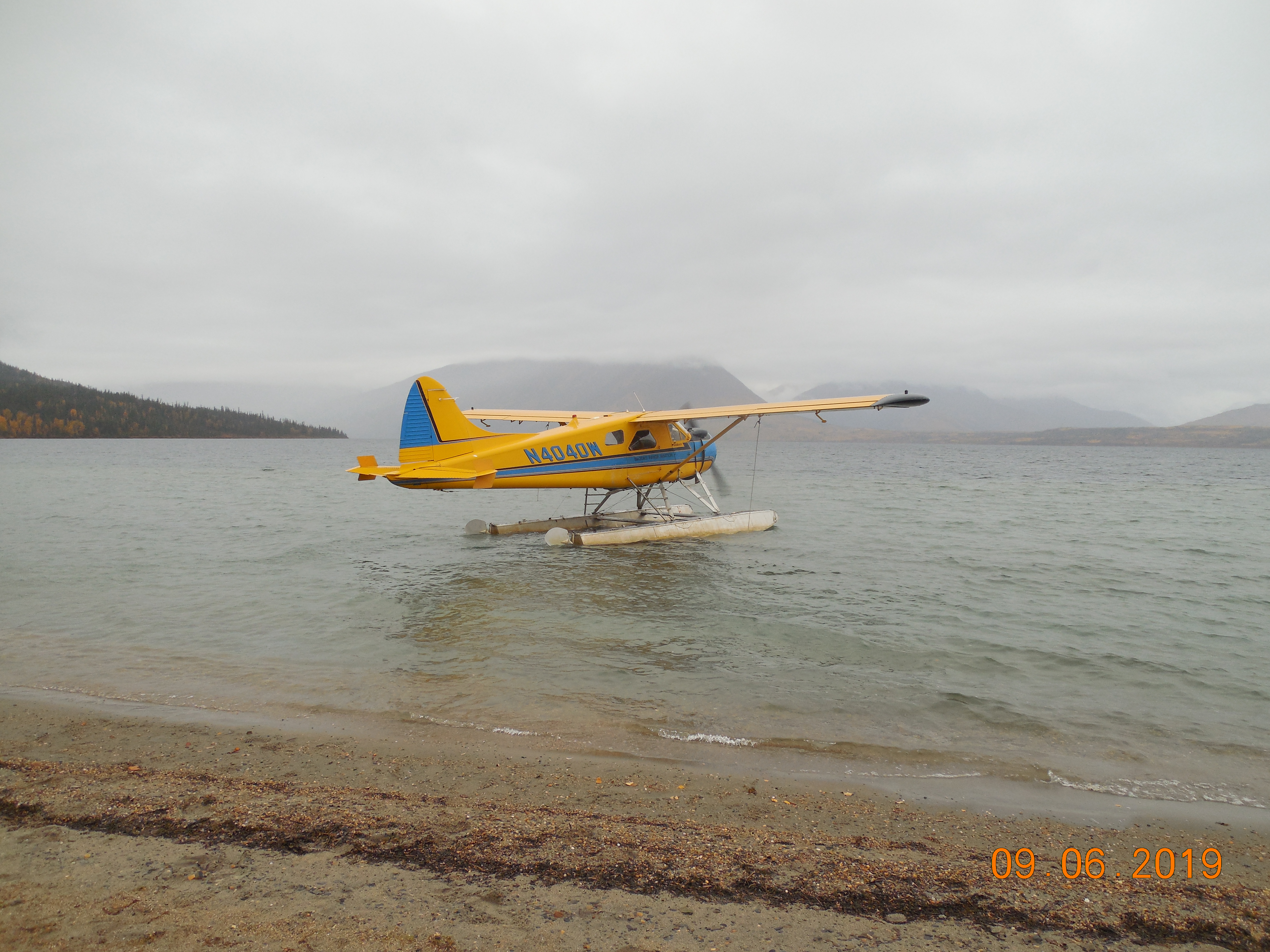 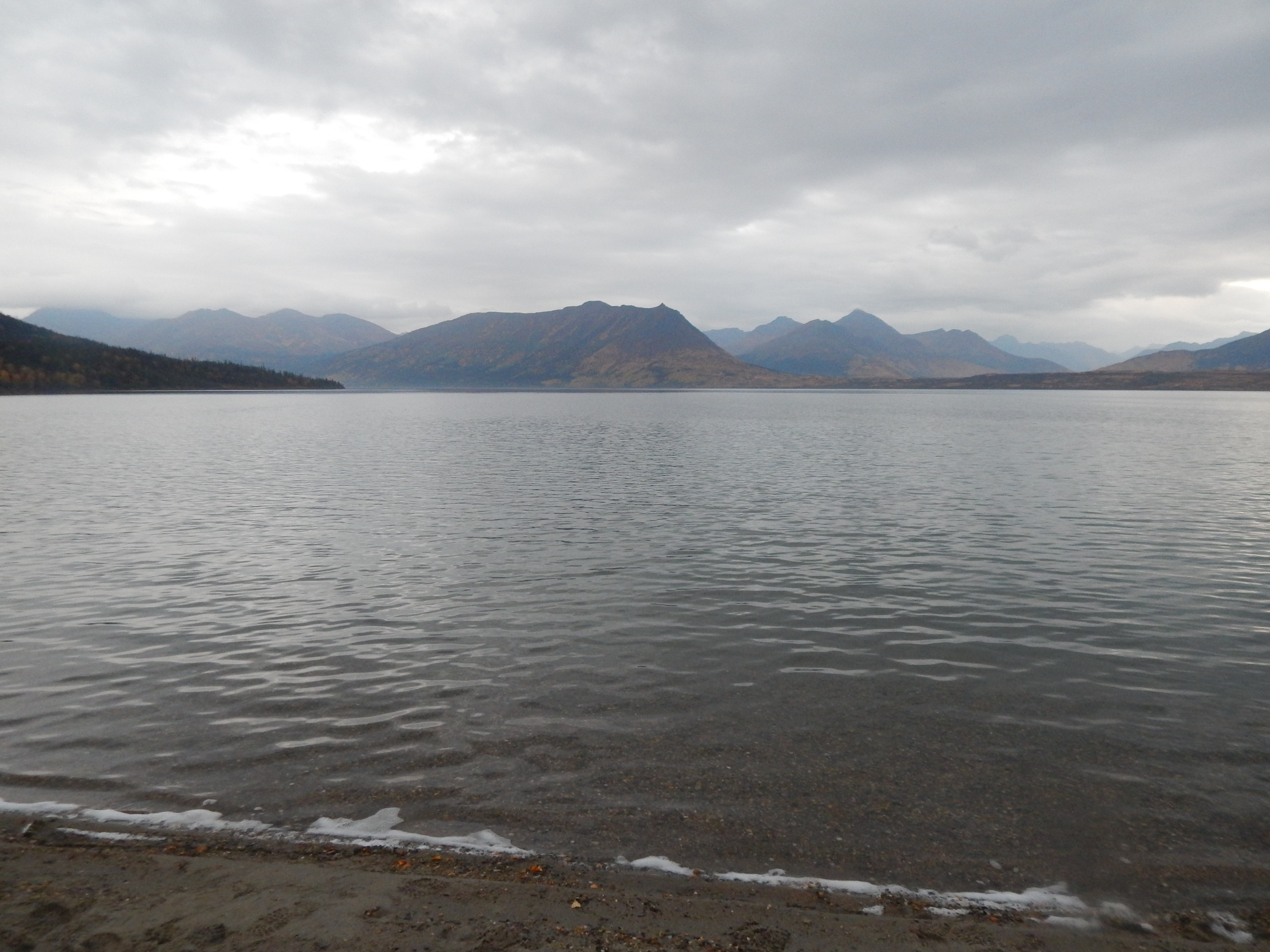 If you look carefully enough, in the tundra above the shores of the lake you might see a shining piece of obsidian exposed in the tundra. A napped spear point or some other tool, left behind from people that came to the lake a very long time ago. They may have been hunting caribou, catching fish, and gathering berries, the same things that their ancestors, who still live in the area, use the land for today. The same things that visitors to the area can still do (once out of the park), hunt, fish, pick berries, and experience a landscape that has for the most part remained unchanged since those spear points and tools were left in the tundra. Both of those experiences are at risk, the subsistence hunter who relies on the land to provide fish and game, and the visitor seeking a true remote backcountry hunting and fishing experience.

The proposed 211-mile, private Ambler Road will leave the Dalton Highway and drive west towards its destination on the Ambler River. It will run along the south side of the Brooks Range traversing miles of undeveloped land before it enters the Gates of the Arctic National Preserve and punches across the Kobuk River, several miles south of its confluence with the outlet of Walker Lake. In addition to the main stem Kobuk, the road will cross seven major Kobuk tributaries and sections of three other rivers designated as “Wild and Scenic.” In January 2021, the federal permits for the road were issued and a joint record of decision was signed stating that the EIS was complete. However, there have since been several concerns raised by conservationists and tribal groups about how the EIS was performed. This includes claims that the process was rushed and that impacts to fish and wildlife habitat were not thoroughly analyzed, and that negative impacts to hunting and fishing opportunities were downplayed.

With 50 years of planned use, an estimated 168 truck trips every day, and the inevitable spills that would occur, the road would have detrimental impacts to fish and wildlife habitat. Habitat that supports the world famous sheefish fishery, salmon spawning, and the western arctic caribou herd would all be impacted, as well as dozens of other game and nongame species. Recent research done by Alaska Department of Fish and Game, The National Park Service, and The Wilderness Society has shown that the Red Dog Mine road  (a shorter road, with less traffic) can delay caribou migration for greater than 30 days. The full extent of the impacts of delayed migration on caribou are not fully known, but the research stresses that maintaining connectivity between seasonally important ranges is crucial for migratory animals. The Ambler Road will bisect almost the entire migratory range of the western arctic caribou herd.

Aside from the numerous impacts to fish and wildlife habitat that the road will cause, the road is one more cut through the landscape that as Alaskans, we value so much. It will cut through our freedom to pursue the values BHA stands for, solace, adventure, challenge, and healthy lands and waters. The kinds of experiences that a place like the southern Brooks Range offers are becoming harder to find as wild country is reduced, and wildlife habitat is degraded and fragmented. The Ambler Road will take one more of those special places off the map. 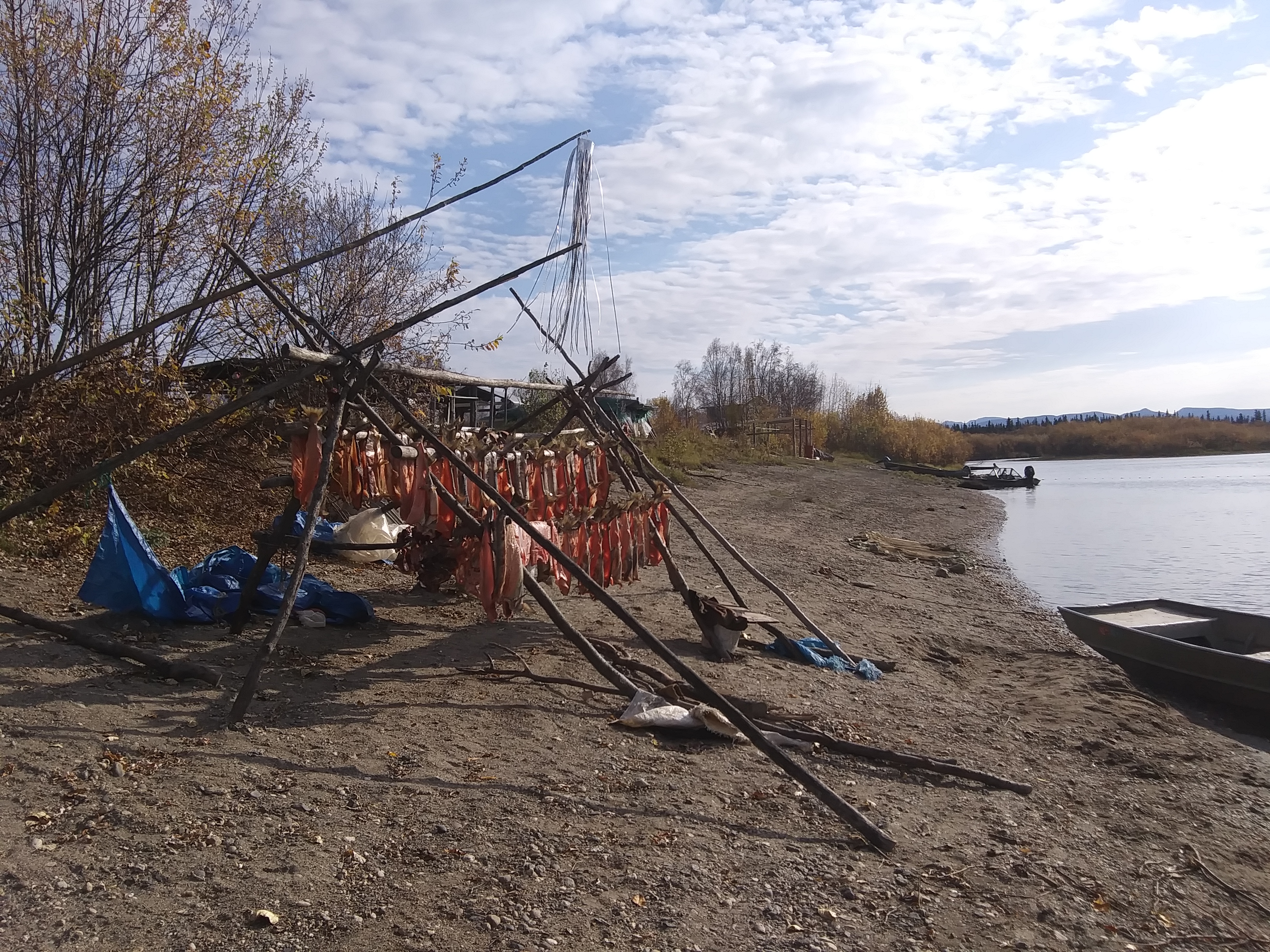 Alaska BHA has opposed the Ambler Road project for several years, attending many scoping meetings, submitting comments on the EIS and writing about member experiences on the Kobuk River to raise awareness. Currently, the project is moving forward and the opportunity for public input is limited. Several tribal groups have brought a lawsuit against the federal government to stop the project from going forward which may delay the process. On the state side, the state owned corporation Alaska Industrial Development and Export Authority, has spent tens of millions of dollars on Ambler Road work with very little opportunity for public input.

You can take action by emailing Secretary of the Interior Deb Haaland and Acting Assistant Secretary of the Army for Civil Works Jaime Pinkham. We suggest keeping it simple, here's a sample you can copy and paste:

I am writing about the proposed Ambler Industrial Access Road, a private mining company road which threatens to cut through the Brooks Range in Northern Alaska and negatively impact huge amounts of fish and wildlife habitat. I ask that your agency revoke the permits that have been issued for the road, and conduct a new environmental and cultural review.

About Alaska BHA
share on
See other posts related to alaska issues
Get the latest news and stories, right to your inbox.
Search
Local Chapters