Tacos On the Fly 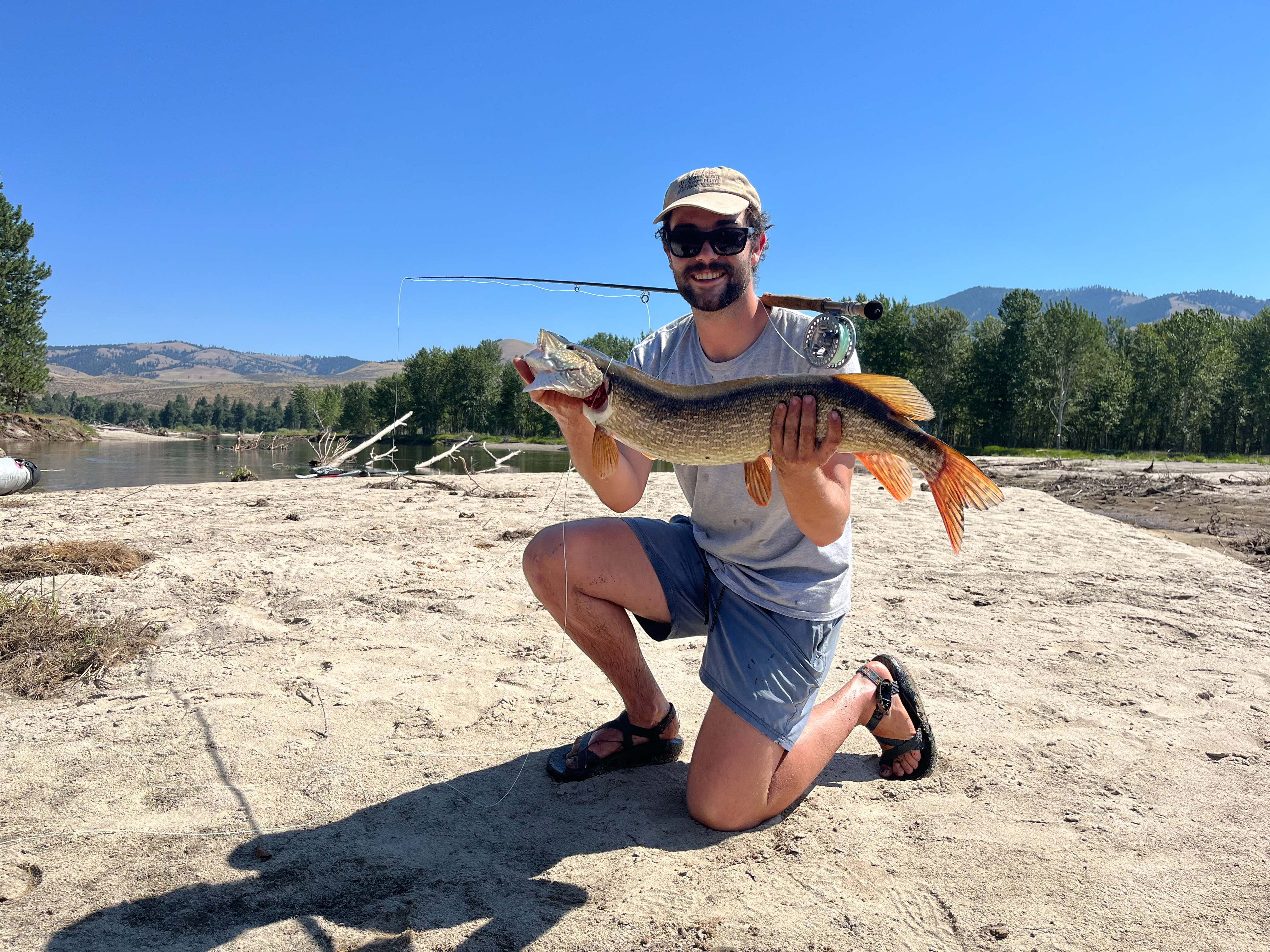 July in Missoula is characterized by days floating the three major rivers that run through town; the Clark Fork, the Bitterroot, or the infamous Blackfoot, and evenings spent attending concerts at the Kettlehouse Amphitheater or downtown at Big Dipper Ice Cream. One particular float trip with an impromptu visit by a BHA collegiate club member will continue to serve as a reminder to me of what we already knew--community is the secret sauce of BHA.

North Carolina State University club president, Houston Bumgarner, worked this previous summer as a fisheries technician for the U.S. Forest Service. With a fieldwork schedule of 8 days working off-grid, collecting water samples and fish data in the forests and plains of eastern Oregon. 8 days on, allowed him 6 off to explore the western United States in his downtime. I was introduced to Houston at our local- 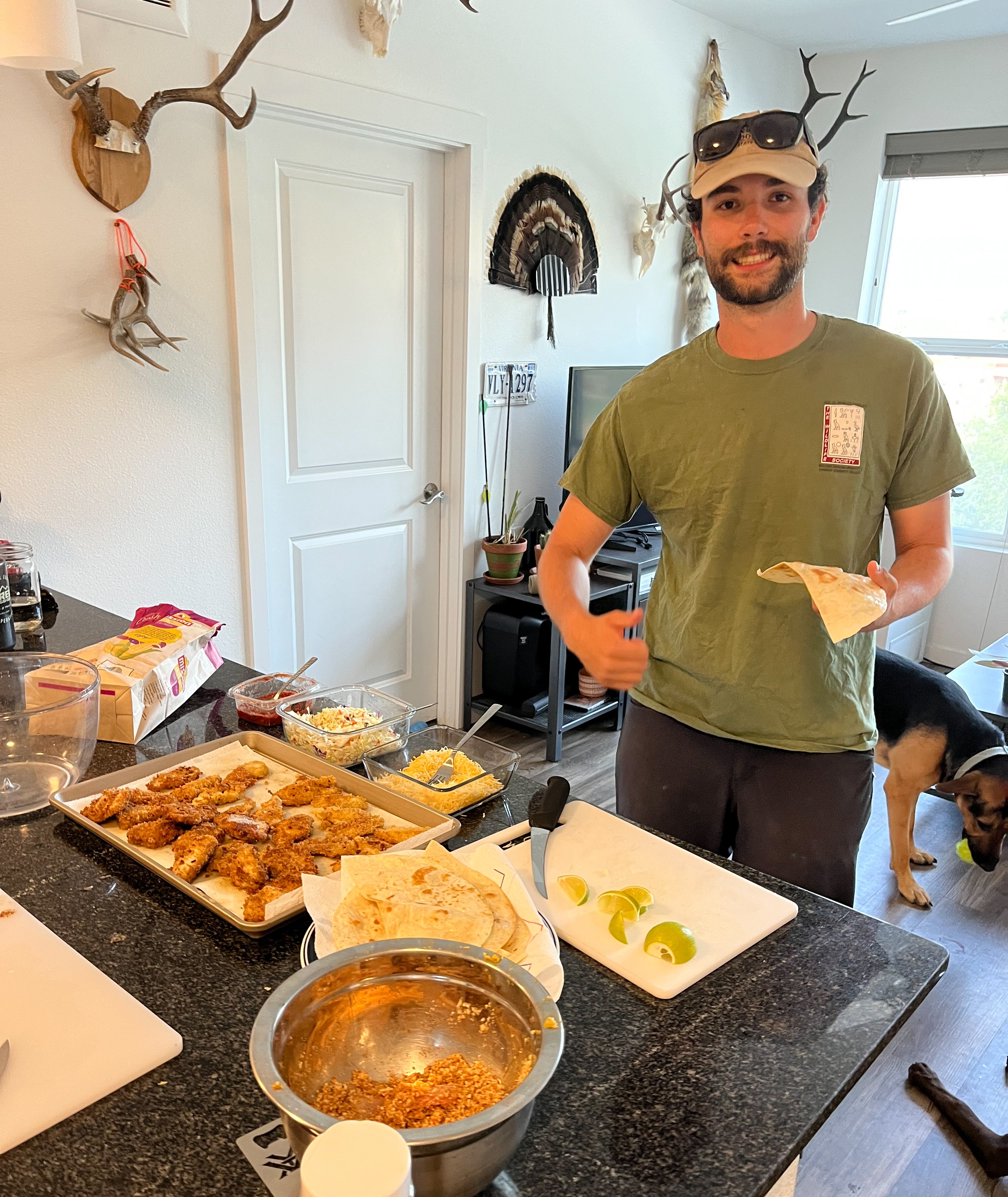 watering hole by BHA's Collegiate Program Coordinator, Kylie Schumacher and it quickly became apparent that during his time off, Houston was open to whatever adventure presented itself. After another beer...or two, plans were set for Houston to join my roommate, University of Montana collegiate club member Kenzye Spears, and my 3-month-old chocolate lab pup, Lynyrd to float, camp, and pike-fish our way along the Bitterroot River, just south of Missoula. 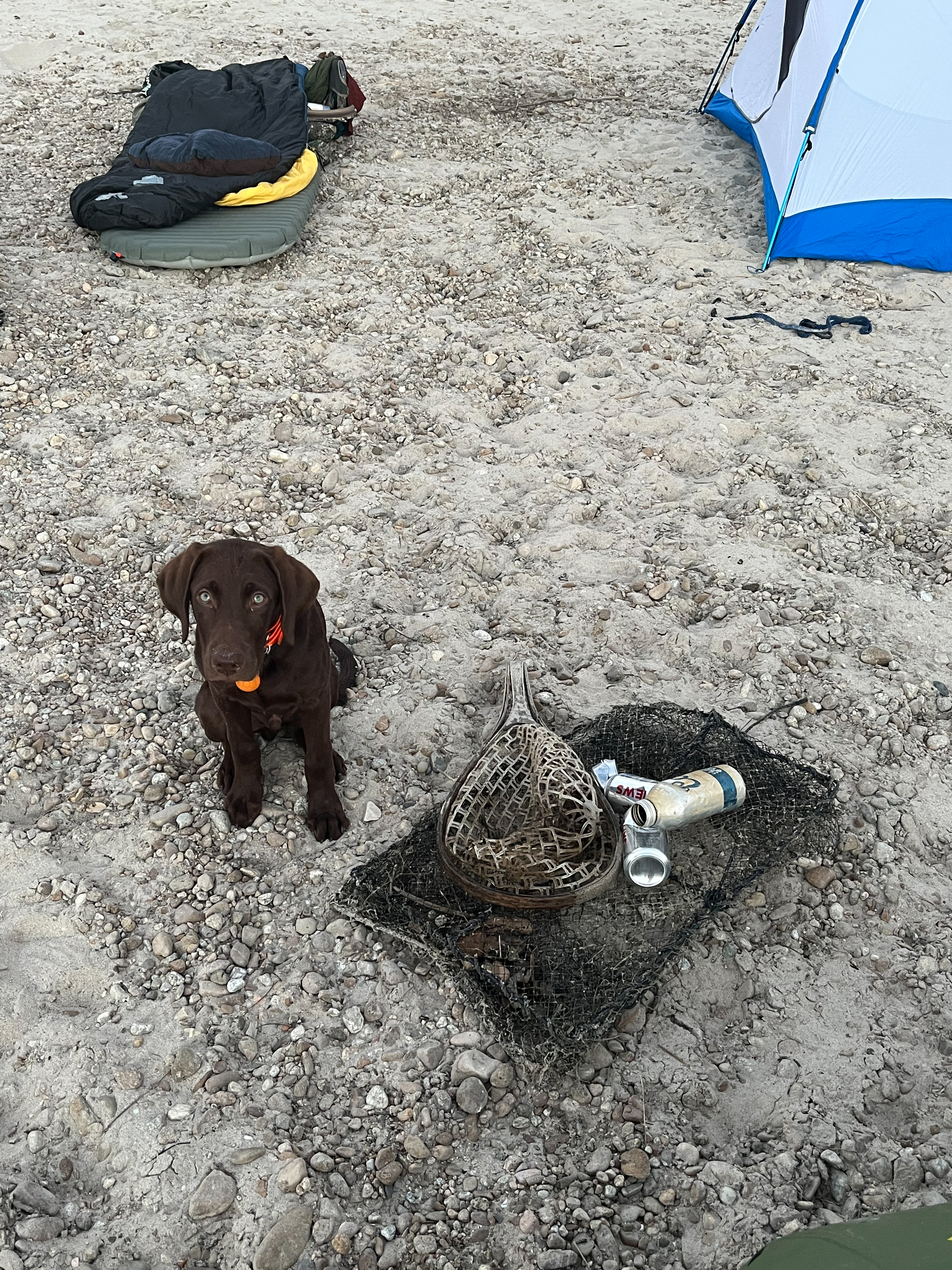 We spent that night in my air-conditioned apartment, (a reprieve from a summer spent living out of his vehicle) then set out the following morning, pack-rafts and fishing rods in tow. After a somewhat unsuccessful first day of fishing, we cooled off in the river to soothe some pretty gnarly sunburns, later gathering up trash we found along the bank. The following morning, we fixed coffee and set back out after those prehistoric beasts. Despite the logjams and snags, Houston landed two on the fly. We enjoyed the fruits of our labor Sunday evening in the form of panko fried pike tacos and ice-cold Corona (with limes, of course). Drink in hand, we regaled in the highs and lows of a weekend well spent, smiling through sunburnt lips.

Now as I write, I continue to come back to one word – community. Montana has cooled off now and I've swapped the rods and rafts for duck decoys but the BHA community continues to weave its way into my life. On both coasts and across the border to Canada, our shared values and conservation mission turn strangers into friends, further solidifying our resolve to protect these places that bring us together. In such a divisive time, weekends like this keep me grounded and remind me of the things we have in common – our public lands, waters, and wildlife.

Andrew is BHA's Merchandiser/Operations team member and hails from Virginia. Andrew attended the University of South Carolina to pursue a degree in political science and criminal justice and now roams the Big Sky State looking for birds with his dog, Lynyrd.

Houston is a senior studying fisheries, wildlife, and conservation biology at North Carolina State University. After spending his whole life in Raleigh he plans on exploring the country after graduation and working conservation technician jobs along the way.