Restore Our Salmon and Steelhead

Restore Our Salmon and Steelhead

Snake River salmon and steelhead are iconic species. Huge runs of large, strong fish historically made the journey from the Pacific Ocean up the Columbia to the Snake River and vast array of tributaries in Oregon, Washington and Idaho to spawn. They are indicator species that speak to the health of a watershed and are revered for sustenance and sport by anglers. The loss of Snake River salmon and steelhead, all federally listed as endangered or threatened, creates severe ecological, cultural and economic impacts to Idaho, Washington and Oregon communities.

Many factors, including the hydro-system, hatcheries, degraded habitat, a warming ocean and increased predation, among others, are responsible for the continued decline of these iconic species. The past three years have seen near record low returns of steelhead, chinook and sockeye salmon throughout the Snake River.

In 2019, in concern for meeting hatchery brood stock requirements Idaho closed all fishing for steelhead in the Clearwater River basin for the remainder of the year. Following that decision, Oregon and Washington closed almost the entire Columbia River to recreational fishing for salmon and steelhead.

More than just recreational opportunity, the economics of salmon and steelhead are just important to the economies of the Northwest. The American Sportfishing Association states that over 2 milllion anglers in Idaho, Oregon and Washington generate $4.8 billion annually and support nearly 36,000 jobs.

To date, over $17 billion has been spent on failed recovery efforts. At the risk of extinction, Snake River salmon and steelhead need our help. Thanks to Rep. Simpson (R-ID), a thoughtful and comprehensive plan to remove the four dams located in the lower Snake River has been introduced. We encourage you to ask your lawmakers to work with Rep. Simpson and the Washington, Oregon and Idaho delegations.

Govenor Jay Inslee (WA) and Sen. Patty Murray (D-WA) have released a feasibility draft report for breaching the lower Snake River dams (LSRD). The report outlines the many prerequisites that would need to be considered before breaching can occur. You can find the report HERE. Currently, the draft report is under review and open for public comment through the project website: https://www.lsrdoptions.org/.

We are excited to work closely with the delegations and finding solutions that use a science-based approach and engage stakeholders on restoring salmon and steelhead populations. By working with stakeholders and having inclusive conversations we can pass long overdue federal legislation that will provide funding, to accomplish the following:

Catch up on our panel discussion with Trout Unlimited, Idaho Wildlife Federation, Idaho Guides and Outfitters Association and Meateater here! 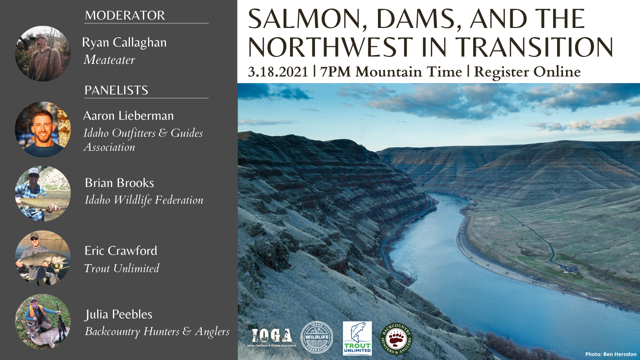 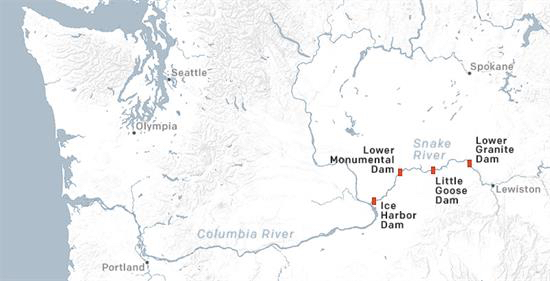 For more information, see a detailed report from our partners at Trout Unlimited 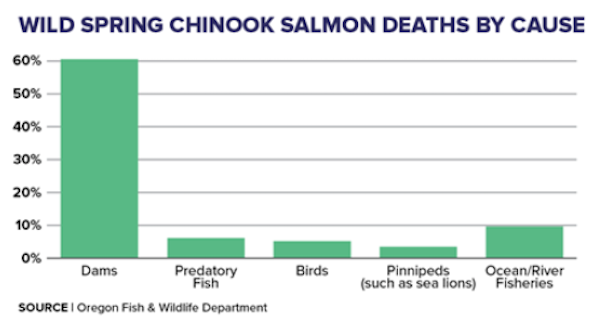 Are you ready to get engaged? Take action now to contact elected officials and ask that Rep. Simpson's proposal becomes reality!